Honey the beagle was surrendered to the Niagara SPCA because she was so fat, she couldn’t even walk.  Her owner wanted her to be put down — but shelter workers refused. 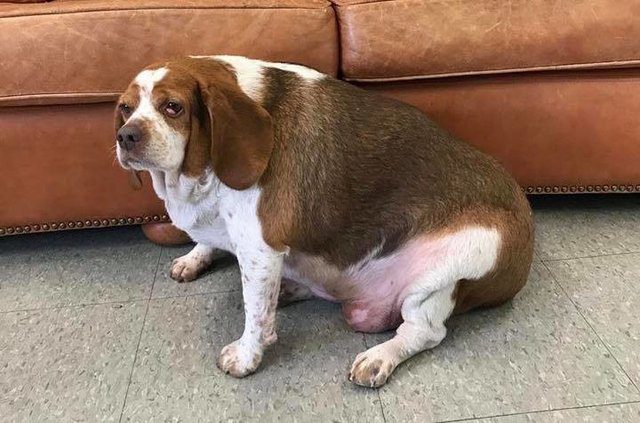 “She was so young, and we knew we could help her lose the weight,” Sue Cable, Honey’s current foster mom said.

Honey was examined by a vet and found to have a thyroid problem. She was given medicine that helped her lose 5 pounds. But it was obvious that wasn’t the only thing contributing to her weight gain. 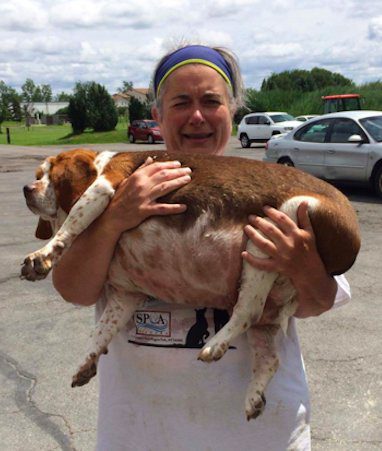 “All we know is that her owner had dementia that was progressively getting worse,” Cable explained. “She got to the point where she struggled to remember whether she had fed Honey or not, so she just kept feeding her.” 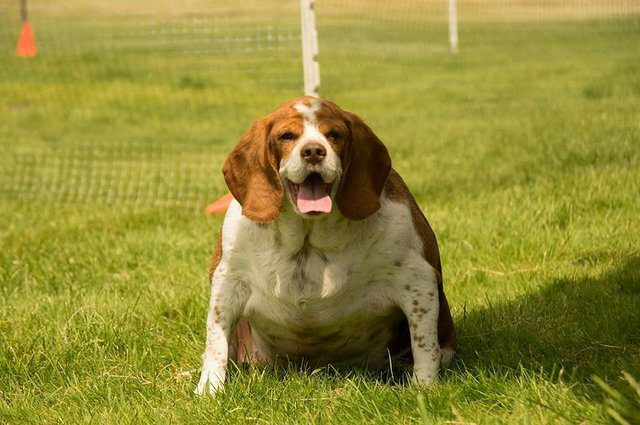 Honey weighed a whopping 68 pounds! A healthy beagle her age should only weigh around 20 pounds. 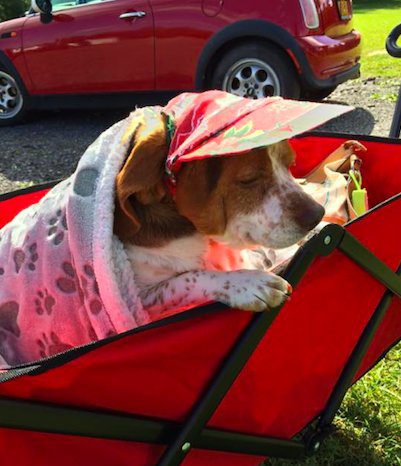 “She was immobile,” Cable said. “Her belly would drag the ground and the only way she could move as if she pulled herself forward with her front legs.”

The shelter devised a special workout plan to get Honey to lose weight. They took her to a shallow pool a few times a week to help ease some of the stress on her joints from the extra weight. 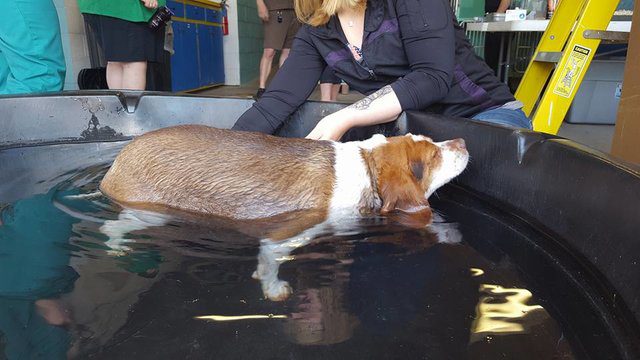 “She hated the water at first, but we encouraged her to start shuffling around by giving her some carrots as a treat,” Cable said. “I don’t know how long it had been since she was able to walk, but being in the water helped her get moving again.”

Honey kept doing better and better in the pool and lost nearly 20 pounds. She went home with Cable so she could continue her hard work. “I had her out in the backyard every day and she eventually lifted herself up,” Cable said. “Just to see her start walking again was amazing.”

Honey has daily walks and soon began hydrotherapy sessions. Because she was overweight for so long, the torn ligaments in her back legs needed extra care before they could work properly again.

Honey lost almost half her original weight; she lost 38 pounds.

“She goes on long walks, climbs stairs and even runs if she’s feeling a little feisty,” Cable said. “She’s like a different dog now. You can just tell how much better she’s feeling.” 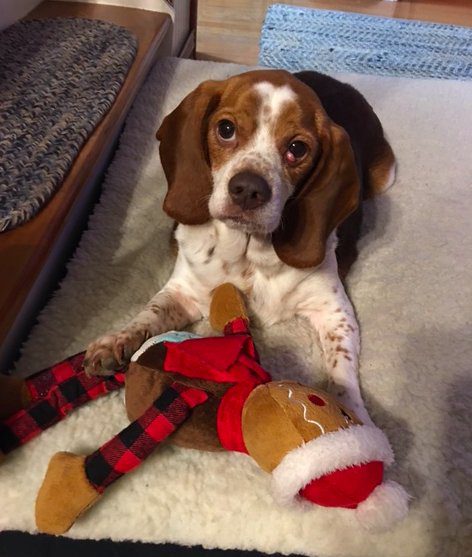 Honey still has a few more pounds to lose, but Cable thinks she could be ready for a forever home in the next month or so.

“She’ll go back for a vet visit soon to make sure she’s still doing well,” Cable said. “We’re so lucky that we could help her. She’s such a sweet dog and has made everyone fall in love with her.” 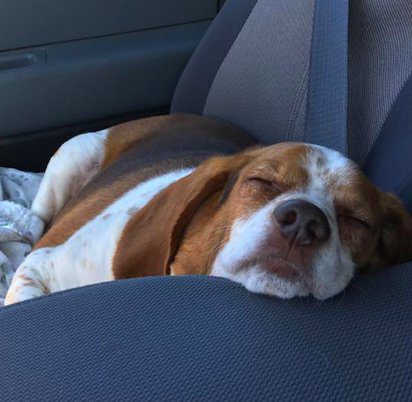