Timothy Hampson was sure someone had abandoned the 2-year-old pit bull found lying in the field next to his office building in Houston, Texas. He said she could not have walked there by herself.

“The office is on the corner of two major highways — Texas Beltway 8 and 288,” Hampson said. “It appeared as though she had been dumped or abandoned.” 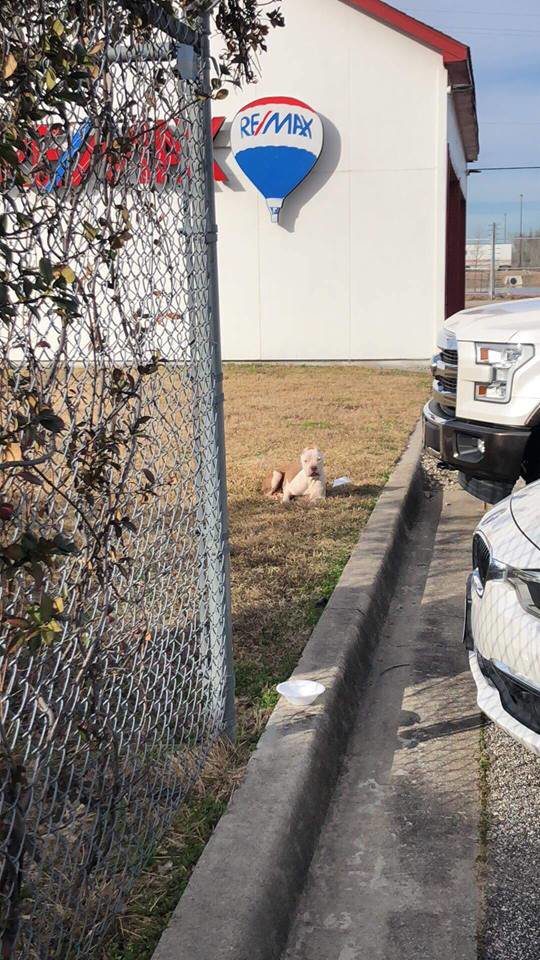 Hampson and his coworkers at Re/Max named her Penelope.

“We immediately took to helping her,” Hampson said. “She was obviously hungry so we got her some dog food and gave her water. She was so appreciative.”

Hampson, however, had no experience rescuing dogs, so he was not sure what to do next. No one in the office could take Penelope home., so he continued to put out food and water for her and checked on her regularly. 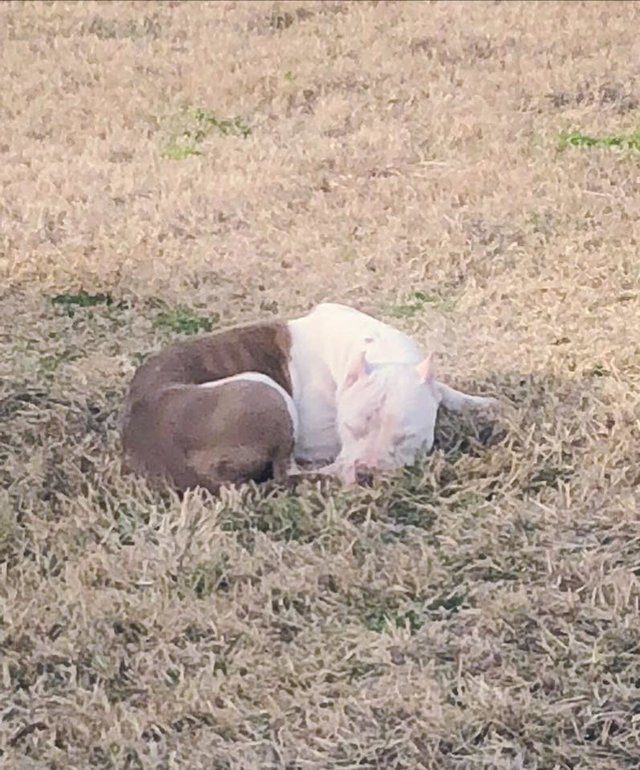 After Penelope was still in the field two days later, Hampson called animal control to see if they could help. When he called them, he got a bad feeling about it.

“I didn’t want her going to the pound,” Hampson said. “I just didn’t think she would have a chance there.”

That’s when Hampson took to Facebook and wrote a post, asking if someone would rescue Penelope. Laura Forma, a woman who’s been rescuing dogs for the last three years, offered to foster Penelope, and she asked the team at Brave Bully Rescue if they’d take official responsibility for Penelope’s rescue and adoption process. 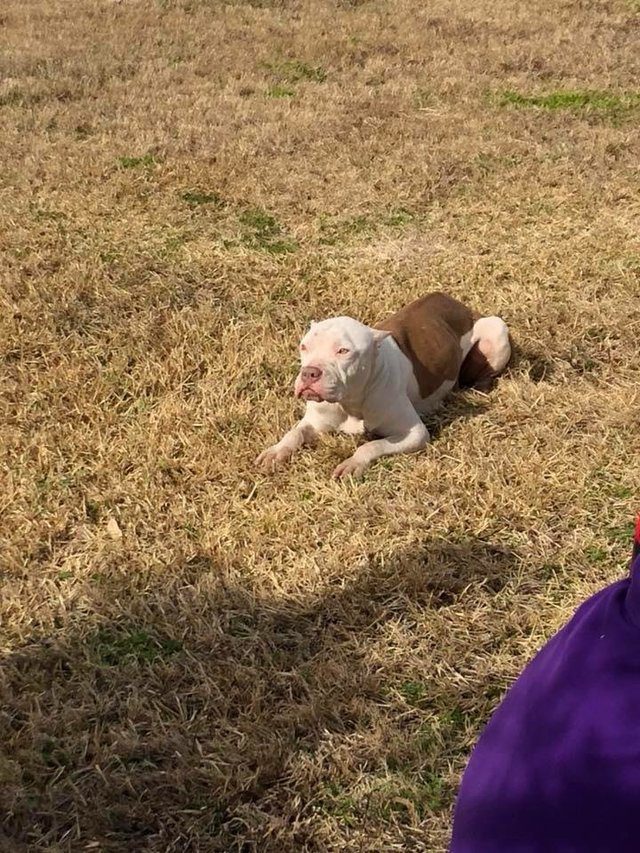 Forma sent her friend Alyssa Aguilar to pick Penelope up.

“Her teats are really saggy, so we were kind of nervous that there were puppies around,” Forma said. “When we rescue moms who we think are nursing, we usually play a video of puppies crying, because the mom will usually lead you to where the puppies are. But she wasn’t doing anything, so we assume that someone dumped her.” 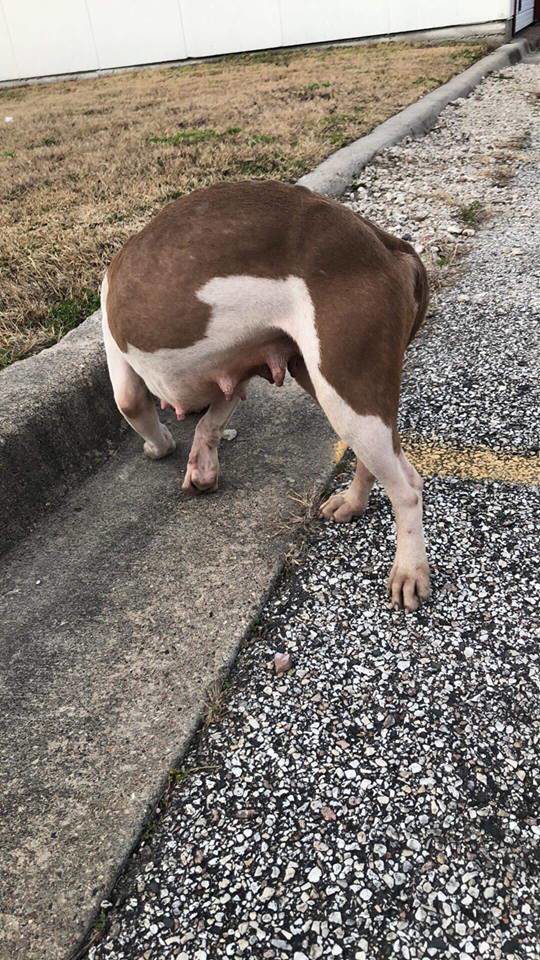 Aguilar and Forma took Penelope to an animal hospital for a checkup, and the vet pointed out that Penelope was actually in heat. Meaning that she hadn’t had a litter for several months, however, she definitely had puppies in the past, probably several litters.

“She was way overbred,” Forma said. “It looks like she is nursing, but she’s not. Maybe she got too old and no one wanted her anymore and just dumped her there.” 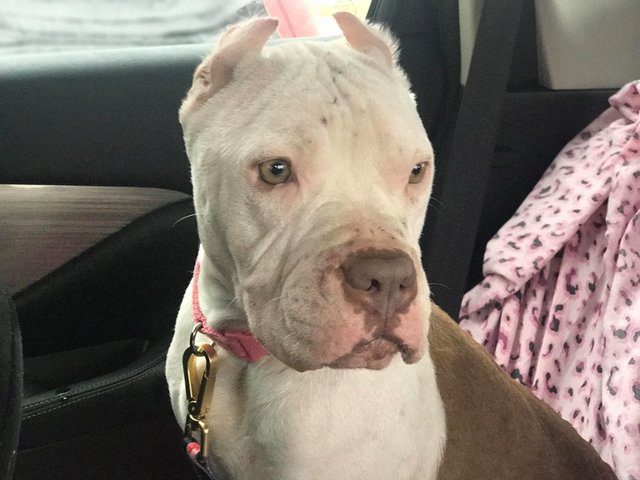 Penelope looked like she hadn’t had a good meal in a long time. Her ears were cropped ears and she had scars on her head.

“She’s so petite,” Forma said. “She’s only 40 pounds, and she’s really skinny — you can see her ribs and her thighs. She also had cropped ears and sad eyes. All this together made me sad. I wanted to be the person who would make her happy.” 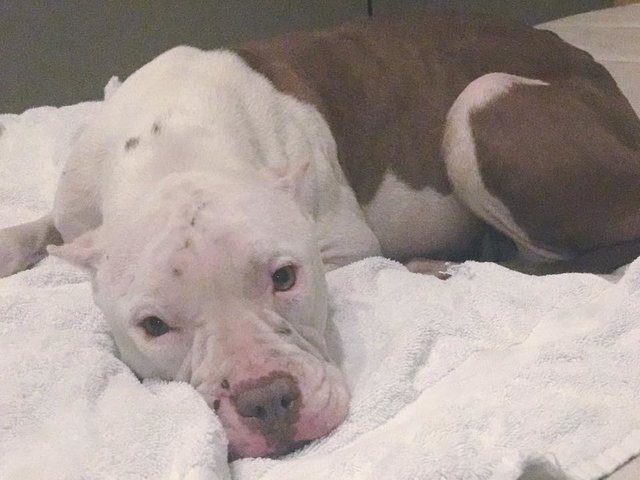 Aguilar kept Penelope for a couple of days before Forma took her into foster care.

“When I first met her at Alyssa’s, she was just sleeping the entire time,” Forma said. “She was really happy to be somewhere that was sheltered. We were just sitting there with her, and she kept sleeping, and she really appreciated being off the streets. You can just tell.” 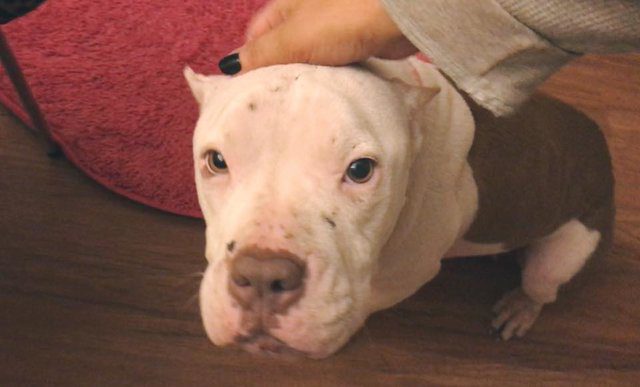 It took her some time to adjust to domestic life, but Penelope was grateful to be in a home. 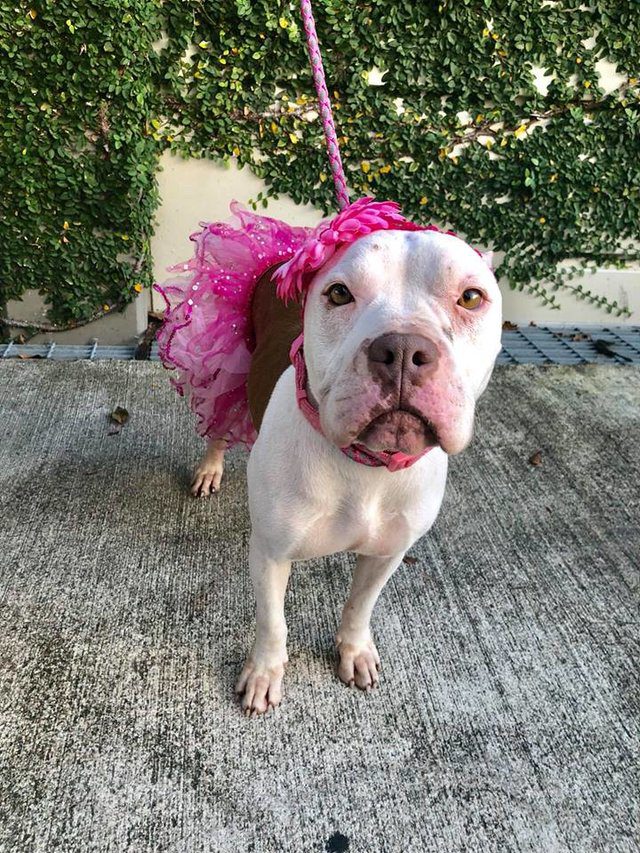 Penelope is showered with love from Forma to try and make up for the years she didn’t get it. Penelope is slowly starting to perk up. “She’s sad, but she’s learning to be a dog,” Forma said. “I want to make her happy. I want to be part of her journey.” 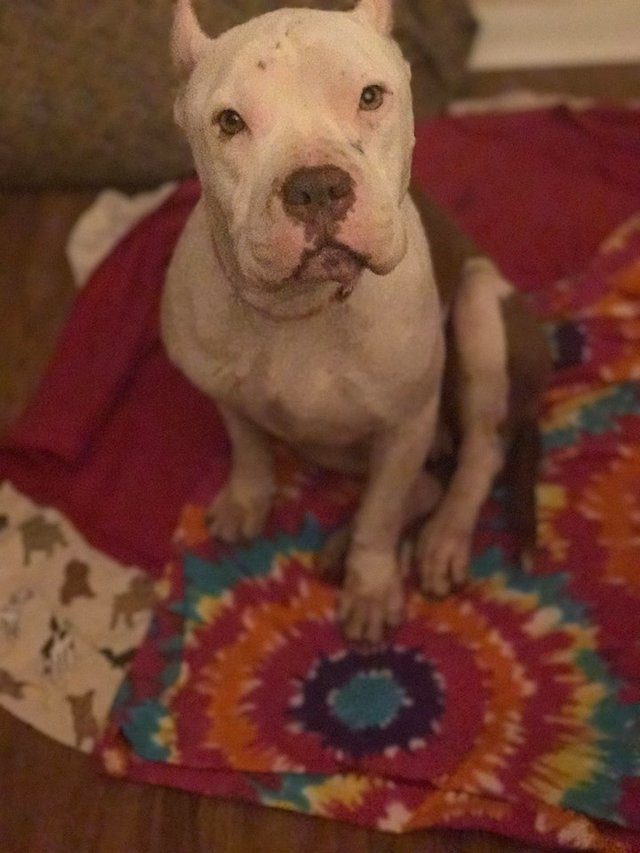