Habitat for Horses, a sanctuary in Hitchcock, Texas rescues horses of all breeds. However, Munchie is different than most of the horses.  The average horse there is 5 or 6 feet tall. Munchie is less than 2 feet tall.

That has not affected Munchie’s self-confidence. 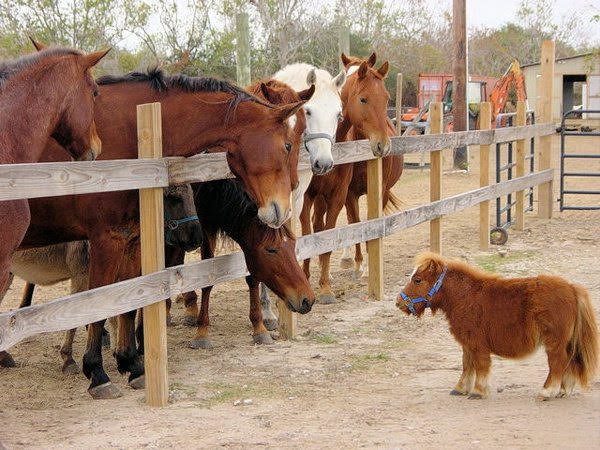 “It’s like he doesn’t notice how big they [the other horses] are or care how big they are,” Amber Barnes, adoption, and media specialist for Habitat for Horses said. “He’s just kind of like, ‘So what you’re big? Whatever.’”

Munchie was living in a state of neglect on a property in San Antonio 11 years ago before being rescued by Habitat for Horses. 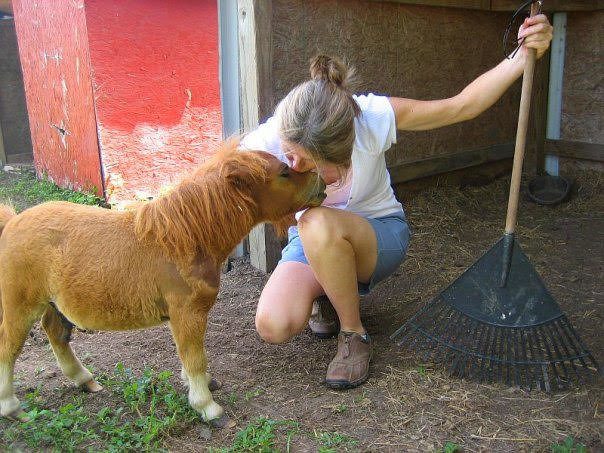 “He was about 2 months old when we rescued him,” Barnes said. “He came in with a family of smaller miniature horses and also larger horses. It was a very large cruelty seizure case in San Antonio. There were actually several horses who had died that were on the property when we got there. So it’s a sad case.”

Munchie and his mini horse mom, Melanie, were seized by the police and taken to live at Habitat for Horses. “Because he was so small, he was driven from the rescue [site] on somebody’s lap in the front seat of a truck,” Barnes said. “He was itty bitty. Like a tiny dog in your lap.” 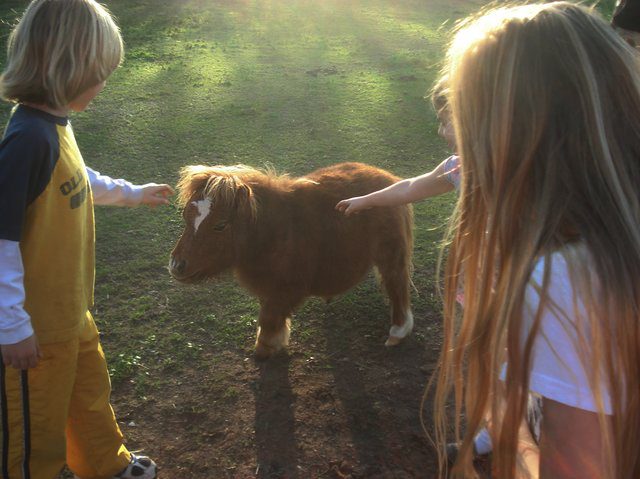 After Munchie was examined by the vet, they realized he was not an ordinary mini horse. He was a mini horse with dwarfism. Barnes explained dwarfism is a common issue seen among mini horses since they are sometimes inbred by negligent owners. 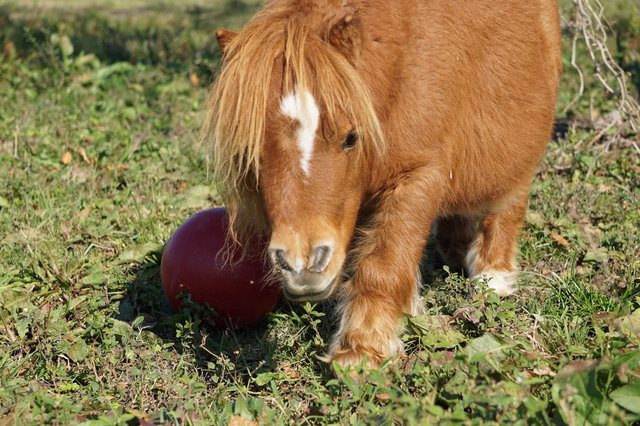 “There are structural differences [as a result] … and this can often lead to health problems,” Barnes said. “It can even be fatal.”

Munchie is relatively healthy, but he does have a curved “roach” back and an underbite. “It’s actually pretty cute when he looks at you and he licks his lips,” Barnes said. 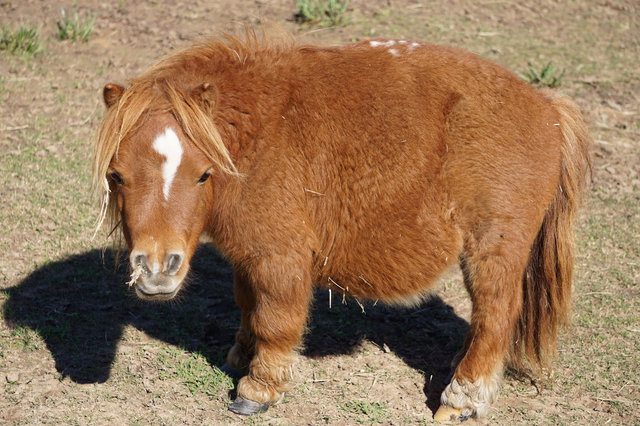 He has a bulging tummy because of his dwarfism. “He has a big potbelly because a lot of his organs are regularly sized — not all of them, but they’re bigger than what would make sense in a horse his size,” she said. 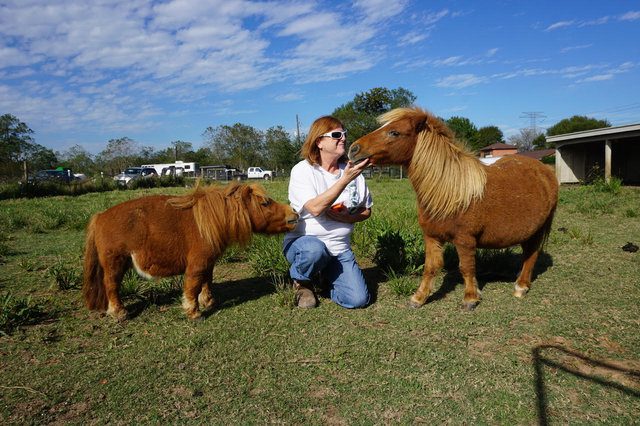 Munchie’s quality of life is not affected by any of his issues according to Barnes. Just like the other animals at the sanctuary, Munchie spends his days eating, napping and exploring his pasture.  Munchie shares a pasture with four other mini horses, including Gizmo, who also has dwarfism, as well as goats and a pig. 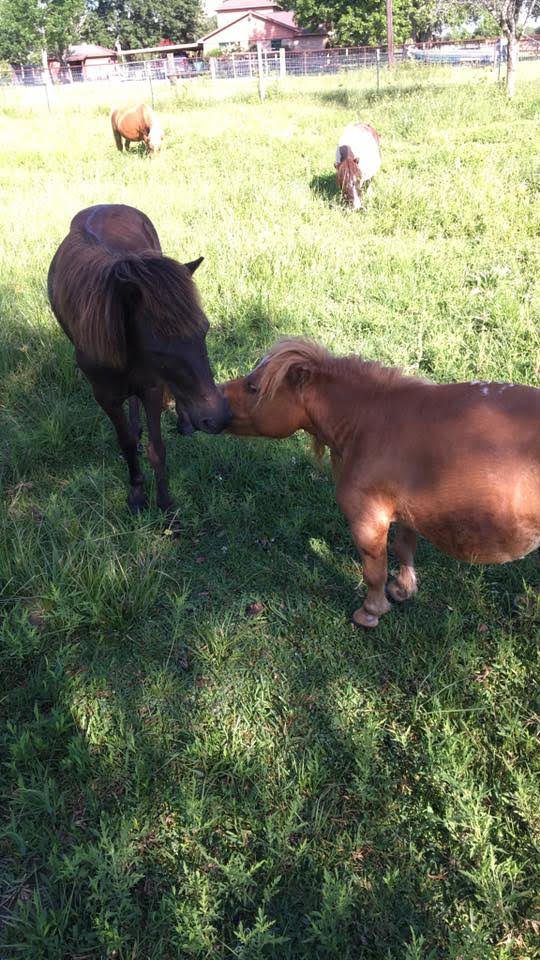 “Munchie loves being groomed, so he likes getting his hair brushed out and braided,” Barnes said. 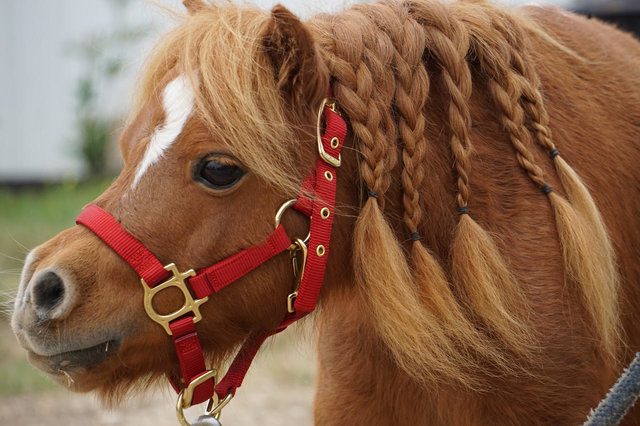 Munchie is the official sanctuary ambassador and goes to schools and libraries to teach children about horses and animal welfare. “When we talk about Munchie, we tell his story and talk about the plight of other horses,” Barnes said. “He’s a good example.” 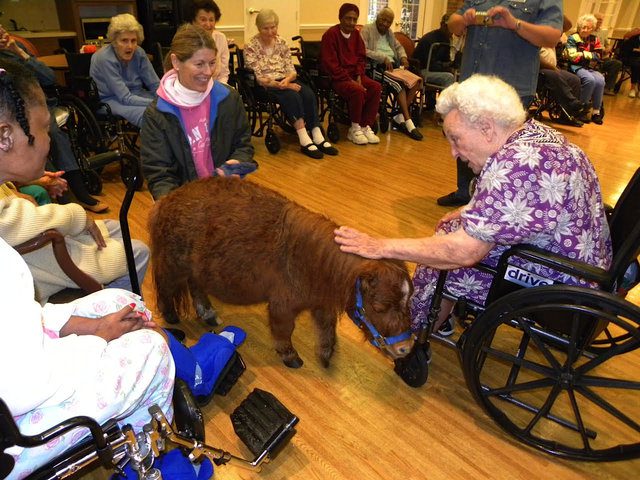 Munchie will show the larger horses that he’s not afraid of them whenever he gets the chance, although they’re often afraid of Munchie, according to Barnes.

“They’ll be right nearby, and he’s like, ‘Yeah, yeah, give me my hay. Where are my carrots? I’m not worried about you,’” Barnes said. “But you’ll have the same giant horse look at Munchie and get kind of startled and not know what to do. It’s kind of amusing.” 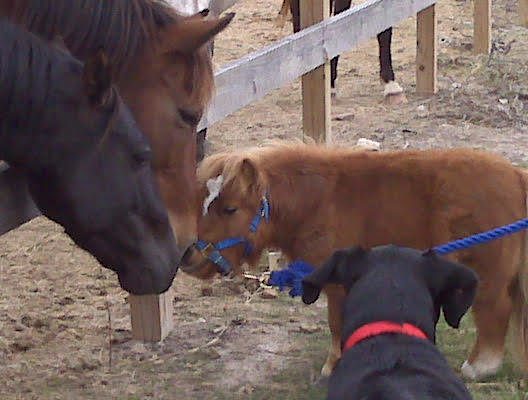