When Connie and Craig Collum saw a large animal running down their driveway, they thought it was a dog who had escaped his leash.

Then they realized the mysterious brown and white creature was not a dog at all, but a miniature horse. They were afraid the animal would run into the road and get hit by a car, so Craig lured the nervous horse with a handful of hay. 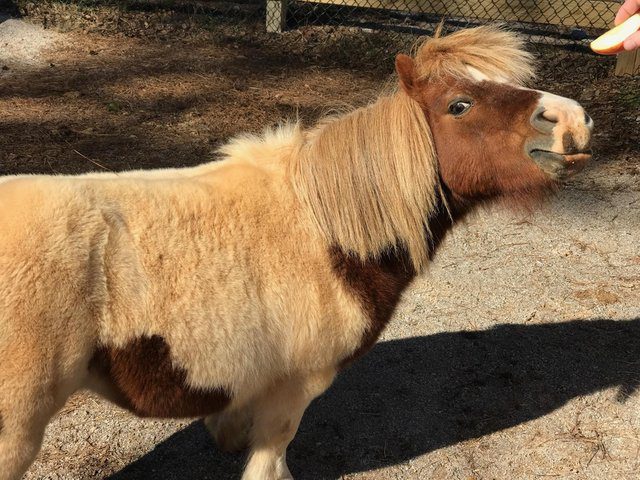 The Collums had dropped off their own two horses, Coco and Derby, only the day before, at the stables where they would be boarded through the winter. The small horse was all by himself in the middle of a frigid January, and they knew they had to get him somewhere safe and warm. 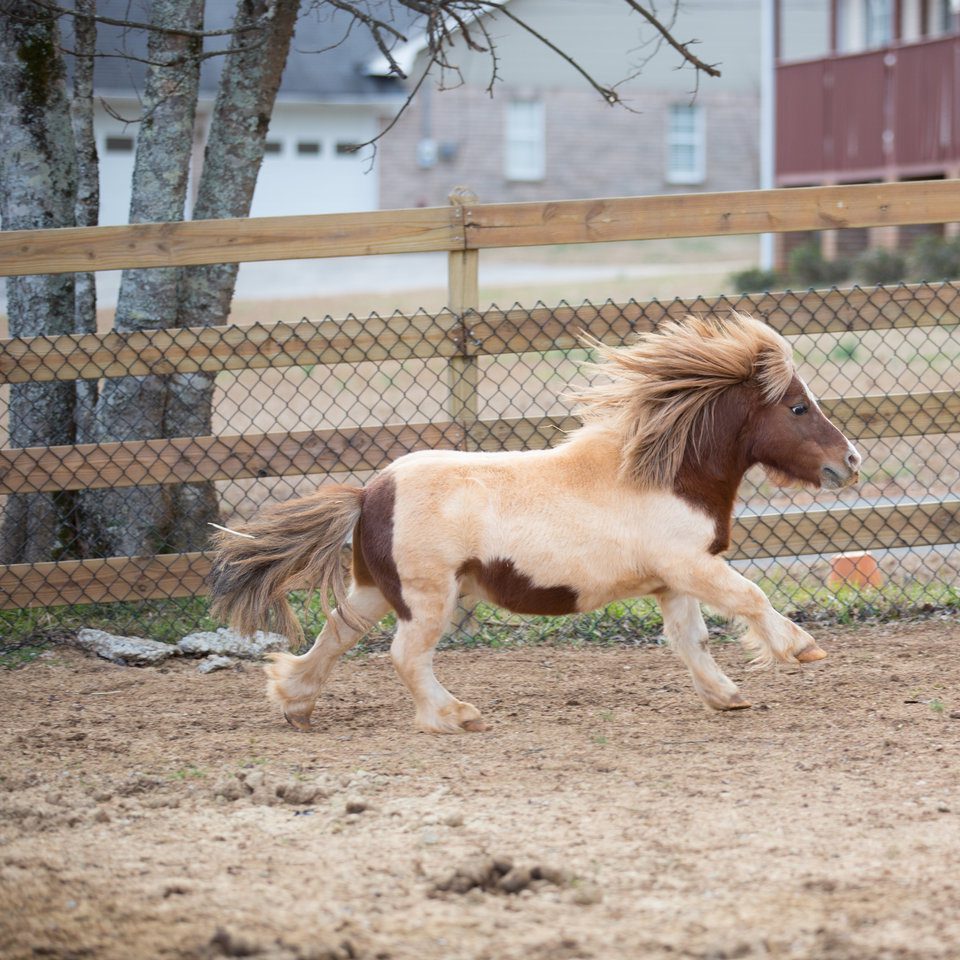 The Collums found out that the escaped miniature horse, named Benjamin, belonged to a neighbor three houses down from their Helena, Alabama, home. When they told the owner of the horse’s escape, he did not seem to keen on collecting him. “We went back to our house and waited for hours and no one showed up,” Connie Collum said.

“We tried to make Lil’ Ben comfortable, and primarily make sure he was safe.” 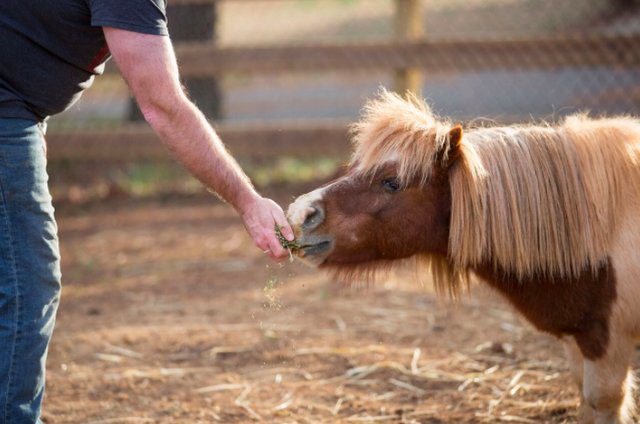 When the mini horse’s owner arrived, they were told that Lil’ Ben had a habit of wandering off.

“He also said that one time Lil’ Ben had escaped and walked over 5 miles to another farm where, during his journey, he had embedded a briar on top of his head between his ears,” Collum said. “The briar was sticking straight up and people who saw him swore he was a unicorn. There were at least three reported cases to the Helena Police Department of unicorn sightings.”

It became clear to the Collums that Ben wasn’t running away in search of adventure, the lonely horse was looking for a friend.

“The man explained to us that he had inherited the small farm from his parents, and they at one time had over 20 miniature horses,” Collum added. “However, they had all died with the exception of Lil’ Benjamin.” 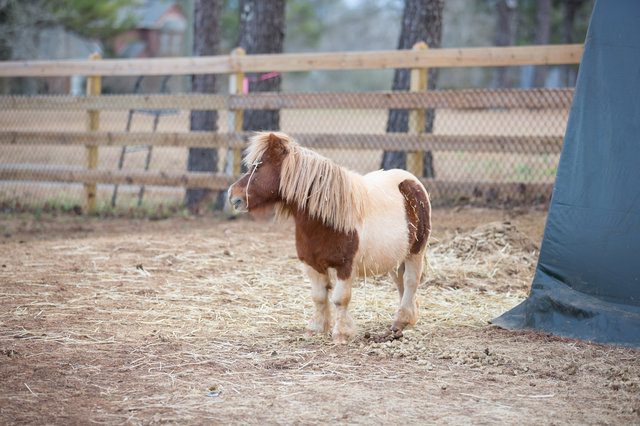 After two weeks, the Collums put the little horse out of their minds. That was until one Saturday morning when the doorbell rang.

“I answered it and a man driving by said that my horse had escaped and was laying in front of our pasture,” Collum said. “I immediately responded, ‘Is he a miniature horse?’ He said yes, and I thanked him and said that he belonged to my neighbor, but I would go get him.”

Snowstorms were in the forecast, so the Collums set to work preparing a new home for Lil’ Ben, where he could spend the winter weather in comfort. They left a note for their neighbor as to Ben’s whereabouts and never received a response.

After several days, Ben’s owner called, asking if they knew anyone who would want him. 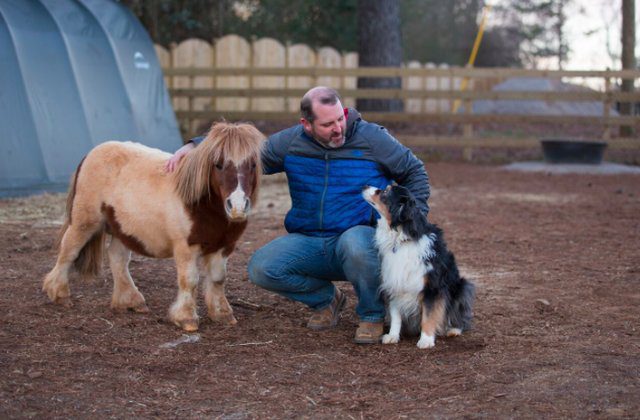 “We said Lil’ Ben was welcome to stay with us until (and if) we find him an awesome home,” Collum said. “We believe Ben found us and knew we are horse lovers. We think he was very lonely and wanted a new home with people that would love him.”

It wasn’t long before the couple fell in love with the miniature horse and gave him a forever home. 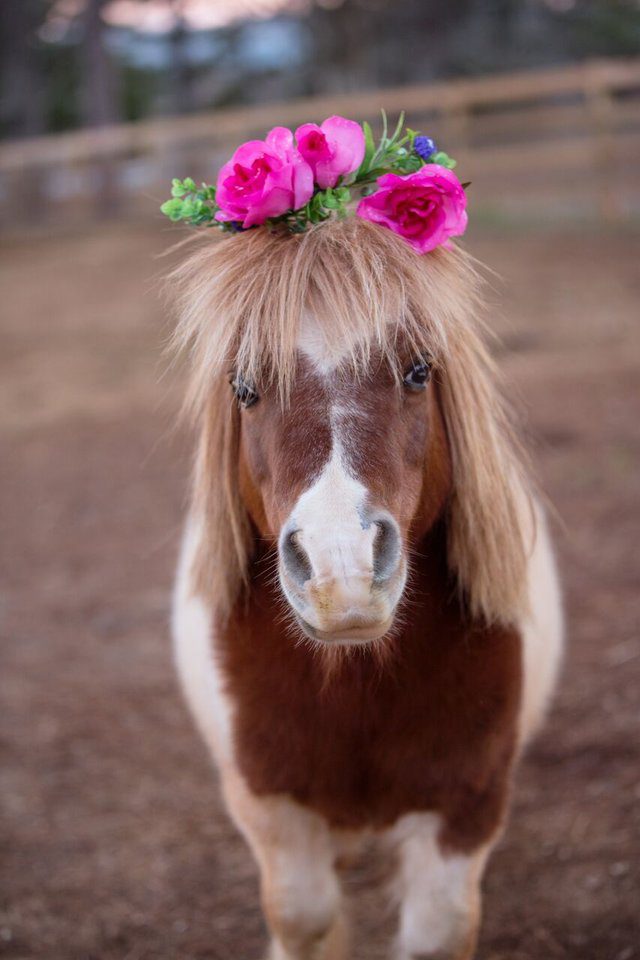 Ben is now an official member of the Collum family, the 18-year-old horse’s depression is starting to lift. He loves spending time with the Collums’ son and their five dogs.

“The dogs’ presence seems to perk him up and he appears at times to have a much brighter and happier persona,” Collum noted. “They all love going with us into the pasture to see Lil’ Ben and we think, with time, Benjamin will likely develop a close bond with our dogs.” 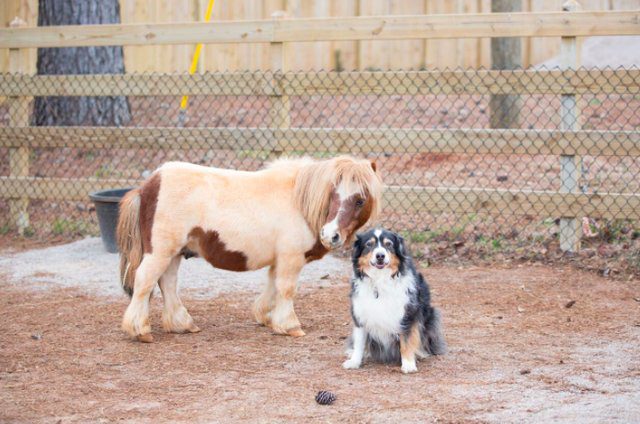 The Collums believe there was a reason Lil’ Ben kept showing up on their doorstep, hee knew they would change his life forever. “We feel Ben chose us because he somehow sensed that.”