I was shocked when I learned what this man did to his fiancee’s dogs! It’s a disturbing story but important that it be shared. A woman in Rio de Janeiro became suspicious when she noticed her beloved French Bulldogs, Gucci, and Victoria, had unexplained injuries.

Unable to determine how her dogs were getting hurt, 26-year-old Ninna Mandin decided to install a hidden camera inside her apartment. To her horror, she discovered that her boyfriend was brutally hitting her dogs for no reason. 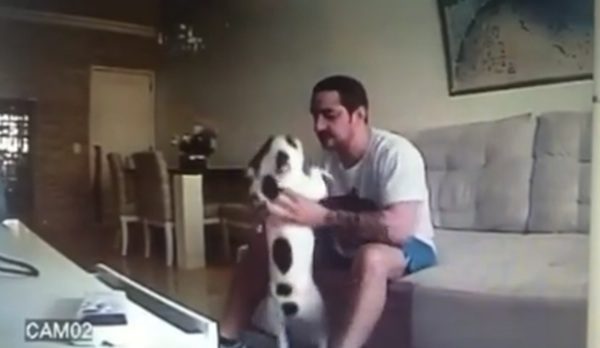 In the video footage, the man is crouched on the floor next to the dog hiding under a chair. It’s not clear what he’s doing to the dog, but he suddenly grabs the dog around her neck and violently throws the dog to the ground. 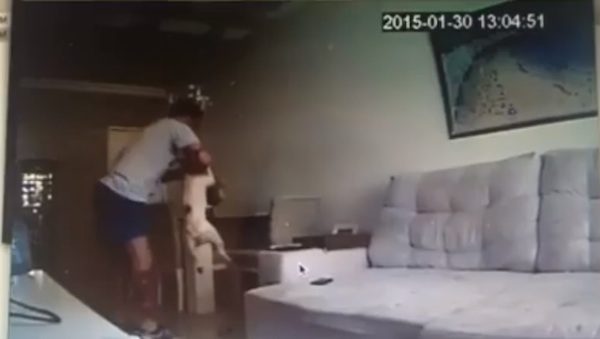 Later, the man is seen headbutting one of the dogs, dropping her on the floor and dangling her from a rear leg before dropping her to the ground again. He’s then seen mopping up her urine from the floor. 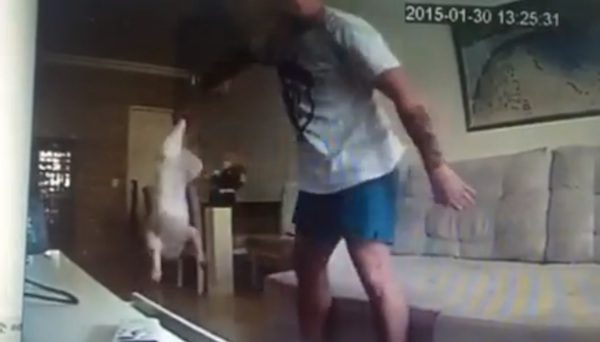 Upon seeing the video footage, Ninna canceled their planned wedding and published the disturbing videos to Facebook as a warning to others. She posted the videos with a message describing her shock, anger, and remorse (translated loosely from Portuguese):
“That the person I welcomed into my house, with all the love and affection, was able to commit the atrocities you are about to watch! I do not have words to describe such cowardice with beings [her dogs] so pure and helpless and that never did wrong. The only feeling I have is remorse of not having noticed before in order to spare them.”

Warning: These videos may be disturbing to some viewers. Also, note that Facebook video may take a few seconds to load.

The second video can be viewed here.

The video created a firestorm of protests from animal lovers across the country.
Ninna said she was not suspicious of her ex-boyfriend around her dogs in the past. She noted that in front of her, he appeared very kind to the dogs, but she had begun to notice they were afraid of him.

Ninna’s suspicions that something bad was happening grew when she noticed Gucci and Victoria had bruises. Ninna said that the vet could not determine the origins of the bruising, but the bruises kept appearing and in December 2014, the two dogs had to be hospitalized. Ninna then installed the hidden cameras that captured the assault a month later.

With her ex-boyfriend now gone, Ninna said that the two dogs are quieter and more peaceful. The dogs – who are mother and daughter – are also sleeping more.

After the videos she posted went viral, concerned citizens started an online petition (Portuguese language) that the man be charged with animal cruelty. Ninna has pressed charges with police. The police are currently investigating and stated that Ninna’s ex-boyfriend is expected to testify at the police station shortly. 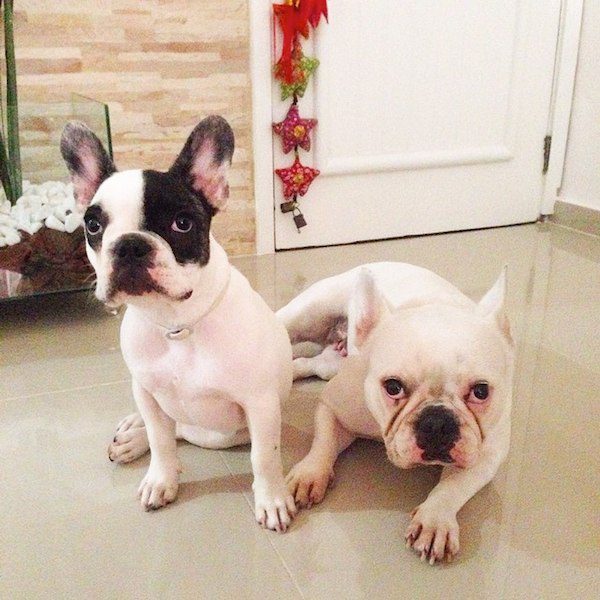 Ninna told news media that it is a “very difficult time”. “My trust has been betrayed. I am very shaken,” she told the Brazilian news channel Globo Extra. “I do not know what to expect and am afraid. I am doing everything to protect myself, my daughters [her two dogs] and my family.”
She also posted a video to Instagram to thank everyone for the support she is receiving and to update everyone on her dogs’ health. She wanted to let everyone know that Gucci and Victoria are well and that “everything will be fine.”

In the message she said, “Thank you for being by my side and helping us! We are sending all our love is our thanks. The justice will be done!!!!”

Please share this story with your friends as a good reminder to pay close attention to your pets and to take note of any sudden changes in behavior.