Autumn arrived at Alley Cat Rescue in Maryland after being evacuated from a shelter in Houston, Texas, as Hurricane Harvey bore down on the city in August. She was with her two small kittens, and another 14 cats from the storm-battered city. 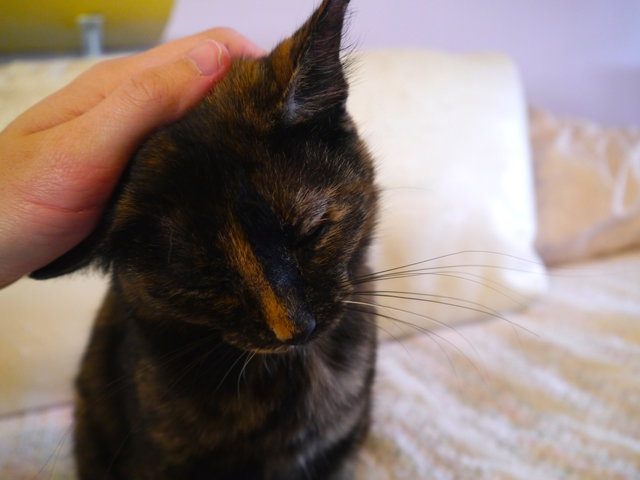 Autumn, a one-year-old distinctively marked tortoiseshell cat, had already been through a lot. 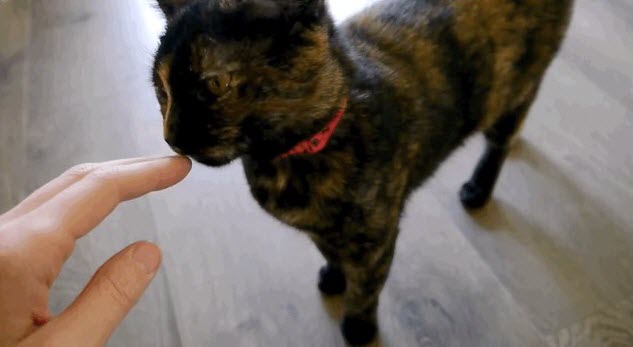 Autumn, instantly warmed up to shelter workers and was very loving.

“Autumn is a fun and spunky girl,” Brianna Grant, the communications associate for Alley Cat Rescue, said. “She seems good with other cats but is much more people-social than cat-social.” 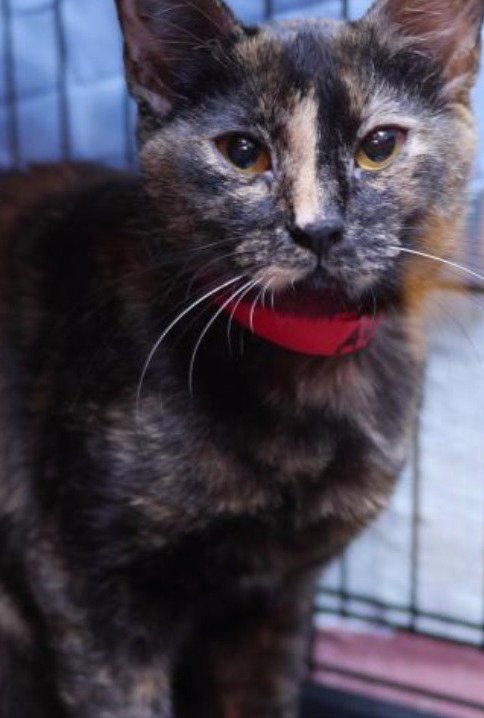 Autumn’s two kittens were adopted right away, and then, one by one, each of the other 14 cats were also selected by families and taken to their forever homes. For some reason, Autumn’s luck just hasn’t been as good.

Nevertheless, she’s found things she loves to do at the shelter while she’s waiting. “She is very adventurous and loves to climb on our bridge we installed at our headquarters,” Grant said. “She will run back and forth across it with no fear.” 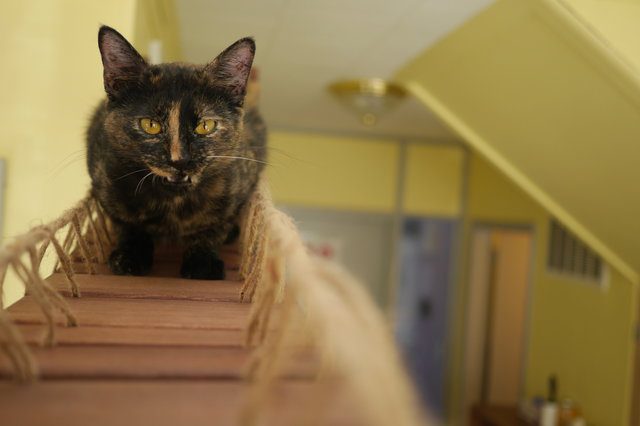 Autumn has an adorably distinct thing about her; her back legs are totally different colors — one orange, one black — which mimics the distinct line running down her nose. 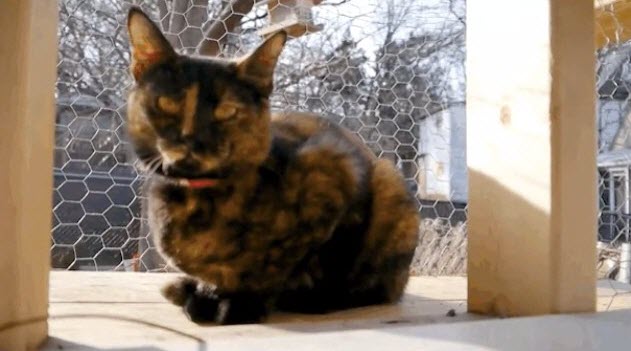 Autumn also loves to sit in the sun and sniff the fresh air. 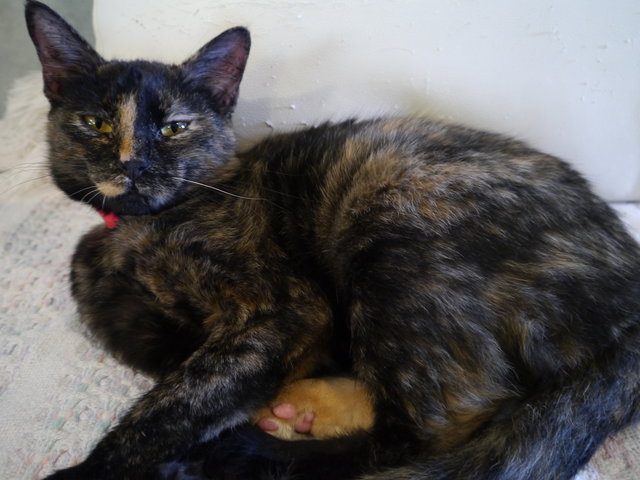 Now that the weather is getting colder, the people at Alley Cat Rescue hope they can find Autumn’s forever home soon.

The best home for Autumn, would be one where she can play and socialize. “A home with lots of toys would be a good fit for her playful personality,” Grant said. 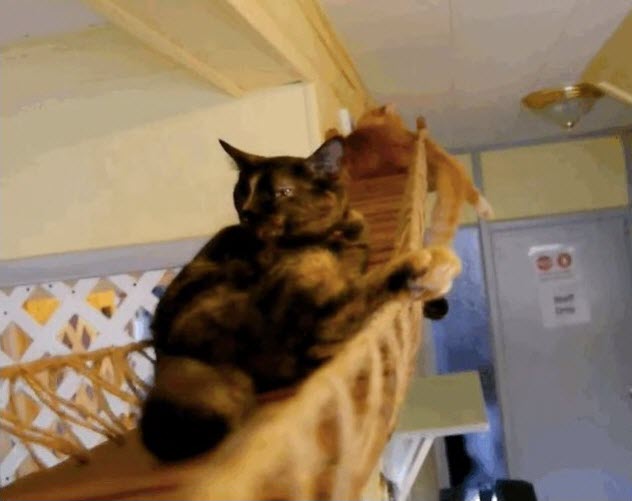 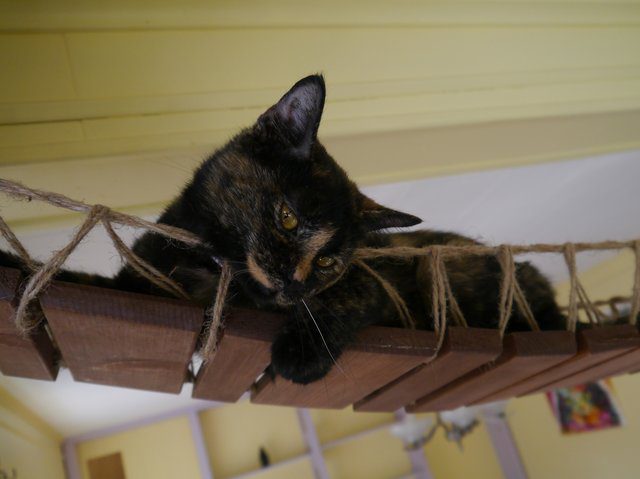 Update: Autumn was adopted by a loving family in New Jersey just in time for the holidays.