Home
animals
10,000 Dolphins Are Being Secretly Killed In France Annually

In a newly released video, three men stand at the back of a fishing vessel as a machine pulls a long, narrow net out from the ocean. As the net comes in, the body of a dolphin appears inside of it — it’s not clear whether the dolphin is alive or dead.

Last weekend, crew members from Sea Shepherd Global followed two fishing vessels off the coast of Royan, France, to film their fishing activities. Besides catching a lot of fish, the vessels also caught two dolphins in their nets, and one was definitely still alive, according to Lamya Essemlali, president of Sea Shepherd France. But the fishermen don’t try and save the dolphins’ lives — the animals are usually killed and tossed overboard as “bycatch.” 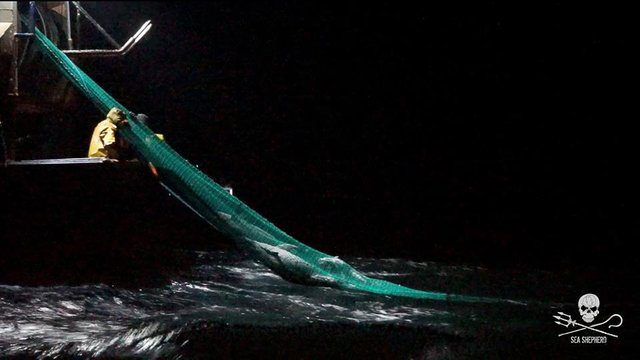 “It was extremely hard for the crew to watch the trapped dolphins without being able to rescue them,” Essemlali explained.

In a small portion of France’s coastal waters (between Vendée and Charente Maritime), it’s estimated that up to 10,000 dolphins are killed each winter after getting caught in fishing nets, according to Sea Shepherd Global — in comparison, Taiji, Japan’s infamous dolphin hunt usually kills less than 1,000 dolphins. 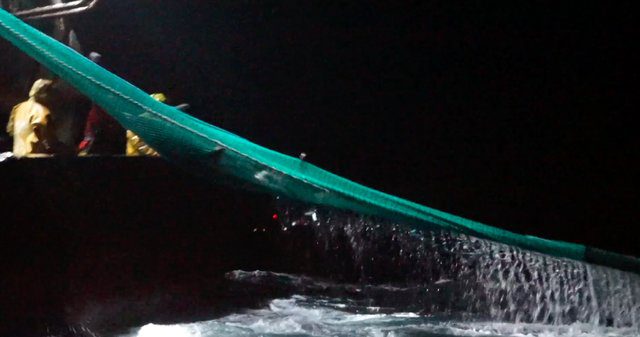 But the problem isn’t isolated to France. More than 650,000 marine mammals, including dolphins, whales, seals, and turtles, are killed or severely injured each year after getting caught in fishing nets, according to the Natural Resources Defense Council (NRDC).

“You can’t sustain those kinds of numbers every year, and we need to take steps to limit that kind of bycatch,” Zak Smith, senior attorney with the marine mammal protection project at NRDC, said. 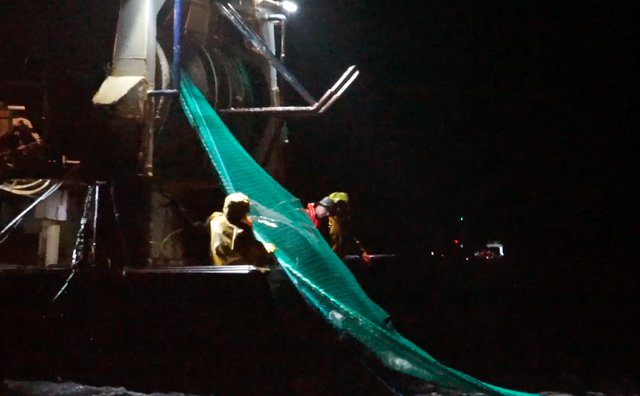 Unfortunately, many modern fishing practices make it far too easy for dolphins and other animals to get caught in nets. The fishermen in the video were using a fishing practice called “trawling,” which involves pulling a large net through the water between two ships. But trawling nets don’t just catch their target fish species (the fishing vessels in the video were trying to catch sea bass, according to Essemlali) — they catch everything in their path.

“The nets of the trawlers are not selective enough, and when the net surrounds a group of sea bass, very often, the dolphins are among them,” Essemlali said. “Once they are trapped in the net, it is impossible for them to get out.” 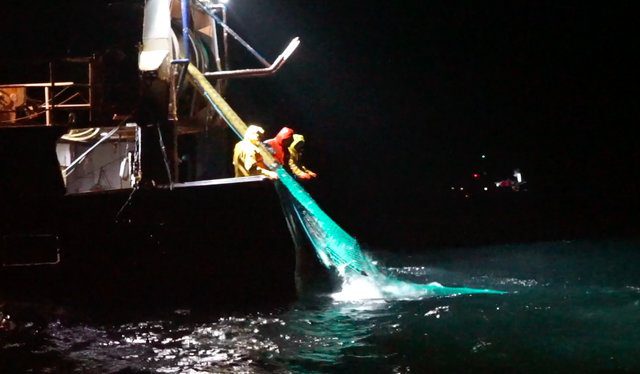 As mammals, dolphins need to rise to the surface to get enough air to breathe, but once they’re inside the fishing nets, they can’t swim anywhere. And trawling nets may remain in the water for several hours, according to Essemlali.

In most cases, the dolphins will drown in the nets. If they somehow survive, the fishermen will kill them on deck, rather than release them back into the ocean.

“They cut their fins and tail to remove them from the nets in order not to damage the nets,” Essemlali said. “Nets are very expensive. They prevail over the life of dolphins.” 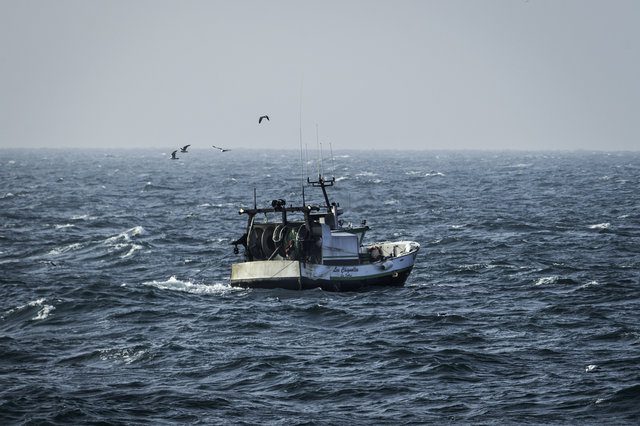 Essemlali thinks that this is what happened to the dolphin who was still alive in the net during last week’s surveillance.

The Sea Shepherd crew did not see the fishermen dispose of the dolphins’ bodies, but Essemlali believes that the fishermen would have just thrown them overboard after the cameras were gone. “They usually just toss them back,” she said. “Sometimes they cut them open for them [the bodies] to drown and not wash ashore.” 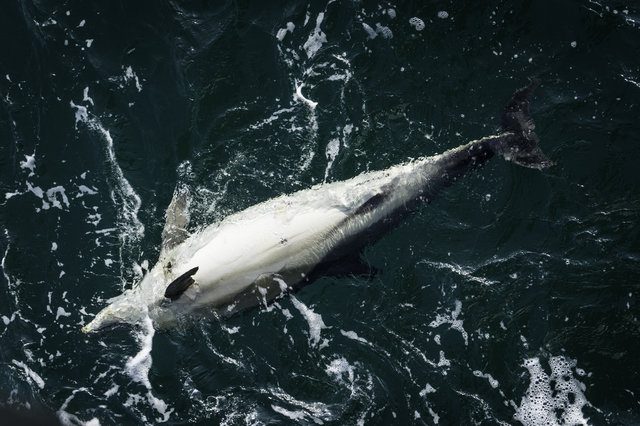 While this bycatch problem is definitely overwhelming, there are actually straightforward solutions, according to Smith. The banning of destructive fishing nets — like gillnets and trawling nets — would be a good first step, Smith explained. Smith also believes that governments around the world need to instill better regulations and monitoring programs.

“It takes work, but we know how to solve these problems,” Smith said. 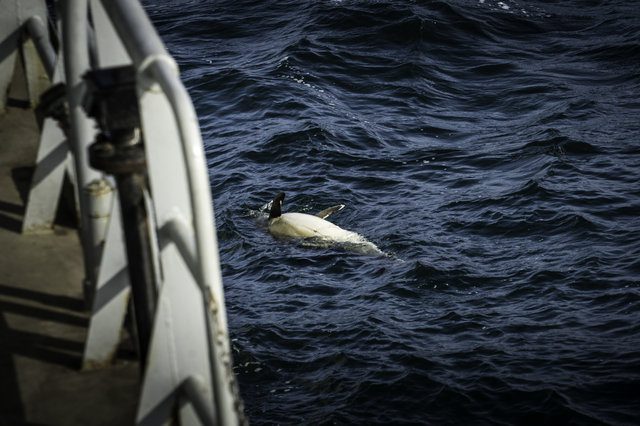 “Deaths of whales and dolphins in fishing gear remains an unsolved problem in much of the world, including the United States,” Kilduff stated. “To keep these charismatic creatures in existence for our children requires changes. Holding fisheries managers accountable for these inhumane deaths is the first step toward finding a solution.”