Pets come to us in all sorts of ways. Sometimes you go to the shelter on a mission to adopt your new best friend, and sometimes they simply adopt you!

At some point, I think everyone is tempted to take in a stray who comes calling. Oftentimes, this is a great choice, as we saw with the flight attendant who finally broke down and adopted a dog that used to wait for all of her flights.

Every now and then, however, the sweet stray you fall in love with might end up being a little bit more than the average pet owner can handle.

That’s exactly what happened for one teenage boy in Arizona, who adopted a sweet abandoned “puppy,” only to discover that his new canine companion wasn’t really a puppy at all!

Scroll through the gallery to learn what happened when he realized that his beloved pup was actually more of a cub — a wolf cub, to be precise! 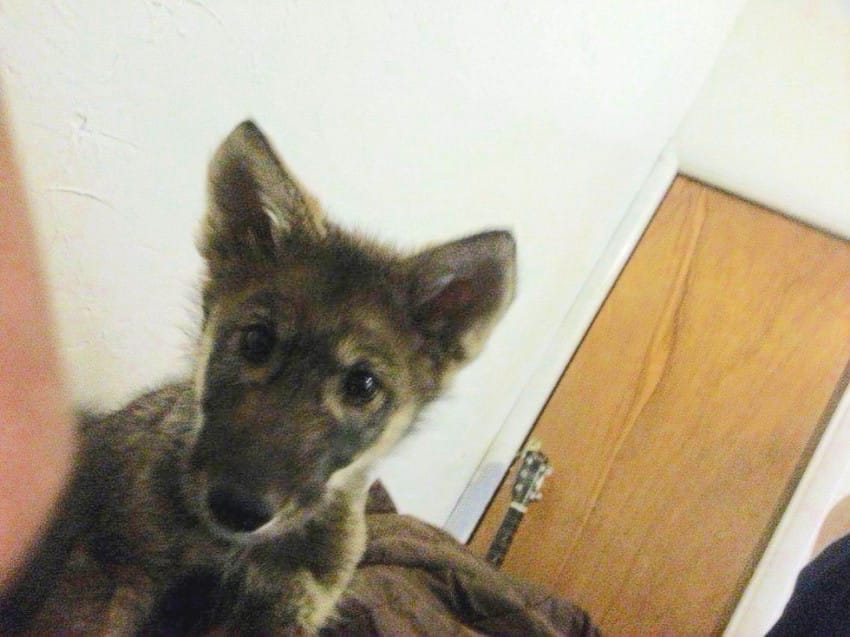 When an 18-year-old in Tucson, AZ, saw an adorable, fluffy puppy abandoned in a shopping cart, he couldn’t resist — he had to save that little pooch!

He begged his parents to let him keep the animal, who was undeniably cute, with big, pleading eyes and ears perked all the way up like a German shepherd’s.

The young man named his new pup Neo and tried to settle him into a routine. But right from the start, this particular canine seemed to have an unusually hard time adjusting to everyday life. 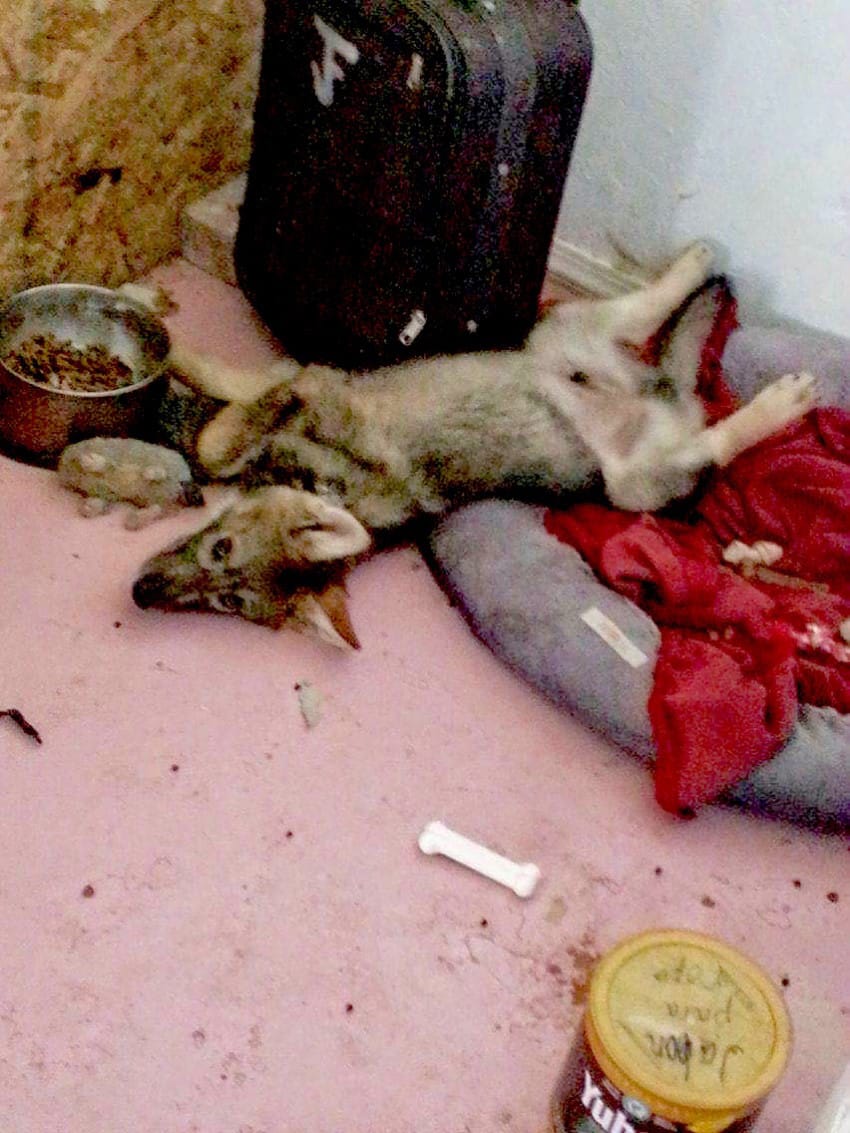 Even for a puppy, little Neo was incredibly needy. He wanted his owner to be by his side at all times and got anxious and out of sorts whenever he was left alone.

He also couldn’t get a handle on the basics of house-training; Neo pooped and peed everywhere.

To top it off, he was the ultimate “one-man dog.” If his owner tried to get a dog-sitter to watch Neo, the pup got moody and antisocial, refusing to make eye contact and ignoring any human company other than the young man he bonded with. 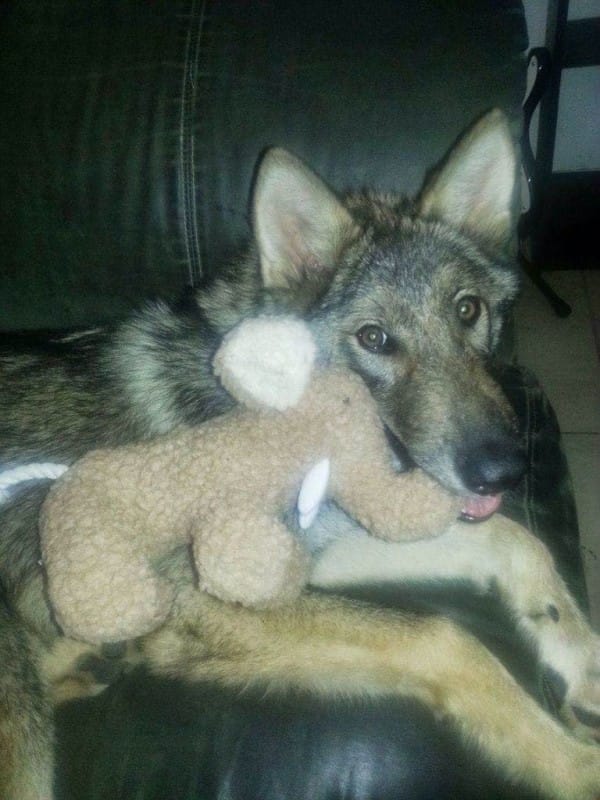 As Neo got bigger and stronger, he developed Houdini-like tendencies, often escaping from the yard to play with the German shepherds next door.

The neighbors were increasingly alarmed by the big, rangy, distinctly unfriendly dog that kept inviting himself onto their property.

Neo’s owner tried to keep him in his own yard with a higher fence, but Neo just chewed through in pursuit of the canine company. Eventually, with neighbors fed up and Neo’s owner unable to keep up with the dog’s need for constant, unwavering attention, it was time to contact the Humane Society of Southern Arizona about finding a new home where the dog could be happy.

As it happened, however, the moment Neo showed up at the Humane Society, he was spotted by former CEO Maureen O’Nell, who immediately inspected the animal’s strange behavior and realized that he wasn’t an ordinary dog.

“I saw a couple walking a long-legged canine to the front door,” she told the Dodo. “It wasn’t his body composition that made me notice, but his behavior. Neo was completely avoidant of human interaction. The couple walking him seemed, as best as I can describe it, perplexed.” 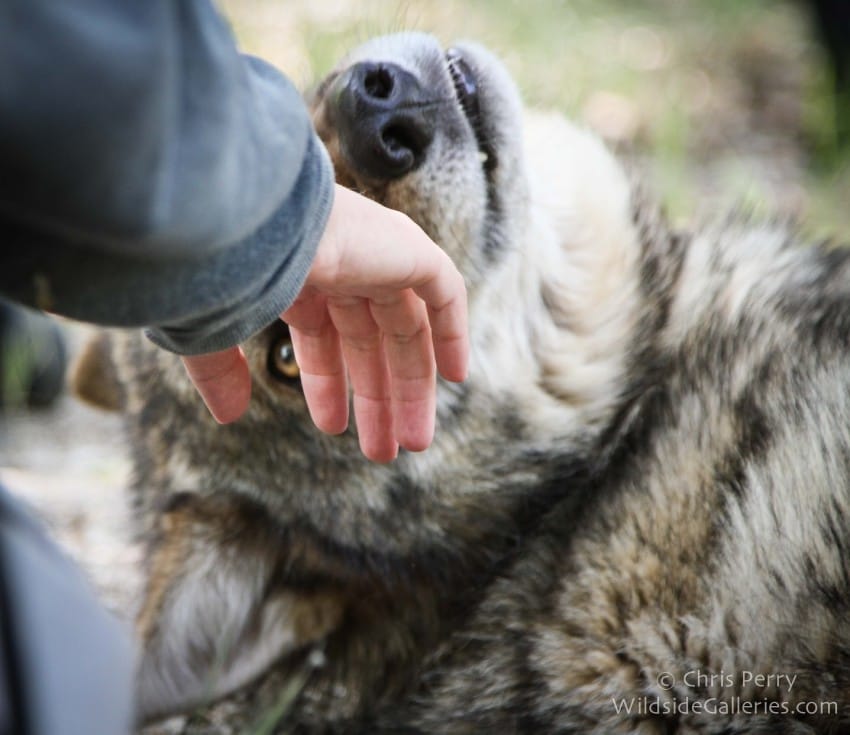 O’Nell and the other staffers at the Humane Society quickly realized why Neo was so uncomfortable: They could tell just from looking at the big, lanky canine that he was actually a high-content wolf-dog.

In other words, he’s a cross between a wolf and a dog, but his genetics are dominantly wolf-like.

That’s why he had such an intense dog-like affection for one person, but was constantly trying to create a “pack” and was distrustful of most humans. 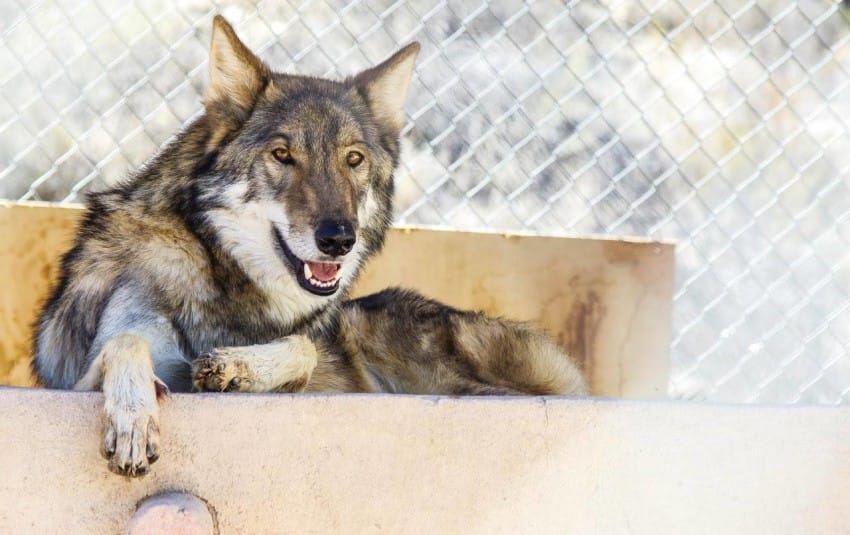 The Humane Society held onto Neo for a bit, until they could get him a spot in the perfect place for him: a rescue organization and youth empowerment program called Wolf Connection in California.

Wolf Connection makes it their mission to rescue and rehabilitate wolves and wolf-dogs who have been fully or partially domesticated, and who wouldn’t be able to survive in the wild.

They give them space to form a pack dynamic all their own, but also tap into their desire to socialize by organizing meet-and-greets between their canine residents and at-risk youths and other visitor groups.

In a statement to LittleThings, Wolf Connection described the role Neo holds in their organization:

“Neo isn’t just living out his life at a wolf-dog sanctuary, Wolf Connection is actually a youth empowerment program for at-risk youth – Neo is helping young adults learn to heal from their own trauma by hearing about his past, respecting his energy and anxieties, and learning how to give themselves the same patience and empathy that they can give to another being… Neo’s socialization and healing are done in correspondence with his work with the youth participants.” 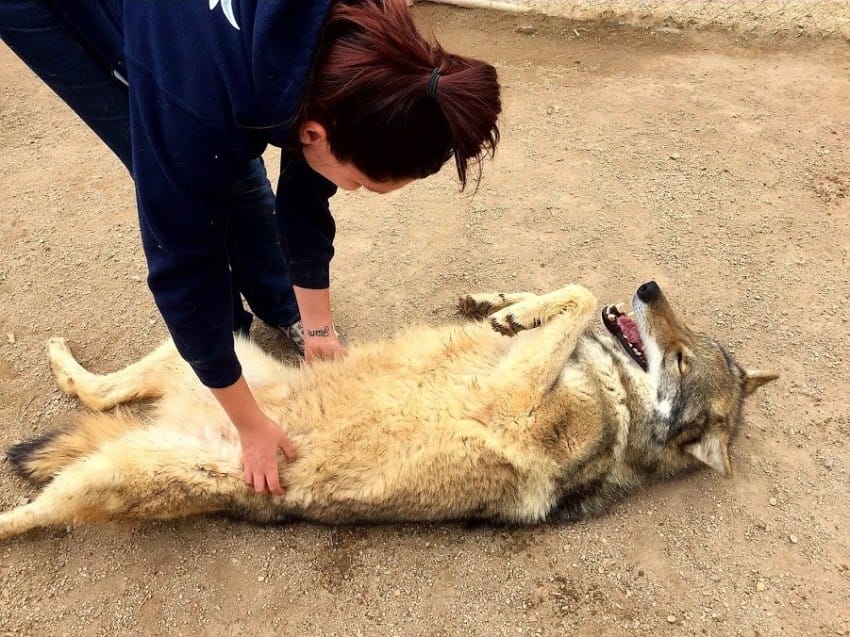 Now a full-grown wolf-dog, Neo is fully integrated into the Wolf Connection community.

Socializing with people is still a work in progress, but according to the Wolf Connection website, he has lots of furry pup friends at the sanctuary and makes more and more progress with socialization every day.

He’s a lot more comfortable with people that he once was — he is pictured above having his belly tickled by a favorite person — and is even social enough now to join the other wolves on hikes with outside visitors!

If you’re interested in donating or getting involved with this awesome organization, you can learn more on the Wolf Connection website.