It’s always hard to say farewell to a beloved pet, but sometimes welcoming a new furry companion isn’t so easy, either.

Two years ago, Danielle Grubisic and her family were devastated when their cat of 19 years passed away. No one, however, mourned the loss quite as strongly as Danielle’s younger sister, 13-year-old Peyton. 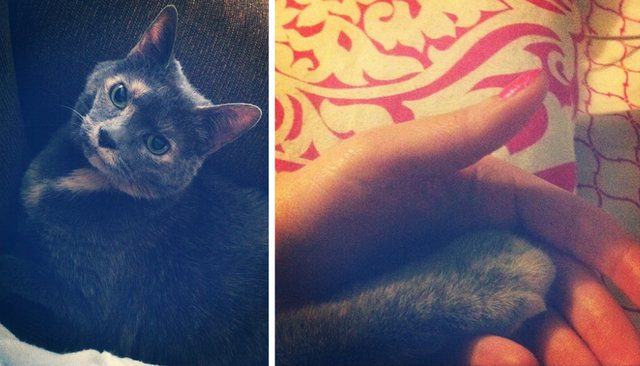 “My sister had been heartbroken ever since and been begging my dad to get another cat,” Danielle said. When it became clear that Peyton’s pleas were failing to convince her father, she took a slightly different approach, she laid on the guilt instead. 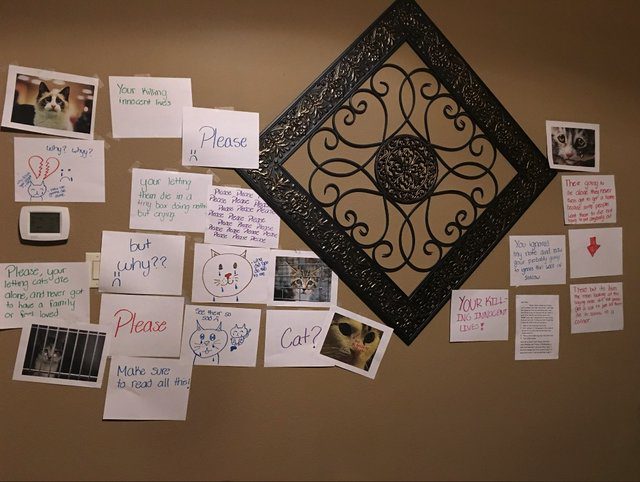 Peyton chose to highlight the lifesaving benefit adoption would have a shelter cat in desperate need of a good home. So, she then decided to make this “wall of sorrow” where she filled part of the house with notes to tug on her dad’s heartstrings and let him know what could happen. 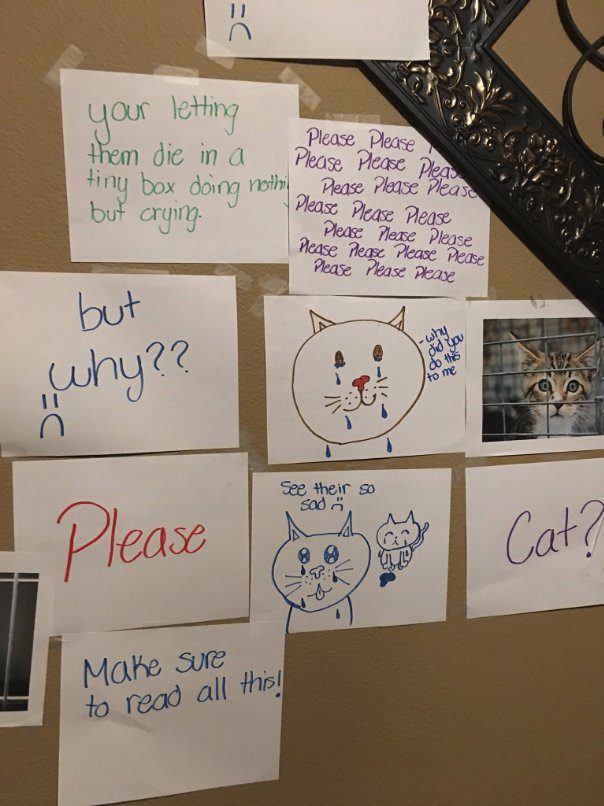 Peyton laid it on thick. 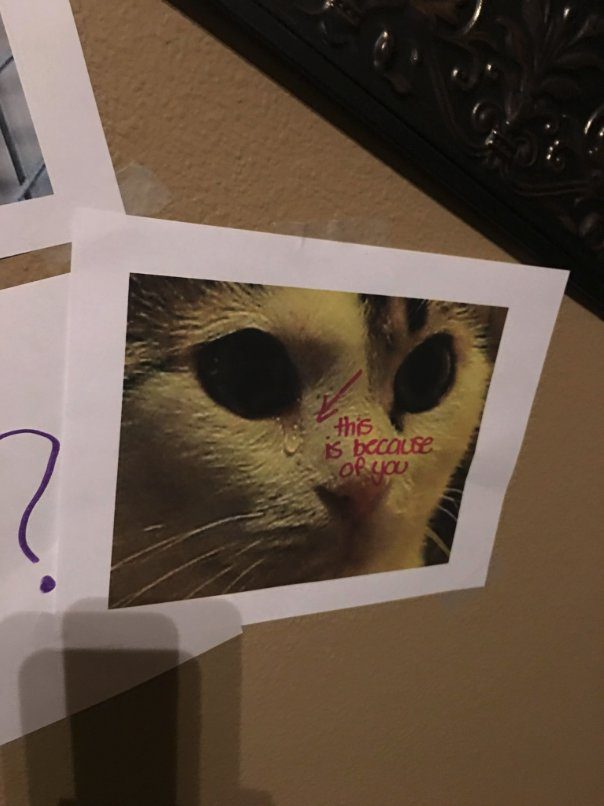 Dad’s objections were pretty flimsy because he loves cats too. He just wasn’t sure the family was ready to take on the responsibility of another pet.

However, his daughter’s persistence through the “wall of sorrow” was enough to convince him otherwise.

“He eventually caved and they rescued a cat from a local shelter,” Danielle said. “The cat was actually one of the oldest residents there, being almost 2 years old.”

With that, a kitty named Mittens finally had a home of her own. 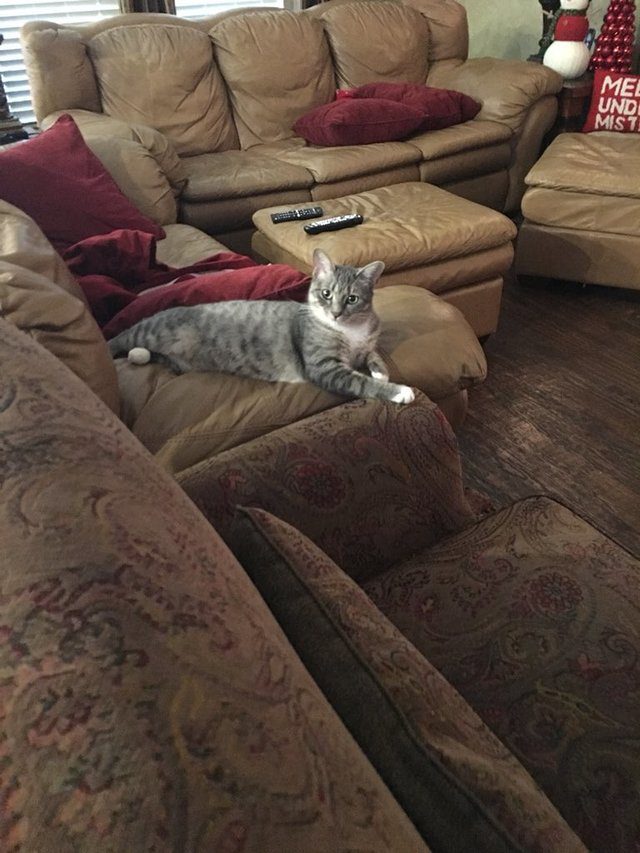 Despite his initial reluctance about getting a new cat, since the arrival of Mitten’s things has never been better. “She loves our house, and the family loves her!” Danielle said. “It’s definitely a happier environment in the house.”

It did not take long for Dad to be smitten with Mittens and the feeling is mutual. 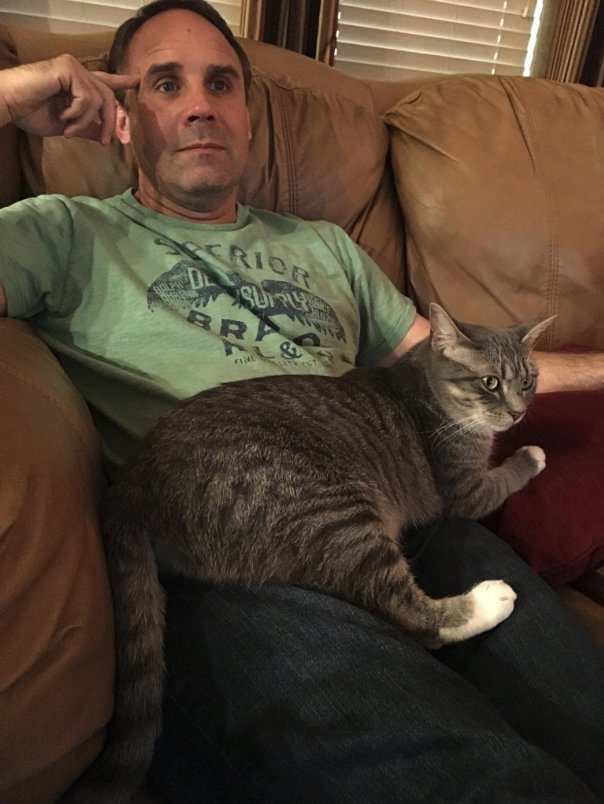 “It’s all because of Peyton. She had the persistence for it,” Danielle’s father said, adding: “Mittens is a sweet cat.”