RSPCA rescued Rolo along with several other puppies and three adult dogs from a puppy farm in 2013. When little Rolo arrived in their care, staffers were worried the puppy might not make it. Some of his littermates passed away shortly after being rescued. At the time it looked like Rolo might meet the same fate. 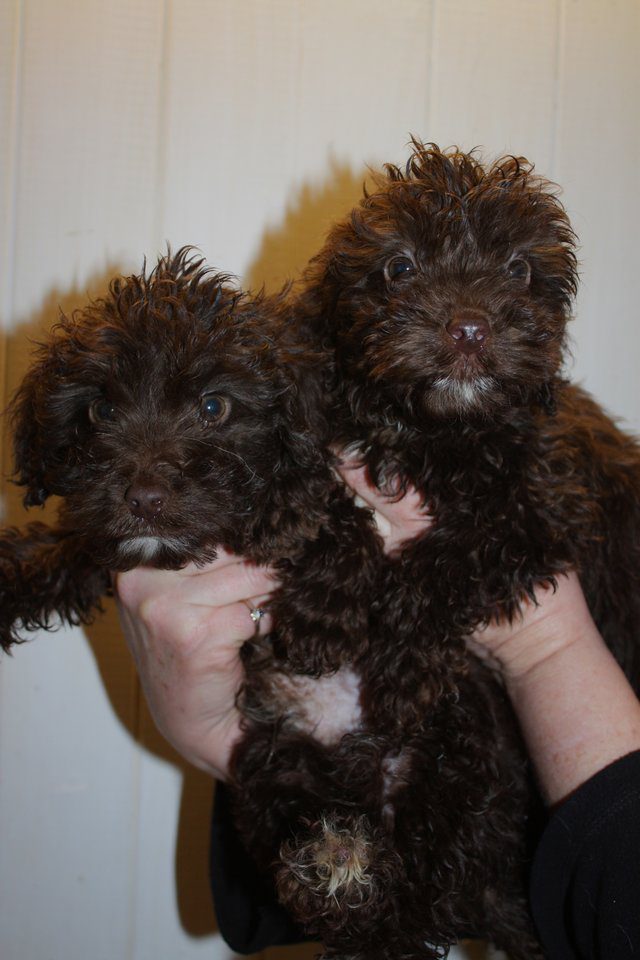 “The litter came in around Christmas time,” Kathy Butler, a dog rehoming coordinator with the RSPCA, said in a press release. “They were unsold and had been living outside in sheds and barns, many in appalling condition. Little Rolo almost didn’t make it. One of the nurses at the vet’s fostered him to give him round-the-clock care and, thankfully, he pulled through.”

Tiny Rolo, despite how sick he was, somehow managed to recover from his ordeal. When he was well enough, he was put up for adoption, and taken in by a wonderful family with two kids who welcomed him into their home. 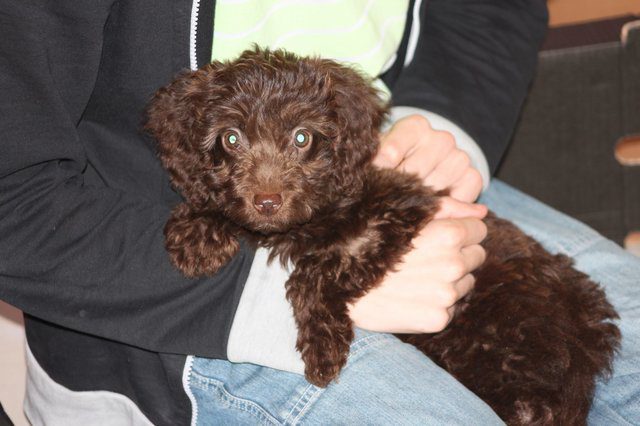 “We collected him on January 2, 2014 — although he was much better he still weighed only 2.5 kg (5 lbs) and needed much more TLC,” Claire Dean, Rolo’s new mom, said in a press release. “If it hadn’t have been for the RSPCA taking these dogs in, I’m sure Rolo would have died.”

Rolo thrived in his new home and as he grew, his personality began to develop. The family marveled at what a sweet, compassionate pup he was turning into. He loved everyone he came across and was always gentle. 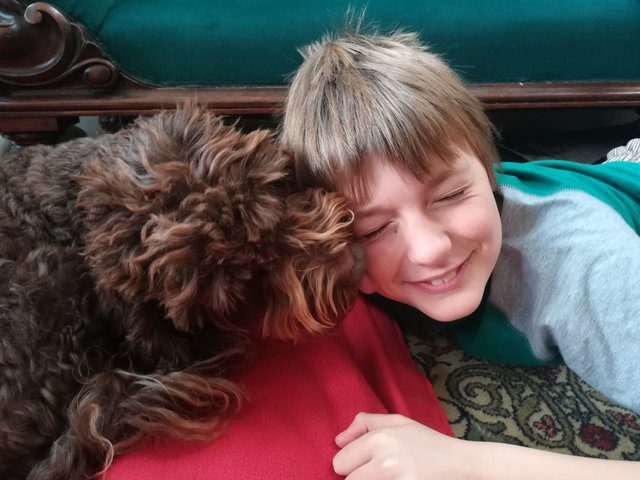 Dean thought that if her family ever adopted a dog, she would want to train him as a therapy dog. Rolo came into their lives and was the perfect candidate. Rolo was trained as a Pets As Therapy (PAT) dog, and now visits Southend University Hospital in England every week.

Rolo visits the oncology ward and the children’s ward and will visit anyone who asks to see him. He tries to hang out with as many people as he can during his visits. He even brings joy to the people he passes in the hospital halls. 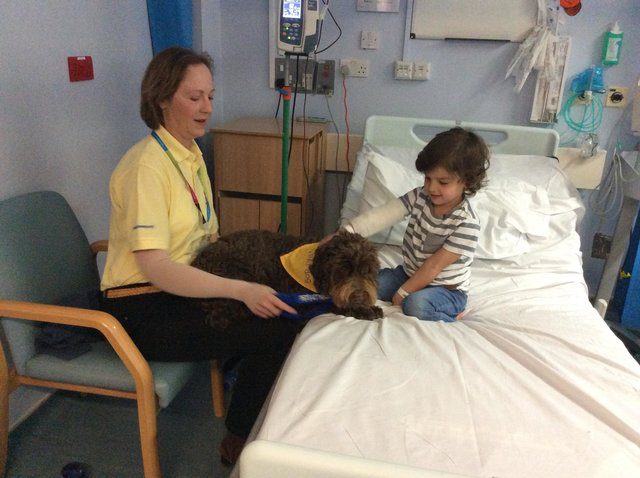 “It can take some time to get to where we are actually planning to go because of people wanting to stroke Rolo and talk to him as they see him along the corridors,” Dean said. “Many people are surprised to see a dog in the hospital. Rolo goes up to the patients and is just incredibly friendly and calm. Rolo also lifts the mood of visitors and most definitely the staff — and has become quite well-known now in the hospital. It is very special to hear if patients have been talking about Rolo and asking when he is coming in next.” 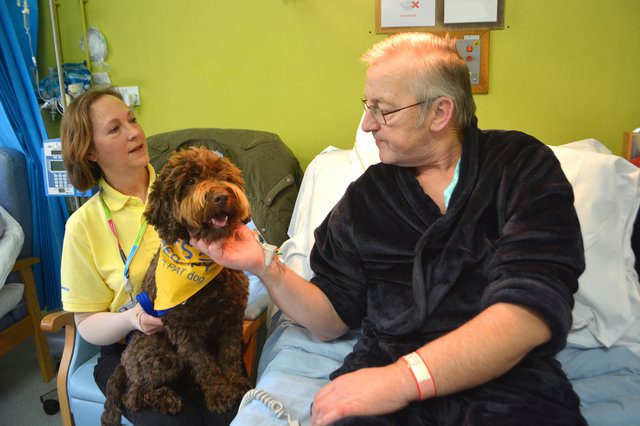 Rolo not only visits residents at a care facility and occasionally acts as an ambassador for the RSPCA. He loves each and every volunteer activity he participates in because he loves meeting different people. Rolo has come a long way from the sick little puppy he was and everyone is overjoyed to see where he is now.

“I’m incredibly proud of Rolo and how far he’s come,” Butler said. “When we saw that little bundle of fluff being carried out of that horrendous place, so weak and vulnerable, I’d never have believed he could be doing something like this just a few years later. He’s a wonderful example of what rescue dogs can achieve when they’re in the right environment with a loving family — and when they’re given the opportunity to be themselves.” 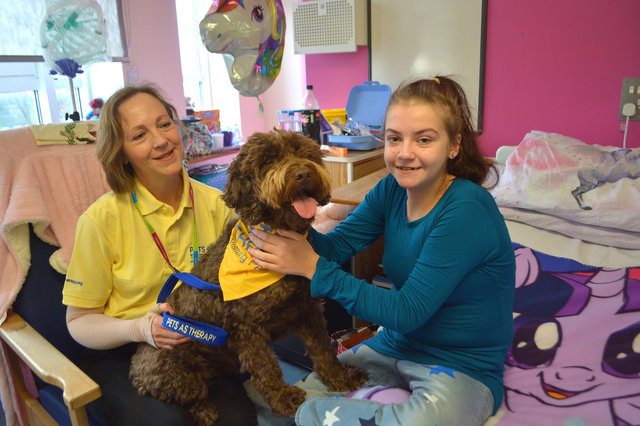