Home
animals
Man Finds Eagle Stranded In Field, But The Reason He’s Stuck Is Quite Strange

Ice is surely a hazard on the roads during the winter — but one game warden in Oklahoma recently found out just how perilous it can be for animals, too.

Last Tuesday, warden Spencer Grace with the Oklahoma Department of Wildlife Conservation received a call from a group of ranchers who were concerned about a local eagle. They said they usually saw the bird perched in a nearby tree every day, but had just seen him hopelessly flapping around in the field below his tree. 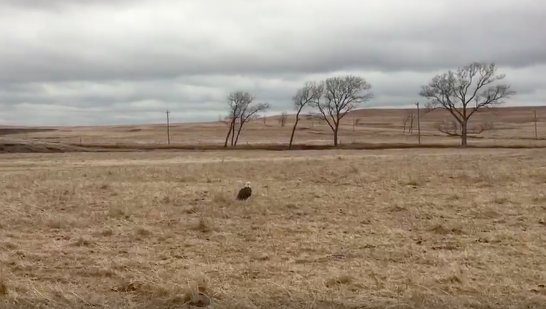 Arriving on the scene, Grace quickly spotted the eagle and noticed the bird couldn’t fly more than a few feet before falling back to the ground. Once Grace got closer, it was easy to see why: The eagle’s wings and torso were completely coated with ice.

An ice storm had just hit the area and there was another one on the way — which meant the bird would become even more encased in the ice if he didn’t get help soon.

Luckily, Grace knew just what to do. 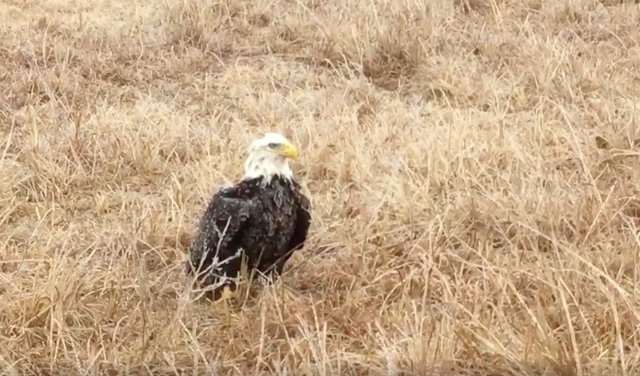 He carefully followed the bird around the field for a few minutes with a large carrier, and after a short chase was able to corral him inside.

Despite being caked with icicles, the eagle seemed to be healthy — and he let Grace know it.

“I’m trying to catch my breath because it wasn’t really easy to get caught up with him,” Grace said in a video he recorded once he got back to his truck. 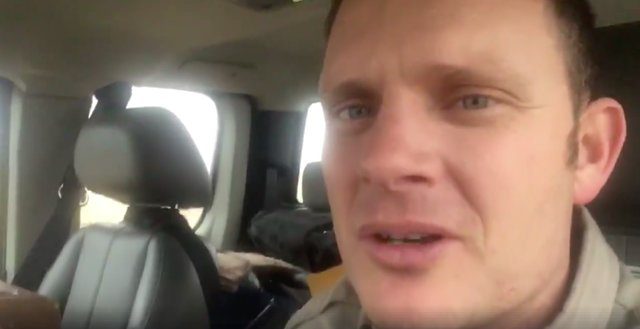 Once inside the truck with the bird, Grace cranked the heat and sat the crate on the front seat to help melt the ice away.

“I’ll get him warmed up and hopefully he’ll be able to regain his energy and get dried off,” Grace said. 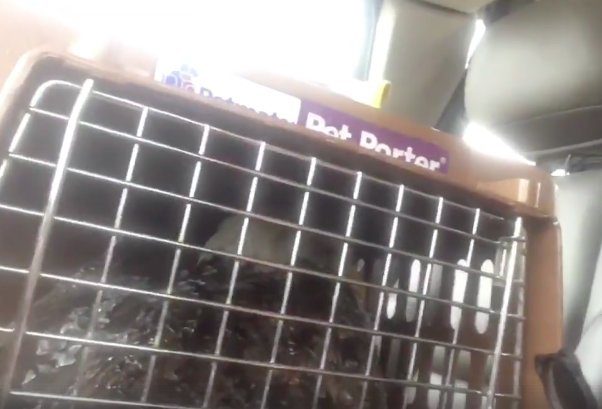 After close to an hour, the bird was free of ice — and seemed to be more than ready to get back outside and go about his day. Grace opened up the door and the eagle quickly bolted out.

Finally able to stretch his wings again, he soared right up to a tree in the distance, the same spot the ranchers see him in every day. 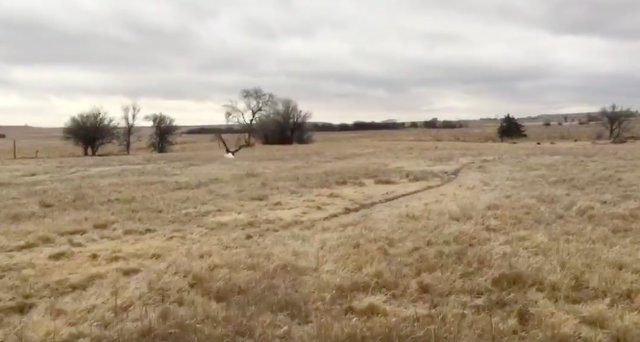 “I think that’s the first time I’ve ever had an eagle that couldn’t fly who was coated in ice,” Grace said. “This kind of weather is really hard on wildlife of all kinds.”

But now, thanks to Grace, at least one bird is back where he belongs.

Watch the video of the rescue below: