In the lush Annamite Mountains between Vietnam and Laos, roams an extremely rare deer-like creature called the saola the saola is considered critically endangered; just about 100 of them are thought to exist. The deer is so rare he’s become known as the “Asian unicorn.”

Scientists discovered the animal in 1994, and since the saola’s discovery, people have been trying figure out how to save this rare creature. The soala is threatened by snare traps set to catch other kinds of animals in the region. Seeing this rare creature in the wild is an extremely rare occurrence. 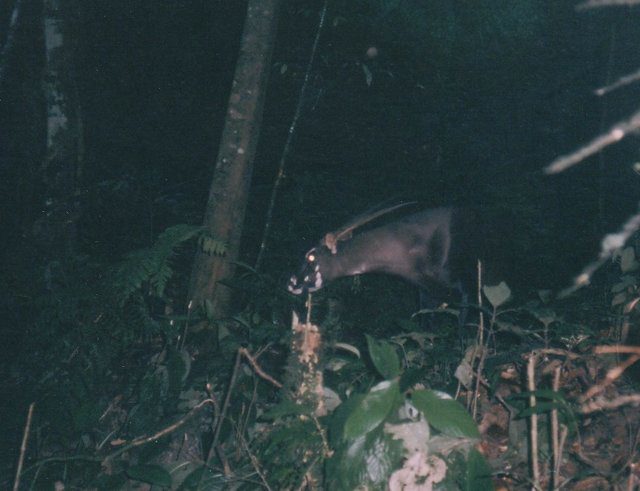 There has never been a biologist that has ever seen a saola in the wild. The only person on the planet is William Robichaud, coordinator of the Saola Working Group (SWG).

“Given that it was the first (and pretty much still the only) adult saola seen by the outside world, I certainly had a sense of the significance,” Robichaud said about the time he saw a saola who had been captured and spent several days in captivity before passing away. “Awe pretty much took over — she was so beautiful, and possessed of such a calm nature.” 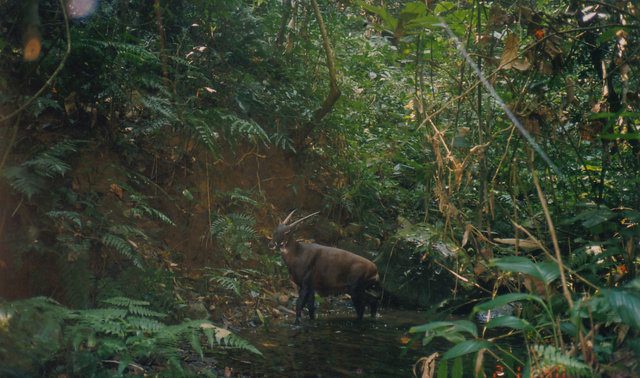 A camera trap in central Laos caught this rare image of a wild saola. 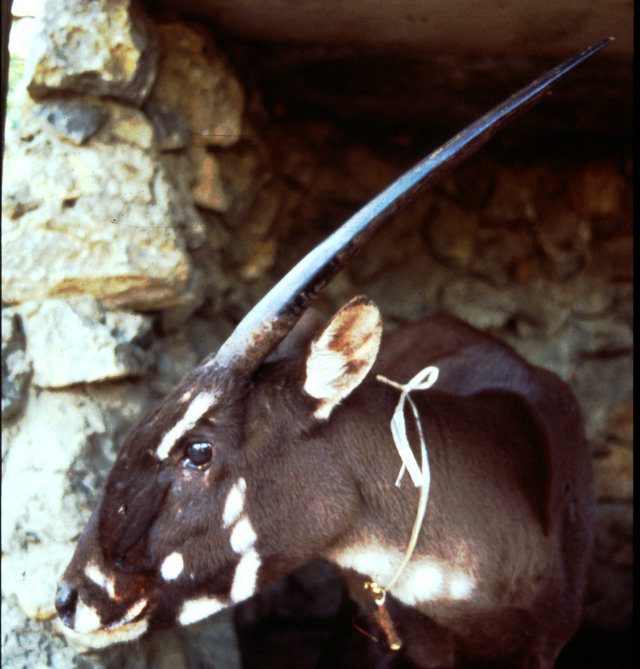 Because there are camera traps set up in the forests, the last time a saola image was captured was in 2013.

“We are hopeful that we are not too late to save this species from extinction, and while the IUCN estimates that there are fewer than 750 individuals left in the world, that number may, in fact, be fewer than 100,” Lindsay Renick Mayer, associate director of communications for Global Wildlife Conservation (GWC) said. 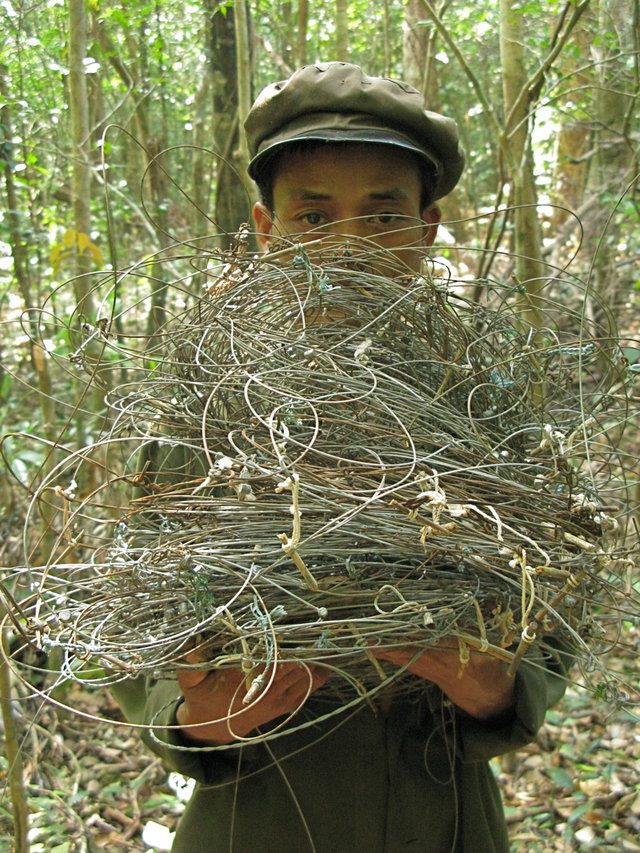 Patrol team member holding wire snares collected in saola habitat in central Laos. These kinds of snares are killing some of the last saolas left in the world.

People from GWC and the SWG are teaming up to prevent this very real Asian unicorn from becoming a mere myth. They have removed snares from saola habitat to prevent poaching, scientists are trying to find a pair of wild saola strong enough to start a family in a breeding center. This would be the last possible hope to increase the population.

It’s possible all we’ll have left of this real-life unicorn in a few years are their long, straight horns. 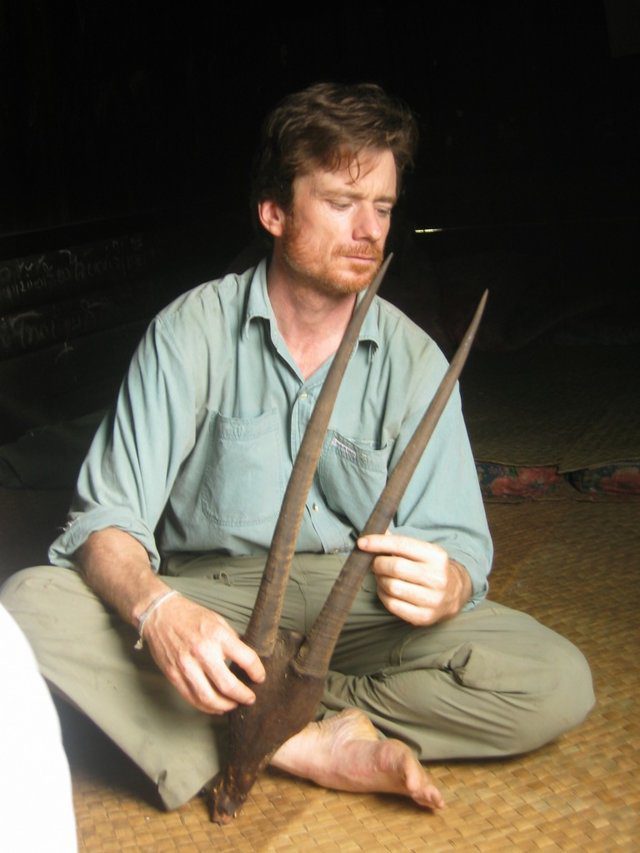