Dogs are called ‘man’s best friend‘ for a reason. The dog in this video is a perfect example.

In Podgorica, the capital of Montenegro, a man in a yellow hoodie is seen following a woman down a residential street.

In the video, a black dog, believed to be a stray, is seen sitting in the middle of the street.

The man grabs the woman from behind, knocking her to the ground, before trying to grab her handbag. The dog immediately springs into action, biting the man’s buttocks and legs. The would-be robber then runs away as the dog chases after him. 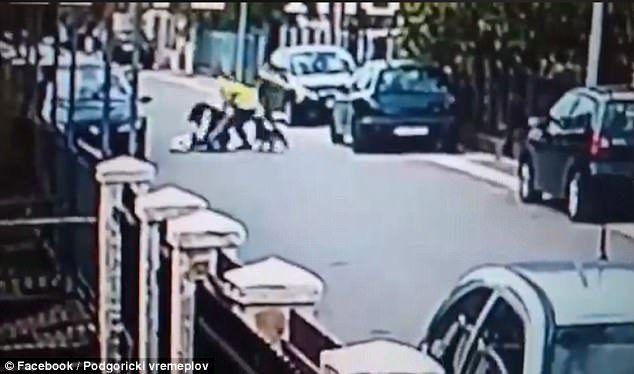 Incredible footage shows the moment a brave dog stops a woman from being robbed in the street by a thug.

The video, which was posted on the Facebook group vremeplov, a group for people living in Podgorica. The post has since gone viral, with over 4,000 likes on Facebook.

Members of the group were full of admiration for the dog.