While Nicole Graham was out riding on the Geelong beach in Austrailia with Paris, her daughter she suddenly started to sink into a quicksand-like mud. Nicole was able to free her daughter and her daughter’s horse, but her horse, Astro, was too much for the woman to pull out on her own.

Astor weighs over 1,000 lbs. and his efforts to free himself caused him to keep sinking deeper and deeper. What was even worst was that the tide was rising, and they did not have much time. She was desperate to save her beloved horse before it was too late. 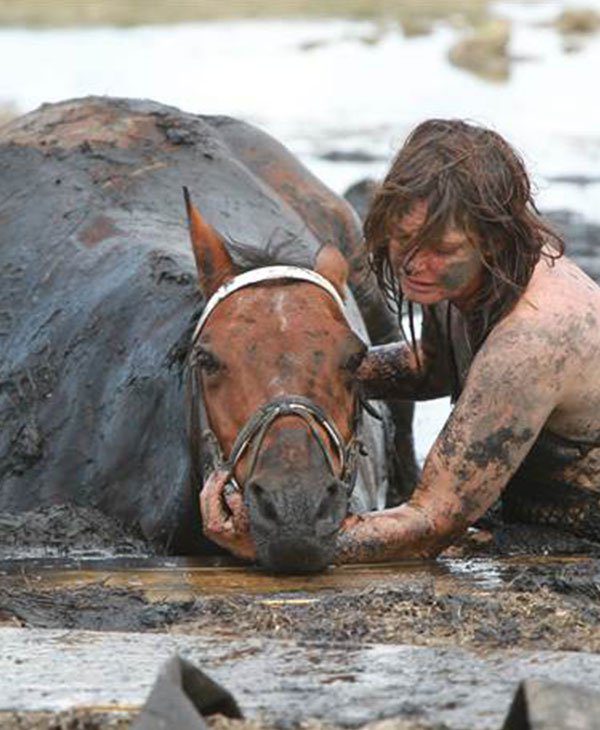 Nicole frantically tried to help her horse of 18 years, by keeping him calm while rescuers dug in the mud around him. She kept Astro’s head above water during this horrible experience.

She sent Paris to their car to call for help and after three hours, rescuers arrived on the scene. Nicole was relieved because the wait was over, but getting Astro out was no easy task. 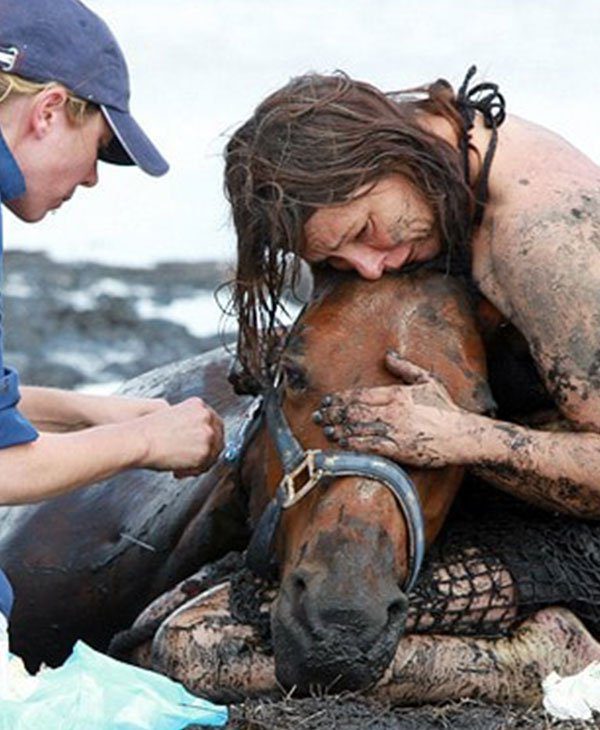