Photographers in Australia got access to an undisclosed airport runway and took photos of crated sheep as they were being loaded onto cargo planes. The sheep were packed into crates like lifeless cargo. The animals had no food, no water, and a terrifying plane journey ahead of them. It was unclear exactly where they were headed, Kelly Dinham, spokesperson for Suffering Souls, the animal welfare group that published the photos online, does not think it is a pleasant trip since sheep are some of Australia’s many victims of live export. 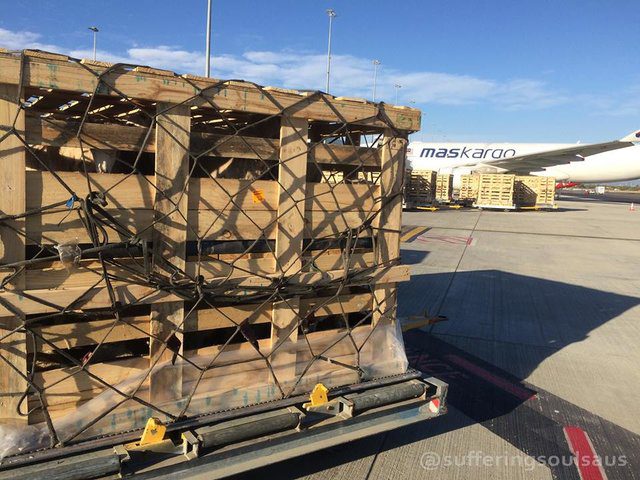 “This particular MASkargo [part of Malaysia Airlines] flight did not provide their destination location on the flight tracker app as planes normally would,” Dinham said. “However, it is likely that they went straight to Malaysia as we [Australia] are sending more sheep there recently.”

Once the sheep reach their destination, they are slaughtered in a very horrific and inhumane way. 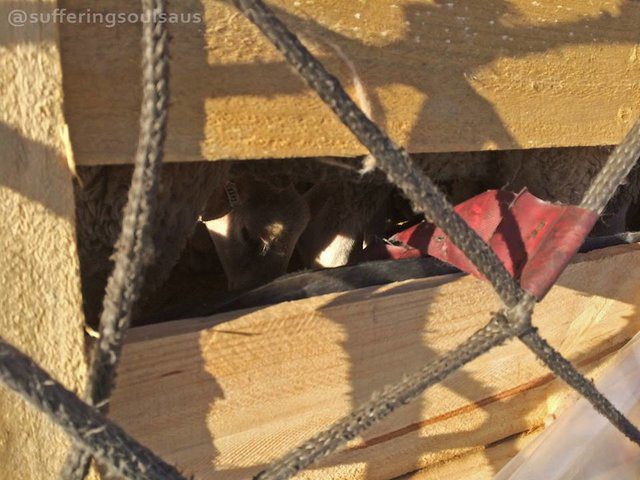 Each year, Australia exports millions of sheep, cows, and goats to Asia and the Middle East. When the animals reach their destination, often in countries that don’t have welfare standards for slaughter as Australia does and they’re either painfully killed in slaughterhouses or sometimes sacrificed in ritualistic ceremonies.

Many of the animals leave Australia on “live export” ships, large vessels in which thousands upon thousands of animals are packed into tight quarters. Many die due to stress, sickness or heat exposure, which has led opponents to dub the ships “floating ovens” or “floating coffins.” It’s so bad that one cow made international headlines in 2016 when she leapedf from a boat into the ocean to try and escape. 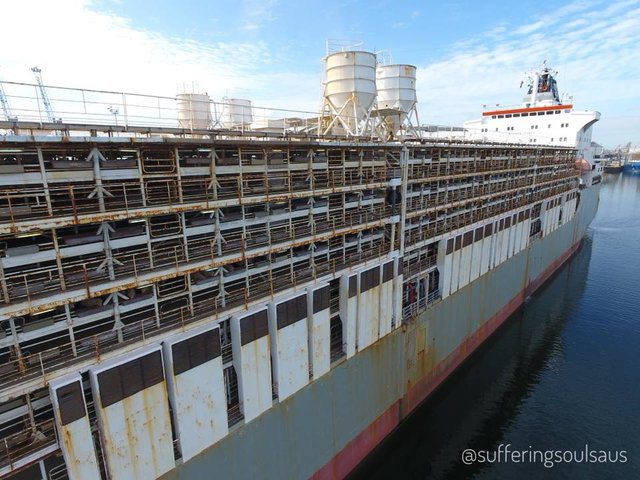 Even though traveling by airplane would make the trip faster, animals still suffer during this transport process, Jed Goodfellow, senior policy officer at the Australian RSPCA said.

“All forms of live animal export carry significant risks to animal welfare,” Goodfellow said. “While air transport is generally better for animal welfare than export by sea, any technical problems with ventilation or crate design can lead to severe suffering and death.”

Deaths are fairly common on these plane journeys. 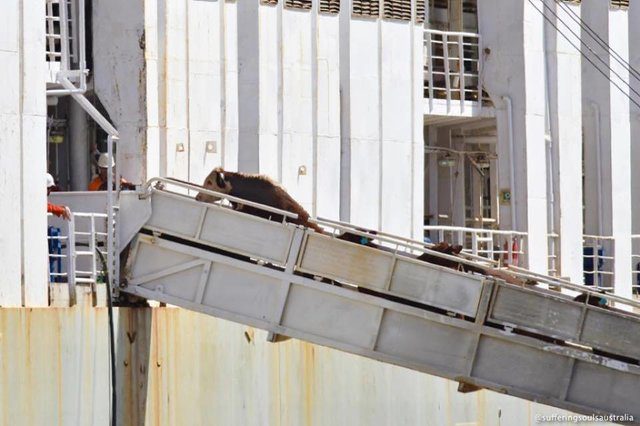 “There is a standard allowable death rate for each voyage,” Dinham said. “Forty-nine cattle died on a flight from Melbourne to Kazakhstan in 2013, 18 cattle died on a flight from Melbourne last year, and a couple of years earlier 174 out of 2,000 sheep died from heat stress on the way to Singapore from Perth. It’s not only about death, though — can you imagine the fear of an animal taking off in an airplane and being flown across the ocean?”

The photos of the sheep packed into the crates tightly — too tightly for comfort, in Dinham’s opinion. “It is hard to tell, but from the photos we provided there are two levels in each crate, and at least eight to 10 sheep per level, maybe more,” she said.

Dinham explained most of the sheep hadn’t been shorn, which would have made things worse. Not only would they overheat inside of the crates, but they were probably headed to a country with a hot climate, whether it be in Asia or the Middle East. 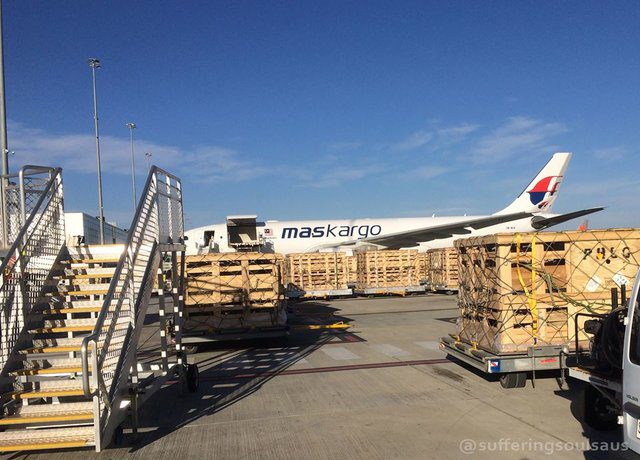 The sheep could potentially remain on the tarmac for hours before being loaded, according to Dinham.

“Since sharing these images, we have had many concerned [airport] employees contact us, sharing their experiences and stories,” Dinham said. “We have heard sheep and goats are left on the tarmac for hours when there are delays. They are left languishing in the sun in those crates, unable to move. They were petrified.”

It is unknown how many sheep ended up on each Maskargo plane, but previous live export flights have carried up to 1,000 animals, according to Dinham. This is little in comparison to the 70,000 animals crammed onto a live export ship. 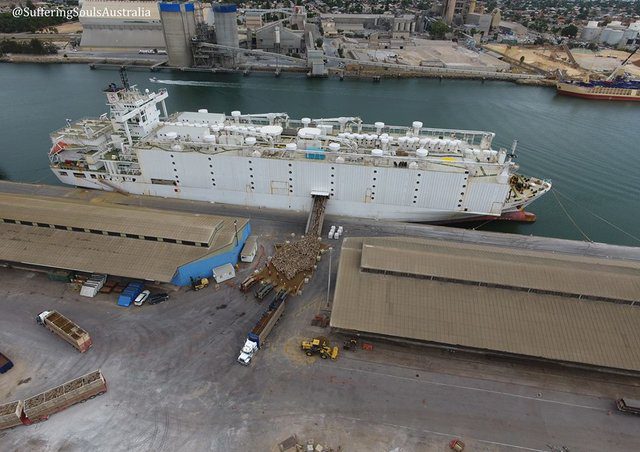 While it is too late to help the sheep in the photos, Dinham hopes that showing the cruel ways in which they’re handled will pressure the Australian government to put a stop to the practice of live export. Public concern has been growing as many of these animals are shipped abroad to be killed in ways that wouldn’t be legal in Australia.

“Good people do not want animals to suffer,” Dinham said. “Industry and our government want to keep these people in the dark. After we shared our post, the majority of the comments were along the lines of, ‘I had no idea this happened.’” 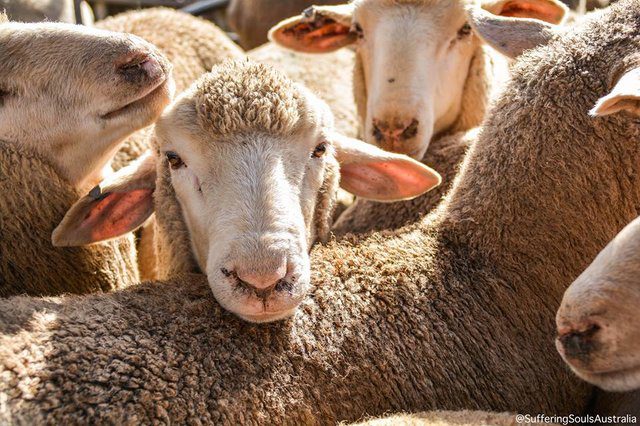 Dinham hopes that people recognize what incredible creatures sheep are.

“What most people are surprised about when meeting sheep in a sanctuary setting is just how friendly they are,” Dinham said. “Many enjoy running up to greet people, cuddle and pats, just like cats and dogs. Sheep are very intelligent — they make best friends, can remember faces and problem-solve.”