At one dog shelter in Taiwan, dog lovers would have a field day. There they can find over 3,000 dogs of all shapes and sizes, receive countless wet kisses and happy tail wags to around the clock. 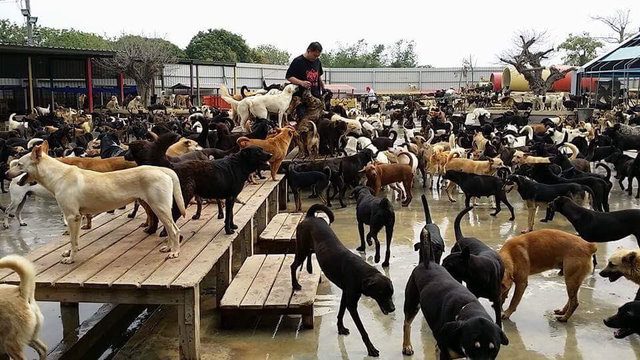 Mrs. Hsu’s Sanctuary, a family-owned shelter, was opened five years ago and is one of the few shelters where the dogs outnumber people. Because the country has an overabundance of stray dogs, the Hsu family slowly began taking in a small population of strays. The numbers kept growing until, eventually, a Good Samaritan donated a large facility to serve as a proper shelter.

Today, the sanctuary houses over 3,000 dogs as they await their forever homes. Many volunteers devote countless hours to the dogs. When Angel Wang started volunteering at the shelter four years ago she, too, noticed how many dogs in her community were homeless.

“I really love dogs, but especially the stray dogs,” Wang said. “Because there are so many, our shelter has become the largest one in Taiwan.” 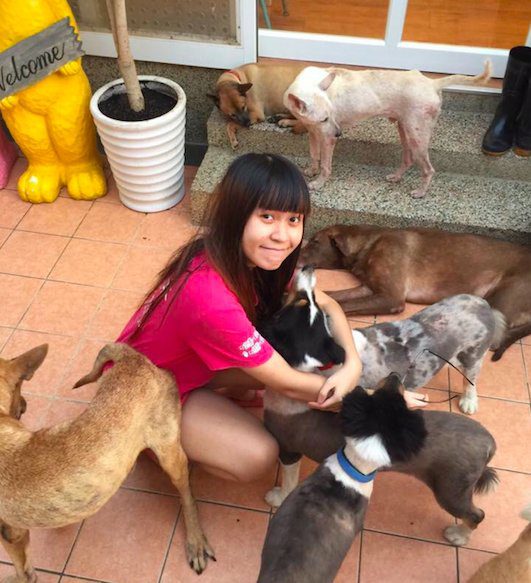 Taiwan became the first country in history to ban the euthanization of stray dogs as a means of population control. Shelters, including Mrs. Hsu’s Sanctuary, are putting a greater focus on spay and neuter programs. This is a welcomed change that will hopefully raise more awareness about the impacts of breeding.

A majority of the dogs at the shelter came in as strays, many were rescued from car and motorbike accidents or in traps, which are steel spring traps put out by farmers to keep animals away from crops. Usually they end up snaring unsuspecting dogs in the process. 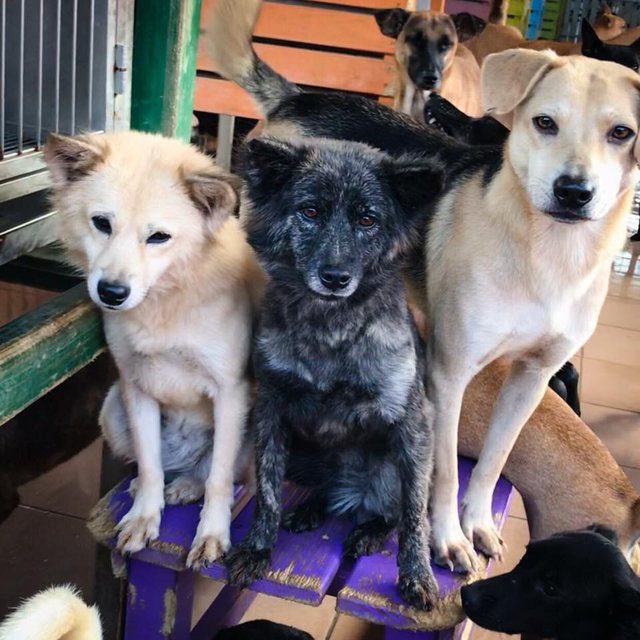 “We have a vet in our shelter, but if the dog has an injury that is too critical, they’re brought to a local animal hospital,” Wang said. “We have a number of dogs with missing legs or paralysis in the back legs.”

The shelter also has a special supporter who builds custom, low-cost wheelchairs for any dog resident who needs them, in addition to an array of full-time employees and volunteers. The shelter also offers a large-scale grooming room, a night room for the dogs to sleep in and a special room just for cats. Because many of the dogs are strays they are used to the company of other dogs and generally spend daytime out in the “park,” which gives them an opportunity to play with one another and go for walks with volunteers. 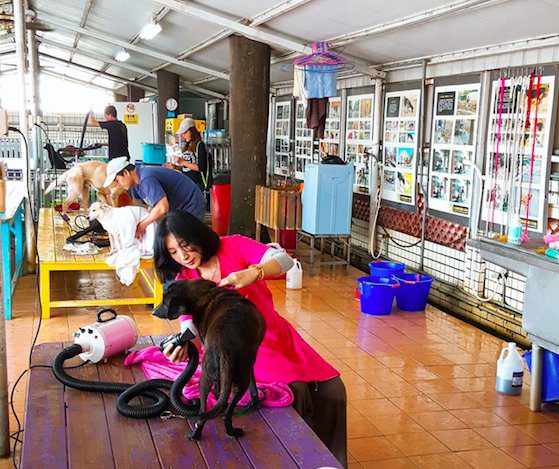 Wang enjoys the one-on-one time with the dogs and has even met her best friend in the process. Wang spotted a shaggy, sweet-looking gray dog who had just been brought in as a stray.

“She was immediately very kind to me and wanted to sit on the floor and play all day,” Wang said. “Every time I’d go to the volunteer, she would spot me and would walk beside me for the rest of the day. I eventually started calling her Huei Huei, which means ‘gray.’” 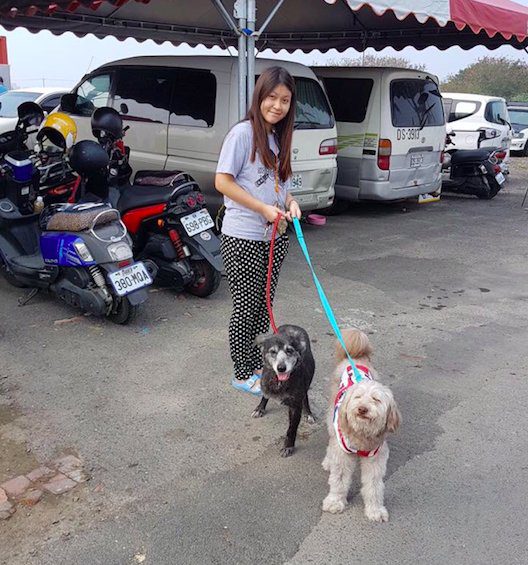 The time Huei Huei spent in the shelter turned into years, and Wang continued paying special attention to her. In March 2017, she officially brought her home.

“She touched my heart,” Wang said. “We became such good friends.” 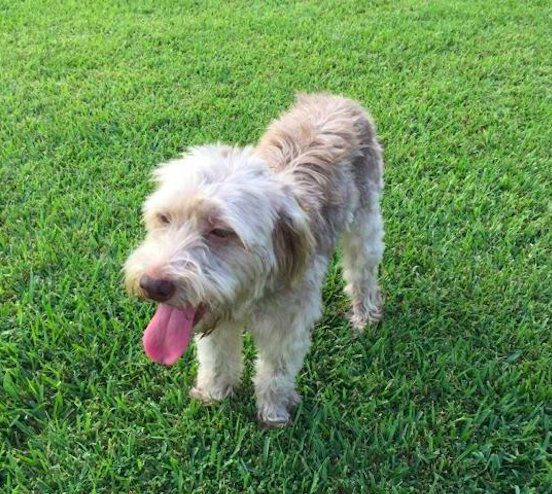 The amount of dogs outnumbers staff members and volunteers, but people throughout the community work around the clock to care for the dogs. They are fully funded by the donations of local people who believe in their mission. 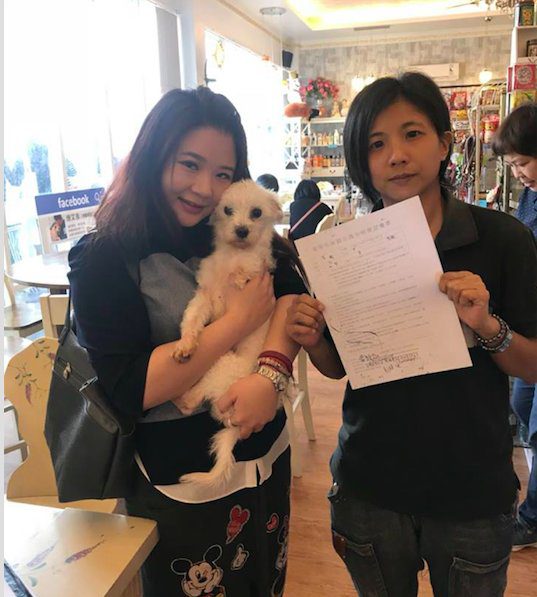 “I love being with the dogs and seeing them happy,” Wang said. “Their smiles are my favorite part.”