The latest Christmas advert set to pull on the heartstrings of the nation tells the tales of a 50-year-long marriage between two adorable bears – and could give John Lewis a run for its money in the cute stakes.

Filmed in the historic – and now closed – Terminal One at the West London airport, the two-minute advert takes viewers down memory lane to 1967 as it recounts how the couple first met. 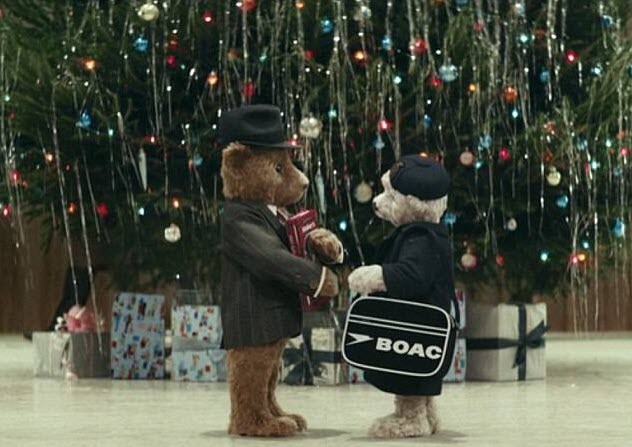 Bear-y cute! Edward and Doris Bair star in this year’s festive ad from Heathrow Airport. The two-minute commercial tells the story of how the couple met and are reunited at Terminal One during different stages of their lives 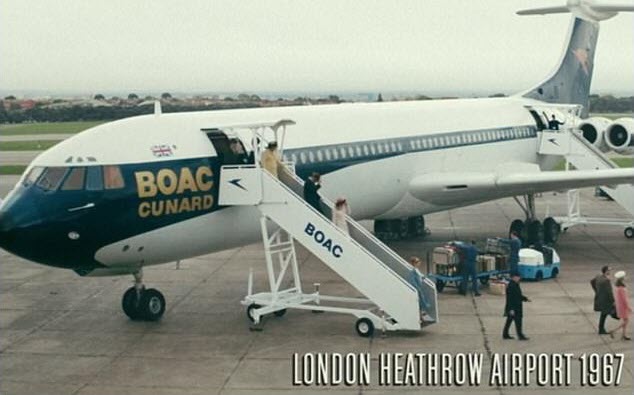 The camera starts whirling in 1967, taking viewers down memory lane to the flights that were landing in West London five decades ago

A clumsy Edward leaves his coat on a flight – a long-disbanded Boac Cunard plane – and is handed it back by cabin crew Doris.

The bears, who starred in the airport’s first seasonal advert last year, quickly fall in love and soon become Mr and Mrs Bair, with a growing family.

As the decades roll on, the airport setting changes – with digital screens arriving in the 80s – but the bears’ festive reunion remains unchanged. 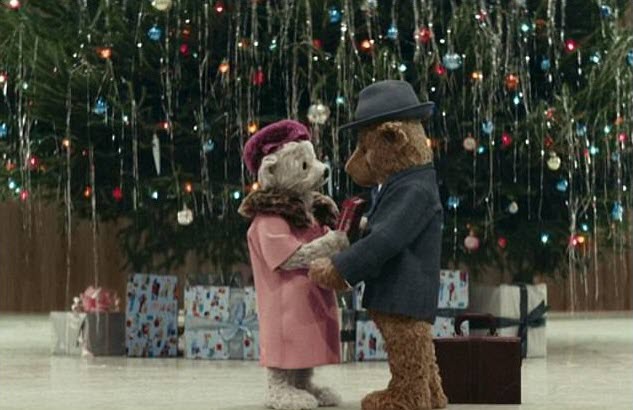 Same tree, different spot: The Bairs continue to reunite in arrivals after falling in love when cabin crew Doris hands Edward his lost coat in 1967 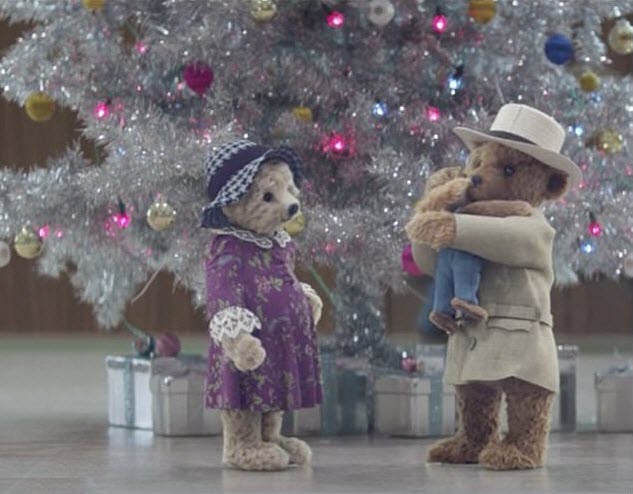 By the late Seventies, fashions had changed and the Bairs are seen greeting each other with a mini bear already in tow and a bear in the oven…

With Petula Clark’s Couldn’t Live Without Your Love providing an emotional soundtrack, viewers are left heart-in-mouth at Edward’s final arrival at Heathrow.

Heathrow’s Commercial Director, Ross Baker, told MailOnline: ‘After an overwhelming response across the globe to Doris and Edward last year, we had to bring these lovable bears back to our screens. 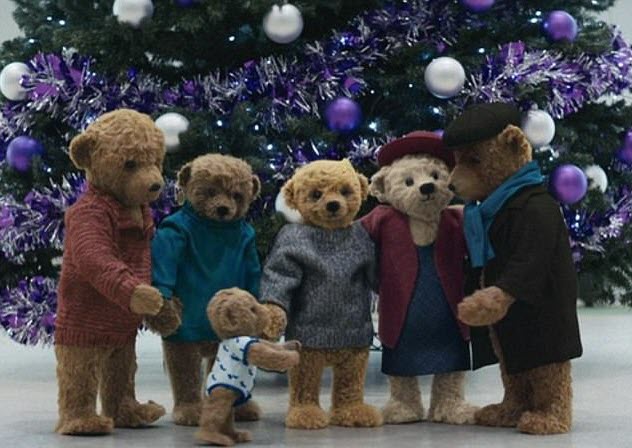 And then come the grandchildren! The makers behind the ad say they wanted to convey the feeling of ‘being wrapped in the arms of a loved one at Christmas’

‘We hear from our passengers that there is no greater feeling than being wrapped in the arms of a loved one at Christmas.

‘We wanted the advert to capture this unique feeling and make people feel even more excited to welcome friends and family this festive season.’

The advert closes with a lone Edward looking at a black-and-white photo of his wedding to Doris, and viewers – momentarily at least – are left wondering whether their festive reunions have finally come to an end.

John Lewis traditionally leads the way with seasonal commercials and this year has poured £7million into its latest effort.

A final flight? Edward is seen on the plane looking at an old photo of his wedding to Doris 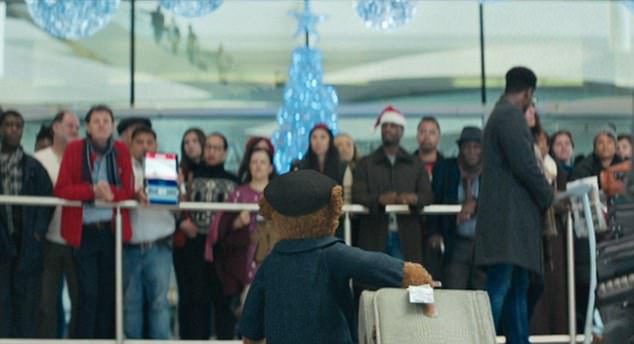 …before he enters arrivals with no-one there to greet him…or is there?

This year’s heart-warmer includes a mischievous and flatulent monster called Moz and his relationship with a seven-year-old soulmate.

The ad is directed by Oscar winner Michel Gondry and set to an Elbow cover of The Beatles’ Abbey Road classic Golden Slumbers.

Its £7million marketing blitz also includes a £20 Moz cuddly monster, clothes, mugs, children’s book and even a tie-up with Sky and Google they hope will be as successful as their Monty the Penguin’ campaign from 2014, which made £2.5million in soft toy sales alone.