There is something particularly heartwarming about pit bulls.

Though they’re often stigmatized and written off as dangerous, they’re just as capable of being as sweet and loving as any other doggy.

In fact, they’ve shown time and time again that they can be kind and nurturing, even after going through neglect or abuse like this poor pit.

Though everyone’s opinions are different, it is pretty inarguable that there was nothing scary about these poor pit bulls found in Lake Mathews, CA—except for the conditions that they were left in!

Abandoned by a jailed owner in an unbelievably messy home, the dogs were fighting for their lives until they were discovered by animal services.

But now that they’re found, they have been working (and eating) their way toward a healthy weight, and are being totally spoiled while they find new homes.

Check below to learn more about their harrowing tale. 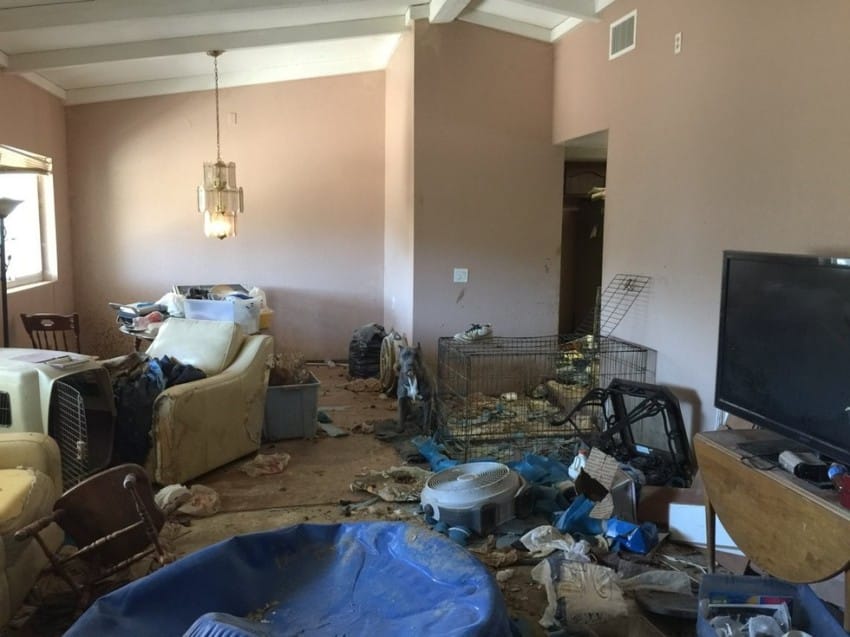 After catching a whiff of a suspiciously sickening scent coming from a home in the neighborhood, a Lake Mathews, CA, locally called the authorities.

Animal control was called to the scene to explore, and what they found inside was truly sickening. The house was completely filthy, and stank of decay.

“We’re talking a scene from Silence of the Lambs,” senior public information specialist JohnWelsh explained to NBC Los Angeles. “It was the smell of death.” 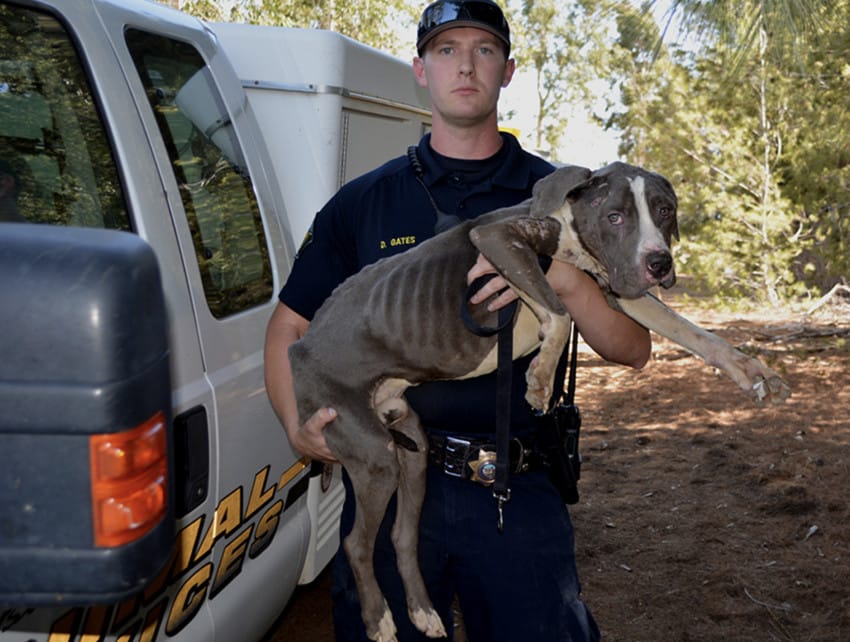 Among all of the mess was almost 40 extremely malnourished pit bulls.

Tragically, 11 of them had passed away within the home, while another passed shortly after being rescued. As it turns out, the home’s owner was in jail for drug trafficking and his wife was missing, with no one aware of her whereabouts.

Given that there were so many of the same breed, the owners were likely breeding the dogs before abandoning them in the home. 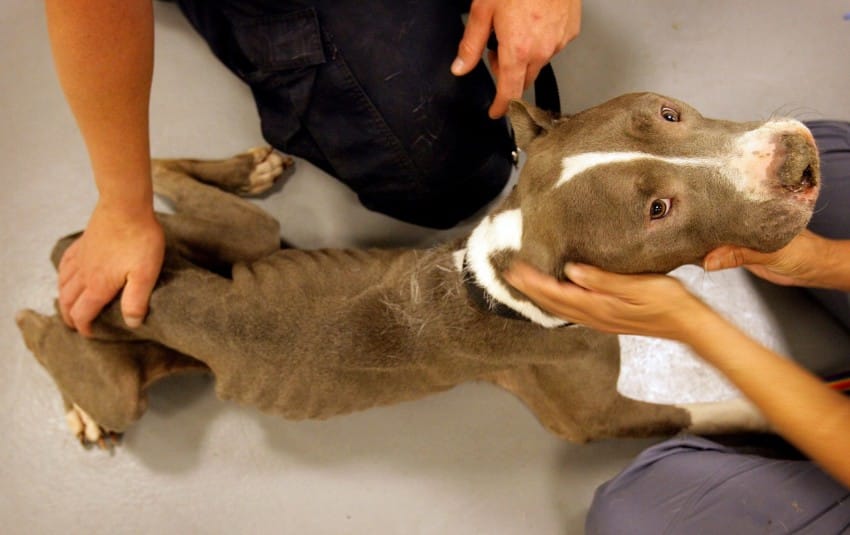 Some of the poor dogs were so thin and weak that they had to be carried out of the house.

A few of them were skittish and scared, while others were so excited to see someone new that they rushed up to give them love. 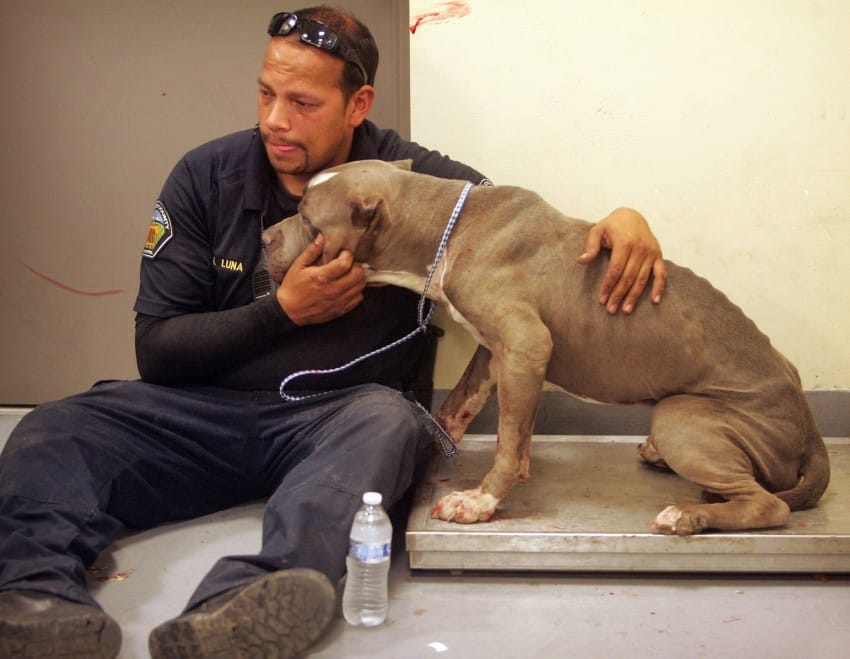 After they were accounted for, all of the dogs were rushed to receive emergency care.

Since they were all dangerously thin, the pits were put on a diet plan to help them gain weight. 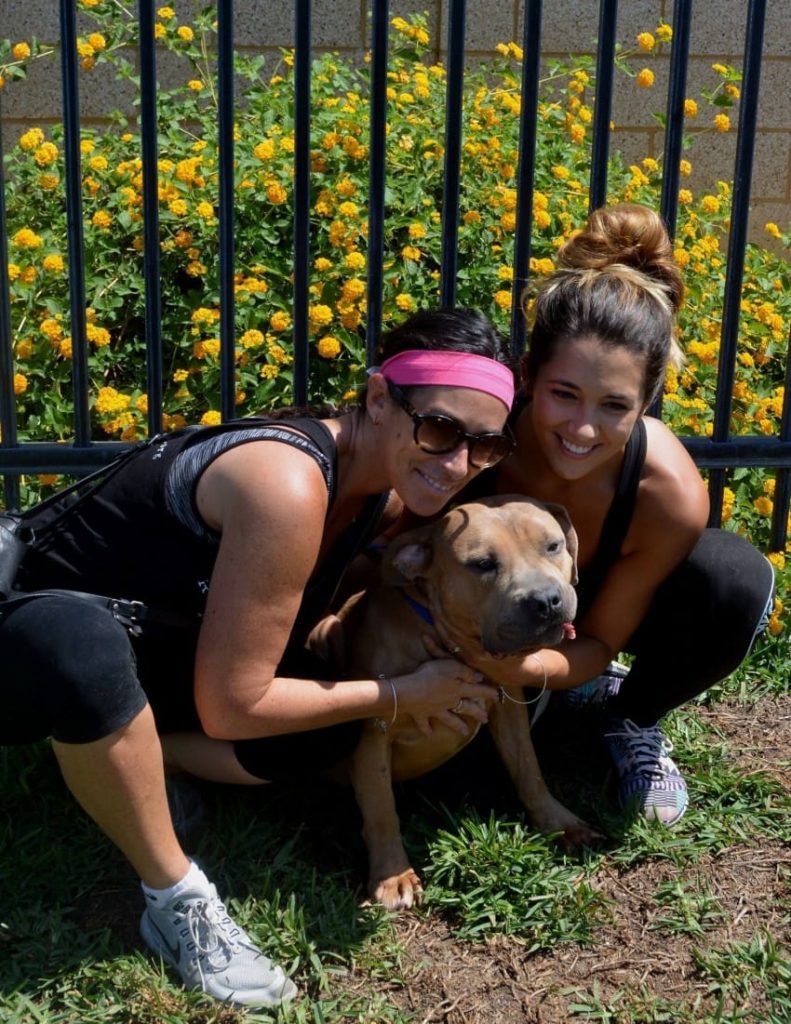 And so far, the plan seems to be working well!

They are looking a lot more healthy and definitely plumper!

Now that the dogs are at a safe weight, the next step for the service is to try and find them all homes. 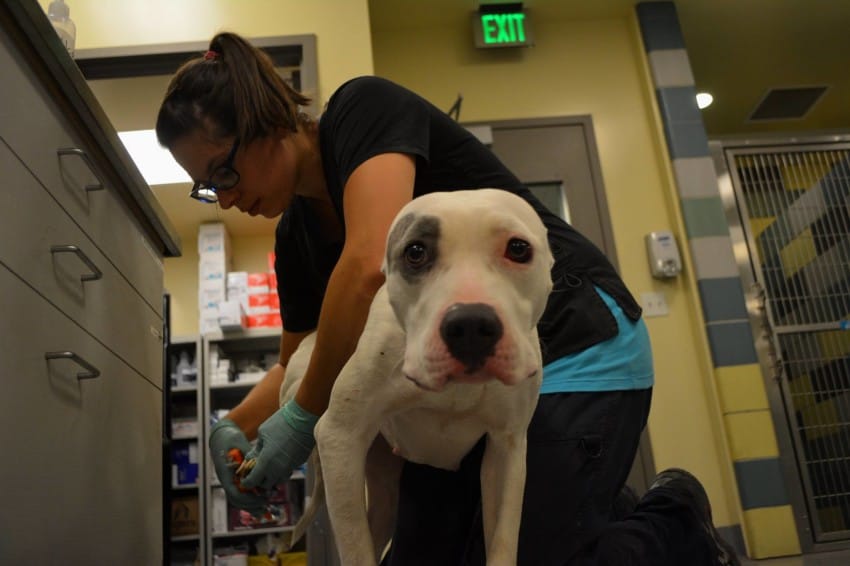 Some of the dogs still haven’t been socialized and are understandably squeamish after all that they have been through.

But the service is trying to show them all the love and affection that they were denied while in their horrible home so that they will recognize love by the time they are adopted. 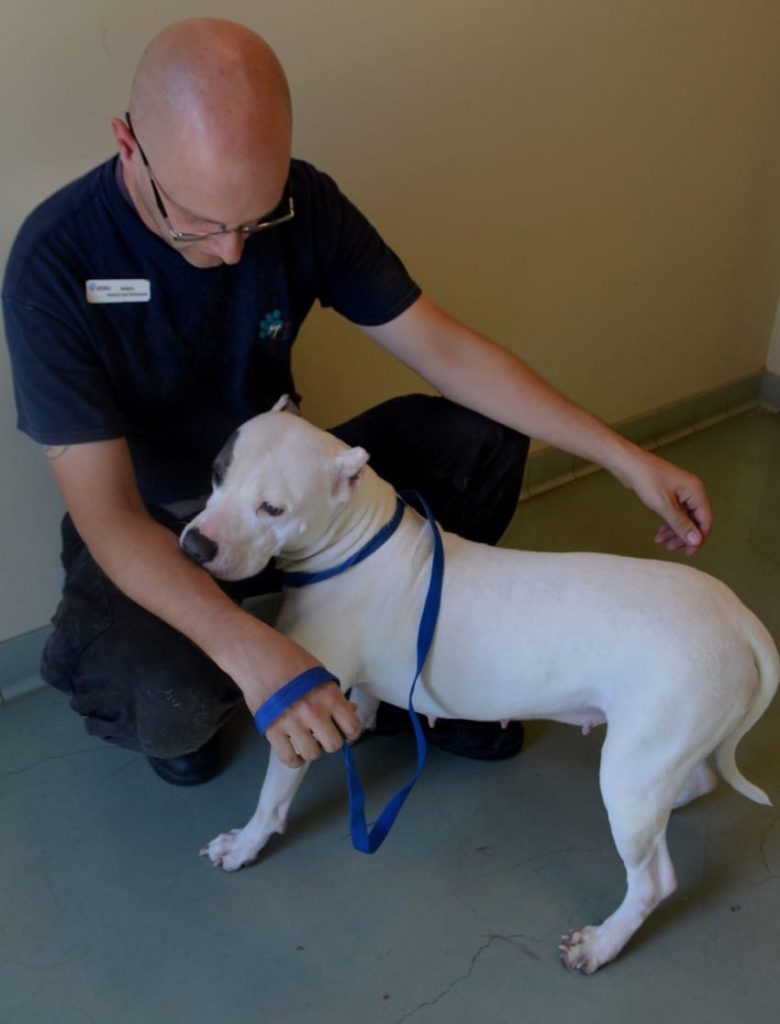 If you would like to consider adopting one of the many recovering pit bull babies, check here or here to learn how.