When a Bangkok, Thailand zoo was shutting down in 2013, Leonardo, the African spurred tortoise, was rescued. He was taken to Wildlife Friends Foundation Thailand (WFFT) Rescue Center. The center is a sanctuary to hundreds of animals. 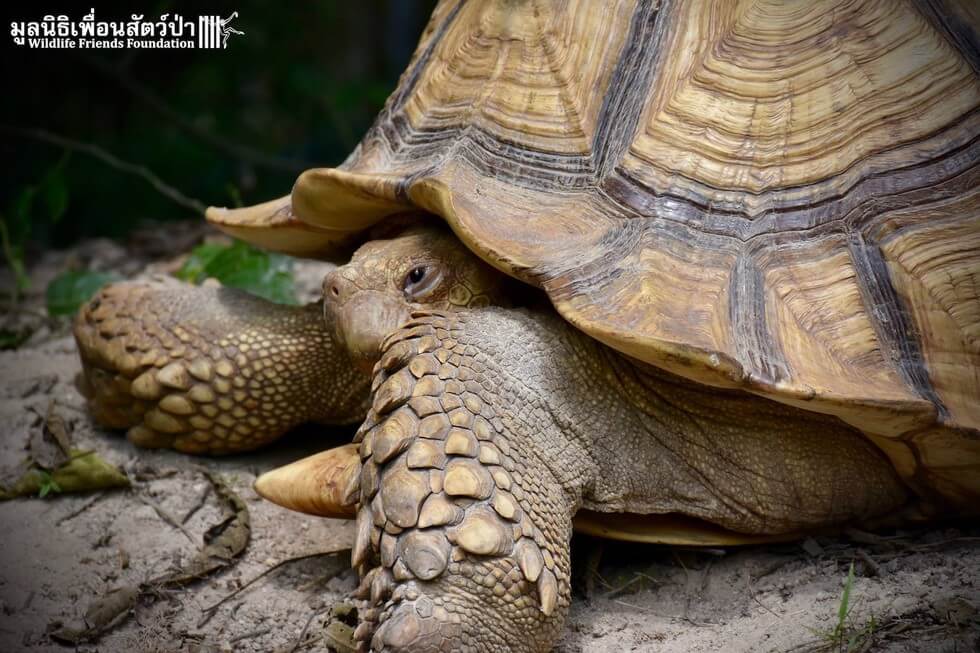 The sanctuary’s mission is to provide sick or disabled animals rehabilitation and release others that are healthy enough to survive on their own. 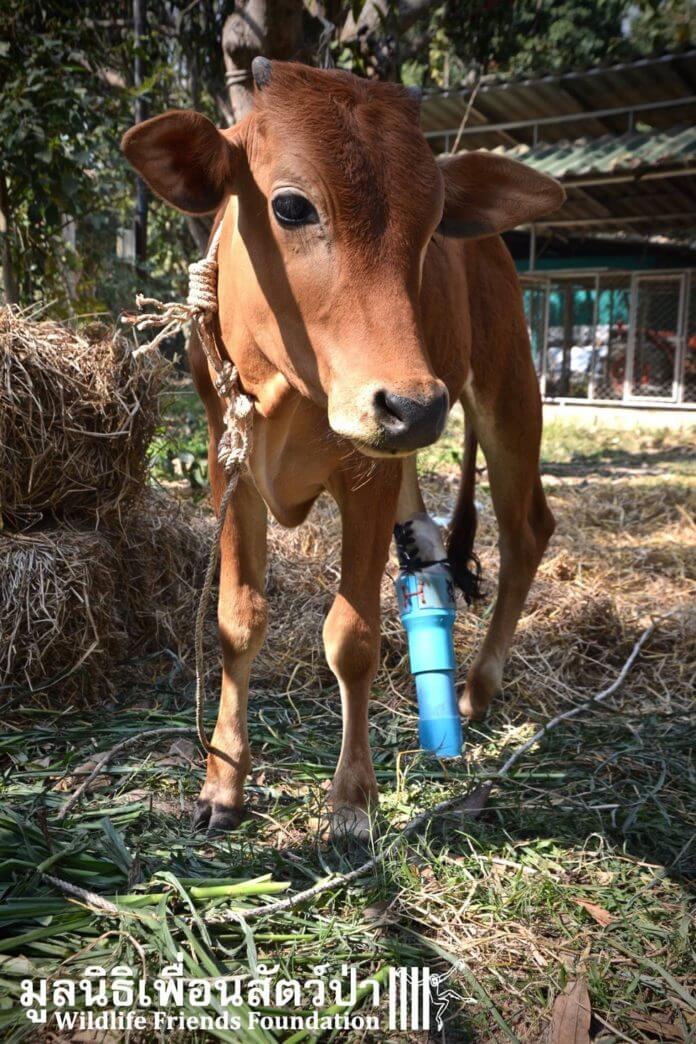 They work to educate people with a focus on children. Teaching them how to stop cruelty to animals. Leonardo was happy and comfortable in his new home for three years and then he met a new best friend! 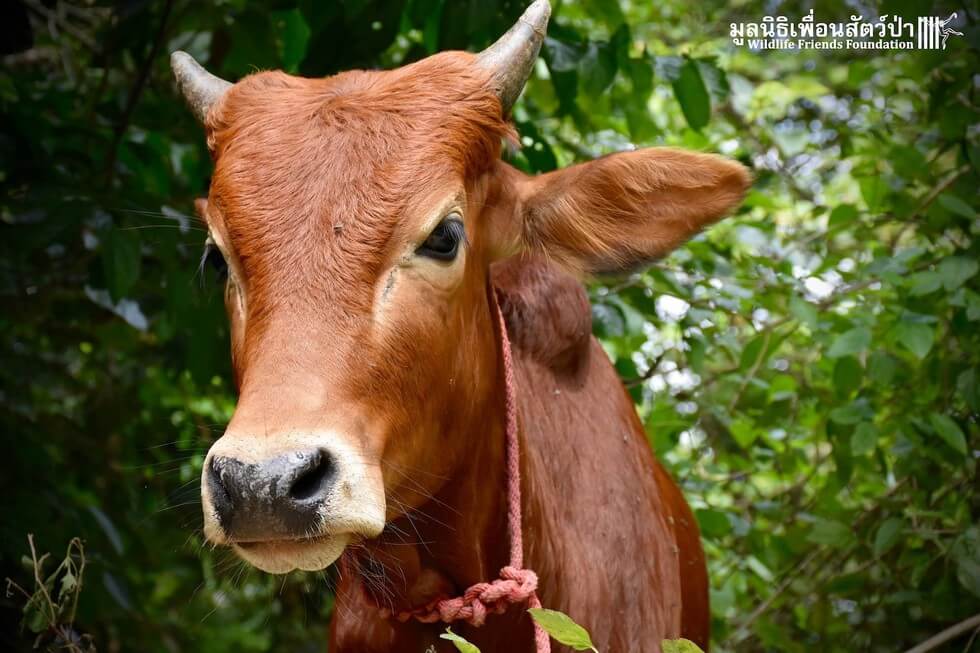 When a young cow was out grazing with his mother, he became tangled in some vines. He was so tangled that he lost part of a hind leg and was taken in by WFFT. 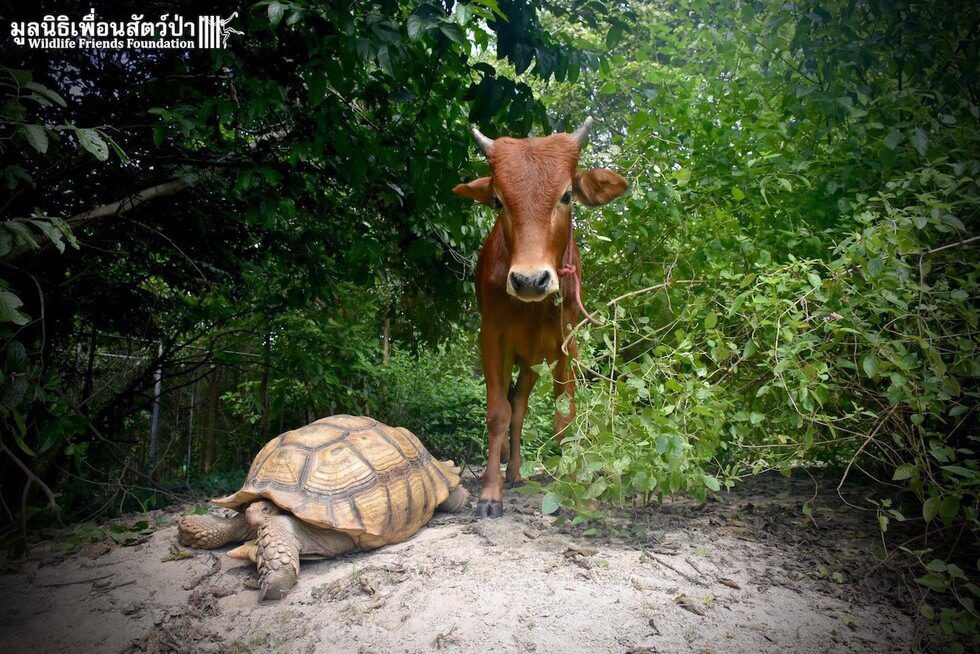 The sanctuary gave him a prosthetic leg to help him walk. 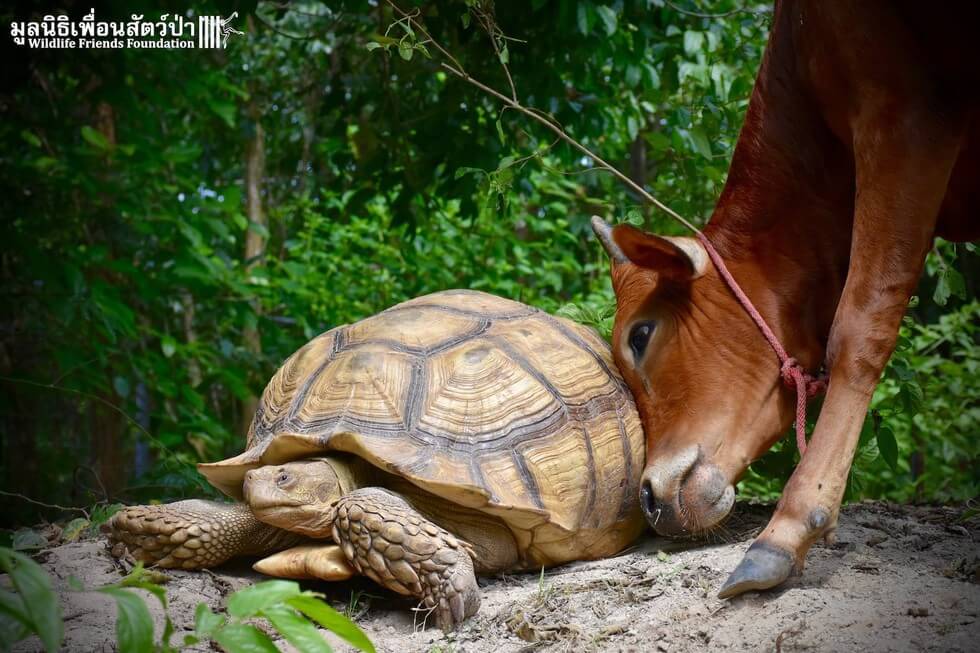 His rescuers named him Simon, and immediately found himself a friend in Leonardo. 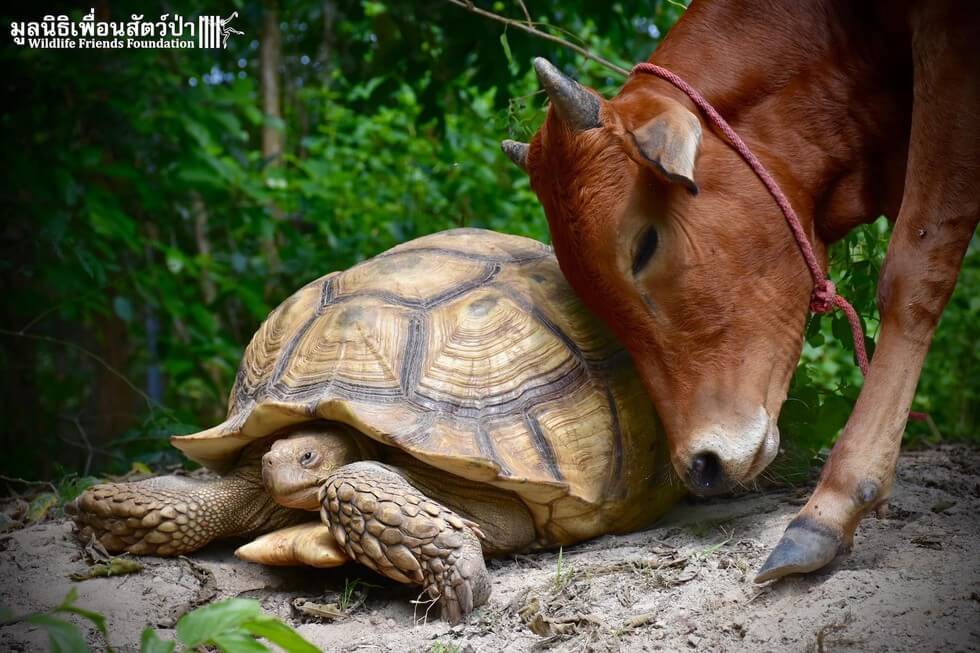 WFFT housed Simon in a large open field when he first arrived, but when Simon saw Leonardo, it was love at first sight. 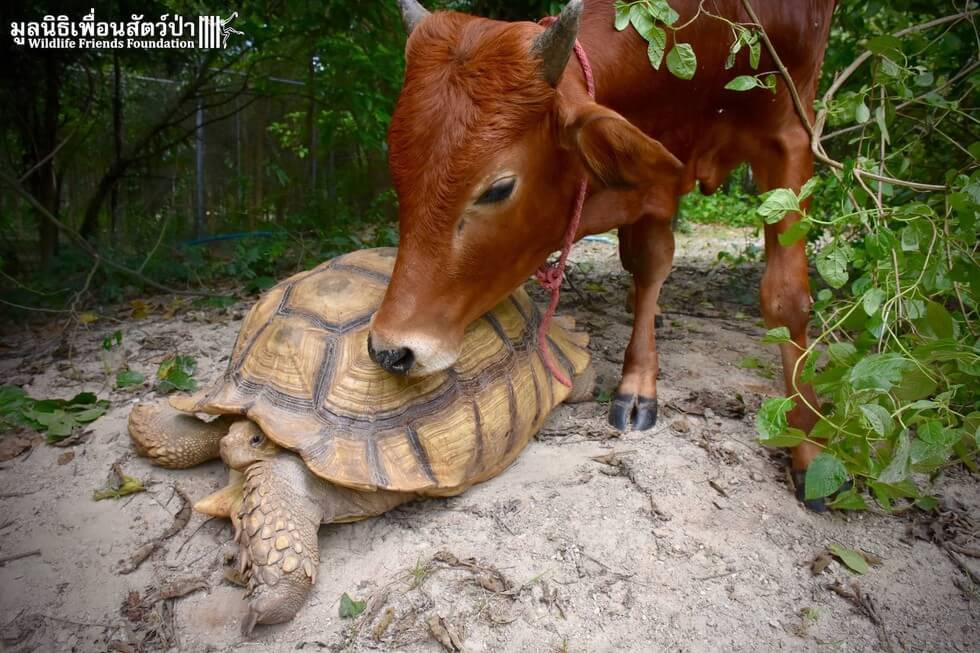 WFFT workers were surprised when Simon formed such a strong bond to the tortoise. 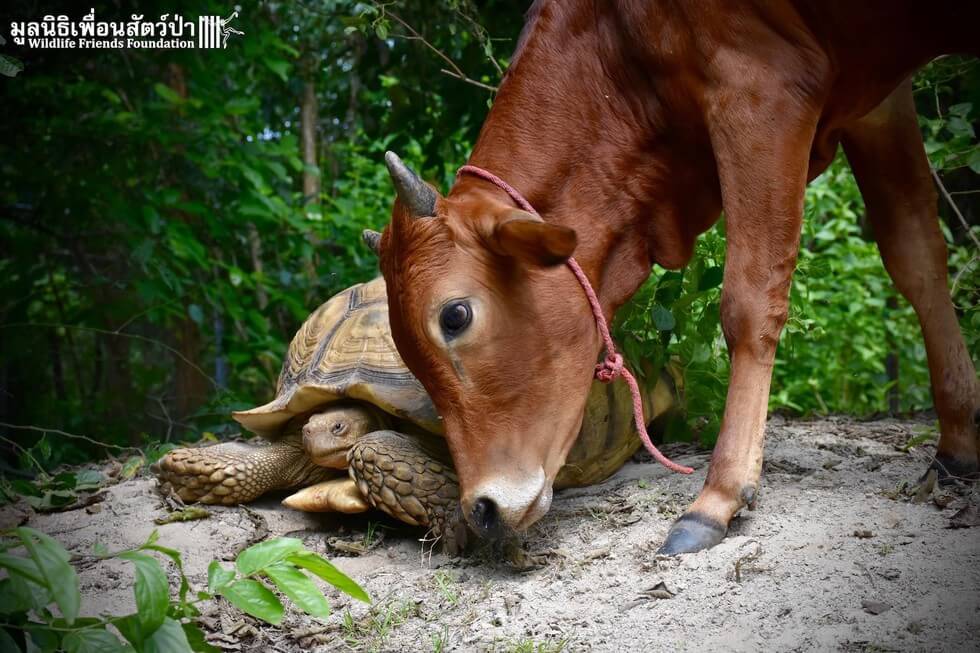 Simon and Leonardo are often seen sharing meals, and resting together. WFFT hopes that their friendship continues to grow. 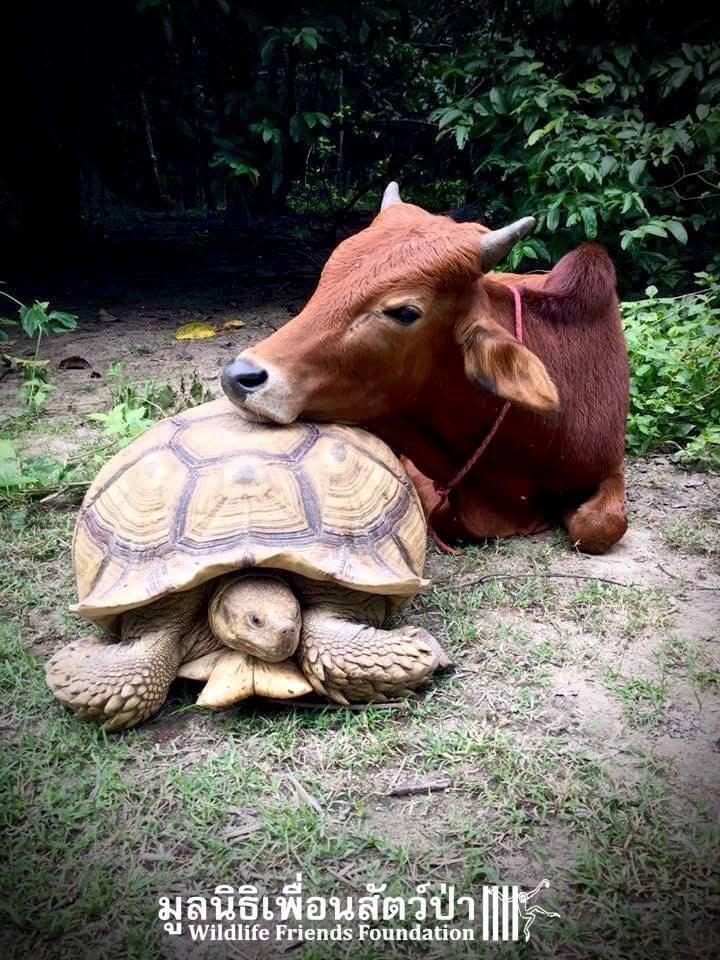