Home
animals
Woman Receives Flowers While She’s At Work, Then Realizes They Are From Her Dog…

Raising a puppy up right takes plenty of time, patience, and understanding — especially when it comes to particularly rambunctious (and seemingly incorrigible) little dogs like Murphy.

Fortunately, his mom got the perfect encouragement to keep trying her best. 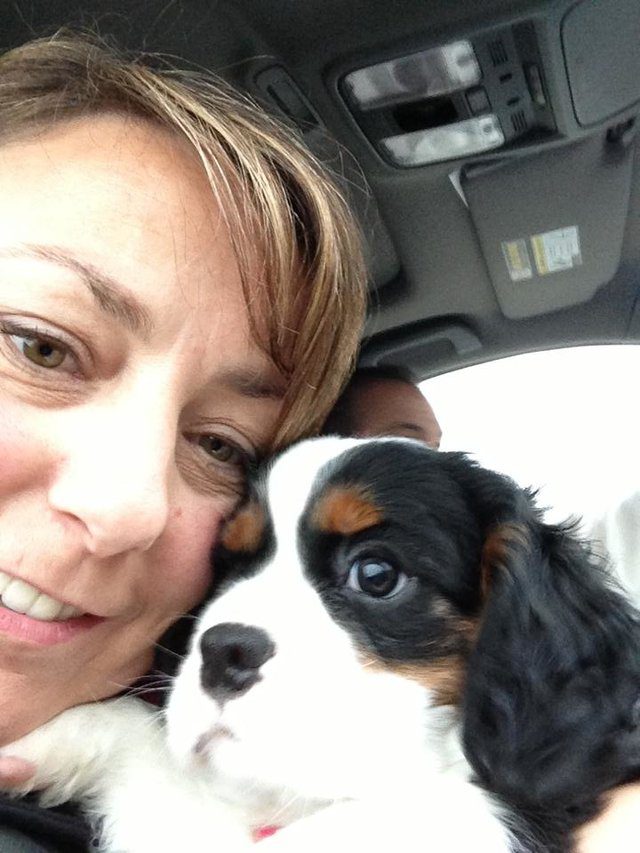 Murphy’s mom, Theresa Potratz, had trained her previous pets to be saintly sorts of canines, so she felt totally up to the task with her family’s new Cavalier King Charles spaniel. But Murphy wasn’t going to make it easy.

“From the moment I brought Murphy home he struggled with food and toy aggression,” Potratz explained. “He chewed and bit everyone and everything around him.” 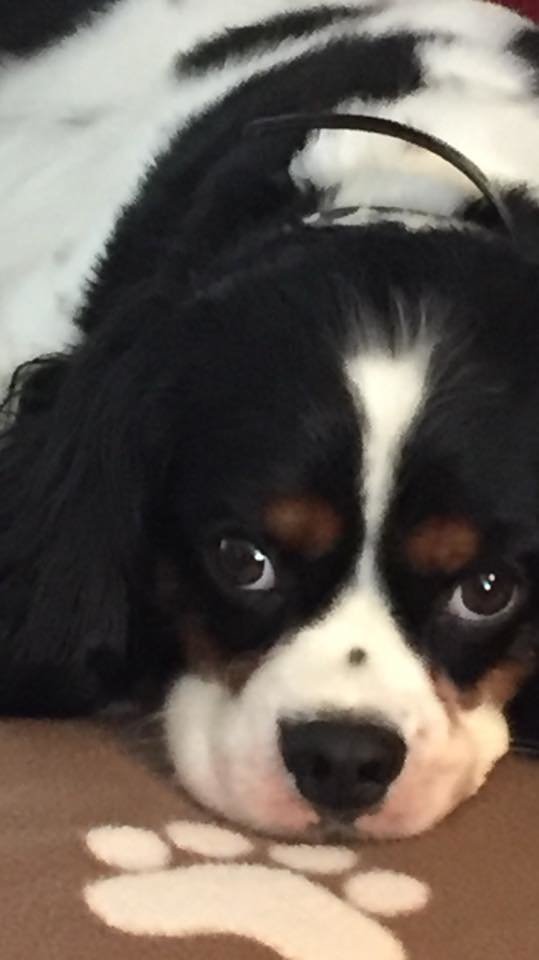 Try as she did, Potratz couldn’t get Murphy to change his ways. The puppy’s habit of chewing on things soon proved to be more than just a bit problematic, however. One day, something Murphy ate got lodged in his digestive tract, requiring an emergency trip to the vet to have surgery to save his life.

After he recovered, Murphy went right back to eating things he shouldn’t. More emergency trips to the vet followed. 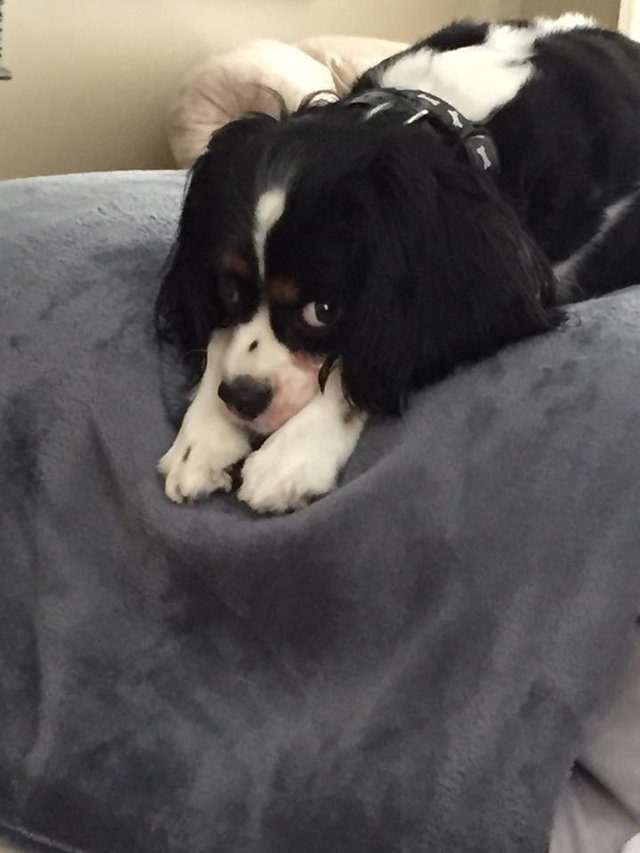 Potratz was at a loss. She’d enrolled Murphy in special training courses, but he still failed to improve. And, as a result of his earlier surgery, he now needed to be fed each meal by hand.

All of this wasn’t Murphy’s fault, of course; he didn’t intend on making life so difficult for his family. But one night, as the puppy’s problem behaviors seemed to hit their peak, Potratz broke down. Her family could see that she was heartbroken and discouraged.

But then she got the boost she needed.

“The next morning, while I was at work, a florist came in with a beautiful bouquet of flowers,” Potratz said. “I signed for them, and when I read the card, I started to cry.” 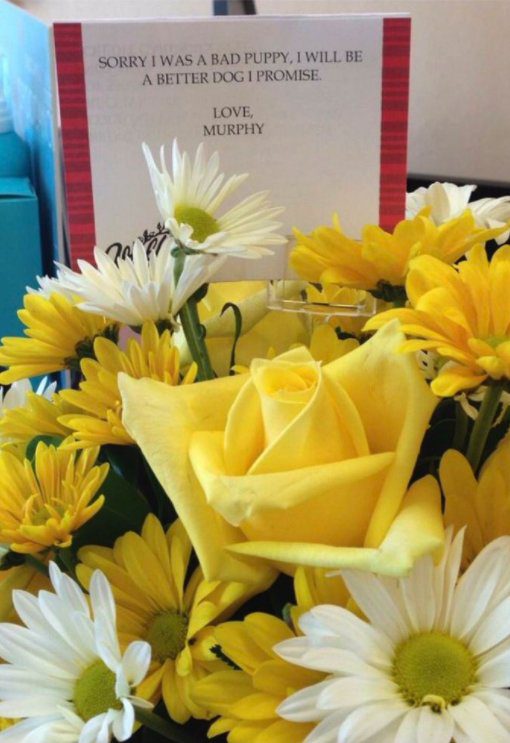 Potratz knew right away that her husband had sent the flowers on Murphy’s behalf, but the gesture captured what surely was in little Murphy’s heart.

“It was kind of his way of saying we’ll get through this,” she said.

And they did. From that moment on, Potratz never once questioned her commitment to her dog. 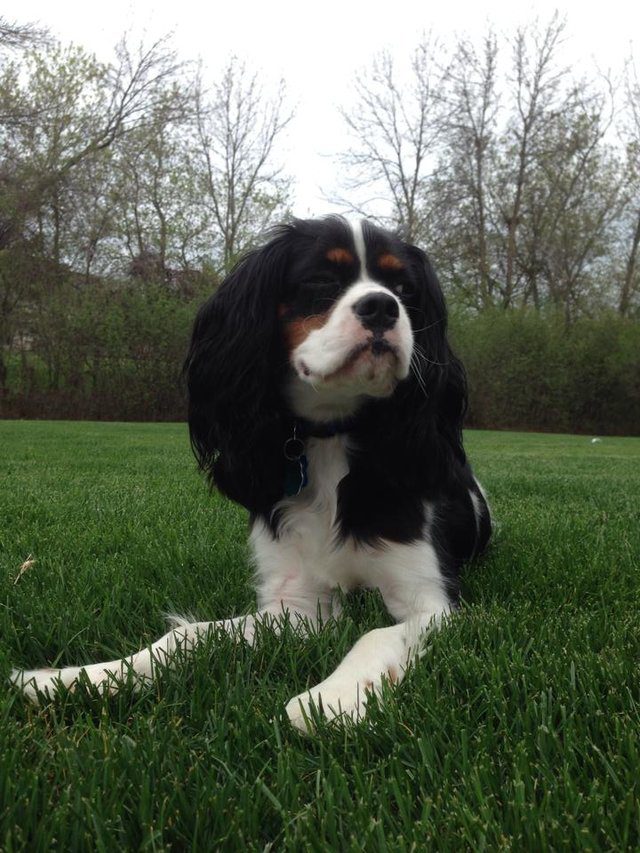 Years have passed since then, and Murphy is now a grown-up dog — much better behaved than he was in his youth, thanks to the ongoing training he received.

He still needs to be hand-fed each day, but for Potratz, it’s a small price to pay to have such a cherished family member in her life.

“I love that boy to pieces,” she said.