We all know that when it comes to giving gifts, it’s the thought that counts. 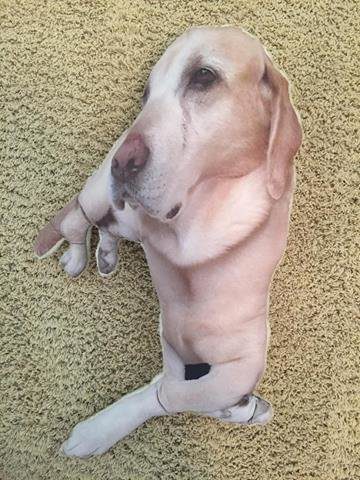 Johnny Hanly wanted to give his girlfriend something special for Christmas. She isn’t able to see her beloved dog, Luke, since moving away from home to college.  That’s when her thoughtful partner, Hanly decided to gift her a cozy, handmade object in Luke’s likeness.

“She still loves him more than anything,” Hanly said. “I knew that a pillow of him that she could see every day would be a great present.”

Hanly found a photo of Luke and had it printed onto fabric, and despite having no sewing experience, he put together the plush creation himself.  At First, Hanly thought something was a little off. 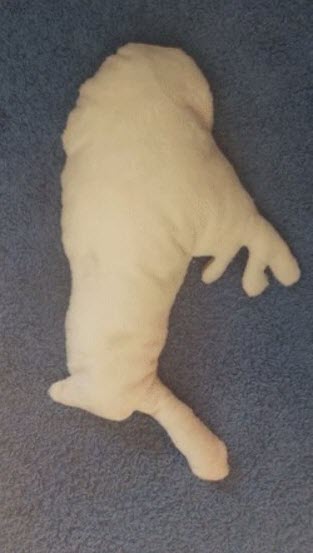 Hanly was very proud of his work, but still, it seemed a little off. Maybe this is the right angle instead? 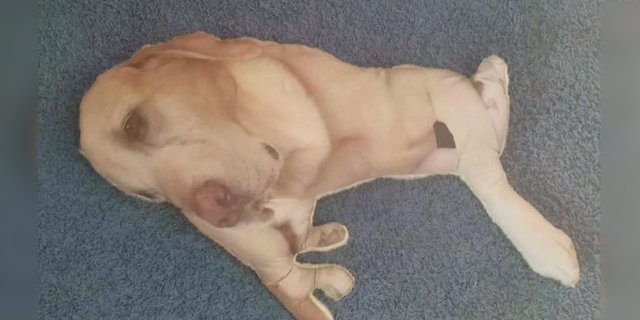 Hanly was confused as to what people were seeing in the pillow that he was not.

“Honestly, I thought it looked good the entire time! I only started to doubt myself after I showed my friends and family the completed project,” Hanly said. “I think since I was staring at the source image for hours while stitching it, I knew what position he was sitting in, so it didn’t look weird to me. However, after seeing everyone’s reactions to it, I can totally see why they think it looks like a weird pretzel monster.”

Luke isn’t actually a pretzel monster, as evidenced by the photo Hanly had printed. 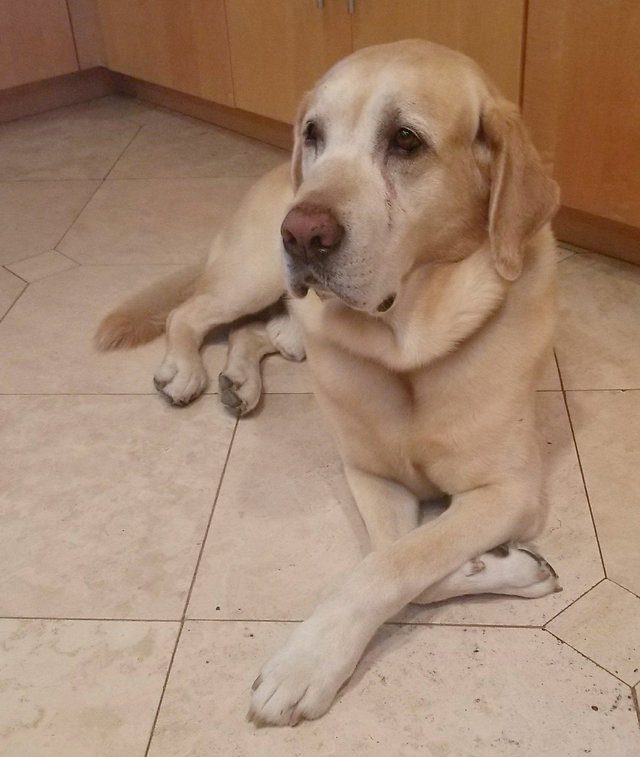 Here’s another look at Hanly’s pillow explaining what’s going on. 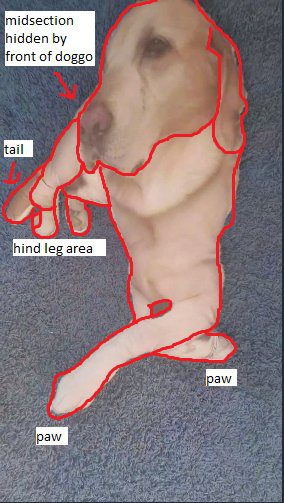 “She loves it!” Hanly said. 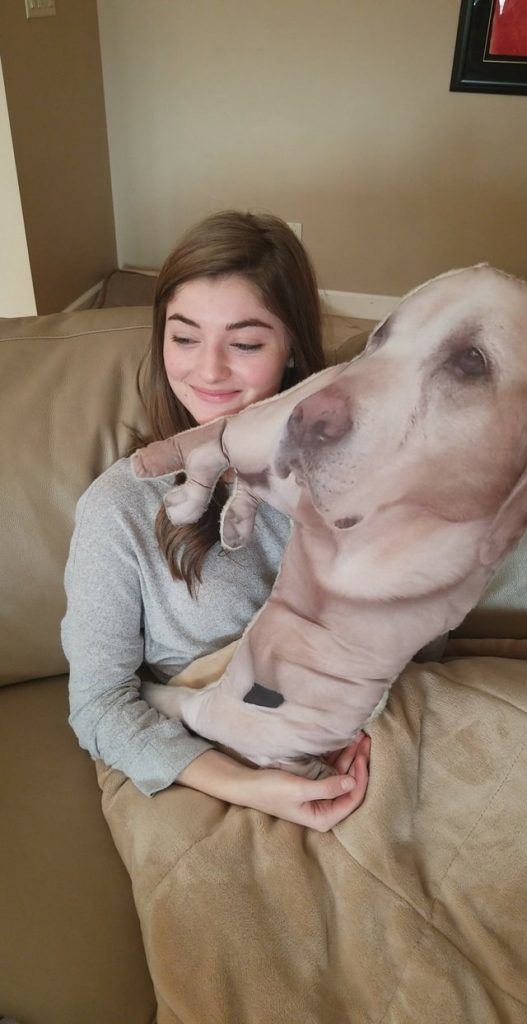 “He was a little confused at first but he didn’t seem to mind,” Hanly said. 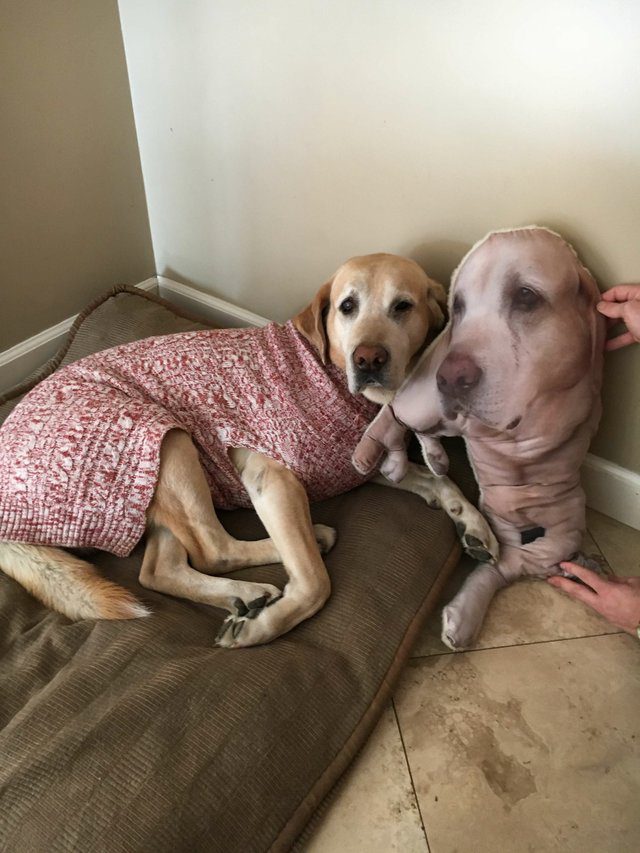 It really is the thought that counts, especially when it comes to honoring such a sweet pup. Hanly has learned one lesson from the experience:

“In retrospect, I will definitely choose a more 2D picture if I make another pillow,” he said.