When Wade Shapp was driving home from church with his wife, he saw something moving on the side of the road and then a puppy’s head pop out.

“We were on a country road on the way back to our house … and I looked over while I was driving, and I saw a dog’s head pop up,” Shapp, a resident of Princeton, Texas said. “Being out in the country, it’s common to see farm dogs out running on the road. But I noticed that he wasn’t moving, and he was in a bag. And I thought, ‘Well, that doesn’t make sense.’” 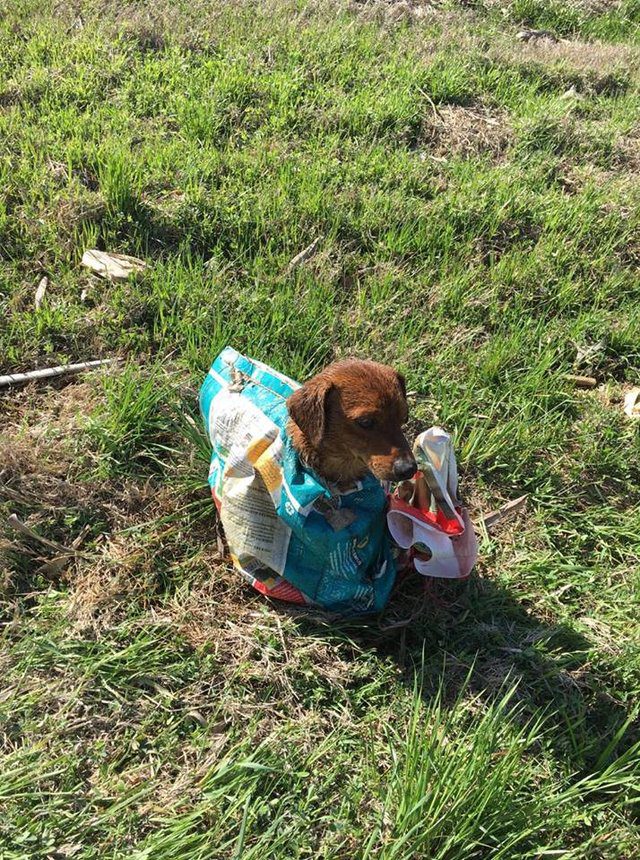 Shapp and his wife Mandi, are both big dog lovers, and jumped out of the car and went over to the dog.

“He was tied up in a feed sack,” Shapp said. “You could tell that it was done intentionally. There was a rope tied around the bottom, so he didn’t have much room to move.”

The couple took the dog out of the sack. “We didn’t have a knife or anything to cut him out of the bag, so we had to use our car key,” Shapp said. 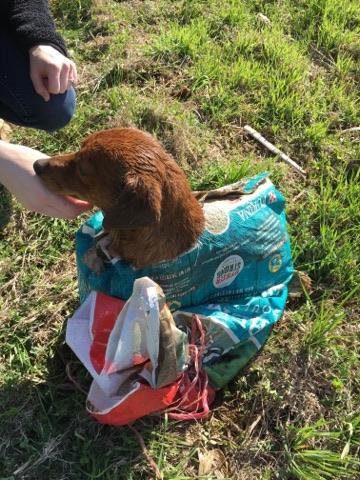 They wrapped him up in a coat and brought him into their car.

The dog now named Bubba was happy to be rescued but also frightened. “He was definitely scared, and he shook and shivered, probably for the first four or five hours that we had him,” Shapp said.

Shapp has no idea how long Bubba was in the feed sack but has a feeling it was for about 24 hours. 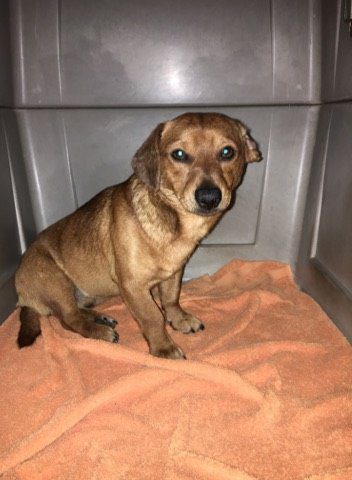 “He smelled pretty bad,” Shapp said. “He had urine and stuff all over him.”

The Shapps took Bubba home, fed him, made him a comfortable bed and bathed him.

While bathing Bubba, he finally started to relax. “I felt like that was a big trust thing,” Shapp said. “I think he knows that we saved him.” 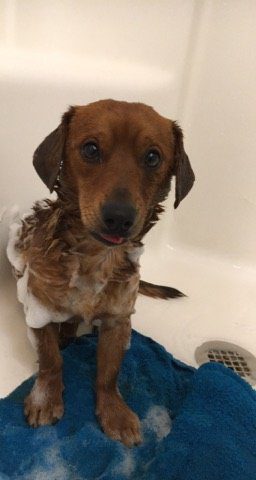 They took Bubba to the vet the next day, and even though Bubba is generally healthy, they were shocked to discover that Bubba had a gunshot wound on the inside of his upper leg.

“I don’t know how I missed it because it’s very large,” Shapp said. “There was no blood in the bag, but I think somebody definitely shot him, hoping to kill him, and that didn’t work, so they just put him in the bag and tossed him.” 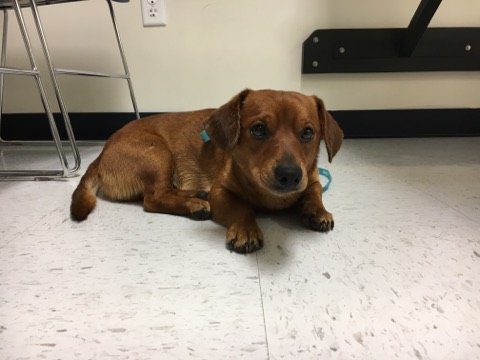 Local dog rescue group, Dallas DogRRR, will be helping Bubba find him forever home. But the Shapps are in no rush to let him go and will foster him until he’s feeling better.

Bubba is getting along famously with the Shapps’ two other dogs, Isabella and Dixie. “Bubba is one of the family members,” Shapp said. “They get along pretty well.”

Bubba has formed the strongest bond with Shapp. Every day, Shapp brings Bubba to work with him, and Bubba follows Shapp everywhere. “Wherever I am, he goes, wobbling around on his little legs,” Shapp said. 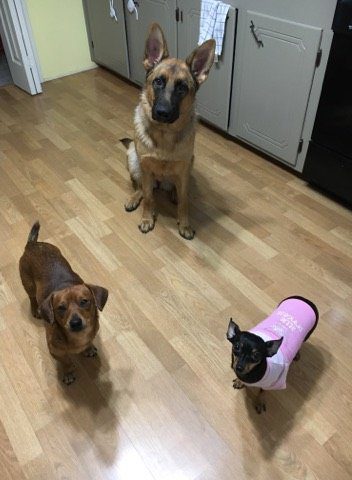 Bubba’s resilience is amazing according to Shapp. He doesn’t think he’ll have any problem finding the perfect home when the time comes.

“He’s a pretty brave little guy for having to go through everything that he went through … and it’s pretty amazing to me for him to put all of his trust into someone else after all of the stuff that he’s been through,” Shapp said.