Ricardo D’Amico loves nothing more than to go for a relaxing afternoon bike ride, but when he pedaled past a creature in need of help, his day took an unexpected turn.

While biking down a quiet country road outside of Houston, Texas, D’Amico saw a blanket tossed in a ditch. When he stopped to investigate, he found a puppy wrapped inside, scared and alone. 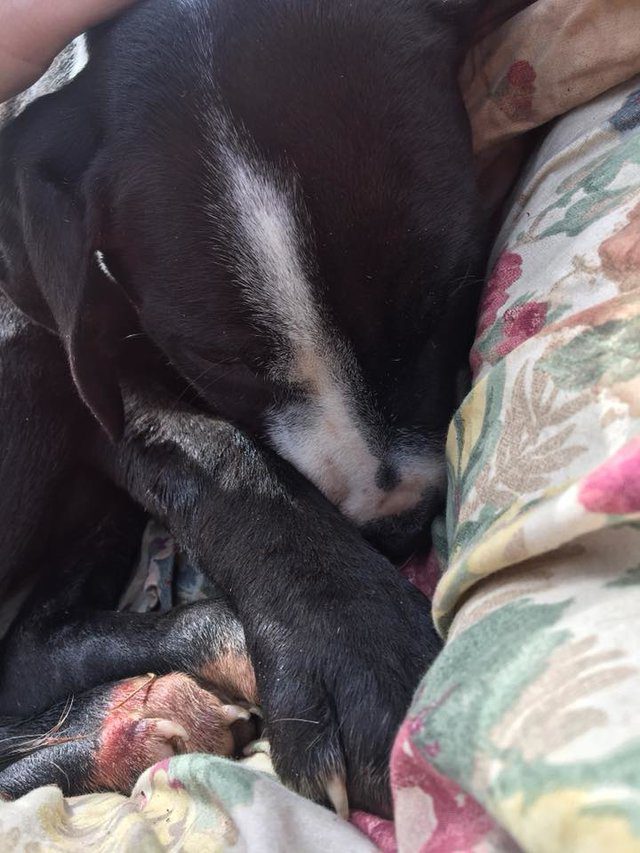 The black and white dog was so frail it could barely move and was suffering from an unidentified wound. D’Amico immediately called his friend LaChrystal Ricke, director and chief operator of rescue organization Reggie’s Friends, hoping the young animal could be saved. 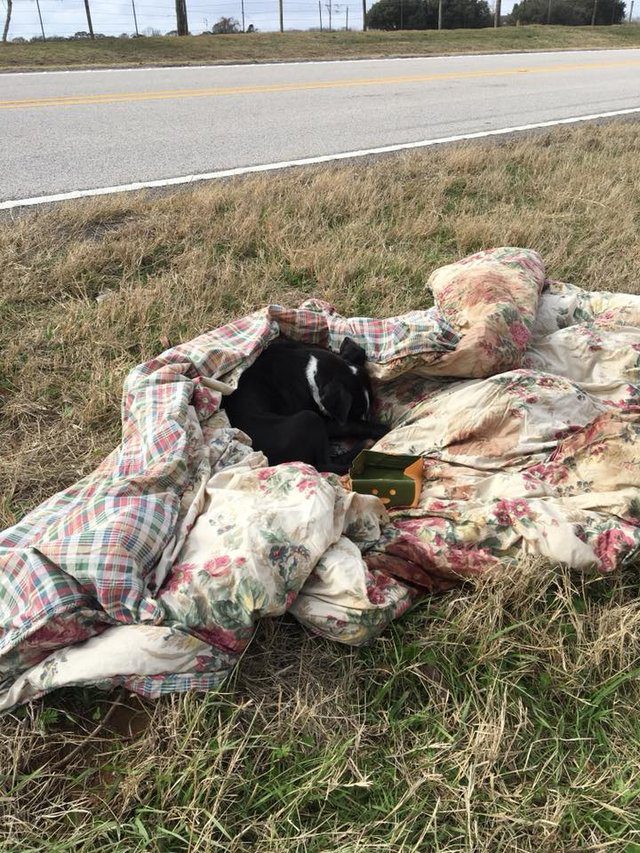 They had to figure out what had happened to the abandoned puppy. 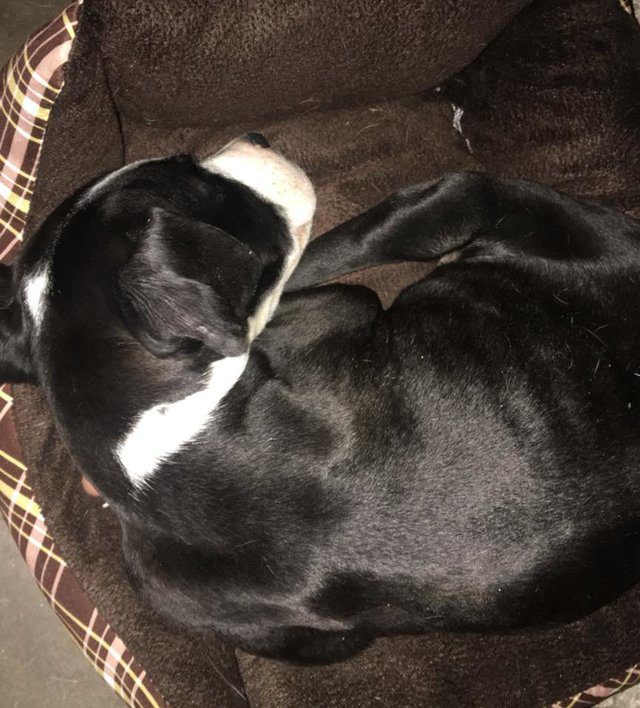 “We all thought he had been thrown from a car wrapped in a blanket,” Ricke said. “But when I picked him up and started to get an idea of what we were dealing with, there were no wounds to match up with the amount of blood he had on and around him.”

He wrapped the puppy in a fresh cloth and rushed to BluePearl Veterinary Partners for emergency care. “When we got to the vet, the vet team had the same reaction that I did to the amount of blood, but no obvious signs of trauma or wounds,” Ricke said. 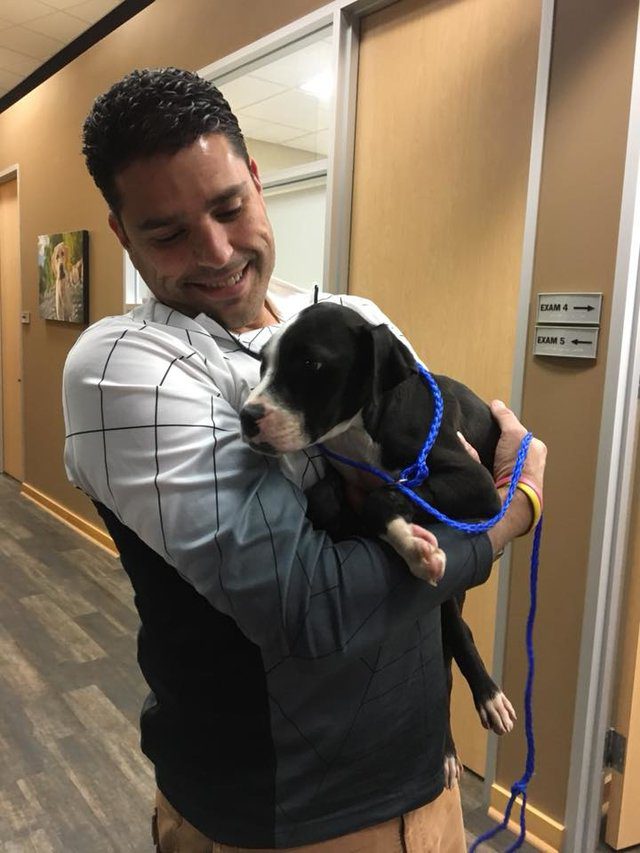 Once the bet had run a series of routine tests and a sonogram, the puppy’s blood work revealed he had been poisoned.

“Blood tests confirmed that he had severe rodenticide toxicity. The poison in his blood was over 400 percent,” Ricke added. “It’s one of the most horrible things I have ever seen in rescue.”

The vet immediately gave the puppy a blood transfusion to improve his chances of survival, but things looked grim for the young dog. “When I left him at the vet, I didn’t think I’d see him alive again. He was weak, frail, could barely stand and was just so, so sick,” Ricke said. 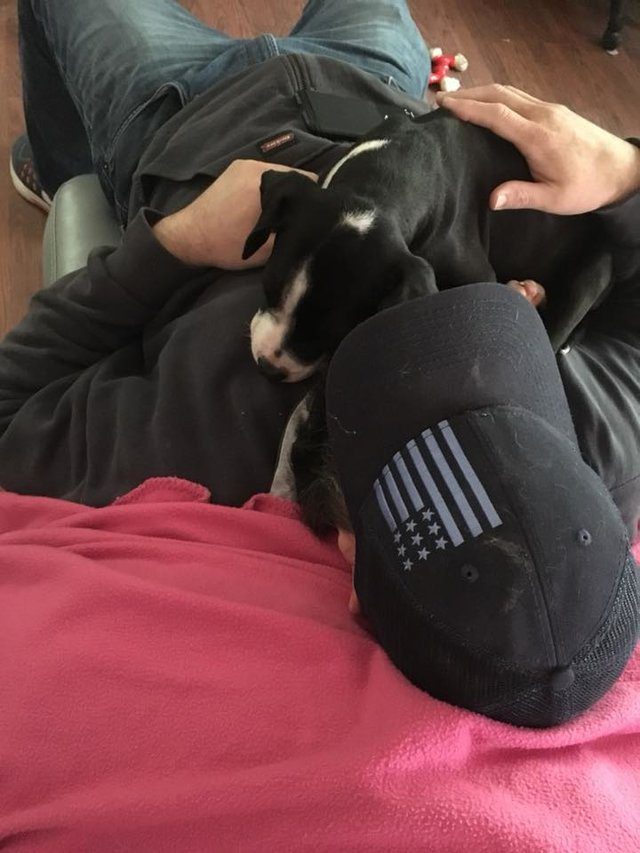 The puppy’s will to survive won out, and overnight he made a miraculous recovery. To their surprise, the next day he was eating and drinking, and was soon deemed healthy enough to leave the hospital to recover with a foster family. 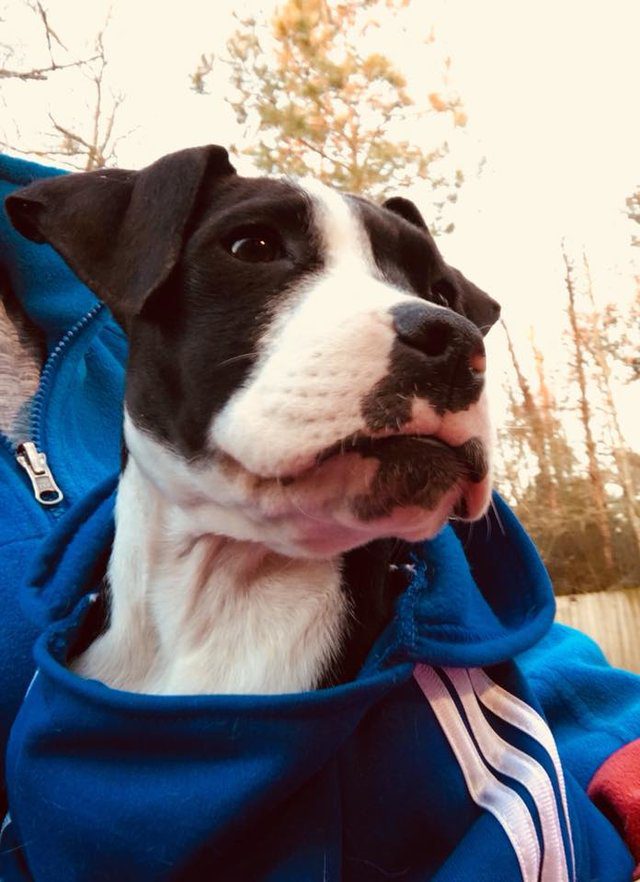 When he arrived, his foster mom named him Lincoln. 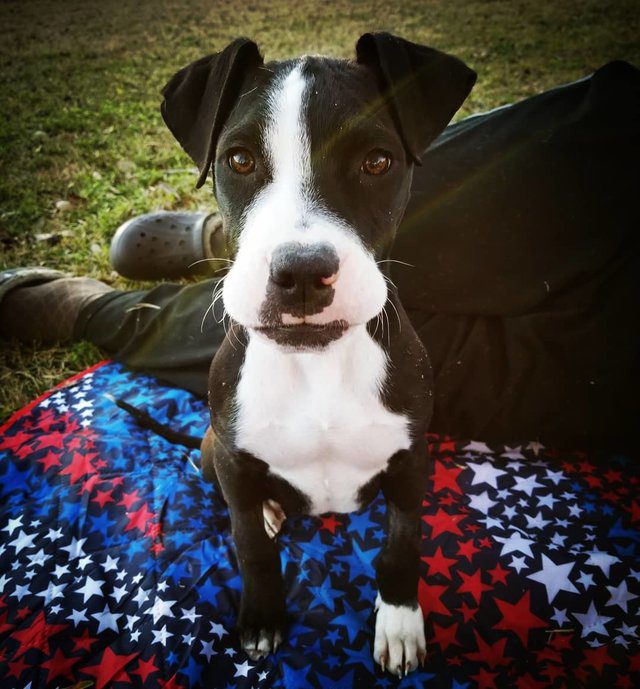 Lincoln while gaining back his strength, is spending his days sleeping and playing with his foster brother and sister, rescue pups Jagger and Letti. “He adores them. They play together, they hang out together and Jagger leads everyone around,” Jennifer, Lincoln’s foster mom, said. “Lincoln is now learning how to play. At first, he was quite scared, and he would run away, but now he’s kind of excited about getting in there.” 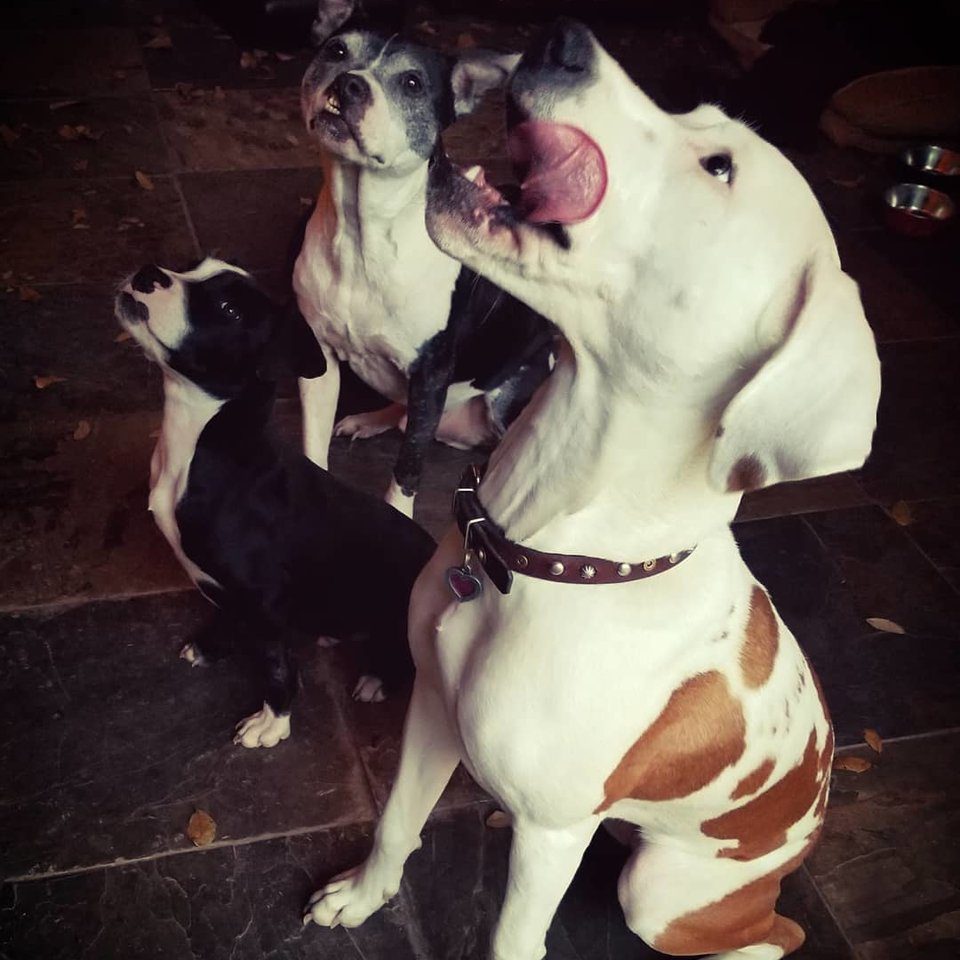 He especially loves rope toys. “He’ll grab one and run across the yard with it, and usually he’ll try to run by Letti,” Jennifer added.

Lincoln’s favorite place to be is cuddling in one of his foster parents’ laps or snoozing in a dog pile. 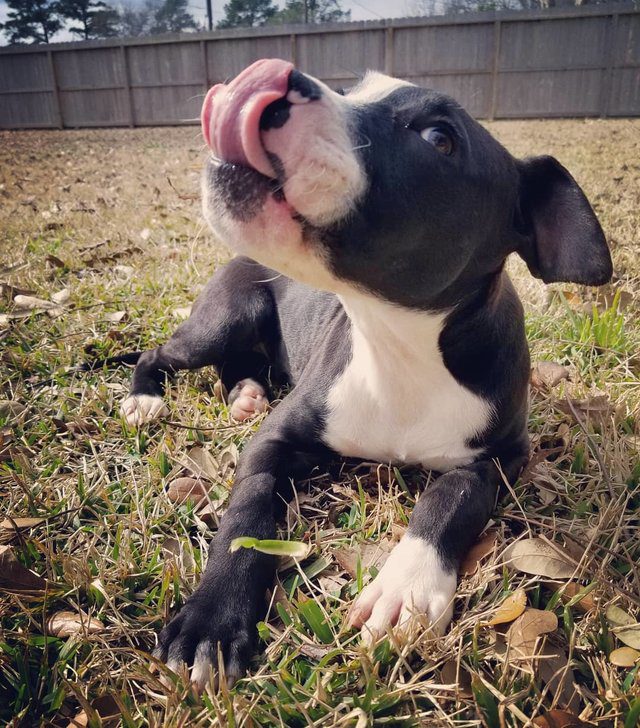 He has such an amiable, easygoing personality, that Jennifer is sure that Lincoln will make a family happy when he is ready.