Stories of animals being neglected absolutely terrify me.

When hearing about Lazarus the dog, I couldn’t believe this poor dog had been forgotten for so long.

When Lazarus was rescued from the barn he’d been trapped in, there was so much dirt and feces blocking the barn’s door, it needed to be shoveled away.

The rescuers got one look at Lazarus and couldn’t believe what they were seeing. It was so hard to tell how long he’d been trapped for, but based on how overgrown his fur was, it had to be a scary amount of time.

Thankfully, Lazarus has been rescued and given a doggy makeover. Based on that overgrown fur, I couldn’t even tell how big Lazarus really was until I saw his “after” photo. 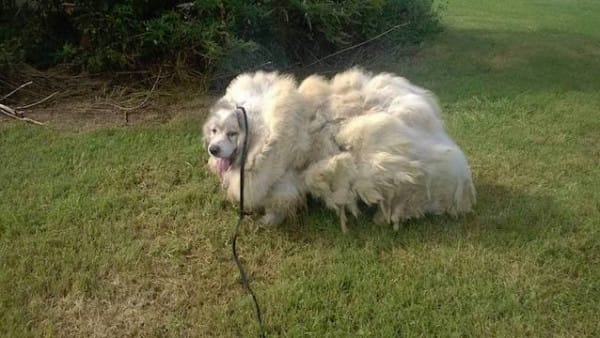 Lazarus was trapped in the barn for so long, his fur had amassed to a hulking form that obscured his entire body. 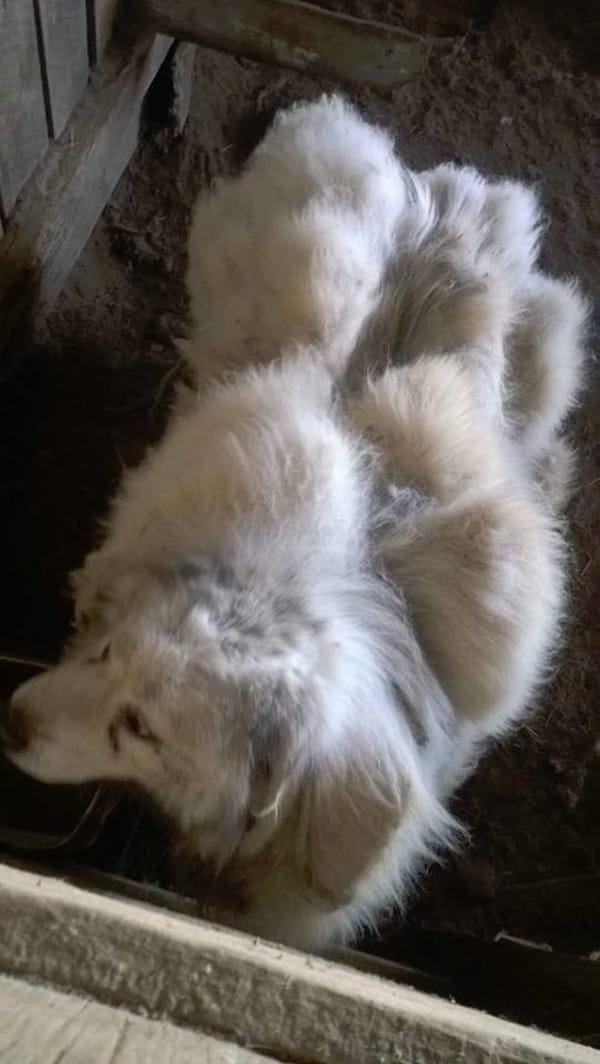 Jessica Kincheloe and a groomer were called in by Lazarus’ terminally ill owner to help out. 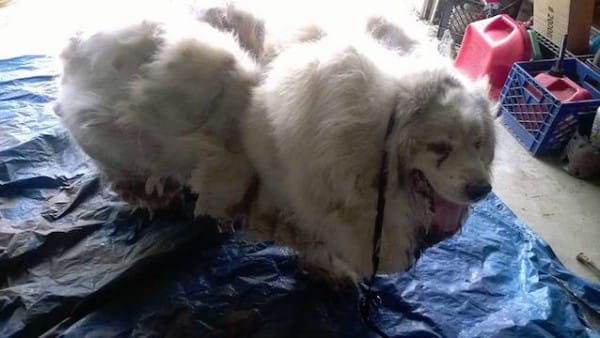 They couldn’t believe how much fun he had. They quickly set to work, ridding him of an extra 35 pounds of fur. 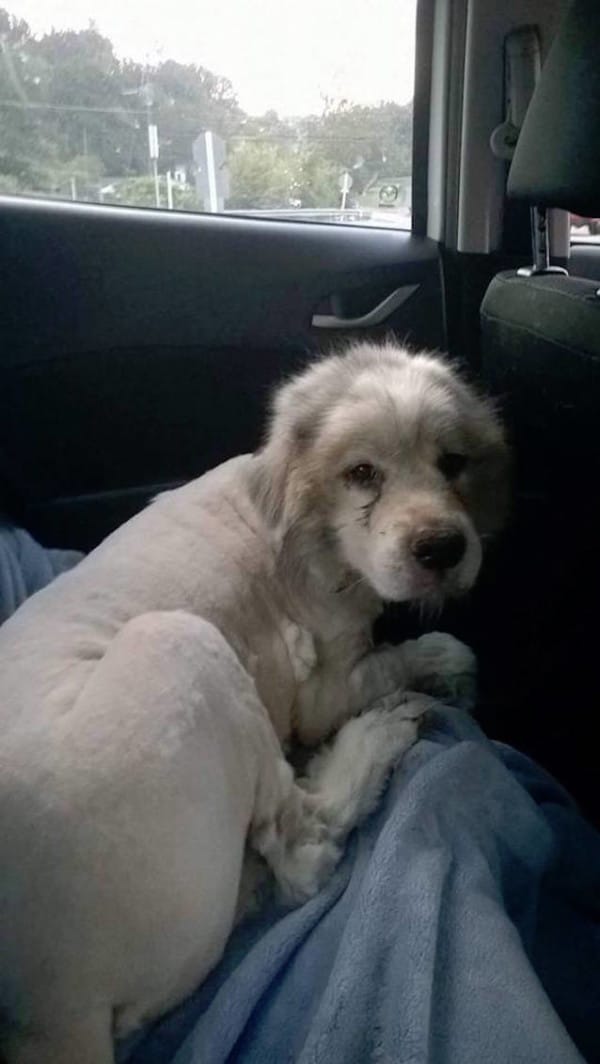 Lazarus wasn’t exactly the biggest fan of the grooming but seemed to calm down a bit once they got the extra fur off his neck.

His rescuers were heartbroken to learn he didn’t seem used to affection and have done their best to get him comfortable with it now. 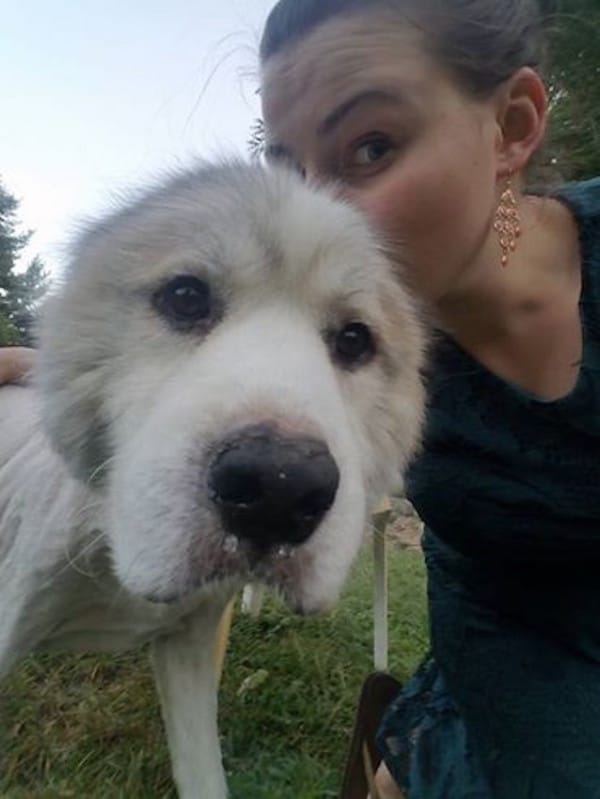 Now Lazarus is recuperating at the Big Fluffy Dog Rescue. He will be there for a couple of months until he is rehabilitated and able to be adopted.