I adopted a cute little shelter dog last summer, and it’s the best decision I’ve ever made. Bringing home a shelter dog can be very challenging, but it is so rewarding, as these owners know.

Most dogs who end up in shelters have had difficult lives beforehand: they usually faced hard circumstances and didn’t get as much love as they deserved.

While the transition time can be hard, once your new pup gets used to you, they can’t help but show you how happy they are to be in their forever home.

One woman, 20-year-old Kayla Filoon, spent a lot of time at her local animal shelter. The college student volunteered as a dog walker in Philadelphia, so she was used to seeing adorable and sweet dogs.

One day, Kayla saw Russ, a pit bull with patchy fur, and she fell completely in love.

Now, a very special photo that captures the beauty of adoption is going viral — and it’s no wonder why.

Russ came in as an underweight stray with patchy fur, but Kayla saw what a sweet dog he was under his health problems.

Even though she was constantly surrounded by amazing dogs, Kayla knew there was something special about Russ and that he needed to come home with her. 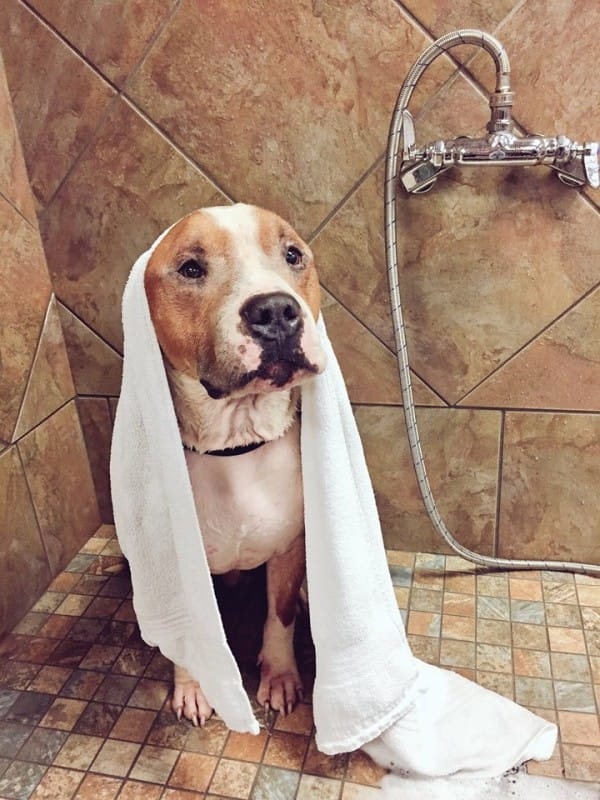 Kayla called her mom and told her about Russ, though her mom assumed Kayla had just found another dog to love, like she regularly did.

This time was different, though.

After class the next day, Kayla rushed back to the shelter to pick up Russ.

She signed his adoption papers and brought him home that very night. 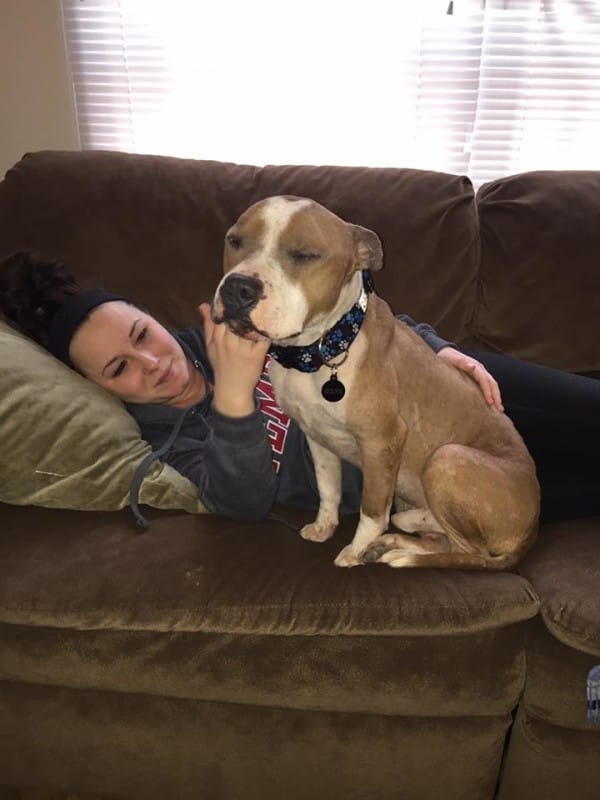 When she got Russ back to her house, she told her six housemates about him, and they fell in love with him right away, too.

Russ had kennel cough (the dog equivalent of a human cold), so he slept a lot when he got to Kayla’s house.

Russ quickly realized how important Kayla was to him.

Not only did she care for him, she also loved him deeply — and he grew to love her as well. 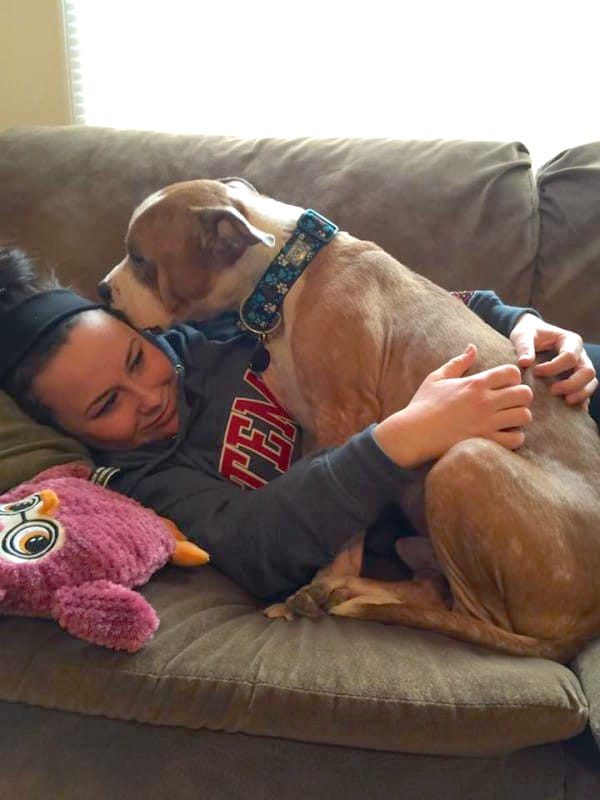 Kayla noticed that Russ started following her around the house. He always wanted to be with his new mom.

One night, Kayla was sitting in a chair doing homework when Russ jumped up to cuddle with her.

Even though his dog bed was on the floor and there was an entire couch open, he snuggled right up against Kayla. 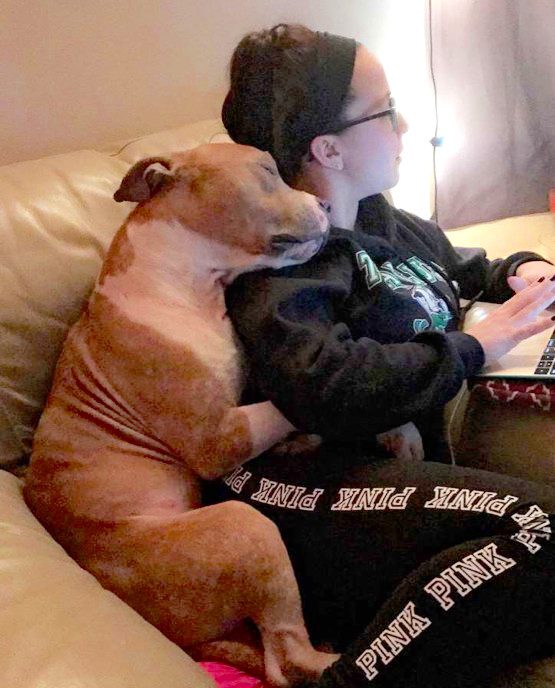 Kayla’s aunt snapped a picture of Russ lying against Kayla. She wrote: “And THIS right here people is why you should adopt!!! My niece and her newly adopted ACCT Philly dog of less than 2 weeks.” 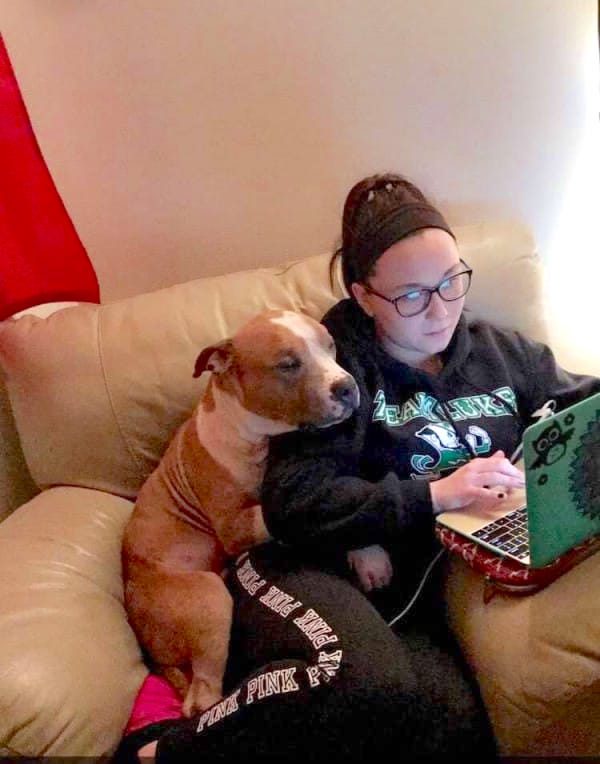 “Talk about being grateful. There are just no words to truly describe the sweetness in this photo.” 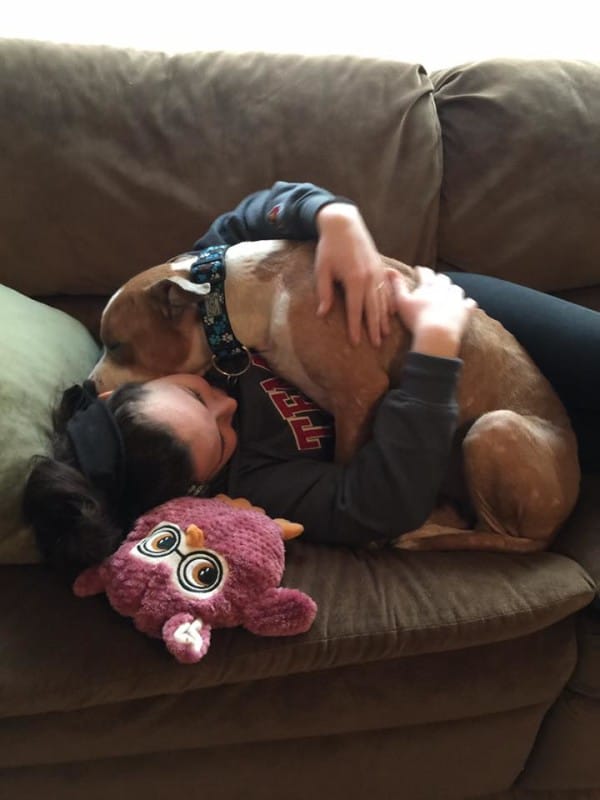 Russ is such a sweet snuggle bug, and it’s clear how much he loves Kayla.