Home
animals
2 Dogs Refuse To Be Separated After Owner Dumps Them In Shelter, Leaving Workers Stunned

No human would want to be separated from his or her best friend. The mere thought of being so far apart is enough to make anyone break down. Dogs are the same way — not just with their owners, but with other pups they develop close friendships with.

Two dogs, Chewy and CC, were living in the same home before their owner put them up for adoption.

Of course, it may have been easier for the shelter they were placed in to adopt them out separately, to different families. But the Animal Rescue League of Iowa decided to make them “bundle buddies,” meaning that if a person or family wanted to have one, they would have to bring the other into their home as well.

It only took a few months for the cuddling duo to find their forever home, and they were able to stay together, joined by two other dogs and even a pig! They’re having a blast adjusting to their new environment and family. 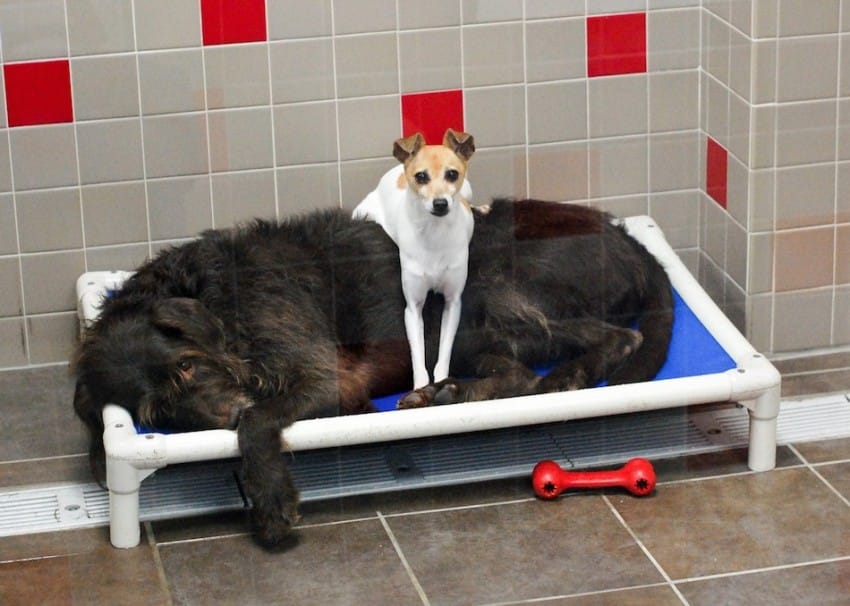 Chewy and CC are two dogs who happen to be the best of friends. They are often seen cuddling together, despite the discrepancy in their sizes. 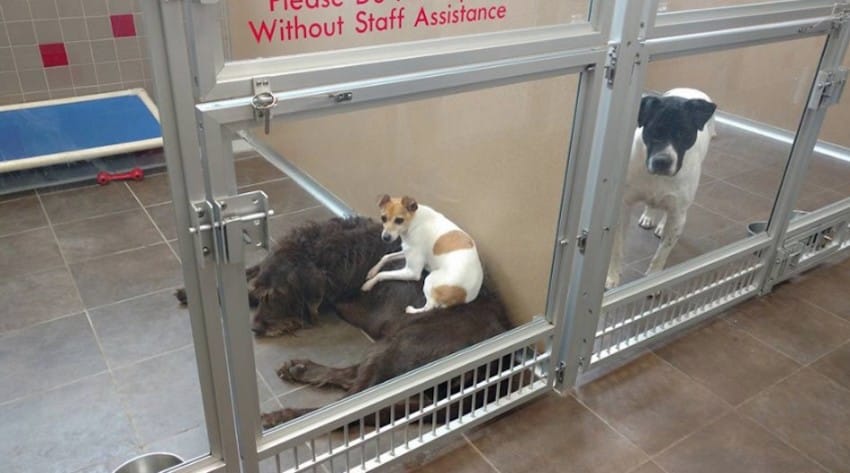 The Animal Rescue League of Iowa had one stipulation: if you wanted to adopt one, you had to bring the other one home too. They would not be separated under any circumstance. 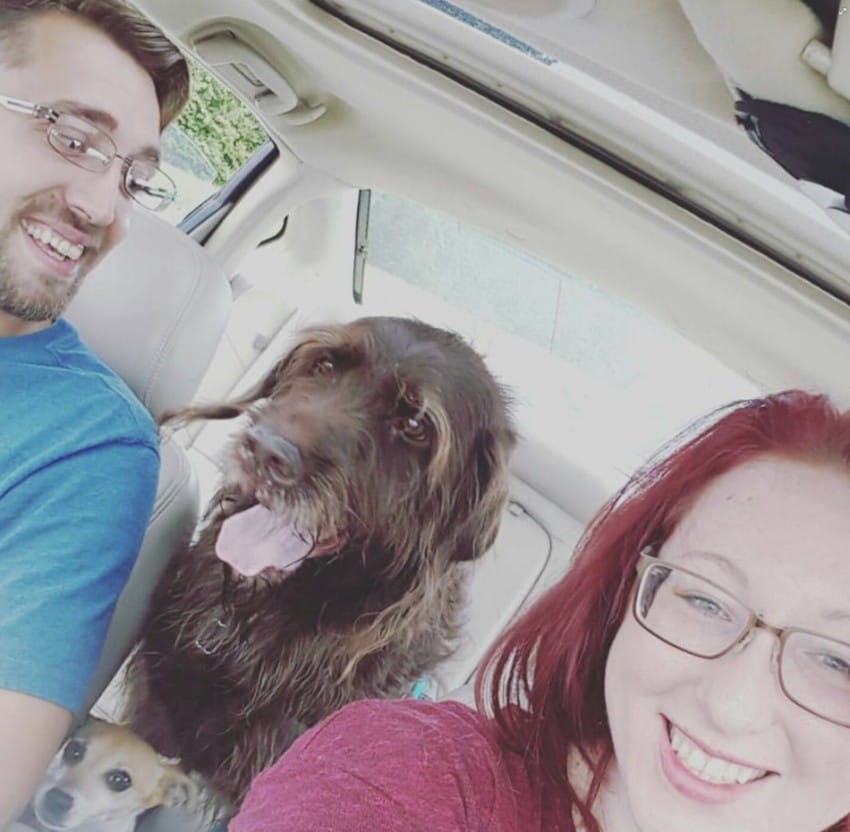 Luckily, the two pups were able to find their forever home within just a few months! 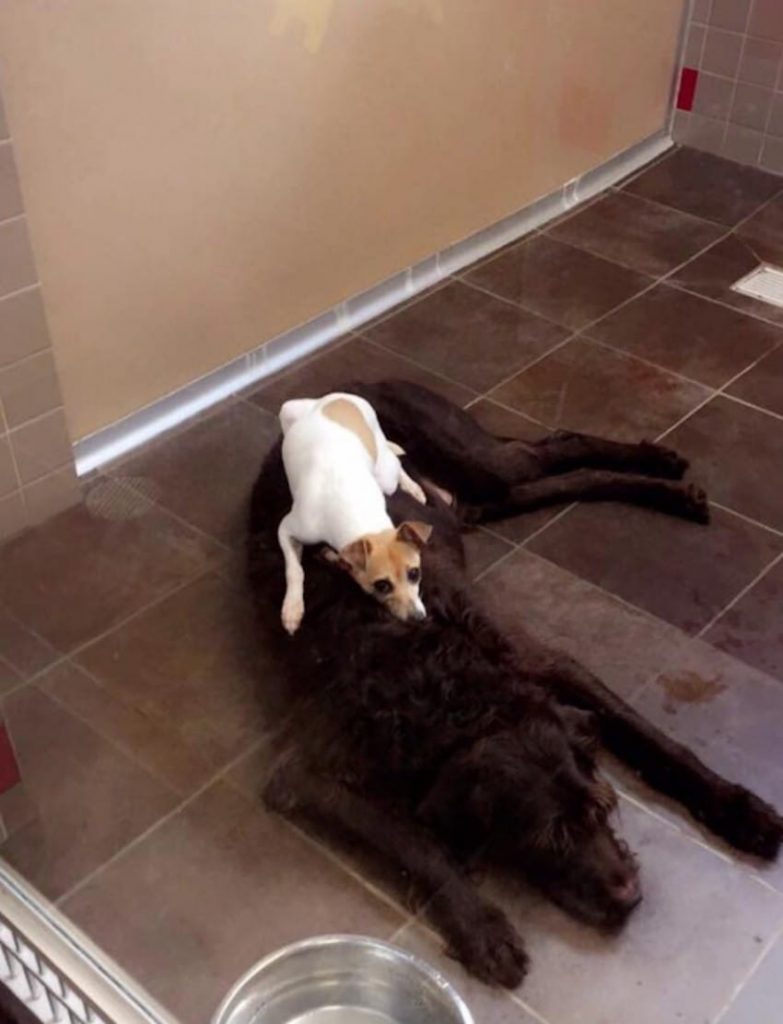 They can now cuddle together for as long as they please. 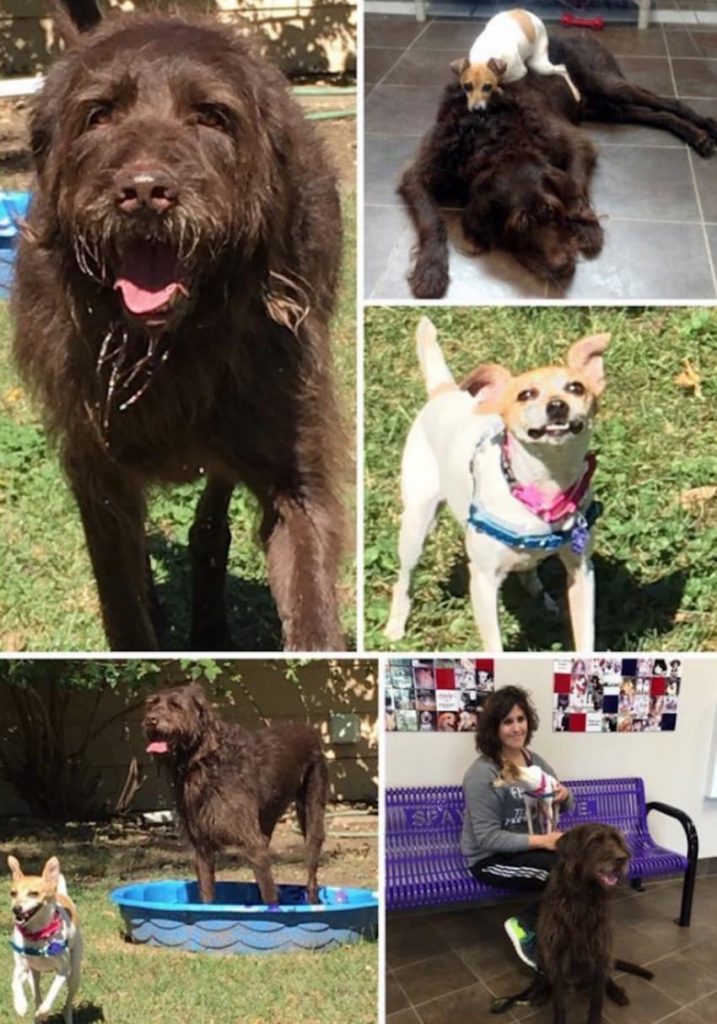 Now they have new friends: two humans, two other dogs, and even a pig!