Charlie Beehler loved his cats, and everyone knew that so after his sudden death earlier this year, people came together to give Beehler what they knew he would have wanted: loving homes for the animals he had so loved. 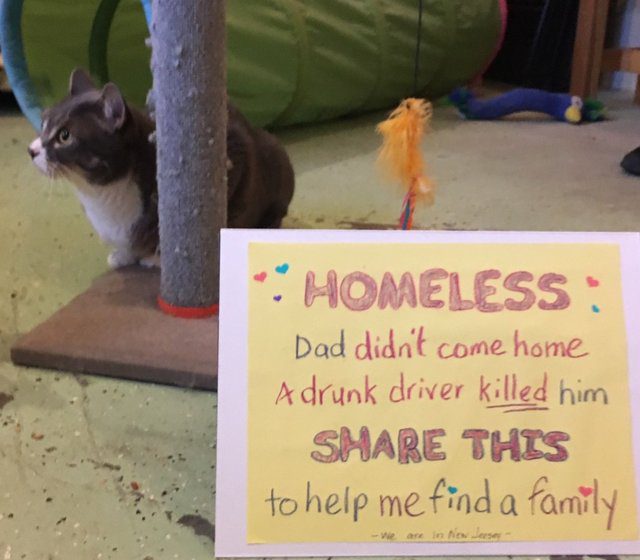 “Charlie was instantly killed when ran over by a driver on narcotics,” said Jennifer Andersch, a cat lover who has worked with animal rescues in the area of New Jersey where Beehler lived. “His medically fragile wife died of a broken heart shortly after.” 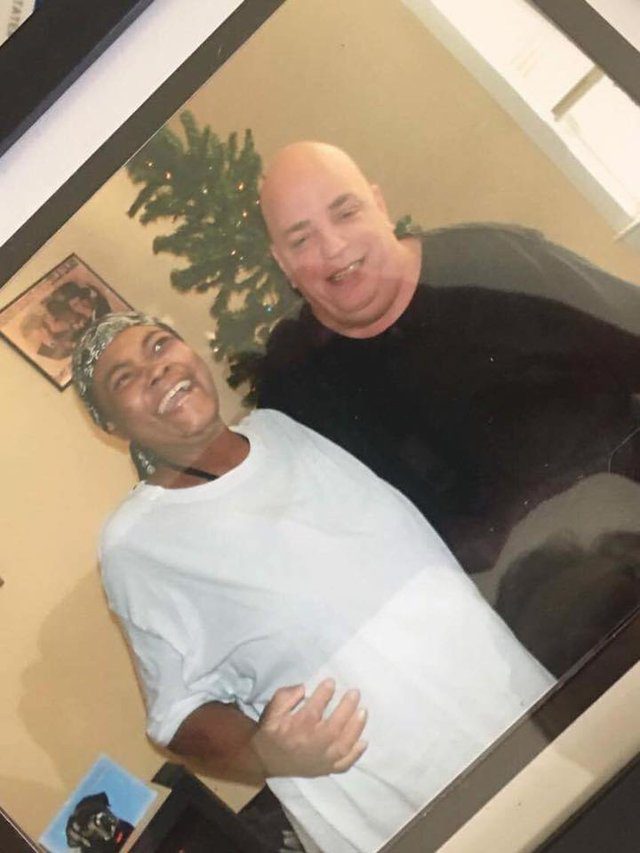 Andersch retired a few years ago to Myrtle Beach and is still connected to the New Jersey animal rescue scene. She knew when she heard what happened, she had to help. 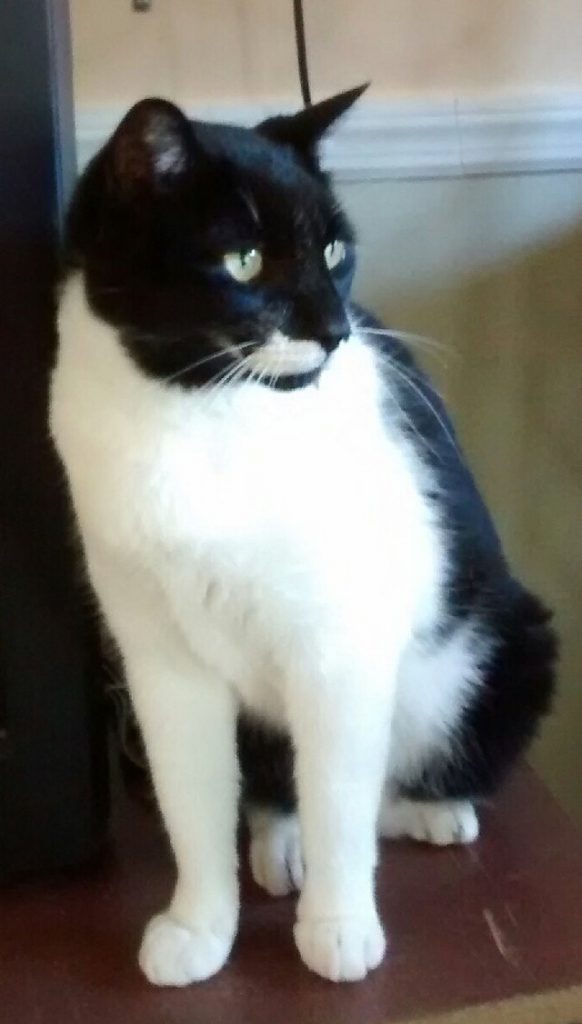 Charlie’s neighbors came together to find temporary foster homes for the cats. Andersch helped publicize the story through a Facebook page: Save Charlie’s Angels, so that the cats, who are all roughly between the ages of 4 and 6, could find forever homes.

“Thanks to coverage from the media, donations and the shares of Facebook fans, several of the cats found homes,” Andersch said.

However, two of the cats, WooWoo and Smokey are shy and having a hard time finding families.

“Every day more and more humans share Smokey and WooWoo’s story, and those shares are critical to finding a family,” she wrote on the Facebook page, hoping the story goes far enough to find these cats homes. 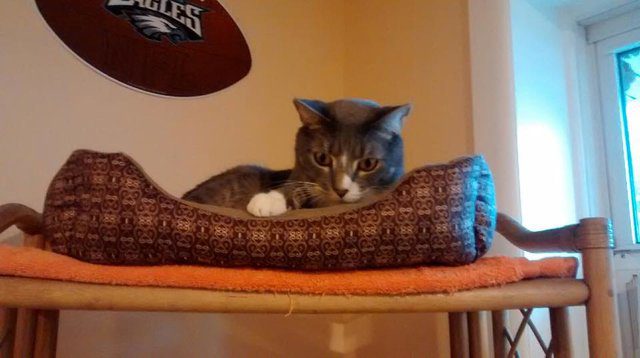 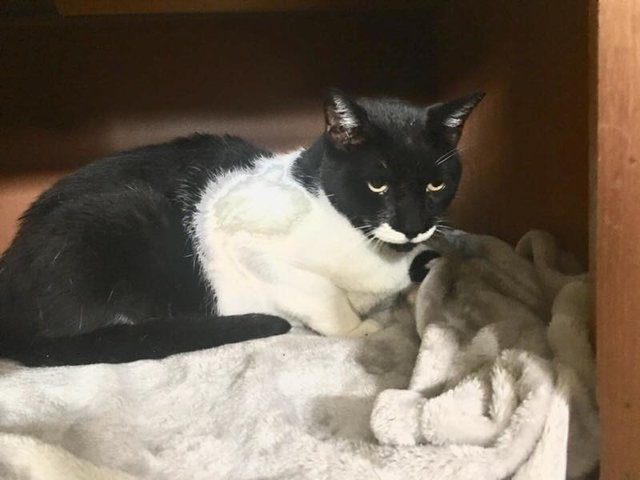 When Beehler found him and started feeding him, WooWoo, a handsome 5-year-old tuxedo cat, was living on his own outside. Only a few days after he took WooWoo in, Beehler was killed. WooWoo was close to having a real home, and even though he’s timid at first, he loves being pet and lying by sunny windows. 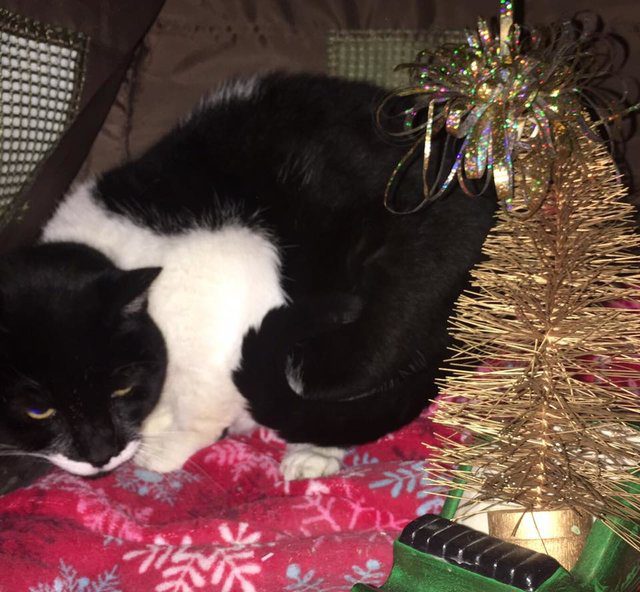 Smokey is a little shy around people he doesn’t know at first, is a beautiful gray and white cat who is about 5 years old, but warms up quickly when there’s a whiff of a treat. Both cats are social and would love to join households that already have cats.

“We just have these last two left,” Andersch said. “Our intent is to get them adopted before the holidays … They deserve real families!” 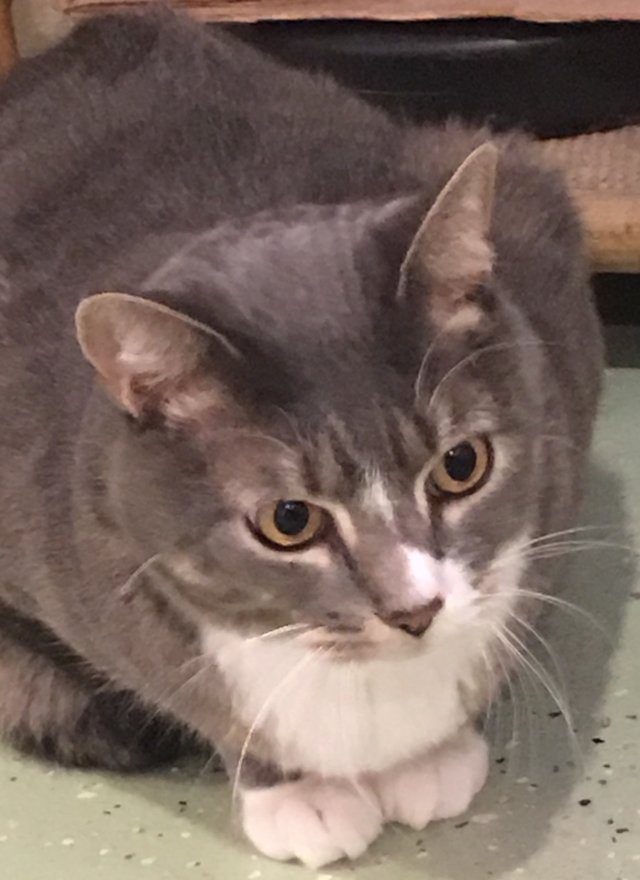