Home
animals
Ponies ‘Mourn’ A Member Of Their Family

Sarah Simmons was driving down a country road when she made a sad discovery. There on the side of the road was a dead pony. As if that wasn’t enough, there were five other ponies standing close to the road, watching over the body. Simmons believed that the ponies were grieving.

Simmons snapped a photo and posted it on Facebook that quickly went viral.

“I felt heartbroken,” Simmons, a longtime resident of New Forest, Hampshire, in southern England said. “And I found it quite poignant that the other ponies were mourning the loss of a herd member.” 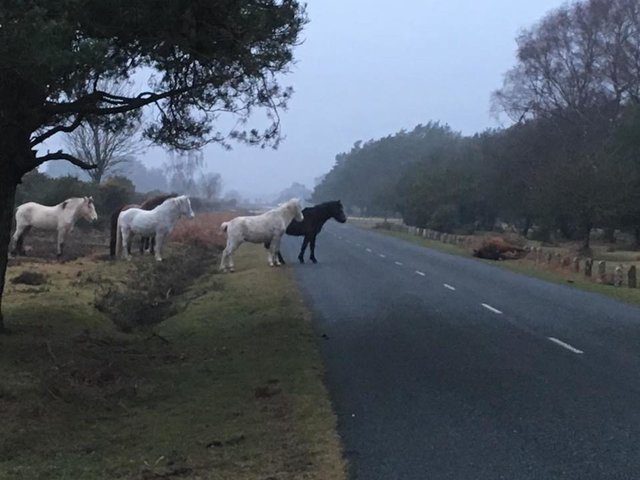 Ponies “mourning” the death of a family member

Simmons said the pony who died was Hazel Hill Scrap, a 9-year-old mare who belonged to a friend of hers. She recognized two others as well. “The grey mare and the dark filly at the front of the group looking on [were] actually her mother and half-sister,” Simmons said.

Sadly, the ponies pay a high price for their freedom.

According to Simmons, the ponies technically have the right of way on the forest roads, but people drive too quickly and hit the animals. The person who hit Hazel Hill Scrap didn’t even bother to stop and help her. 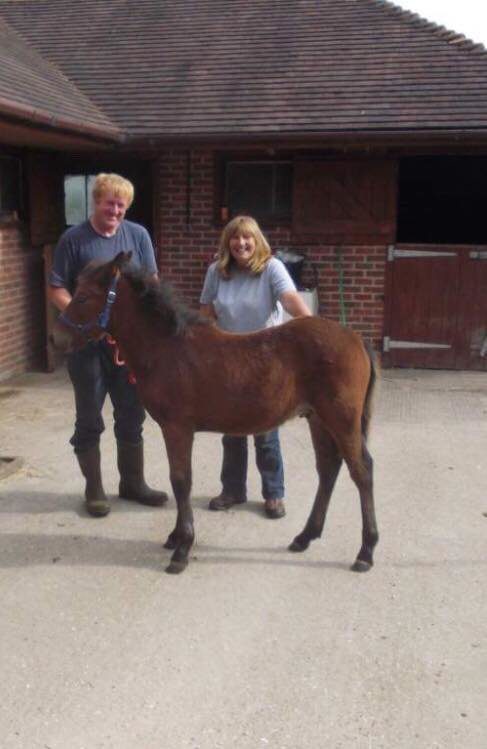 Hazel Hill Scrap and her owners

Animal behavior expert, Marc Bekoff,  said there’s no doubt that ponies grieve. It’s hard to say without seeing their movements, whether that’s exactly what the ponies were doing at the moment this photo was snapped, he added, but noted that “the corpse of their dead friend surely has piqued their curiosity.”

“Whatever they were thinking as they gazed at Hazel Hill Scrap’s body, her death is a huge loss,” Simmons said.

“This pony and her breed lines are irreplaceable,” Simmons explained. “She [would] have bred the next generation, and this has been lost now. This doesn’t help the New Forest pony — as of 2014, it’s been added to the rare breeds survival trust list. We really should be getting more awareness of the breed and its ancient habitat before it risks being lost forever.”