Home
animals
Bus Driver Spots Dogs Shivering In A Storm, So He Breaks The Rules And Brings Them On Board

Even if you love thunderstorms, you probably don’t like getting stuck outside during a torrential downpour. Luckily, if a thunderstorm rolls in unexpectedly, we can duck into a store or restaurant and wait for the storm to pass.

Dogs are not quite as fortunate as humans, though, especially if they’re stray dogs who don’t have loving families. Stray animals have far fewer options when a storm begins: they can try to find cover near buildings or under items, people have thrown out.

Sometimes, people notice the animals and take them in, like these police officers who saved a deer trapped in a thunderstorm, or this neighbor who rescued a dog stuck outside during a storm.

Concerned for the shivering, fearful pooches, the bus driver pulled over, grabbed the dogs, and brought them on board.

Sounds like a great move, right? Well, it was — but animals aren’t allowed on buses in Buenos Aires.

The driver knew that customers would take pictures of the dogs, but he knew he couldn’t just leave the dogs outside, so he broke the rules and went to get them.

What he didn’t know was that his caring action would inspire the bus riders. 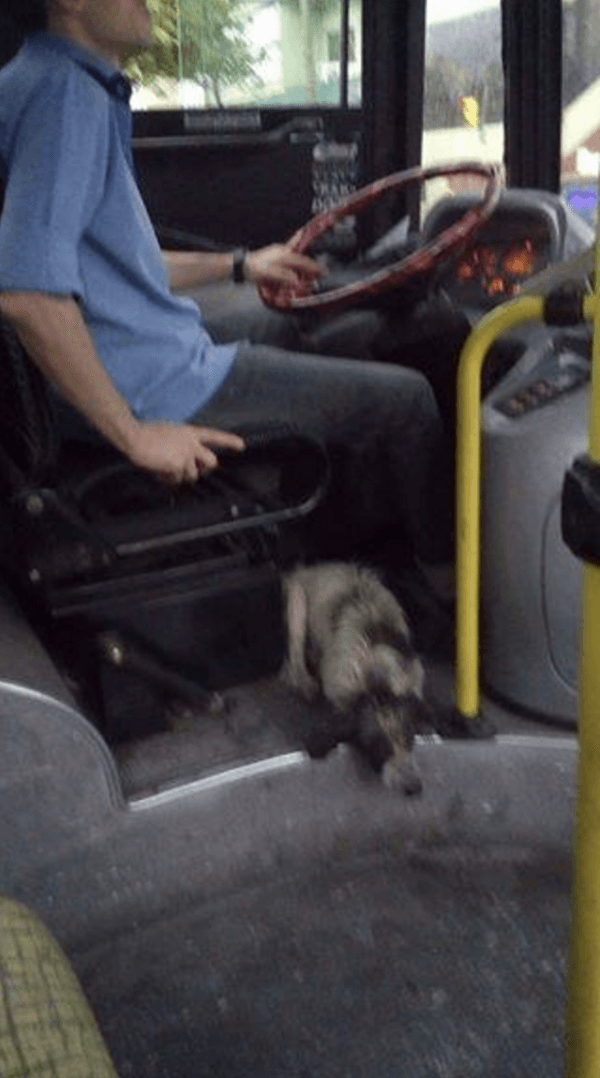 Although he wasn’t supposed to let animals on board, the bus driver couldn’t just let these dogs stay out in the storm.

He pulled over, picked them up, and brought them onto the bus, where they could stay safe and dry.

As he expected, bus riders took photos of the dogs and shared the driver’s heroic actions online — the posts spread all over the internet, with people everywhere impressed by the driver. 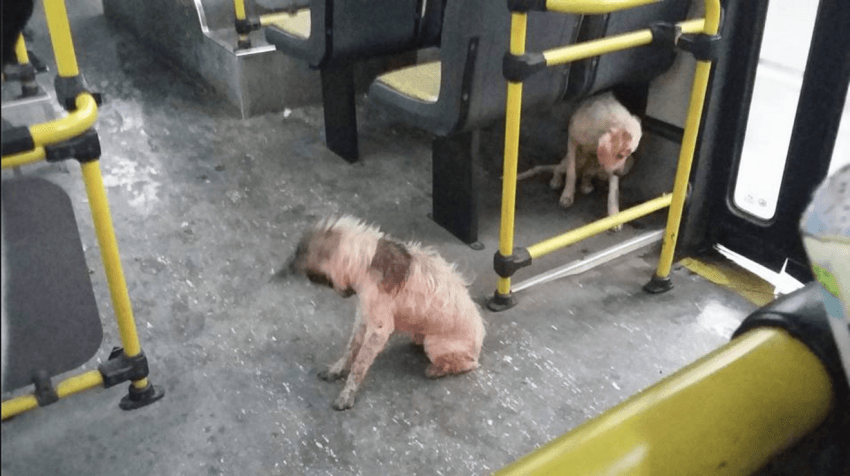 The driver was probably worried that he would face repercussions when his bosses found out what he’d done, but he decided that rescuing the dogs was worth it.

To his surprise, management commended him when they found out about his actions. 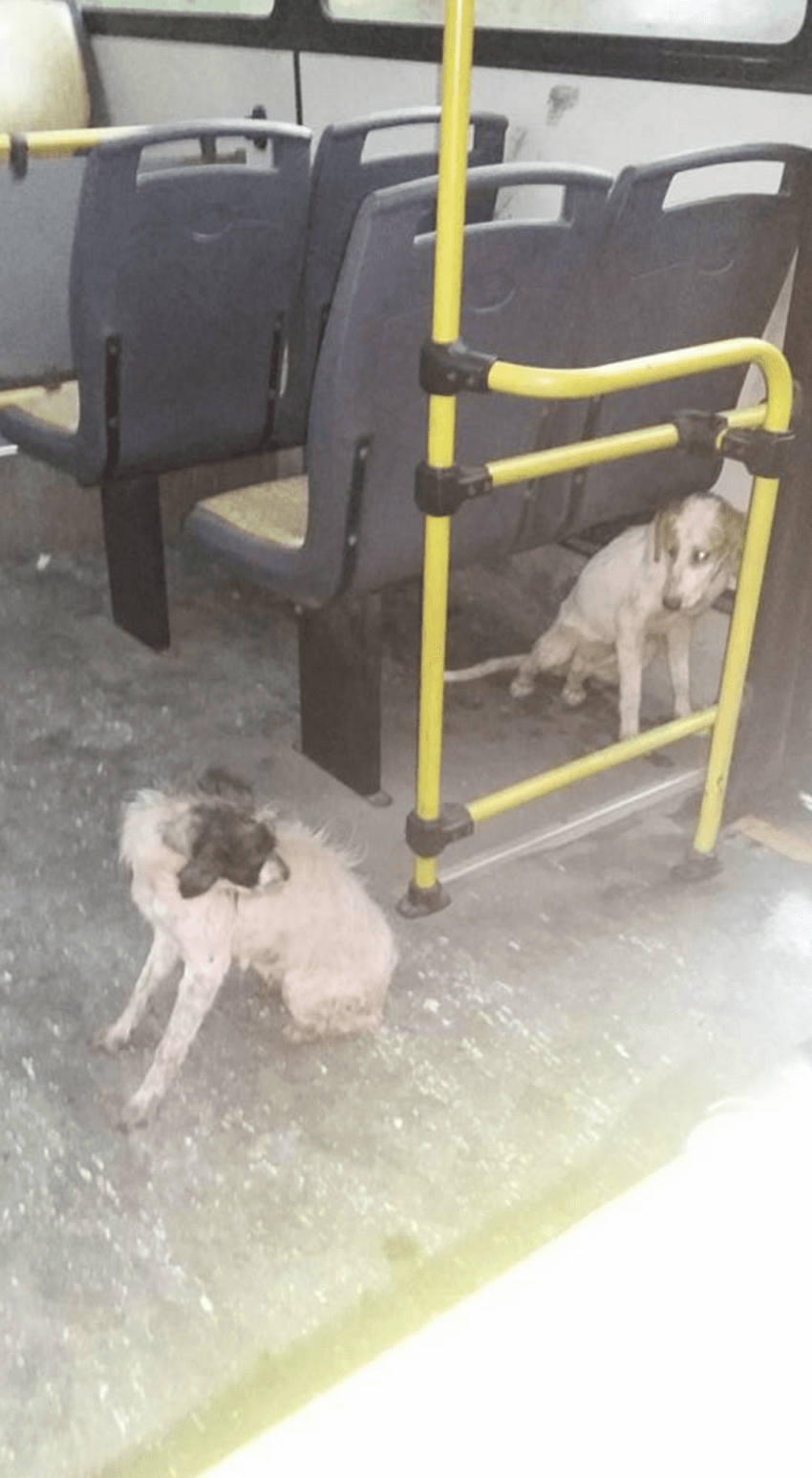 Although they’re strict about their “no animals” policy, they were supportive of the driver given the circumstances.

And who couldn’t be supportive? Just look at those dogs’ faces! 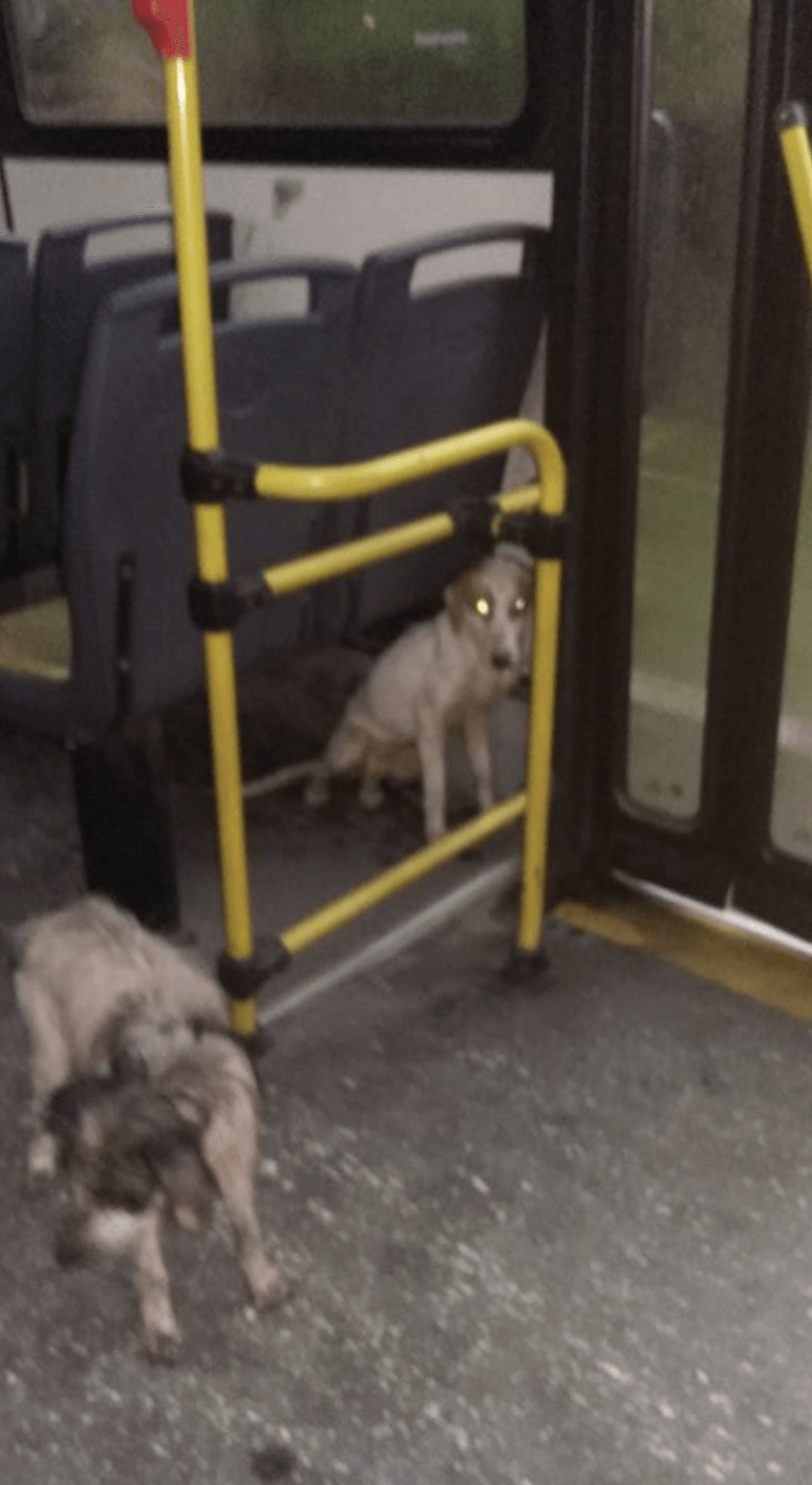 Even though the dogs look a little scared on the bus, it’s undoubtedly a better place for them than outside during the storm. 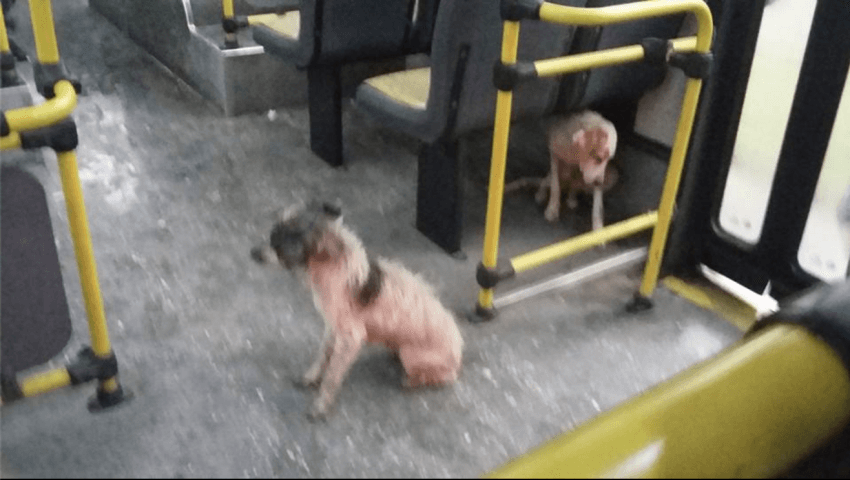 Many customers who were on the bus at the time took pictures of the pups and shared them online, asking if anyone wanted to take in the dogs.

With such sweet faces, we’re sure they were able to find homes at a shelter or with a loving family. 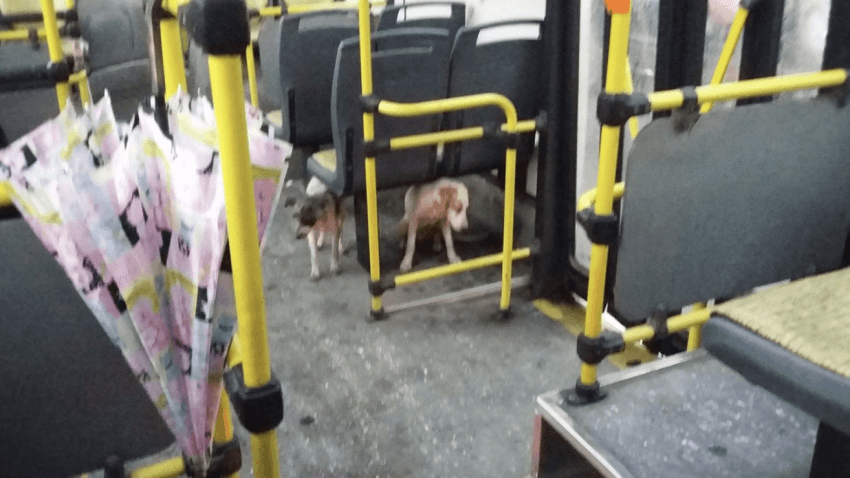 It’s so lucky for these sweet little pups that a caring bus driver found them and took them in.