Diggy, a rescue pup with a goofy smile, was so thrilled by his new owner he couldn’t stop smiling. So when his owner posted a selfie with him on Facebook, he became instantly famous. Unfortunately, his newfound fame would end up costing him dearly. Just days after the post, police swept in to take Diggy away. 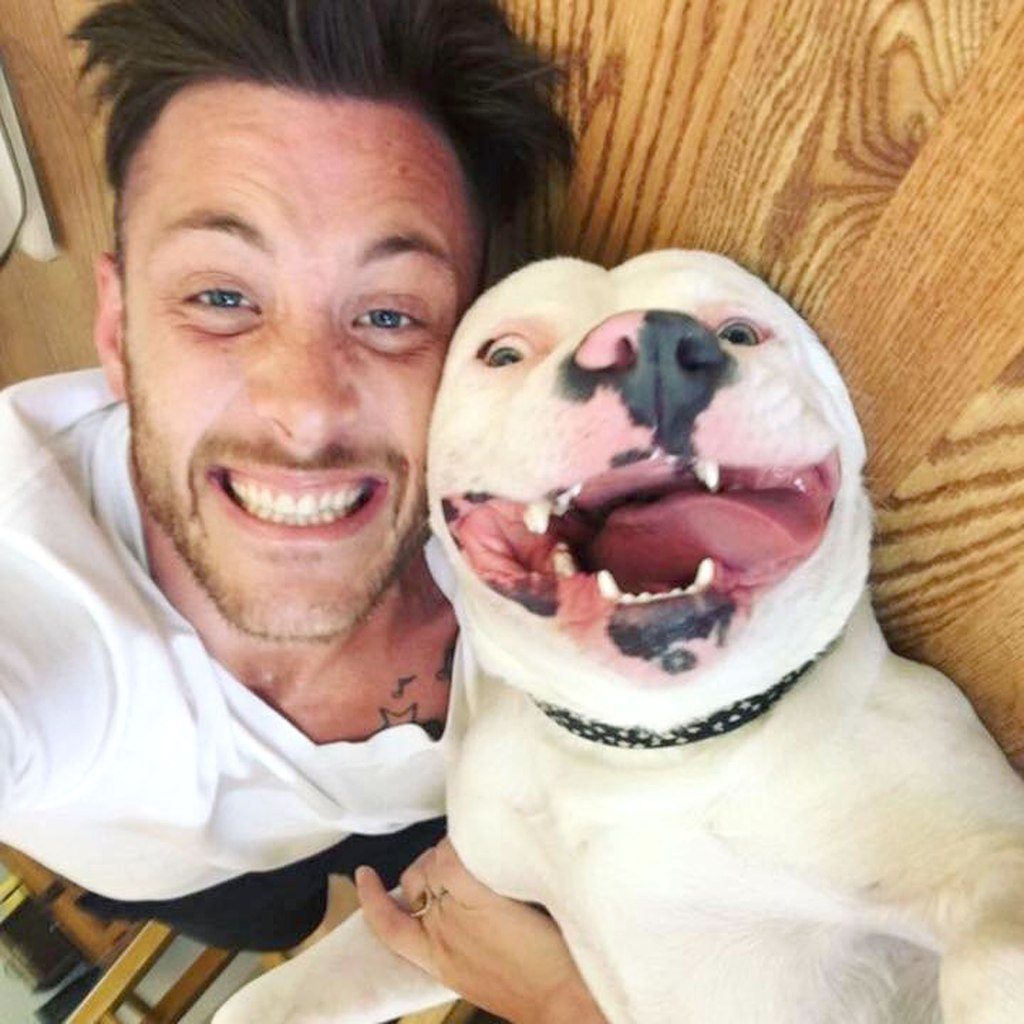 In June 2016, after years of hard work as a musician in Waterford Township, Michigan, Dan Tillery and his girlfriend Megan had just purchased their first home. But no home is complete without man’s best friend. So after moving in, the couple set out to adopt a dog. Little did they know, however, they were signing up for a world of hurt. 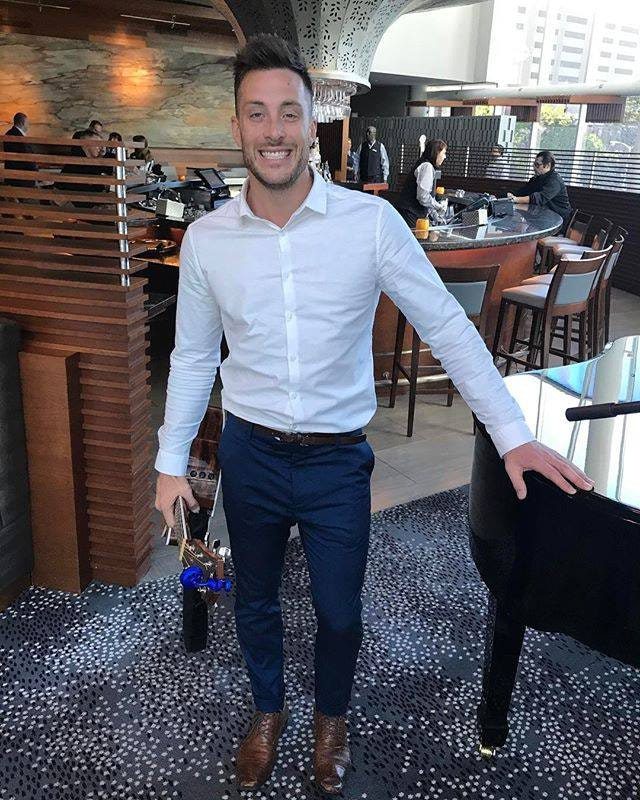 My girlfriend and I have been wanting a dog forever, but the place we were renting would not allow dogs. We just recently purchased our first home. All ours. And dogs are allowed,” Dan happily reported to the Oakland Press later that month. As it turned out though, not all dogs were allowed. 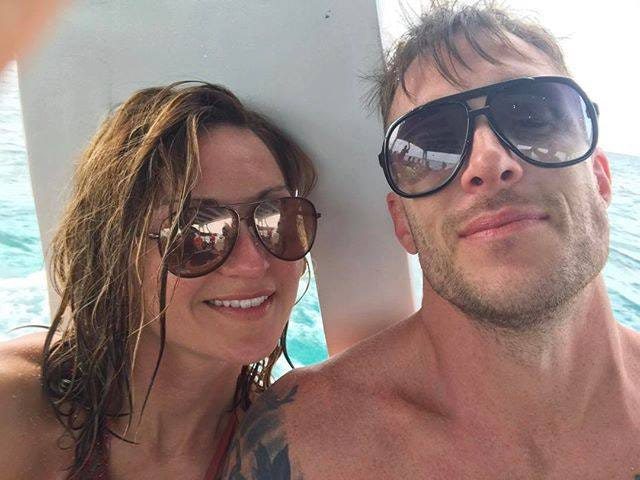 Not long after settling in, Dan first set eyes on an adorable two-year-old American bulldog named Sir Wiggleton at Detroit Dog Rescue. After he was found lost and hungry on the streets of Detroit, Michigan, Sir Wiggleton was taken in by the shelter and had remained there for about 100 days.

For both Dan and Sir Wiggleton, it was love at first sight. A goofy picture of the pup with his tongue hanging from his mouth and his head cocked won the Dan over. Without a second thought, Dan agreed to adopt him, renaming him Diggy. At the time, everything had seemed legal. 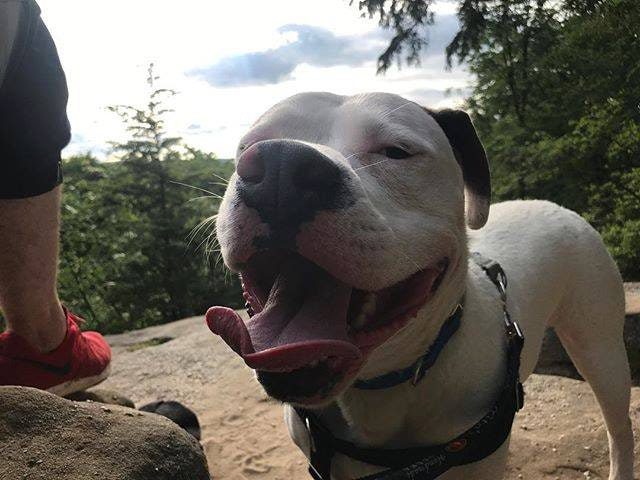 As Dan’s very first pup, the musician was thoroughly excited to bring him home. He couldn’t get enough of Diggy’s wide-mouthed grin, so he understandably began snapping selfies with the happy dog. But for some reason, just one of these pictures had prompted someone to call the cops on the smiling duo. 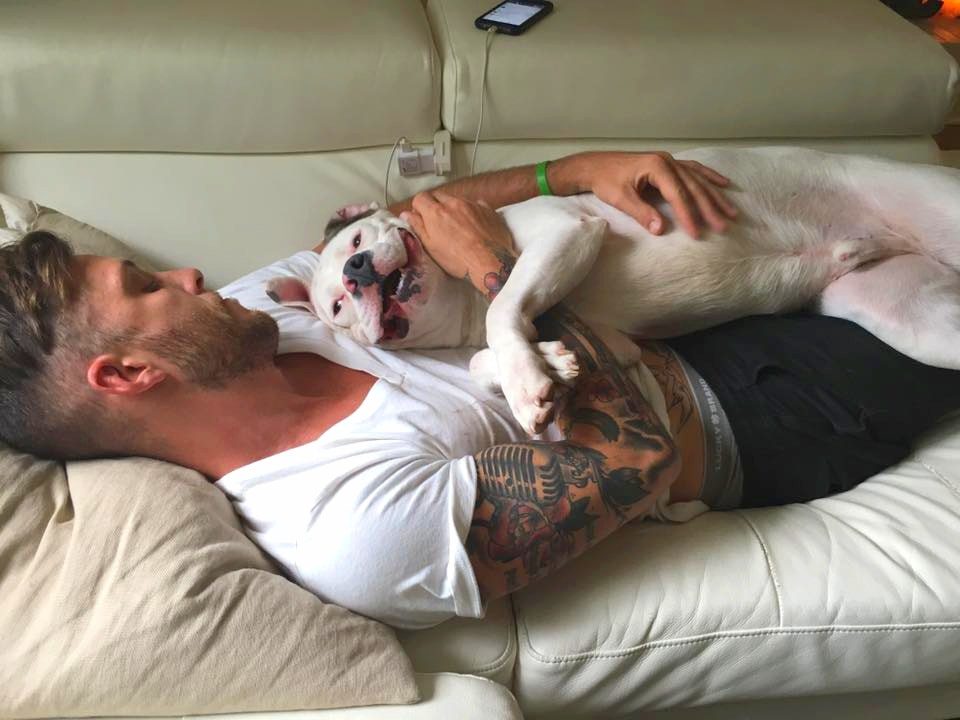 The photo seemed innocent enough: it was a selfie where the pair were showing off their signature silly smiles. Both seemed to be over the moon about their new homes and new family. As a thank you to the rescue team that brought them together, Dan shared the photo with Detroit Dog Rescue, underlining the happy perks of adopting a dog.

1 2 3Next
Prev Article Next Article