Home
animals
Police Arrive On The Scene At Florida Liquor Store, Only To Find A Drunken Opossum…

A policeman showed up at a wildlife rescue center in Okaloosa County, Florida, carrying a cardboard box with a drunk animal inside.

“I thought it was just a practical joke,” Michelle Pettis, a wildlife health technician at Emerald Coast Wildlife Refuge said. “But I opened the box and there was the opossum. She definitely wasn’t acting normal.”

An employee discovered a wild opossum beside a broken bottle of bourbon after he had apparently broken into Cash’s Liquor Store. 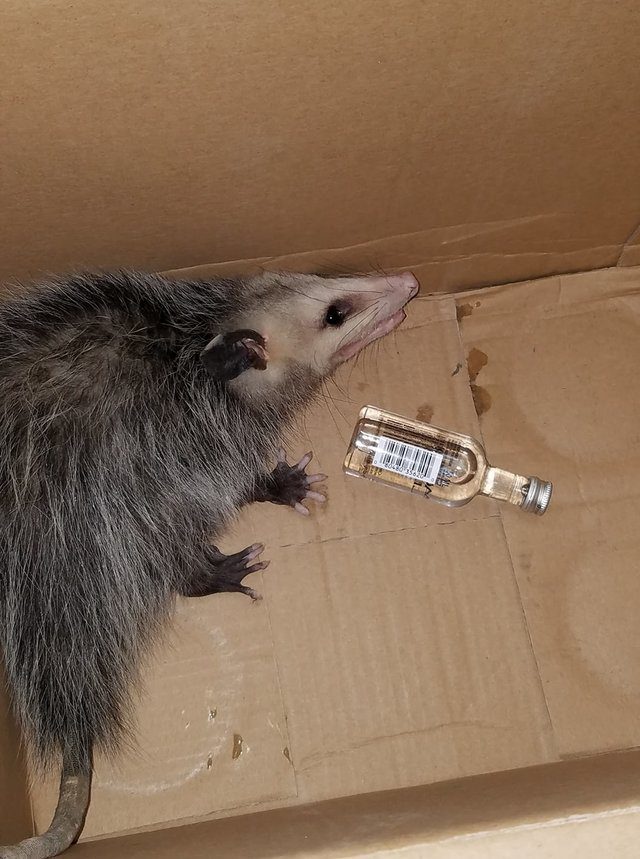 Police officers are used to dealing with inebriated individuals, but this was a bit different.

The employee and responding officer managed to wrangle the tipsy furball into a box and bring her to a wildlife rescue center for help. “I’m still not sure why that tiny sample bottle was in there,” Pettis added.

Rescuers gave the animal fluids — “She perked up rather quickly after that,” Pettis said. After a few days in their care, the opossum seemed sober enough to return to the wild.

“I’ve found my spirit animal at last,” one commenter wrote.

“She needs a Waffle House breakfast,” another added. “Trust me on this one.”