When Gracie was found, she was close to death.  It was unlikely that she would have lasted another two days, according to the people who helped rescue her.

“She could barely stand,” said Mollie Shealy, the dog’s foster mom. “Her back hind legs were almost in a squatting position. Every time we touched her, we felt a bone because of how skinny she was. But she just cowered around with her head down.” 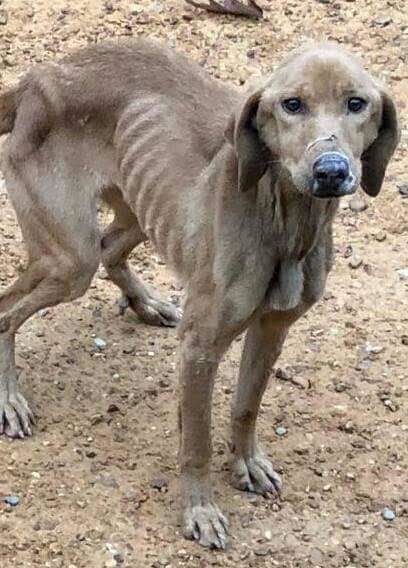 Gracie when she was found on the road last November

A road worker found the emaciated dog near a patch of woods in Tuscaloosa, Alabama.

“She apparently came running out of the woods and went up to him,” Shealy said.

Shealy has a theory on how Gracie ended up alone in the woods.

“More than likely, Gracie was bred to be a hunting dog, but she didn’t do the caliber of hunting that they wanted,” Shealy said. “So they either cut her off the leash or left her in the middle of the woods, and probably planned for her not to survive.” 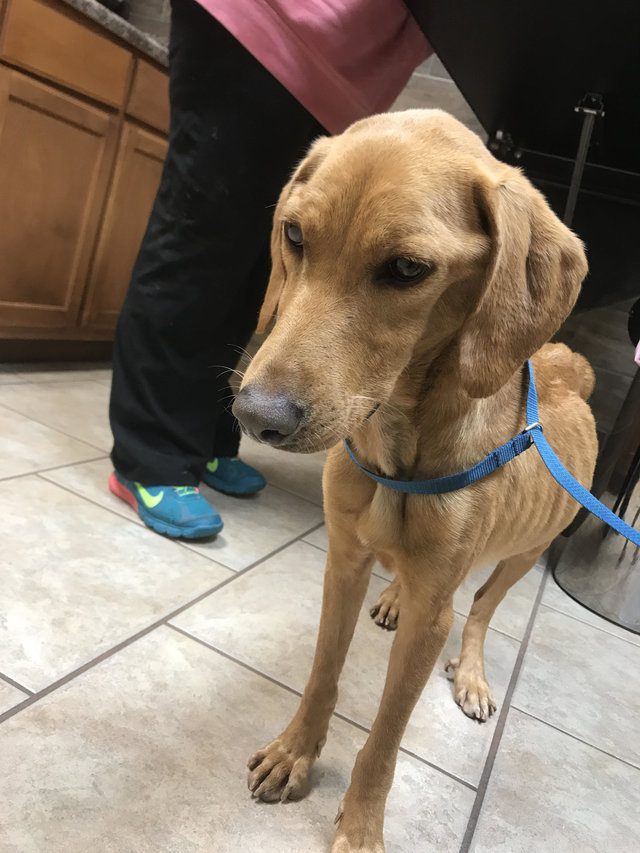 But Gracie did survive.

The road worker contacted Canine Compassion Fund, a local animal welfare organization, and they picked up Gracie and rushed her to the vet. The rescue group then arranged for Shealy and her mother Marlene to foster Gracie.

Gracie was terrified of everything and everyone, including Shealy and her mom. 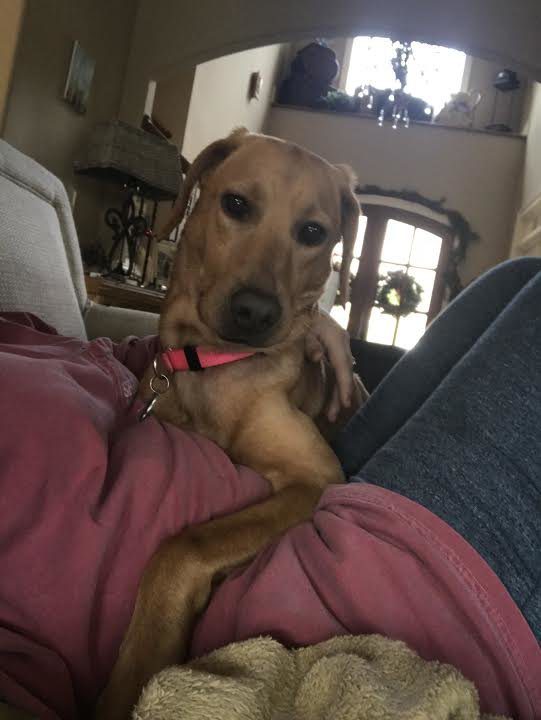 Gracie while in foster care with Shealy and her mother

“The first week was kind of rough,” Shealy said. “She was depressed and kind of wandered around, and didn’t really know what the deal was.” 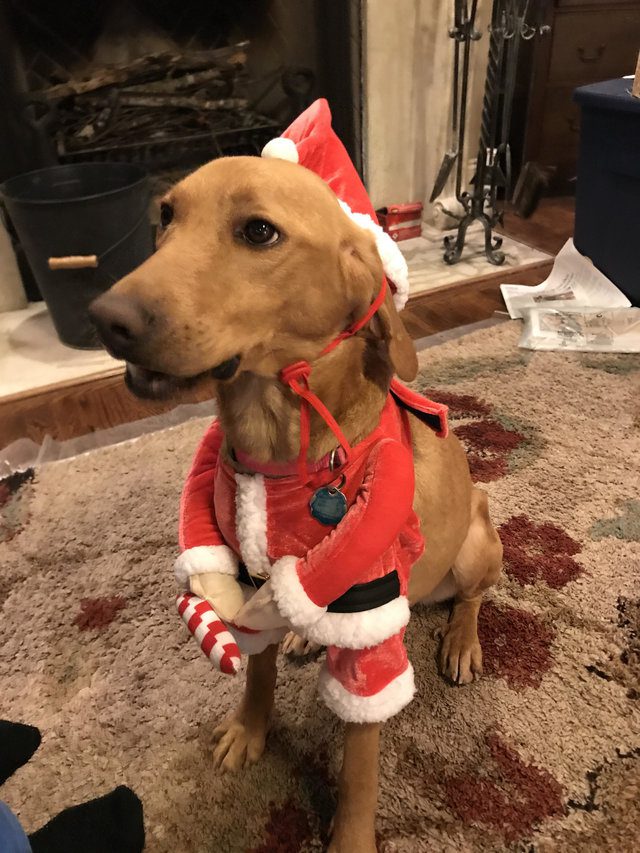 “We were feeding her anywhere from five to six meals a day,” Shealy said. “Just very small portions. She was so hungry that she devoured it.”

Gracie gained the weight she needed and with that, gained confidence. 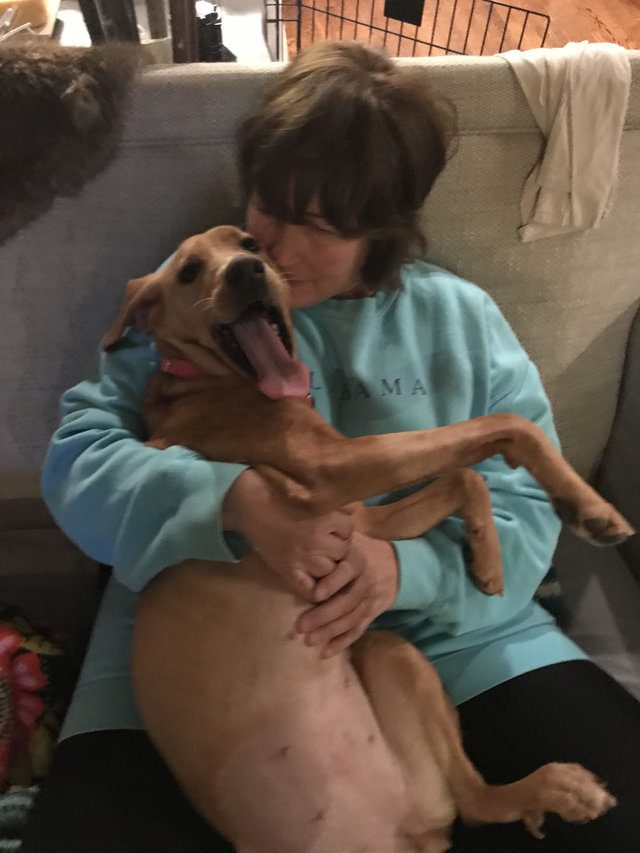 “My mom would probably sit with her for three hours on the couch each day, just petting her and showing her that it was OK and that she was in a good place now,” Shealy said.

Gracie had to learn how to play. She didn’t know what to do when Shealy showed her dog toys. Eventually, one toy grabbed her interest; a duck puppet. 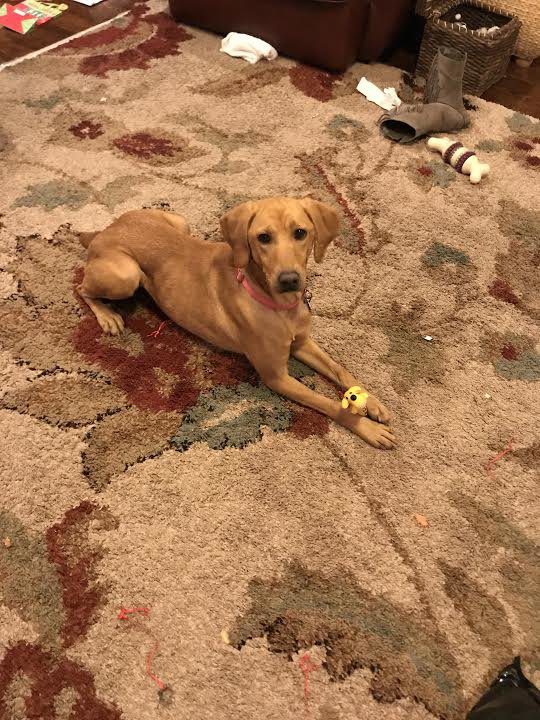 “She went wild for it,” Shealy said. “It was like a switch flipped in her personality. Ever since then, she’s been full on.”

Gracie now loves every toy she can get her pawsvon. “She’s a goofy dog who loves to play,” Shealy said. “We have all her toys in a box, and she’ll get them out and line them up and give each toy like two or three bites. She’ll run them up to you, and she’ll play tug-of-war.” 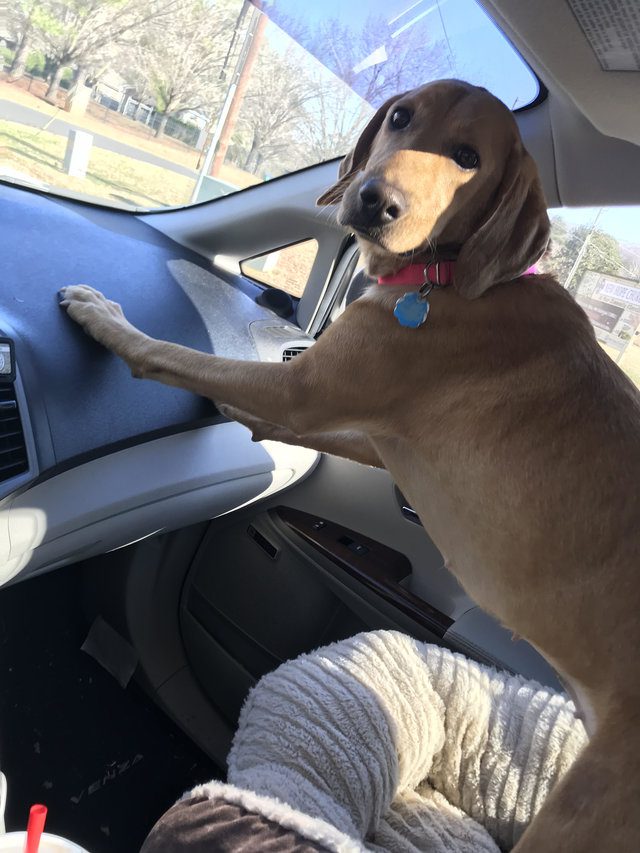 “She’s turned out to be a great dog,” Shealy added. “It’s taken time and patience, but she can sit now, she goes great on the leash, she eats two or three meals a day. She probably gained about 10 to 12 pounds, which is what she needed. She could barely stand when we first got her, so just her improvement is incredible. And her personality has come out, and we’ve just loved having her.” 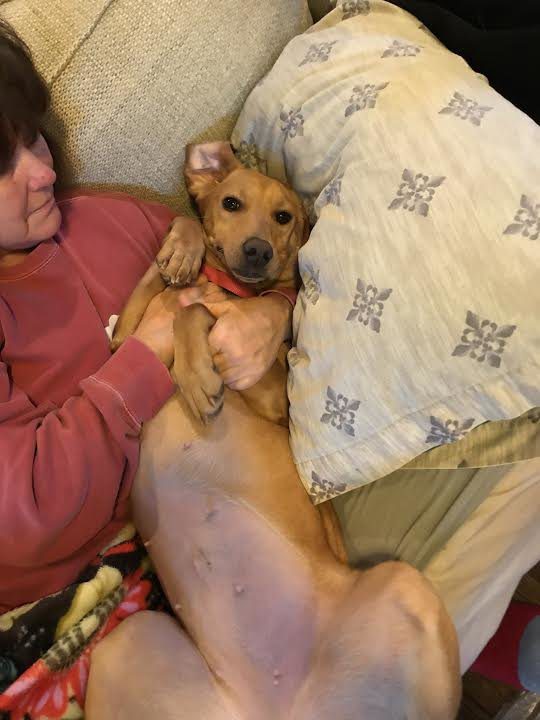 When Gracie gains a bit more weight, she’ll start treatment for heartworm disease. During this process, she’ll continue to stay with Shealy and her mom.

Once she’s made a full recovery, Gracie will be up for adoption.  Shealy is sure she’ll make the perfect family member for someone. 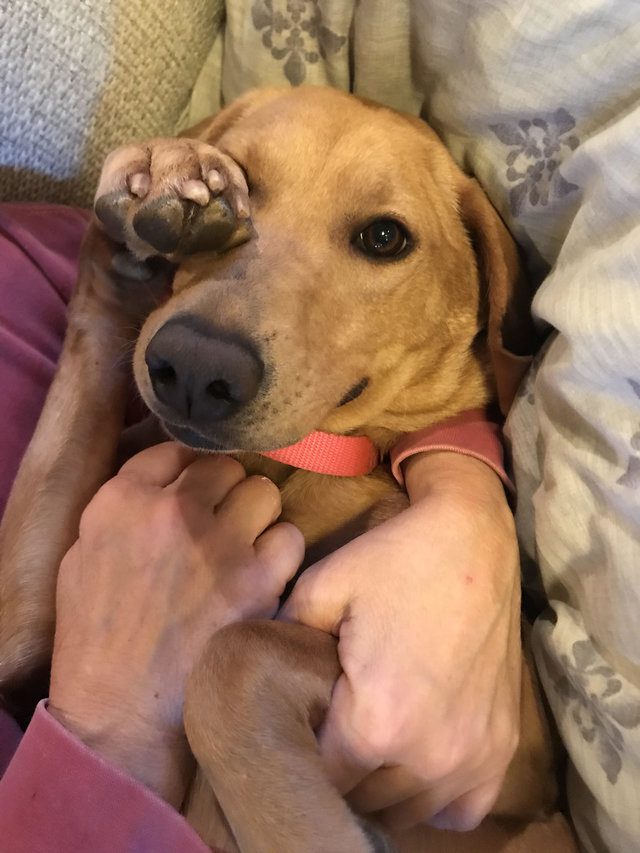 “She’s just so thankful to be with people and to be loved and to have the fun that she has,” Shealy said. “I think because all that she’s been through, and all the loyalty and thankfulness that she had. You let her out of her kennel in the morning [and] she runs out, she hops up on the couch. She licks your face, and she’ll nuzzle her head into your neck.”

“She knows the value of the relationship that she has with me and my mom,” Shealy added. “And it’s been really great being able to rehabilitate her to a state where she can be adopted.” 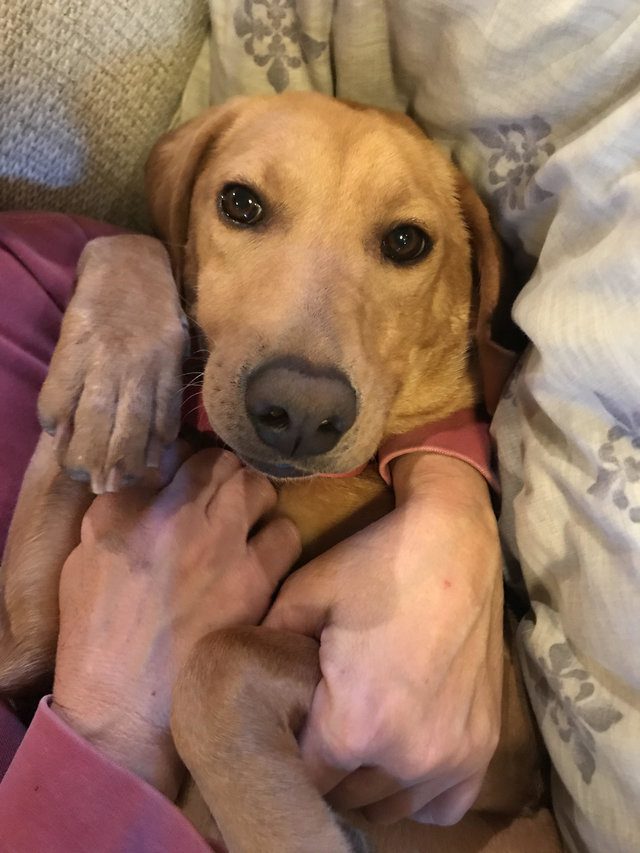