Limbani the chimp is seen in the video below hugging and climbing on a dog lying on a leather couch. The video of Limbani hugging a dog has gone viral for all the wrong reasons.

The dog doesn’t seem to be bothered, but there is an underlying problem behind the interaction: It’s clear the young chimp is being raised as if he were a pet. Despite the fact that the chimp is in the care of the Zoological Wildlife Foundation (ZWF) in Miami, a zoo that claims to be focused on wildlife conservation. 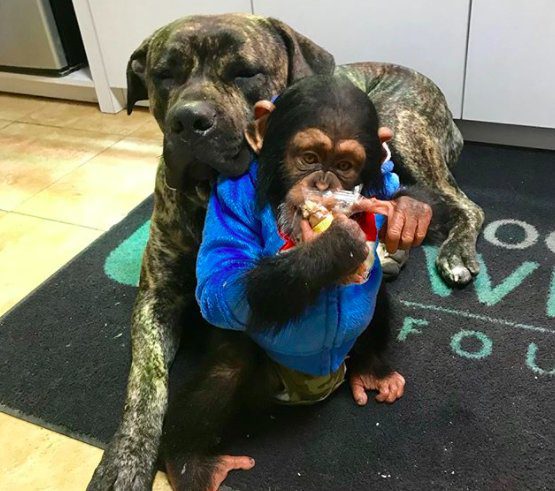 “Anytime a picture or video of a chimp interacting with a domesticated animal goes viral, it’s generally not coming from a place that is reputable,” Andrew Halloran, care director for Florida-based sanctuary Save the Chimps said. “It’s a real shame that news outlets like ABC have spread the video around in a positive light.”

While at the zoo, guests can pay to pet and take photos with exotic animal residents such as the tigers and monkeys. Deemed as a practice commonly associated with abuse and exploitation. The zoo’s supposed mission to educate people and conserve chimps, experts say it’s doing the exact opposite. “Chimps, like humans, are born helpless and learn most of their social behaviors from their mothers,” Halloran said. “This chimp has been put in a situation where he’s been deprived of all of that, and on top of everything, is bringing in upwards of $1,000 for every 10 minutes guests pay to hold him.”

Because of Limbani’s tender age and cute smile, he is one of the zoo’s most popular attractions. “This only promises a future of further isolation,” Halloran said. 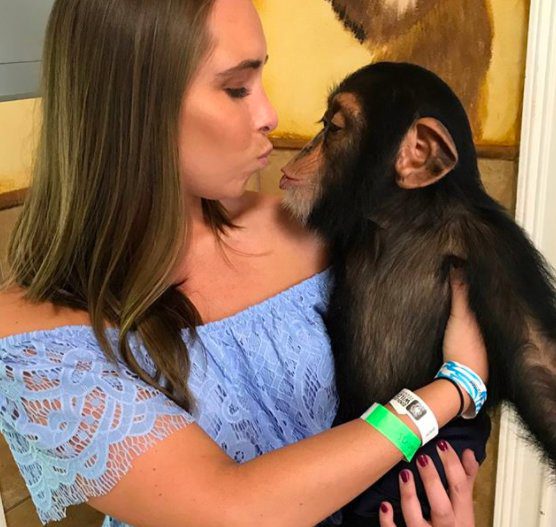 “Chimpanzees are highly unpredictable — and one like him will only be able to be a moneymaking venture for a few more years until it becomes a problem,” Halloran explained. “When chimps are forced to only hang around people, it becomes a disaster. If and when something happens, he’ll be put in further isolation which would only continue to negatively impact him psychologically.”

ZWF did not respond to a request for comment, so it is unclear where the zoo got Limbani or whether there are any other chimps there whom he is able to interact with. No other chimps are shown on the zoo’s website and social media accounts. 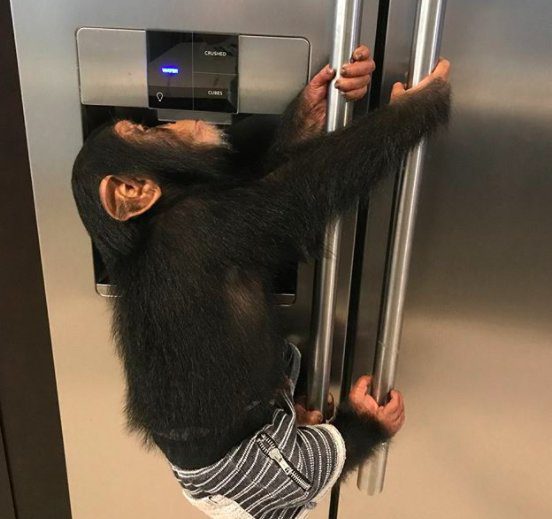 Experts said the zoo is promoting the idea that they are able to be domesticated the chimp by dressing him in kids’ clothing and doing humanlike things.

Prashant Khetan, Chief Executive Officer of Born Free USA,  said Limbani is being shown as if he were someone’s pet, not the wild animal that he is. “A normal infant chimp learns how to be a chimp from his family unit,” Khetan said. “They’ve stripped him of that ability and he is being taught how to interact with the world as if he’s a human child.”

Limbani can be seen sitting on top of a pizza box unwrapping a cookie, and rolling on the floor with a puppy while wearing a diaper. His Instagram profile shows him riding in toy cars meant for toddlers, climbing the fences of animal exhibits at the zoo and posing with paying visitors for photos. 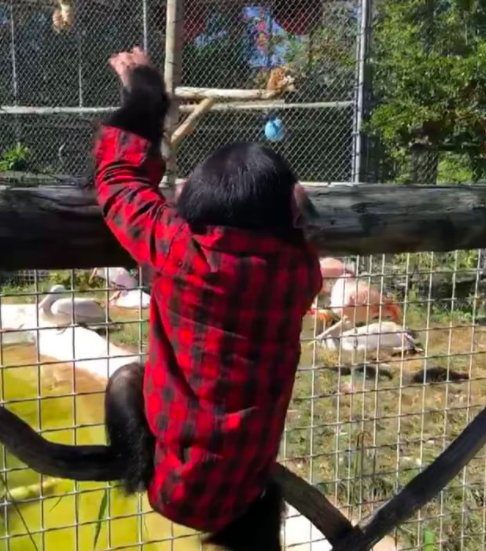 According to Erika Fleury, program director for North American Primate Sanctuary Alliance, it’s not uncommon for zoos and entertainment facilities like ZWF to operate under the false pretense of being a sanctuary or a conservation-driven organization.

This is in stark contrast to organizations that provide natural environments for chimps to live in alongside their own kind. They do not allow guests to interact with them and many are not open to the general public.

“Mentioning conservation efforts or highlighting animals on-site who are rescued typically attracts guests because they believe that they are supporting a reputable organization,” Fleury said.  Allowing direct interaction with animals and earning profits from ticket sales are never qualities that align with conservation groups. 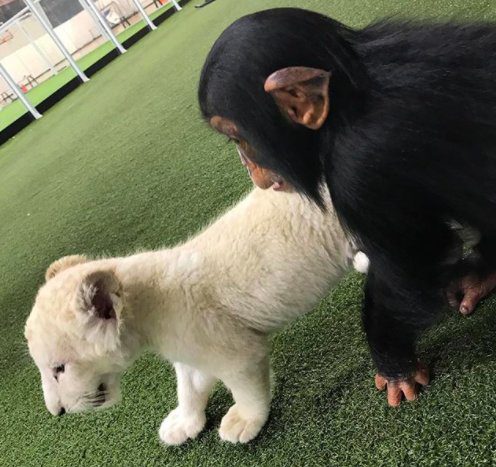 “True sanctuaries operate with the welfare of their animals as their first and highest priority,” Fleury said. “They … do not permit public contact with the animals and would never remove their animals from the property for any purpose other than veterinary care. These practices are not in the best interests of the animals — they are done to raise money, and these practices are harmful and stressful for the animals involved.” 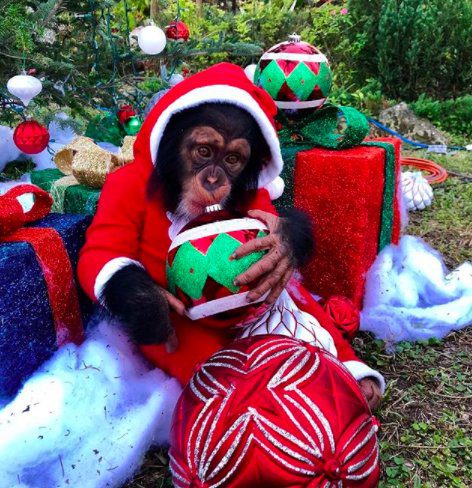 “When videos like this go viral, it’s common for people to react in a positive way,” Khetan said. However, it is important to think about why the animal has been put into this situation in the first place.

“A chimp is not naturally going to want to climb on the shoulders of a human for a photo,” Khetan said. “The only way you can do this is if you’re doing something to the animal to make him do it. Doing so does nothing to conserve the species — but what it does do is make a lot of money.”