Adopting a dog is one of the most wonderful moments in life. Is there any better feeling than finding the pup you click with and bringing them to their forever home?

When Julie and Alan’s Cousins adopted their pup, Jos, from the McNeillie family, they knew they had found the one.

Jos was perfect for the Cousins and lived happily with them for many years before passing away.

After Jos passed, the Cousins were heartbroken. They weren’t ready to get another dog just yet, but they wanted to remember Jos’ life and honor his memory.

The Cousins decided to reach out to the woman they’d adopted Jos from, Mrs. McNeillie. Her dog, Skye, had had puppies, and Jos had been the only one left when the Cousins arrived to adopt. But that didn’t matter to the Cousins — Jos was perfect for them.

When Mrs. McNeillie received the letter in the mail, she couldn’t believe it. Her son, William, uploaded the touching letter to Twitter. Keep scrolling to hear about Jos’ incredible life, and to read the letter Julie and Alan sent to the McNeillies. 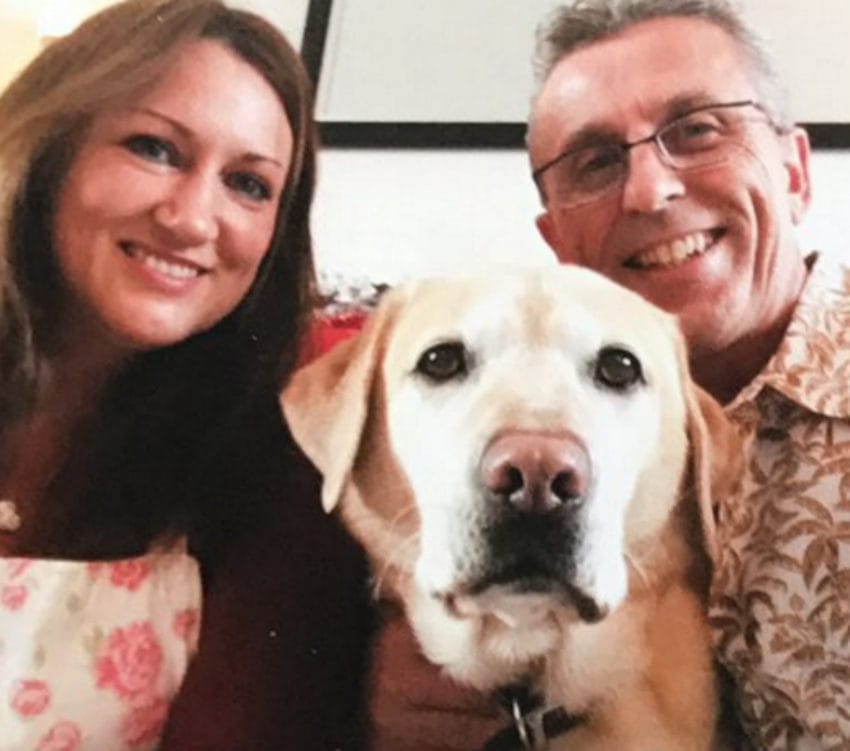 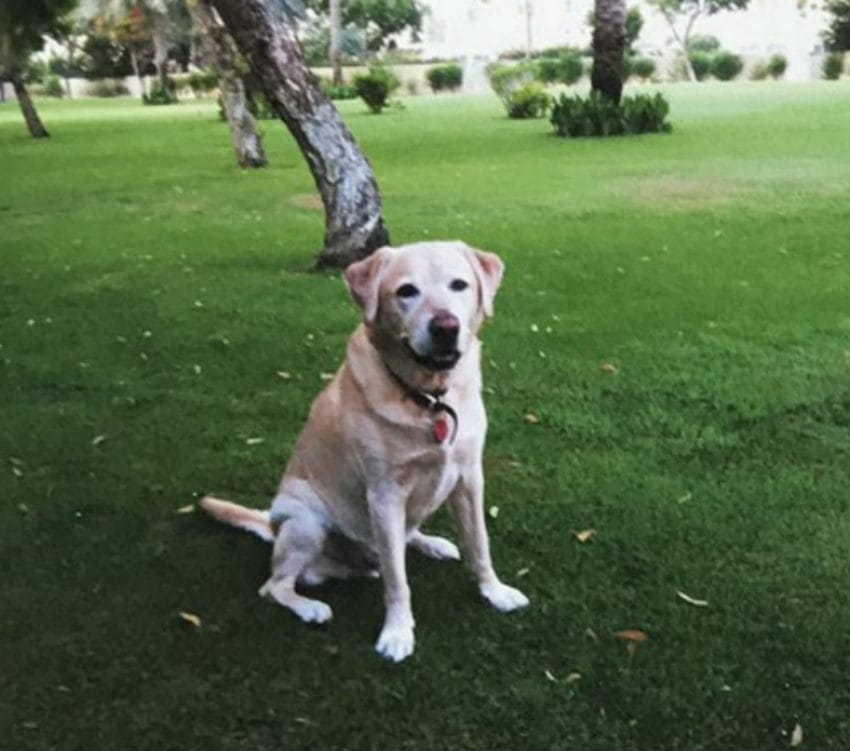 Although Jos was the runt of the litter, that didn’t bother him or his new parents. The Cousins loved Jos deeply. They showered him with love and took him everywhere. 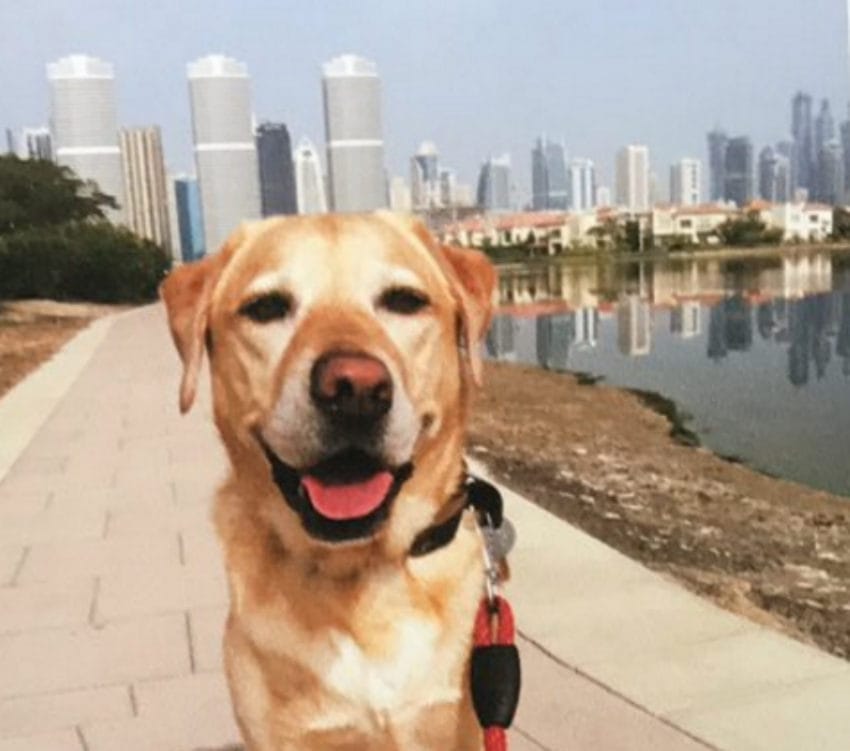 In 2008, the Cousins moved to Dubai. They took Jos along with them for the adventure. While living in Dubai, Jos swam in the Gulf Sea and traveled the world with his loving parents. 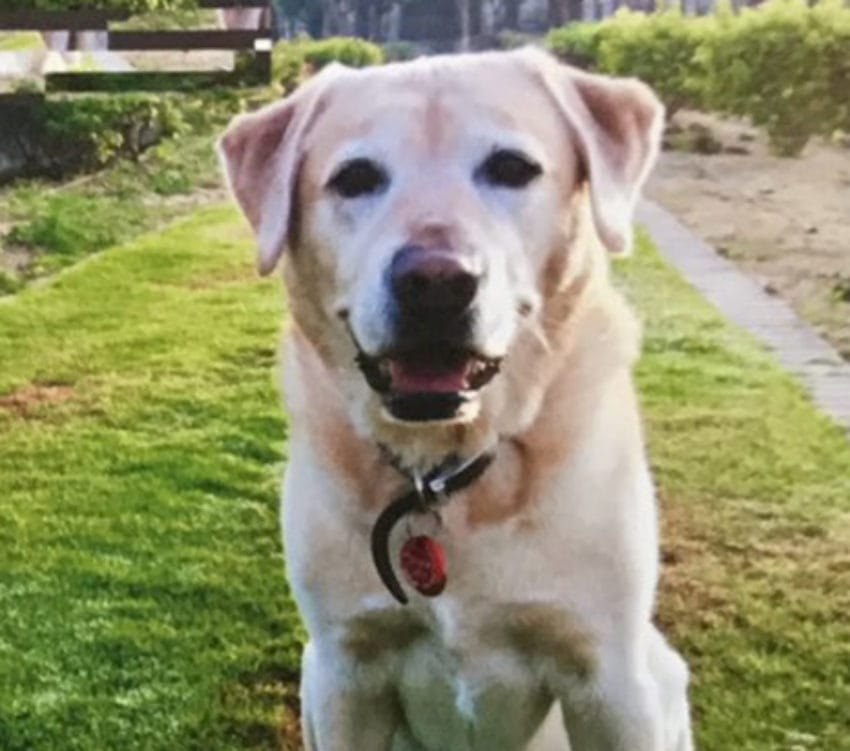 In 2013, Jos and the Cousins moved back to the UK. Jos was excited to be back home, but he wasn’t quite himself. Julie and Alan took Jos to the vet and discovered he was suffering from kidney disease. 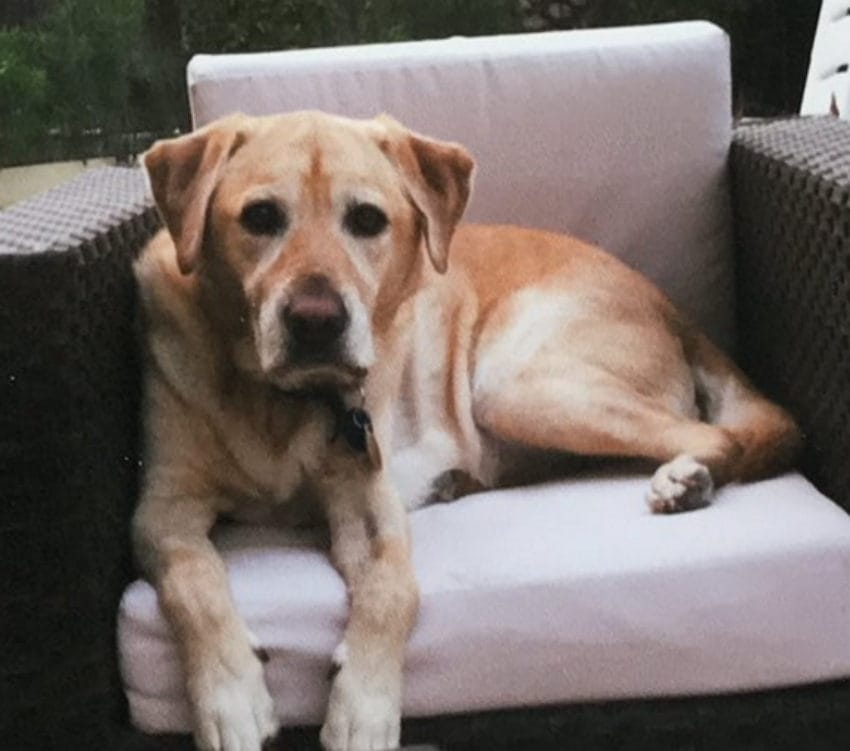 Even though Jos was sick, he still seemed happy. Jos drank just as much as he had before getting sick, and still loved hanging out with his parents. He took medication and lived happily with his kidney disease for three years. 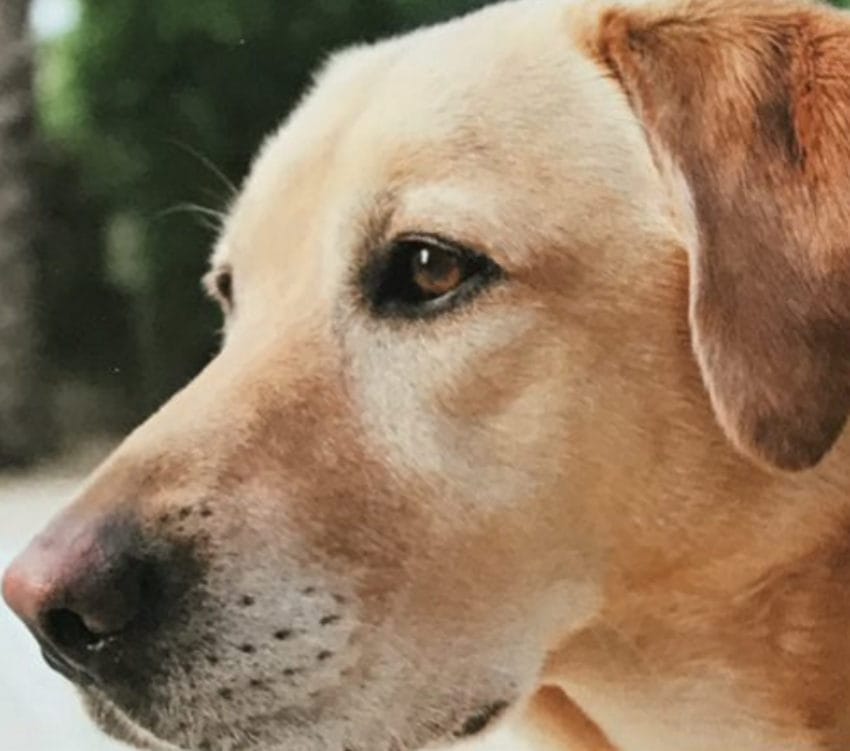 After three happy but trying years spent fighting to stay well and with his family, Jos could no longer hold out. He sadly passed away in March of this year. 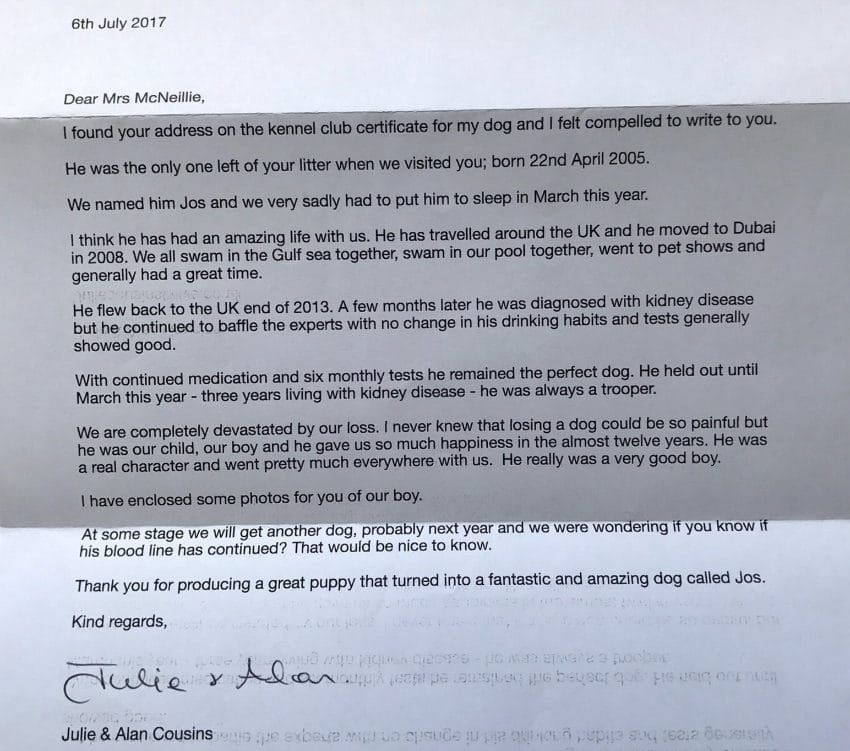 A few months after Jos’ passing, Julie and Alan reached out to Mrs. McNeillie. Mrs. McNeillie’s dog, Skye, was Jos’ mother. The Cousins wrote this heart-wrenching note about Jos’ life, thanking Mrs. McNeillie for providing them with some of their best memories. 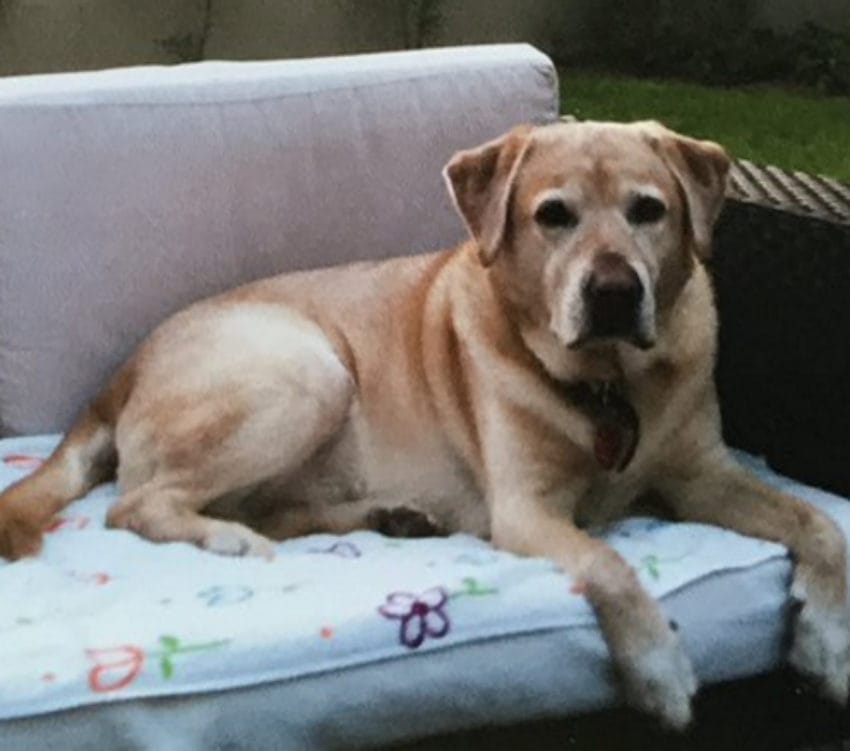 Although Jos has passed on now, it’s clear he lived a very happy and loving life. He has brought comfort not only to the Cousins but now also to the McNeillies.