Home
animals
What Happens When A Rottweiler Breeds With A West Highland Terrier?

They say opposites attract. Here to provide evidence of that is a loving couple and proud parents, Joey and Zara.

Joey and Zara lived together, but no one realized their romance until Zara got pregnant and gave birth — to 11 babies.

We should also mention that Zara is a Rottweiler, and Joey is a West Highland terrier, a breed commonly known as a Westie.

The sheer difference in their size and appearance made their union all the more surprising for their owner, Teresa Patterson, who lives in Yorkshire in the U.K.

Zara is more than twice Joey’s size, but when there’s a will, there’s a way, and Zara was soon the mother to 11 puppies.

The puppies shocked Patterson, who admitted that she “just started screaming” when Zara began giving birth. Soon, Patterson found herself with 11 new puppies.

The puppies, nicknamed “Wotties,” have a good mix of both parents‘ traits. They have their mom’s black fur and muscular build, and their dad’s triangular ears and shaggy hair.

Sadly, four of the puppies died, and Patterson decided it would be best if the remaining seven went to new homes. Her sons, Jonathan and Matthew, each took one, and the other five have since been adopted, as well.

It’s tragic that some of the puppies passed away, but the surviving ones will have full, happy lives in their new homes.

And as for another litter in the future? Not happening, said Patterson. “Joey’s going to the vet’s soon.” 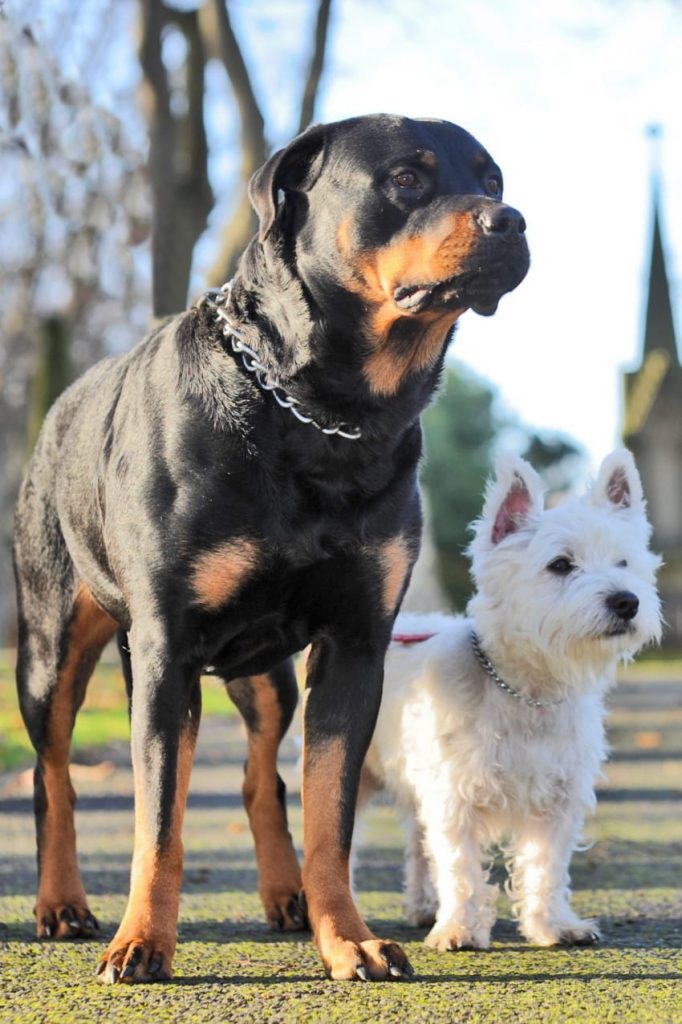 They look like opposites, Zara’s a Rottweiler and Joey’s a Westie, but that didn’t stop sparks from flying back in 2013, shortly after the pair met. 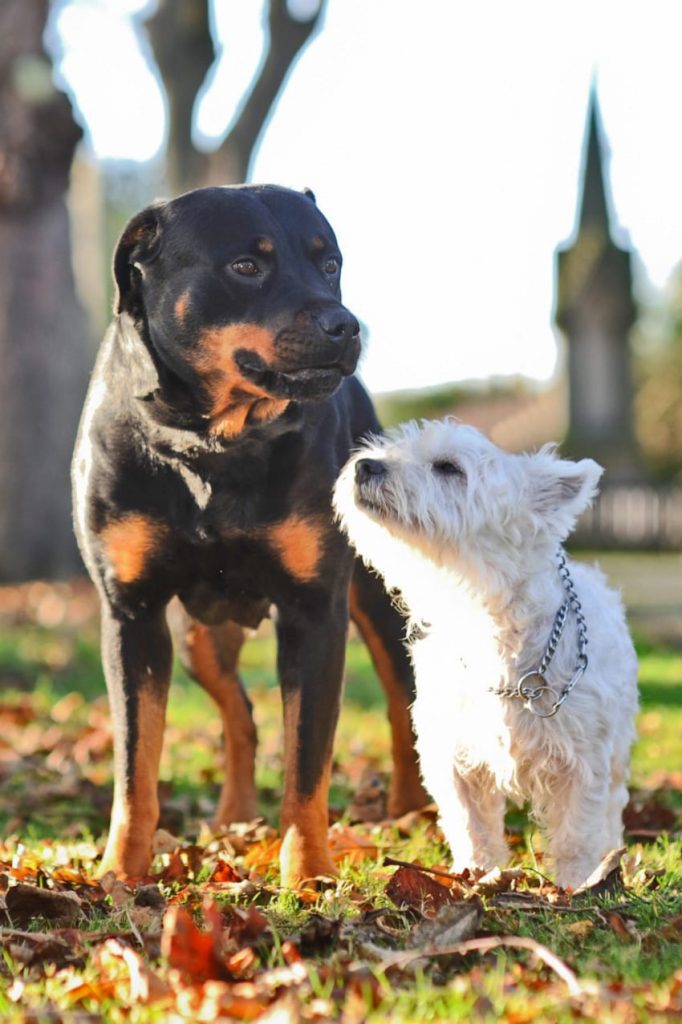 Soon enough, Zara was pregnant, much to everyone’s surprise. 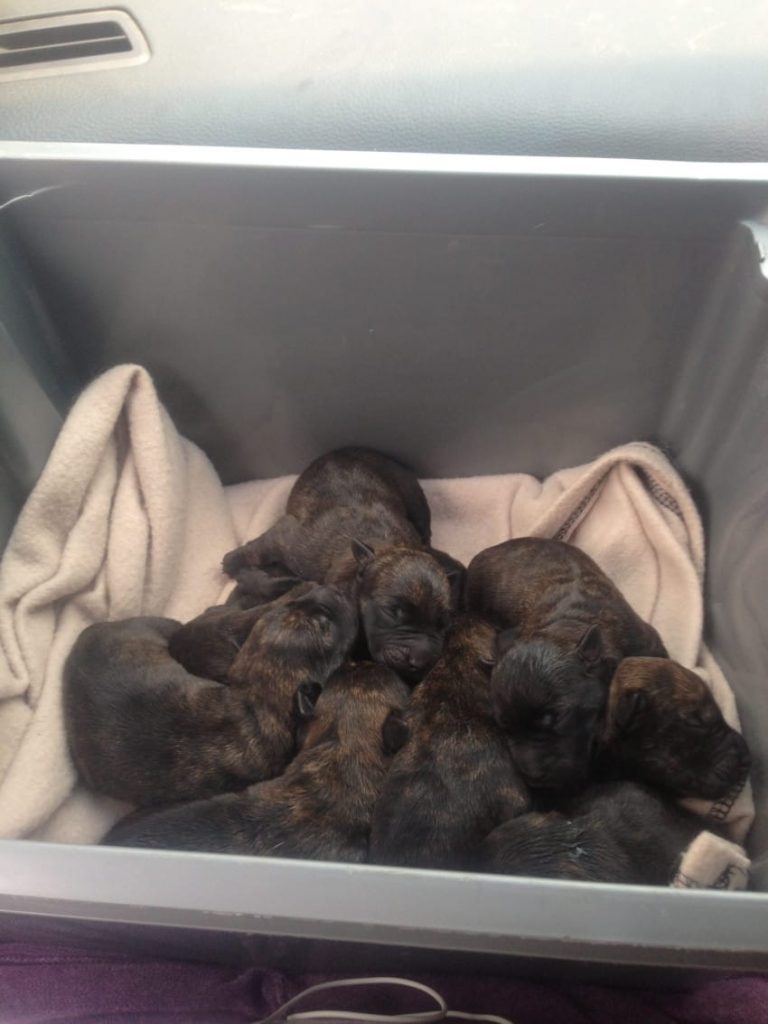 And soon, she gave birth to an astonishing 11 puppies.

The first-time mom was very overwhelmed, as was the surprised owner of the dogs, Teresa Patterson.

“Zara didn’t know what to do, and I just started screaming when the puppies started popping out,” Patterson admitted.

The unusual puppies were dubbed “Wotties,” a combination of “Rottie” and “Westie.” Sadly, four of the 11 puppies didn’t make it, but the surviving seven pulled through, thanks to Patterson’s care. 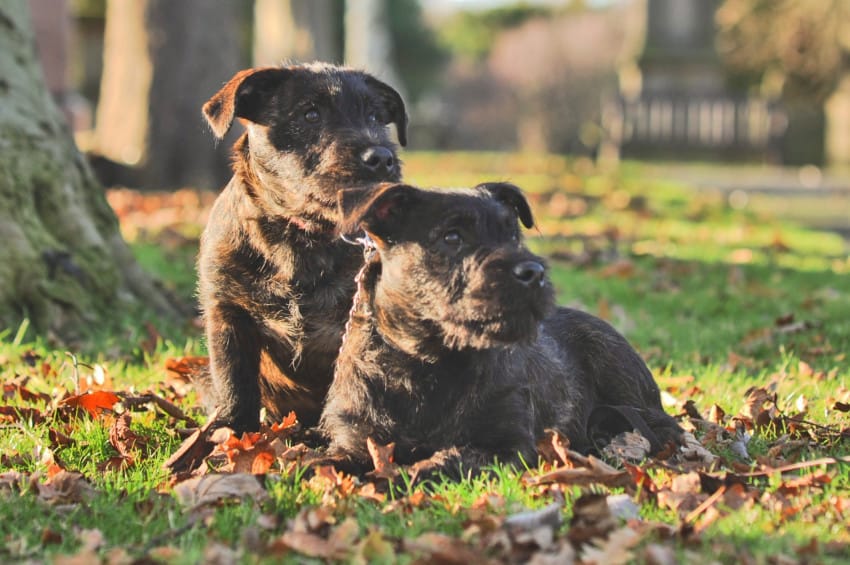 Patterson was thrilled with the puppies, but she knew they would have to be adopted to have happy and healthy lives. 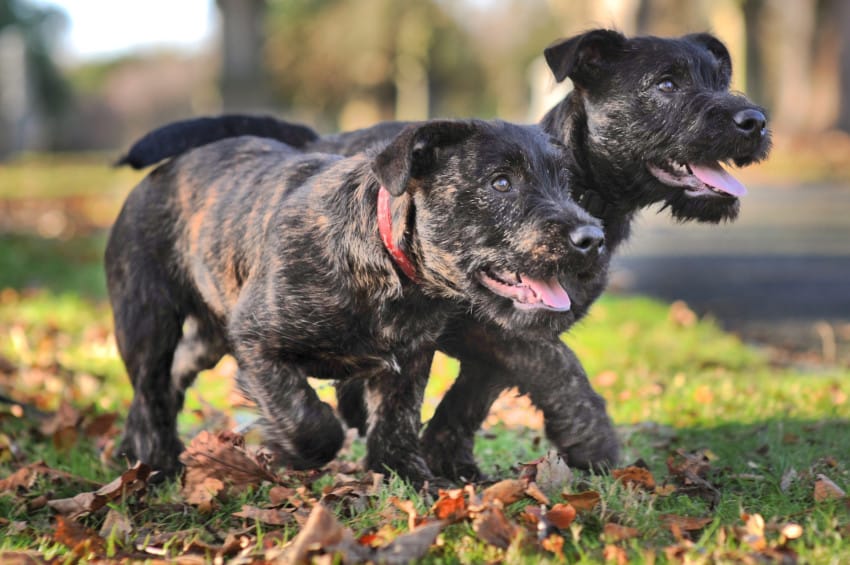 Patterson’s sons, Matthew and Jonathan, each agreed to take one, and the other five eventually found forever homes, too.

The strangeness of the breed attracted some attention, as no one, including the Kennel Club, had ever seen a Wottie. The Kennel Club registers some 250,000 puppies of 212 breeds each year and has no record of a Rottweiler-Westie mix.

“We can never say it has never happened, but this is the first time we’ve come across it,” a spokesperson said. 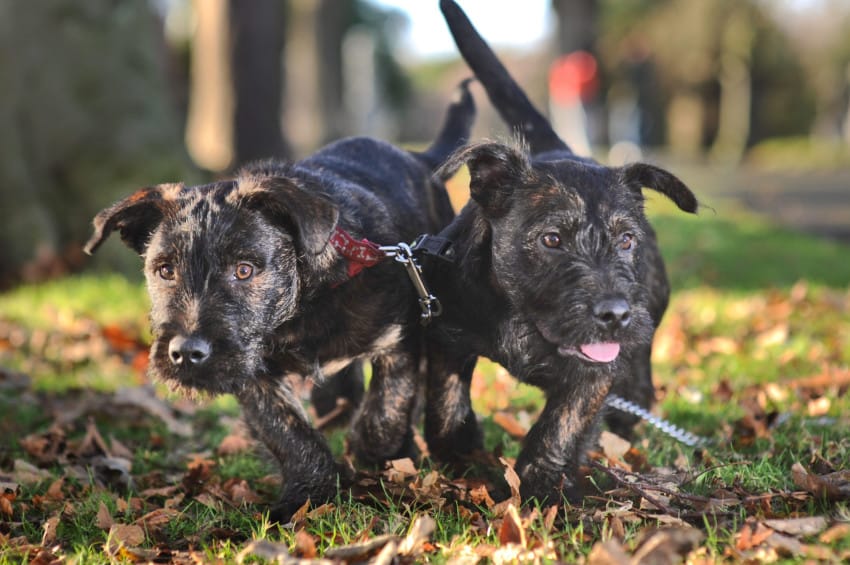 Matthew and Jonathan, along with the rest of the Wottie owners, had a good time wondering how the puppies would grow up. 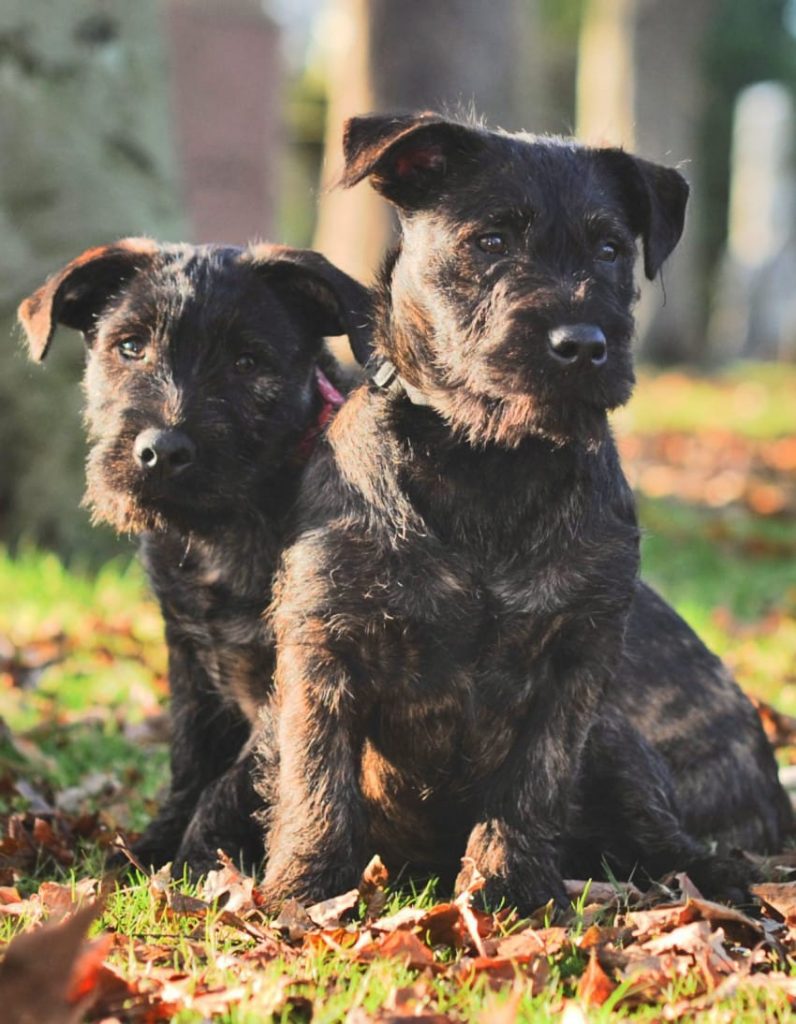 Victoria Lowe adopted a female puppy she named Lola. “Everyone we meet is fascinated by Lola and it is all a bit of a mystery as to how big she will grow,” Lowe said. “She is so full of character and gets up to all kinds of mischief.” Even with their precarious early days, Patterson said the surviving puppies grew up full of energy and spirit.

“The puppies have a lovely temperament like their parents,” she said. “They are high maintenance as they want attention all the time. One of the puppies, Sparkie, which our son is having, follows me wherever I go.” 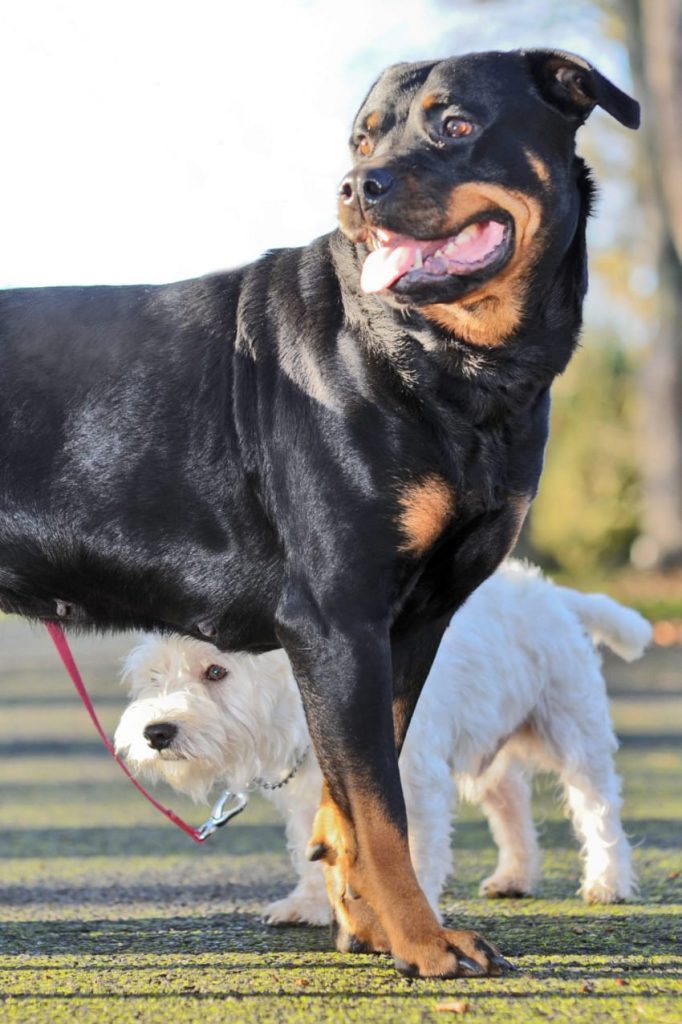 And while the puppies are delightful, Patterson put her foot down when it came to the possibility of having another litter, and got Joey fixed. 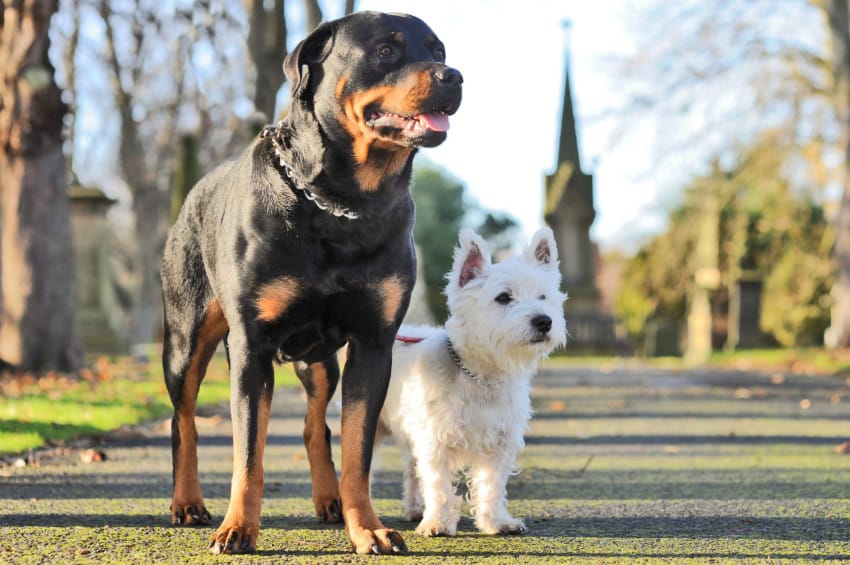 By now, the Wotties have hopefully settled into their new homes, and while Zara and Joey may never have more babies, we hope they’re doing well, too, and continuing to appreciate one another’s differences.