This may be the first quadruple amputee we’ve ever seen to get his mobility back from new prosthetic limbs. Brutus, the Rottweiler, lost all four of his paws as a puppy. 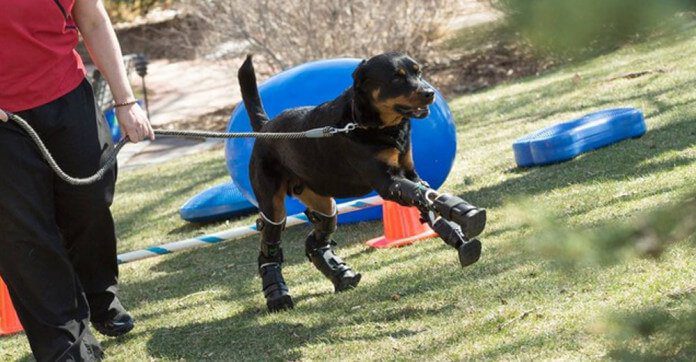 His former home was neglecting him. He was left outside in the freezing cold so long that all four of his paws developed frostbite. The worst part of the story is that the horrible dog breeders that were neglecting Brutus, didn’t even take him to the vet after that! 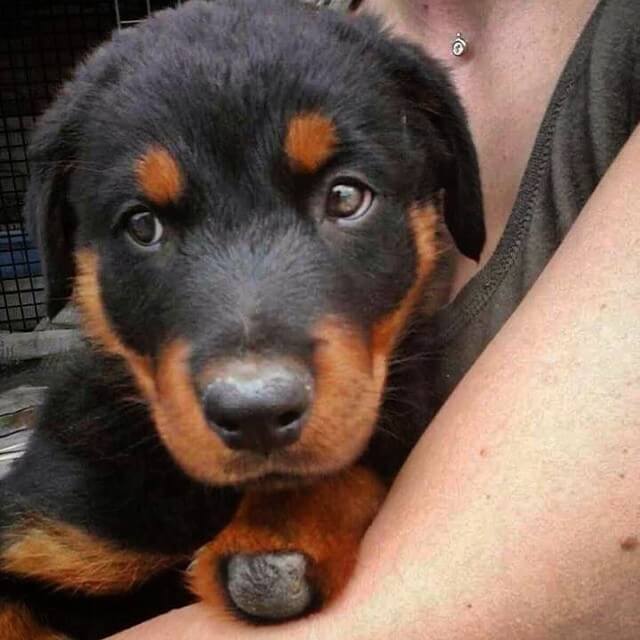 They cut his paws off in an amateur amputation that left him forever unable to walk. Thankfully, Brutus was rescued from that home and found a new home with a foster house in Colorado. 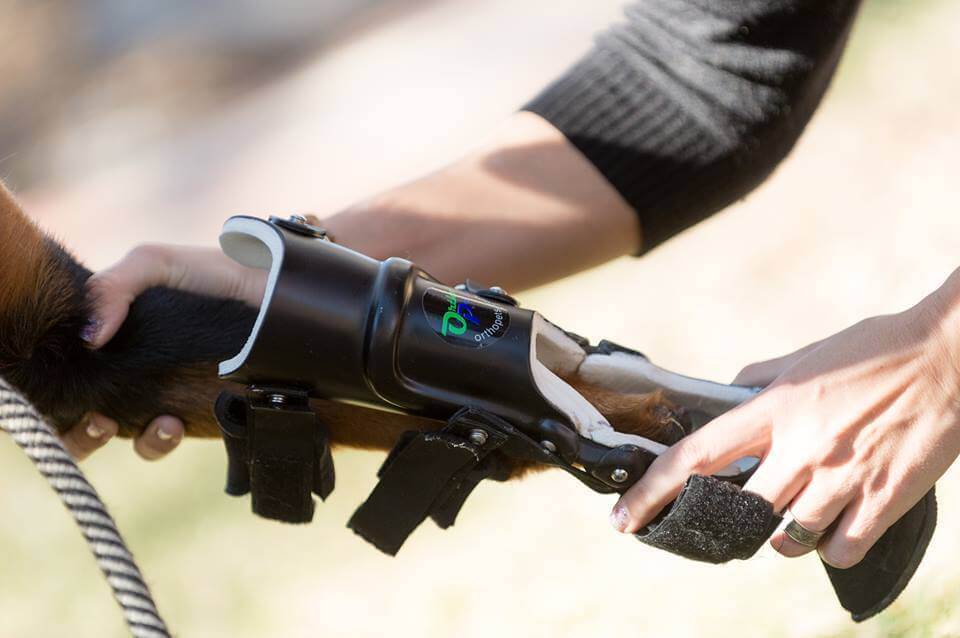 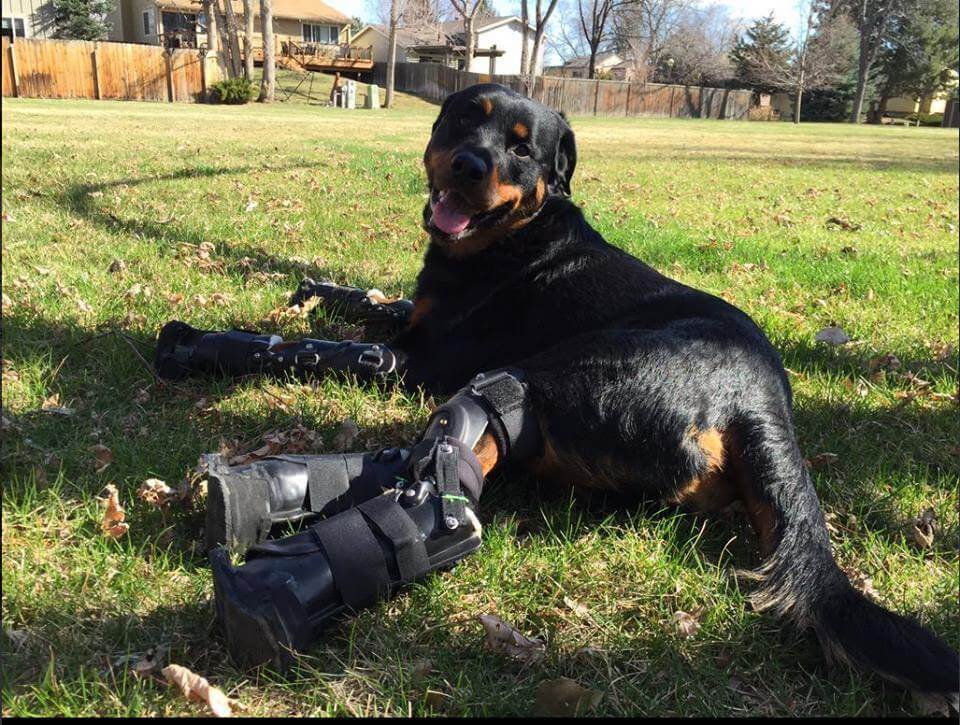 The founder of a company called OrthoPets saw Brutus’ page, and offered to help make him four new paws! Now, Brutus can run around and be the dog that he’s always wanted to be!

The Denver-based company was able to specialize Brutus’ prosthetic paws so that he will have the least amount of stress on his legs as possible. Brutus looks a little shaky on them now, but with some practice, they think he’ll get around without any troubles at all. 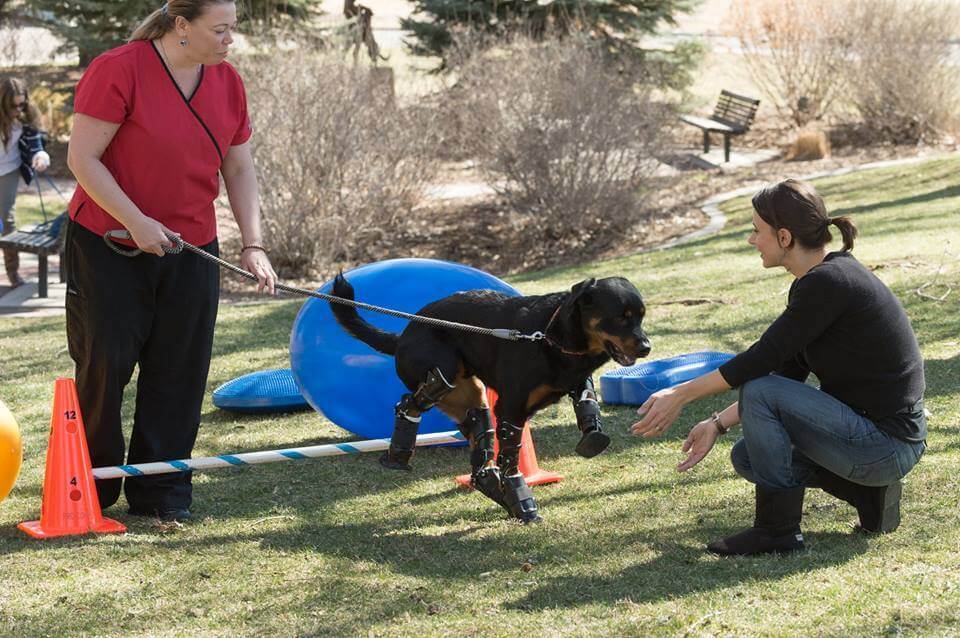