I know a lot of loving pet parents who just love spoiling their dogs rotten, but I think we all wonder: does my dog really need this expensive treat?

A viral photo of a pup reacting to her doggy birthday cake seems to answer that question with a resounding yes!

Lucy, a very good dog, became an internet sensation this week after her owner, Christopher, posted a photo that showed her delighted reaction to getting a birthday cake of her very own.

Like the dog who totally lost his cool over his baby brother pooping next to him, Lucy’s emotional response is too funny for words!

Her owners, Christopher, and Jackie Vrankovic, got her a special doggy birthday cake from a bakery called (what else?) the Barkery and worried that it might be a little bit “frivolous,” according to Today.com.

One look at Lucy’s face is all the reassurance we need that it was money well spent. 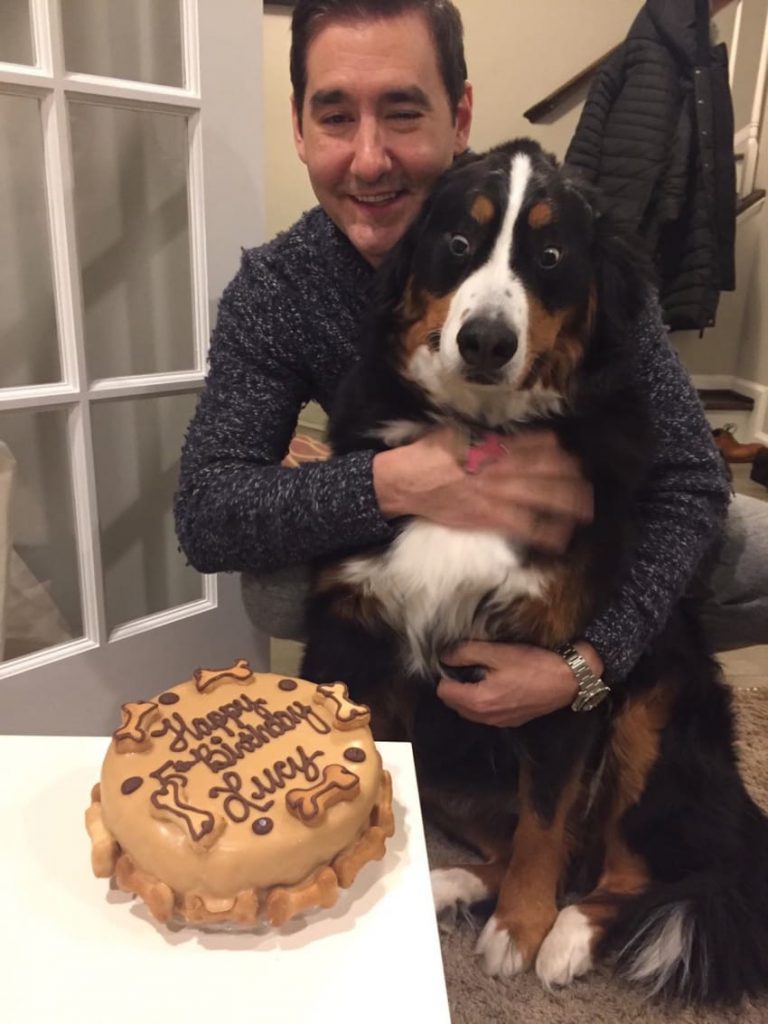 Christopher Vrankovic had no idea he was about to go ‘viral’ when he posted a cute picture with his dog Lucy online, to the image-sharing site Imgur.

The photo became a huge sensation, quickly racking up hundreds and hundreds of comments.

The draw of the photo? The incredible expression on Lucy’s face when she sees her cake! 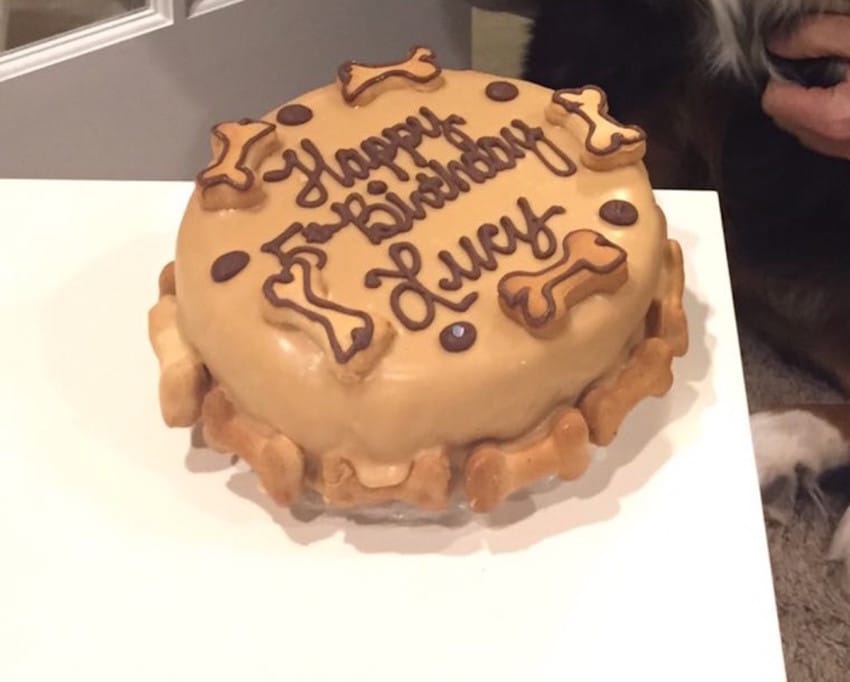 Christopher captioned his photo, “I thought ordering my dog a birthday cake would be a waste of money…Her reaction was worth every penny.”

He explained to Today that it was originally his wife Jackie’s idea to buy the dog a special peanut-butter cake, and he initially balked at the idea of spending $20 on a dog cake. 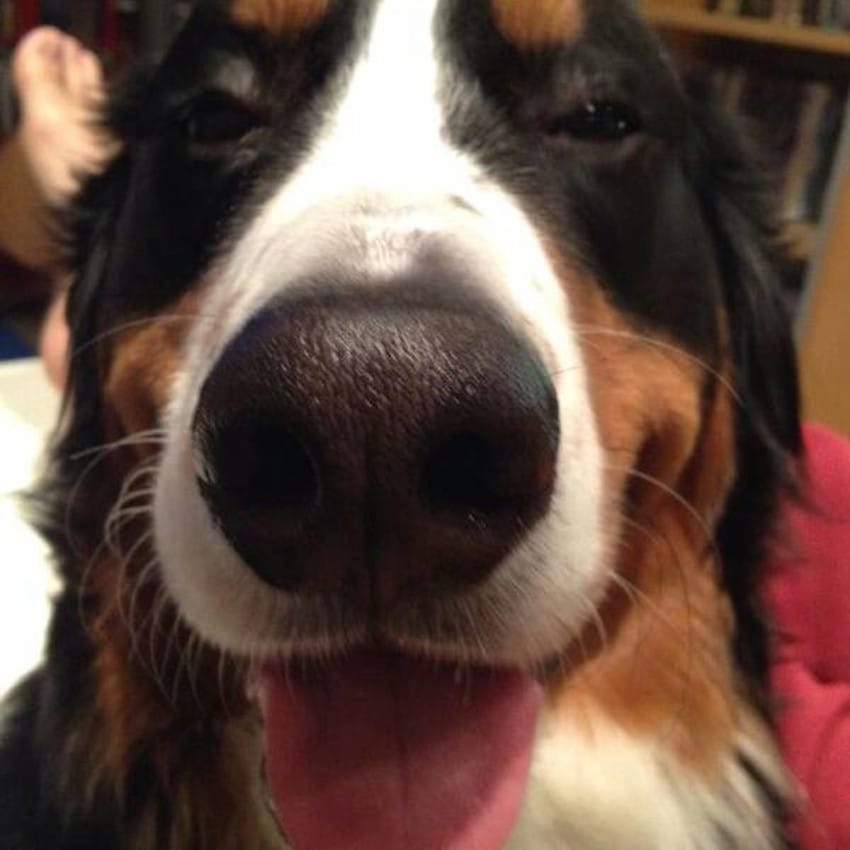 Still, those are a pair of puppy dog eyes that simply won’t be denied!

Christopher explains that he wasn’t so sure he was a dog person when he first met Lucy.

Lucy originally belonged to his wife Jackie, and was a six-month-old puppy when the couple first started dating.

But Christopher quickly fell head over heels for the pup (and her mom!) He become a devoted puppy dad!

In past years, Christopher and Jackie had gotten special dog cookies and biscuits for their special pup, but this year is a big deal.

Lucy was celebrating her 5th birthday, and it’s her last birthday as an only child; the Vrankovics are expecting their first (human) baby.

So they decided to order something special from the Barkery, a specialty pet bakery that makes delicious dog-safe treats, like the darling cookie pictured above! 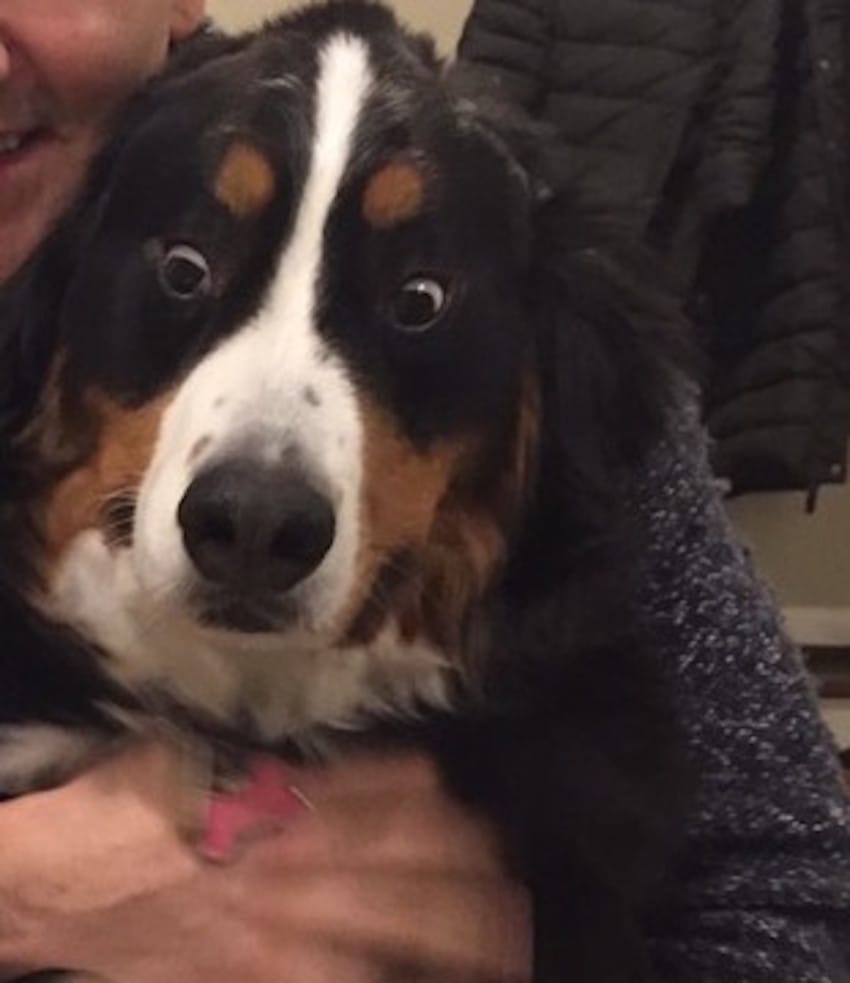 Honestly, it seems like Lucy really appreciated the gesture.

No wonder the internet is enthralled; it’s hard to get past that incredibly adorable expression that seems to say, “Is this really for me?!?!”

Just look at her big eyes; this is the face of one very happy doggy! 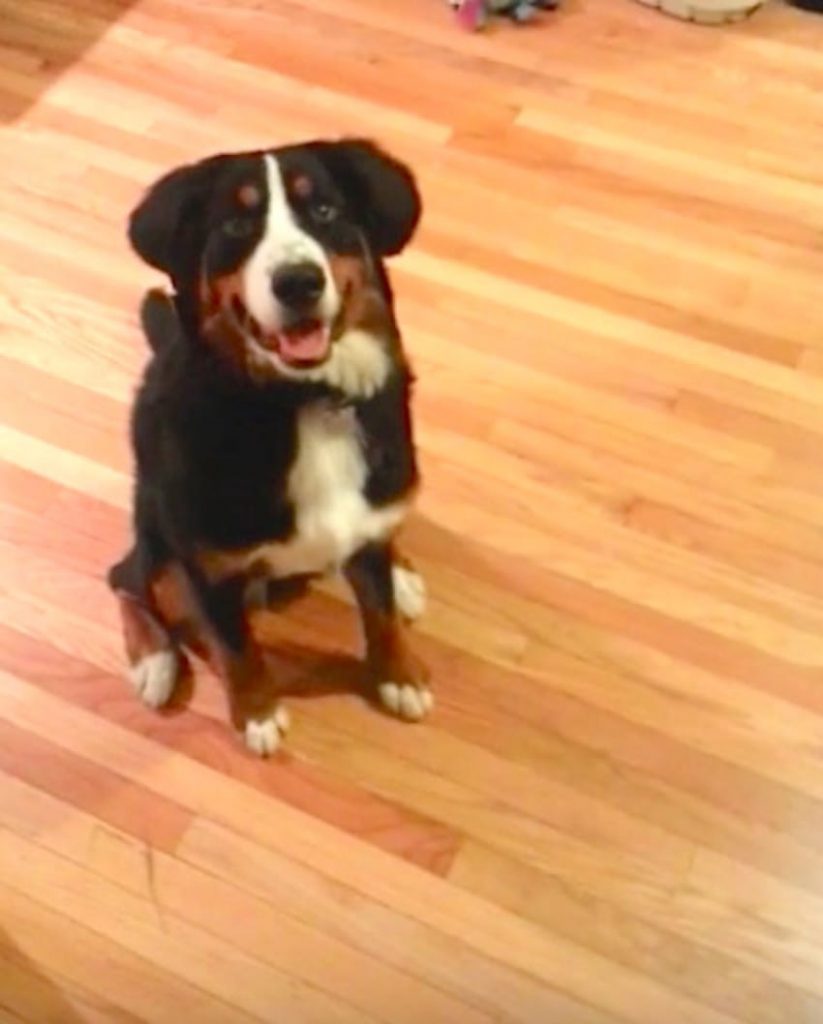 Christopher even says that the annual cake might have to become a birthday tradition for Lucy. It’s hard to know for certain, but we’re pretty sure Lucy wouldn’t mind!