When two women noticed a tiny, fluffy white dog hiding under their parked car in Los Angeles, they contacted Hope For Paws and waited for rescuers to arrive.

It was obvious that the dog was very young and did not belong on the streets all alone. They tried to coax her out from under the car, but the poor dog was terrified.

When Hope For Paws rescuers arrived, the tiny dog, who was later named America, was still hiding under the car. The dog had no plans to come out anytime soon, so they surrounded the car with a plastic gate in case she tried to escape. 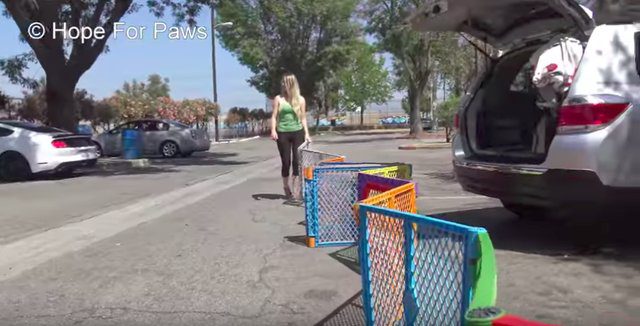 The rescuers peered under the car at America, on the burning hot pavement to see exactly where she was. America didn’t growl or bark despite being terrified. 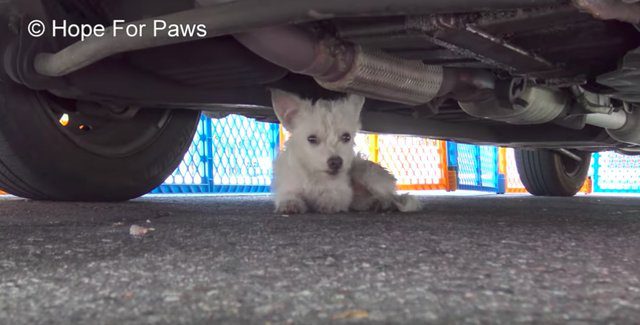 One of the rescuers put a leash under the car… 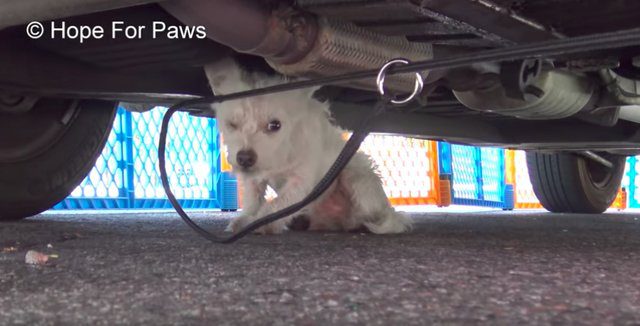 …but America inched away from it, terrified that the rescuers might hurt her. 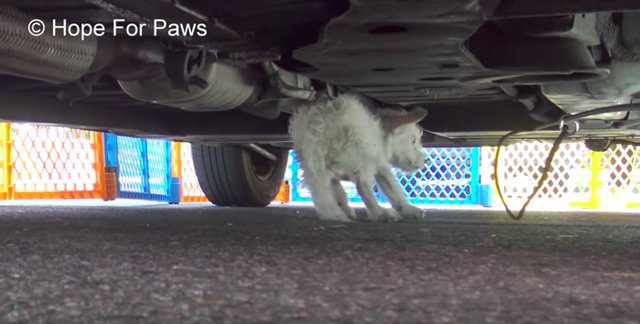 They were finally able to get the leash around her, but she was so tiny that she slipped all the way through… 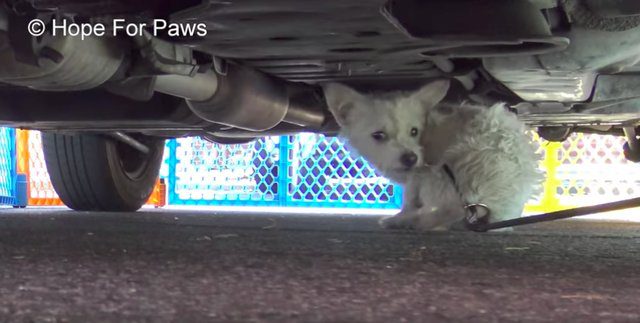 …and one of the rescuers made the decision to reach under the car and try to grab her with her hands instead. 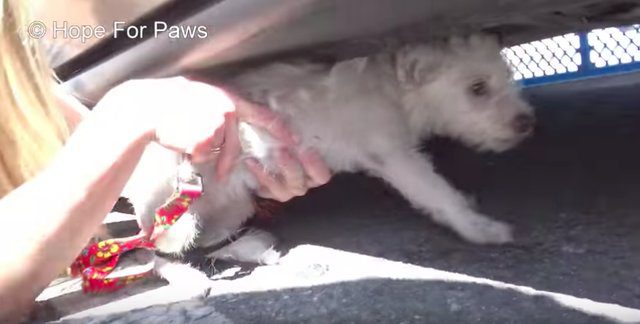 It worked, and within seconds America was finally safe in the arms of her rescuers. That is when America realized that they were there to help her and began to warm up to them immediately, snuggling with them and accepting hugs and love. 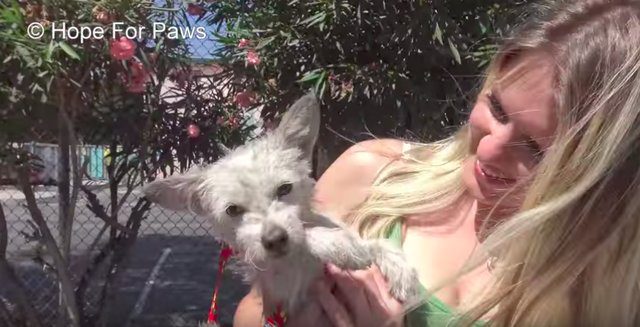 The rescuers took America to the vet, where she got her first bath ever. America turned into the most playful pup once she was clean and dry. She chased her rescuers around and was finally safe and off the streets. 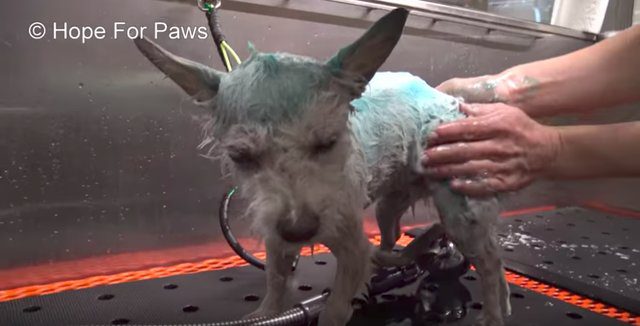 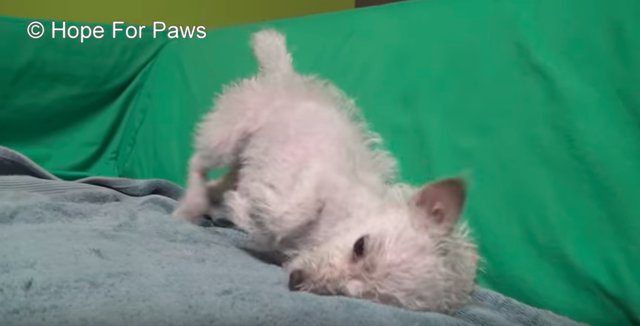 Watch the full video of this sweet rescue below: