Negan is a 7-month-old rescue cat who loves to cuddle. He purrs all the time and is happiest when he is in mom or dad’s arms or when there’s food around.

Don and Tischauna Hinrichs of Minnetonka, Minnesota, Negan’s owners, noticed right away that there was something strange about their new kitten: He would stop at nothing to steal whatever food they were eating.

“As a tiny kitten, he would actually climb us to get to the food,” Don said. “We have never had a cat this obsessed with human food before.” 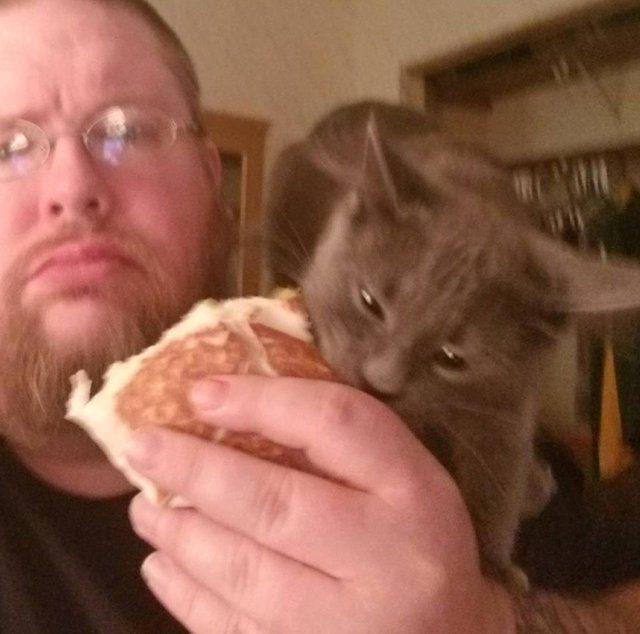 The Hinrichses have never seen behavior like this before.  Usually, it is their dogs who were begging for table scraps.

“We finally decided to film him in action to show our friends just how crazy he was for people food, and then, as things do, it went viral,” Don said.

Don posted the video on Facebook of Negan lurking around as his dad unwraps a sandwich. As soon as the wrapper starts to crinkle, the cat dodges left, then right, and goes in for the kill with a swift bite then runs like the wind.

The video has racked up 19 million views and brought tens of thousands of fans to a Facebook fan page Don created for Negan.

“What started as a fun little page to show our friends how Negan is around people food has exploded,” he wrote in a Facebook post. “With millions seeing the video and getting a good laugh, I just wanted to clear up a couple of things quick. I assure you Negan is well-fed! As are all of our dogs and cats, he’s just extra crazy when it comes to human food. Other than [that] he is a cuddly, loving little cat who loves all people and his fellow animals.” 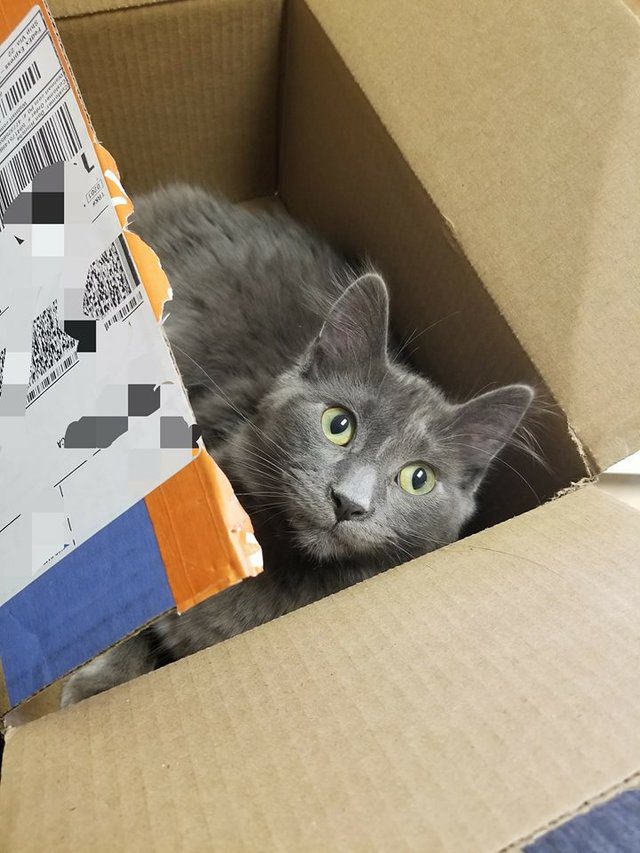 The Hinrichses do what they can to curb Negan’s passion and have been training him to stay down. They also started keeping a spray bottle around when they’re eating, but the little guy is just too determined.

“He tried to run off with a loaf of bread this morning,” Don wrote on Facebook a few days ago. 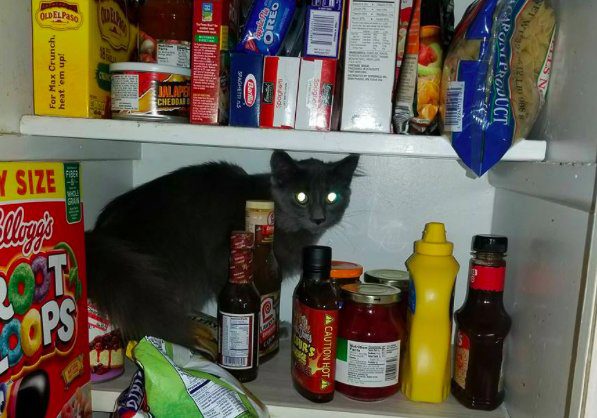 Don continues posting photos and videos of Negan and his animal siblings.

“It really makes our day whenever people tell us that Negan has brought a smile to their face — especially people who have lost fur babies of their own lately,” Don said. “You never know, we would really love to see him reach ‘Grumpy Cat’ status. I think it would be fun to be walking through the mall one day and spot my little buddy’s face on a T-shirt.”