Home
animals
Dog Had Been Grieving The Loss Of Two Fur Siblings, Then Owners Find This…

At first, Crosby’s owner thought the dog was handling the death well. He soon found out that he was lonely and longing for another forever friend.

Crosby is an amazing dog who is very loyal to his friends and family, but when Crosby’s owner came home from work, he was expecting his beloved dog to greet him at the door. Crosby was there, but instead of his usual happy self, he seemed to be trying to get his owners attention. His owner then followed Crosby to the bathroom.

“I have never seen this kitten before, and although I do have a doggy door, it is way too high off the ground for this baby to have snuck in. It seems to me that Crosby must have brought her inside. She has an uncanny resemblance to the kitty friend he lost six months ago,”

The man went to all of his neighbors and asked if the small cat belonged to any of them. They all said “No,” but mentioned having seen the cat hanging around a few times before. “I took the kitty to the vet to see if she was microchipped, and she isn’t. She was, however, spayed just a few days ago, and is thought to be about four months old.”

The shelter said they were at maximum capacity and warned that if the cat was left there, it may be euthanized. That’s when he decided to take the kitten home and welcome her to the family. The two have become best friends and are inseparable! 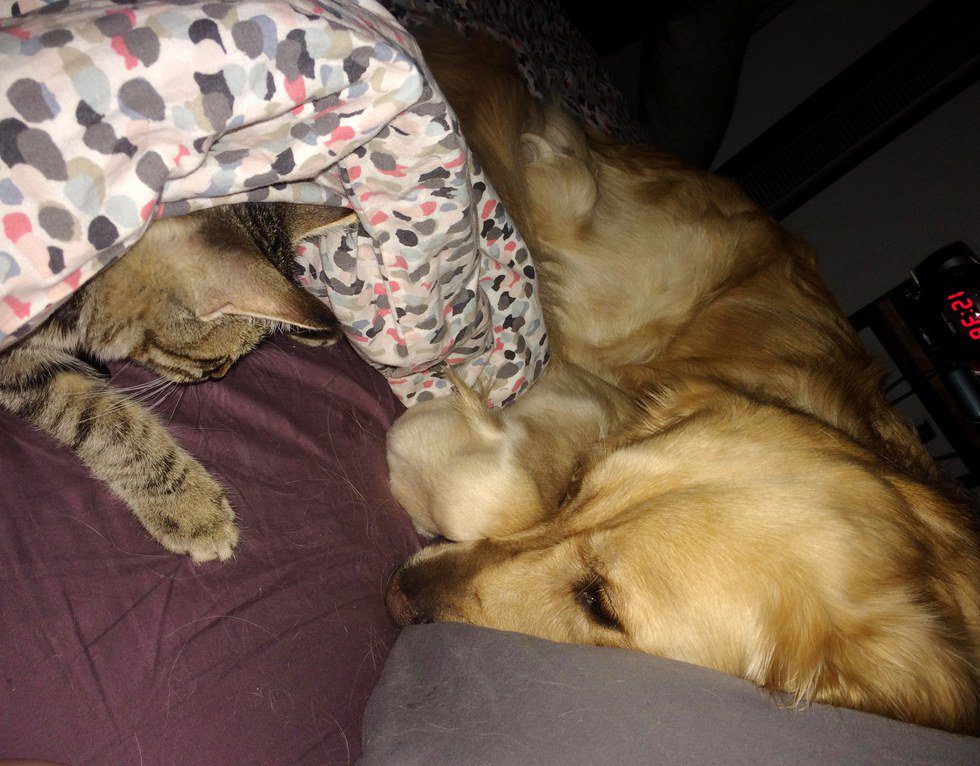 If you loved this story you’d love these videos of other cat-dog duos.