Home
animals
When Her Best Friend Became Trapped, This Loyal Dog Saved Her

This trapped dog was found alive after being reported missing for a whole week. In an incredible story of love and devotion between two pets, her rescue was made possible because of the undying loyalty of her faithful friend, who absolutely refused to leave her behind.

Tillie, an Irish setter-spaniel mix and her best friend Phoebe a basset hound had gone out for a walk together on the island of Vashon, Washington. When they didn’t come home, their worried owner began looking for them, but couldn’t find them anywhere.
He then contacted Amy Carey, a volunteer with Vashon Island Pet Protectors, for some help. They searched the area for days and there was no sign of either dog.

There was no way of knowing that Phoebe had fallen into a cistern located deep in an isolated ravine a few miles away from home, and she wasn’t able to climb back out.

Phoebe certainly would have died before anyone found her had it not been for what Tillie did next. 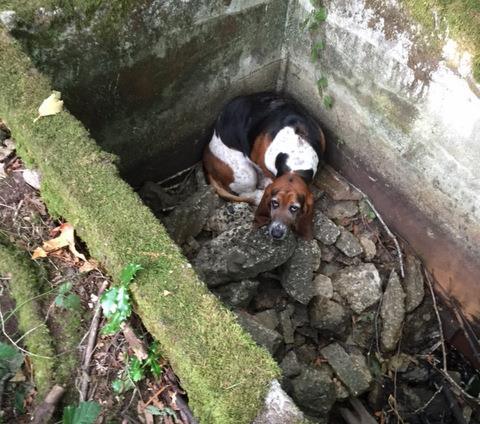 “We had been out looking for about a week when we heard from a farmer here who noticed a reddish dog on his property,” said Carey. “She had quietly approached him, and when she got his attention, turned around and headed back toward this ravine nearby. I decided to go check it out.”

That is when Carey saw a sight that she’ll never forget.

“When I got there and looked down, Tillie saw me but didn’t come running up,” said Carey. “She just stayed near the edge of this cistern, pressed with her head as close as she could get. Had she run up, we might have never realized that Phoebe was down there. She just stayed put, making it so clear that I had to come to her so I would see her friend.”

And sure enough, there was poor Phoebe, all worn out from her long ordeal.

“When I saw what was happening, tears were immediate. It was just so touching,” she added. 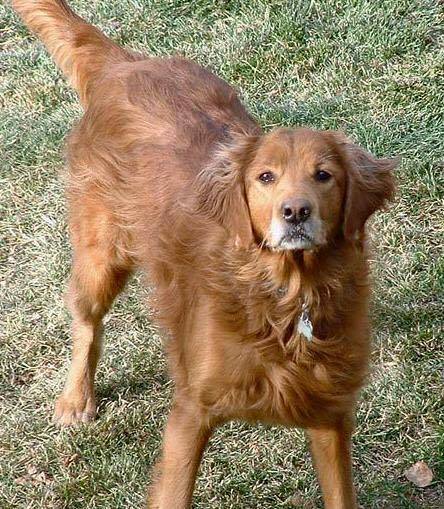 “Unbelievably, both of the dogs were in good health. They weren’t dehydrated thanks to a showering of rains that had fallen over the week that they were missing. And they didn’t need words to express how excited and thrilled they were to have been found at last.”

“Once they got out, they were happy as clams. Tillie was so relieved. When the owner came to get them, they heard his voice in the distance, you could just see their relief. They just started wiggling,” said Carey.

“It was very touching, but in a way not surprising given what we know about dogs as loyal friends. We were just so very grateful to find them safe.”