Meghan Specksgoor of Midlothian, Virginia, has often let her dad watch Chance the dog, the shepherd mix she adopted two years ago. Chance is used to his grandpa spoiling him.But when she dropped 4-year-old Chance off to stay with his grandpa, he made sure to show how much fun they were having without her. 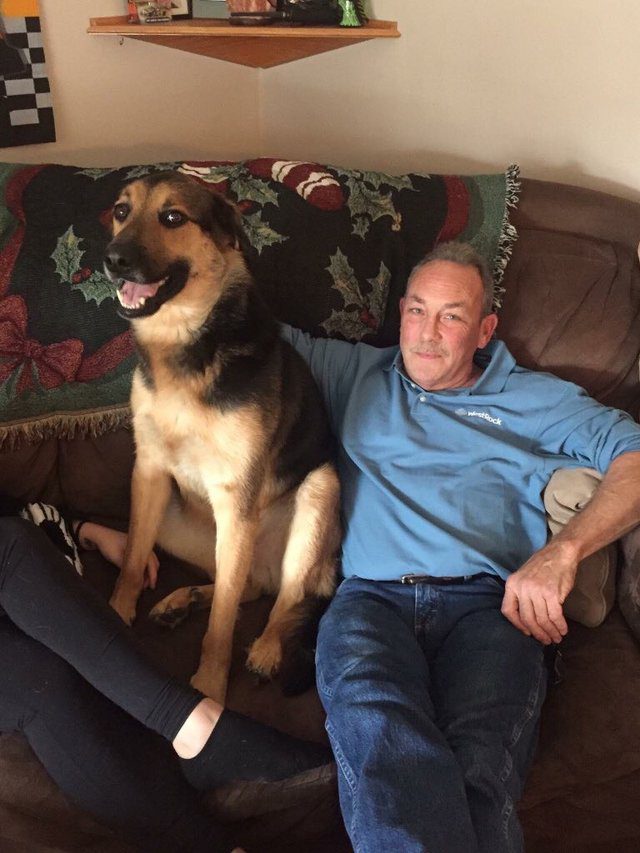 Chance sent a text to his mom when the two went on an array of adventures. Chance sent a pic from each new place he traveled,

Grandpa brought Chance to the nail salon, then to the park for a picnic, and then to the ice cream shop for a pupsicle. 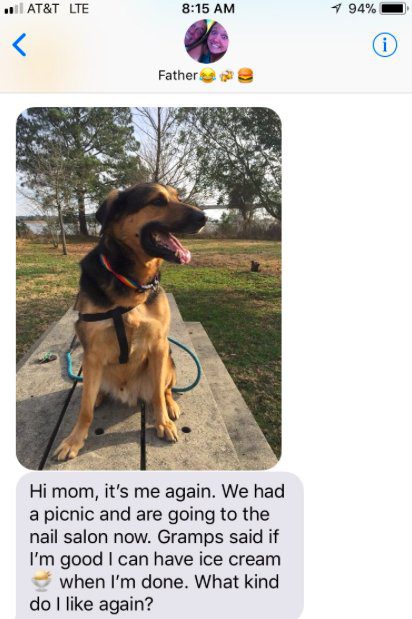 Later they were hungry and began searching to see what the best options were for takeout. 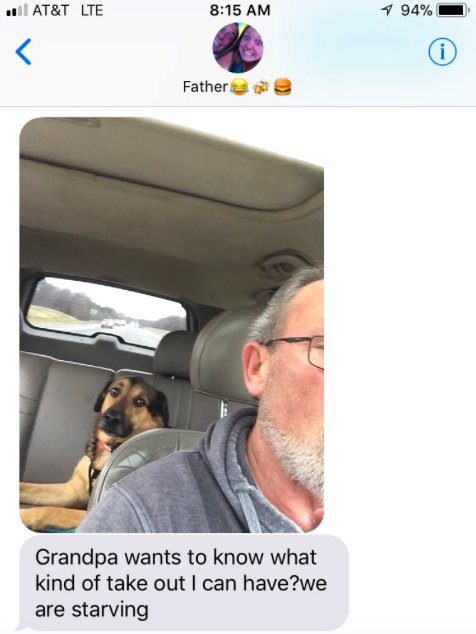 Chance let his mom know they should really start going over to Grandpa’s house more. 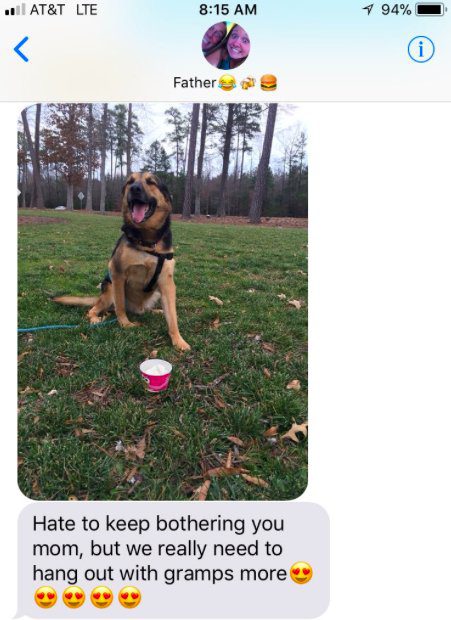 Chance snuggled up in his grandpa’s bed and made sure to tell his mom good night. 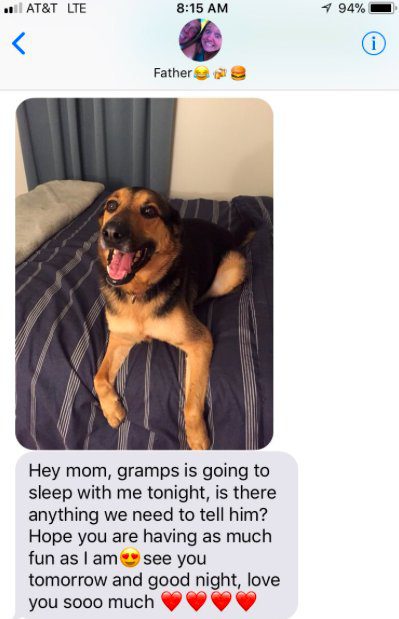 “I couldn’t stop laughing at the texts,” she said. “He’s been begging me for a grandchild and I always respond that he will only get grandpups from me because I don’t want children right now. So this is how he jokes about not getting grandbabies.” 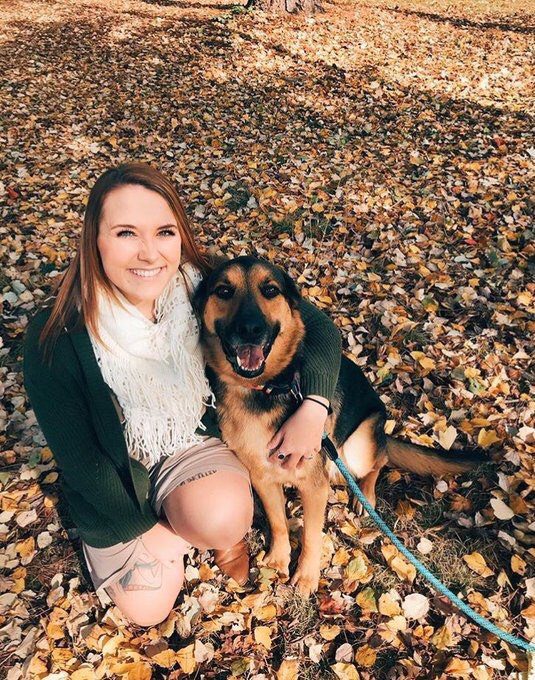 “As funny as it was, it is also super comforting to know that my baby is being taken care of so well,” Specksgoor added. “He is literally my entire world.”

Chance is lucky it’s not just his mom who feels that way about him. 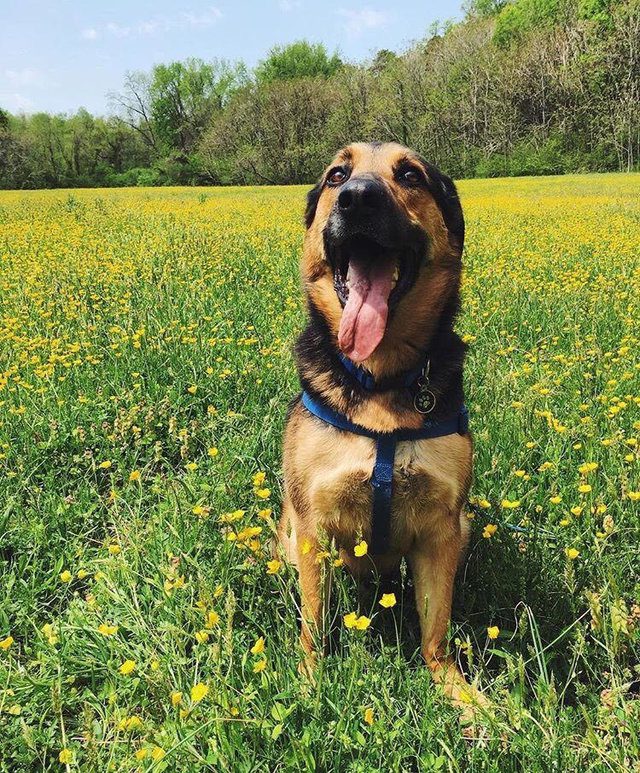 “My dad lets him do whatever he wants and he gets so many snacks and treats when he’s there,” Specksgoor said. “Just like a real grandchild.”