When an old man in Russia passed away, his dog was given to the last people on earth who should have ever owned a pet.

Over the course of the next year, this Bobtail dog was neglected by his new owners and supplied with just enough food and water to keep him breathing. His thick coat, which desperately needed regular grooming, became so heavily matted that he could barely walk.

After 12 nightmarish months, rescuers heard about the poor dog, rescued him to safety, and named him Cocos.

Bobtails are a breed of Old English Sheepdogs that grow a particularly thick coat. It took six workers several hours to shave Cocos and groom him properly, only to reveal abscesses and sores underneath. The workers filled several liter-bags with his matted hair!

Finally, the beautiful pup buried underneath all that fur was freed.

Miraculously, Cocos found a loving forever home with a woman named Elena, who helped him make a full recovery. She was reportedly very familiar with Bobtails and provides him with everything he requires — plenty of exercises, lots of attention, and of course, regular grooming sessions.

Just wait until you see what Cocos looks like today…

After an old man passed away, his Bobtail dog was given to a new family who neglected him for 12 months. His fur grew so matted he could barely walk or breath. 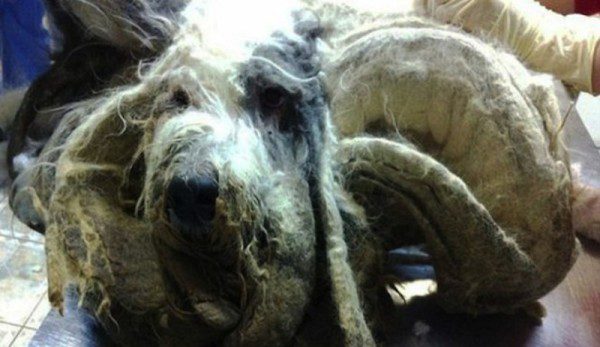 Bobtails are an Old English Sheepdog known for their particularly thick coat of fur. Not only do they require lots of exercise and attention, but also regular grooming. This poor dog, as you can see, had none of that. He was suffering. 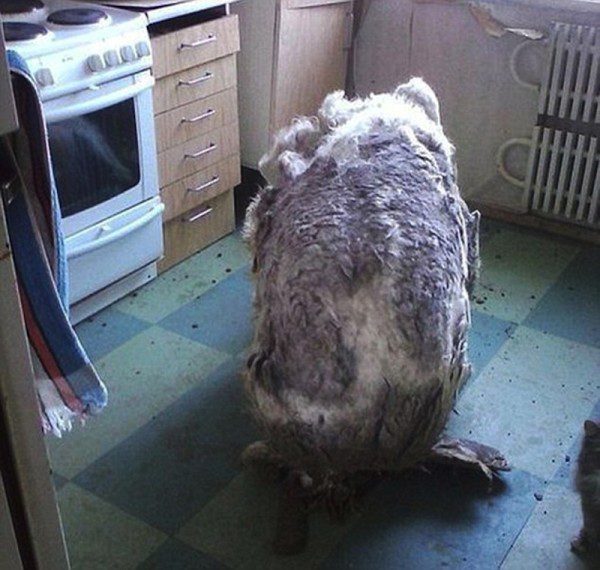 Rescuers named the dog Cocos. He was in such poor shape that he was barely recognizable as a living, breathing creature. Buried deep within his fur was a soul who needed love — and fast! 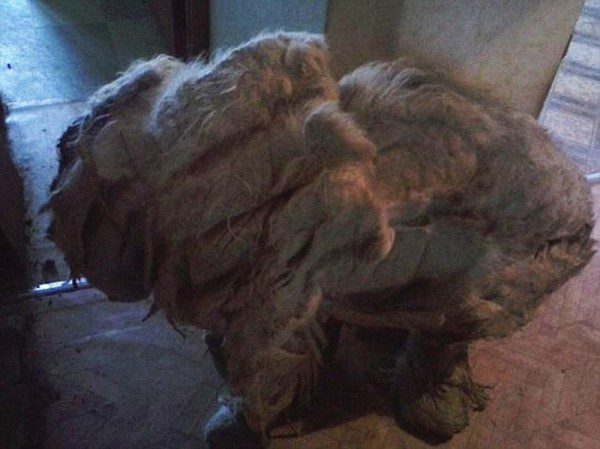 Back at the medical center, six staff members worked tirelessly for three hours to shave down the matted Cocos. Underneath, they found sores and infections from the extended period of neglect. But he was going to be okay. 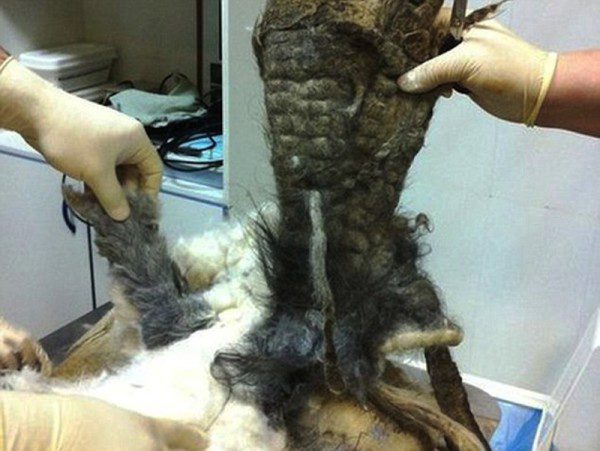 He’s under there, somewhere… 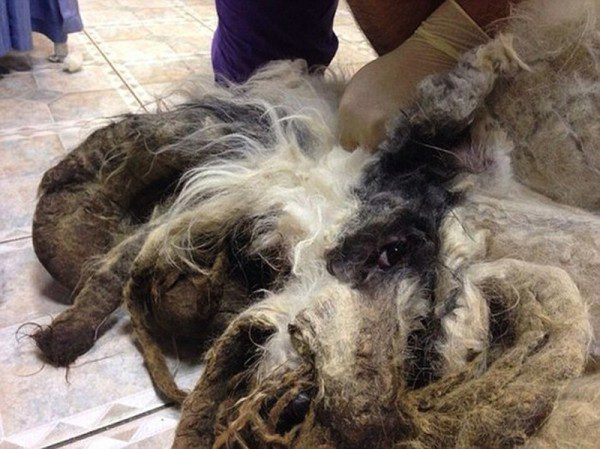 …And look at this transformation! Hours later, Cocos face was finally unveiled, and he could move again. Now, all he needed was a new home that would truly love him. 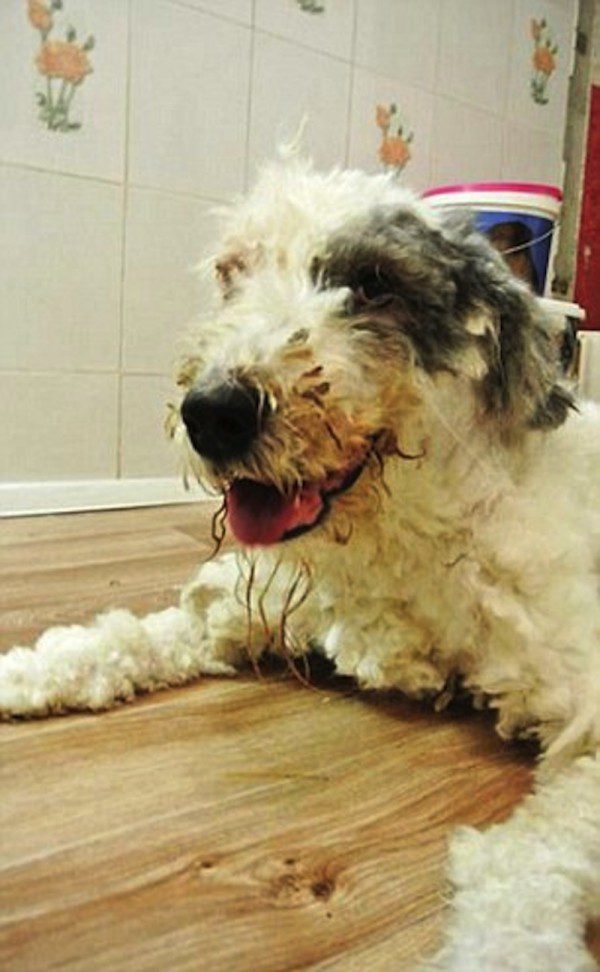 Enter a woman named Elena, who adopted Cocos and gave him that forever home. She was reportedly very familiar with Bobtails and was able to provide him with exercise, attention, and regular grooming sessions. Also, comfy shorts! 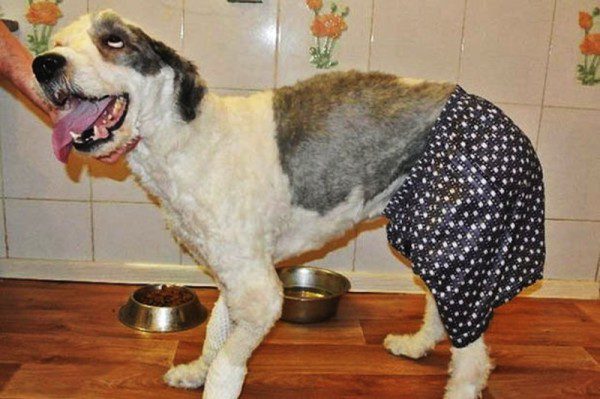 Underneath those layers of neglect was a gorgeous mane of fluffy grey and white fur. Cocos made a full recovery. Thank God he never gave up on humanity! 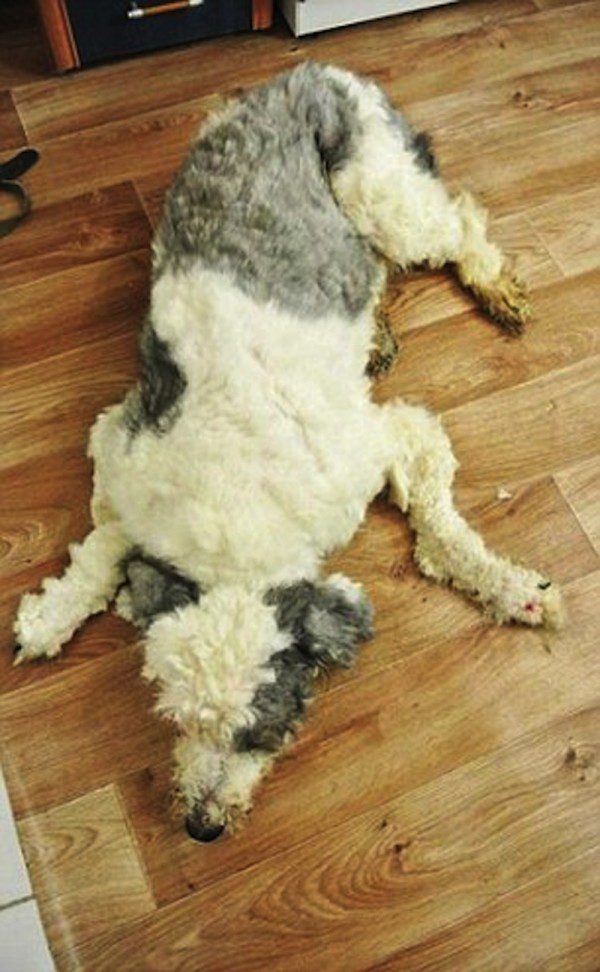 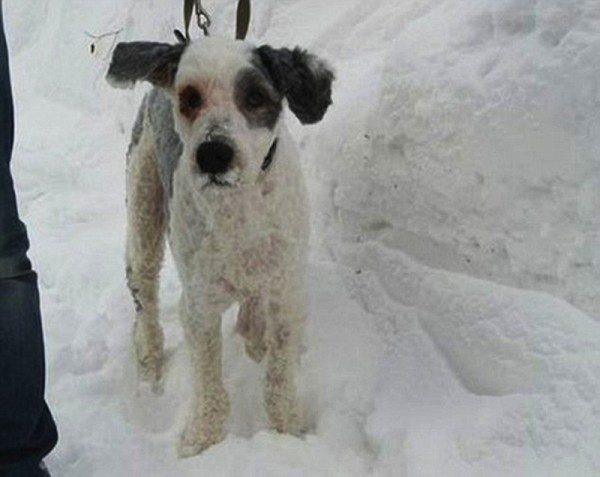