Home
animals
As Controversial Bullfighting Continues In Mexico, One Bull Shows His Matador Who’s In Charge

The gory and gruesome sport of bullfighting, still popular in Spain and many Latin and Central American countries, dates all the way back to ancient Mesopotamia. The tradition of sacrificing bulls was later carried into Greece and Rome and eventually spanned out to Mediterranean countries and Spain.

But controversy about the sport – in which the matador (which literally means “killer” in Spanish) plunges mini-harpoons into a bull in a ring until the animal falters and is finally killed – has been longstanding. In modern times, more and more animal protectionists are speaking out about its cruelty, and how it normalizes animal abuse as “entertainment.” 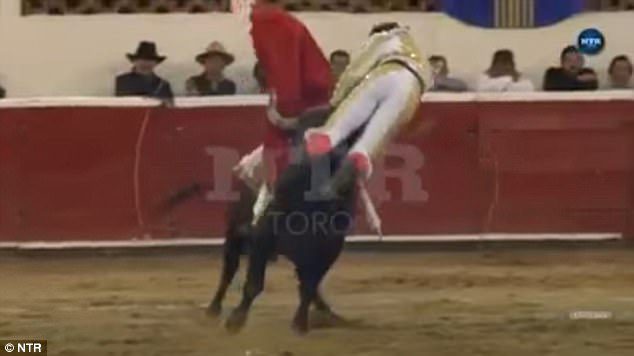 Nonetheless, bullfighting continues to be very popular in countries like Mexico, where one young matador learned exactly how the bull must feel when he entered the ring recently during the Santa María de Querétaro festival. 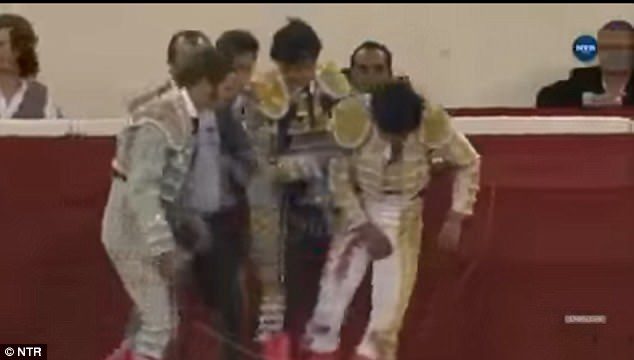 Captured on video, Luis David Adame was caught right at his crotch (which, based on his pictures in skintight matador pants, is nothing to sneeze at) and tossed in the air by his antagonist bull as soon as he entered the ring, waving his red cape. 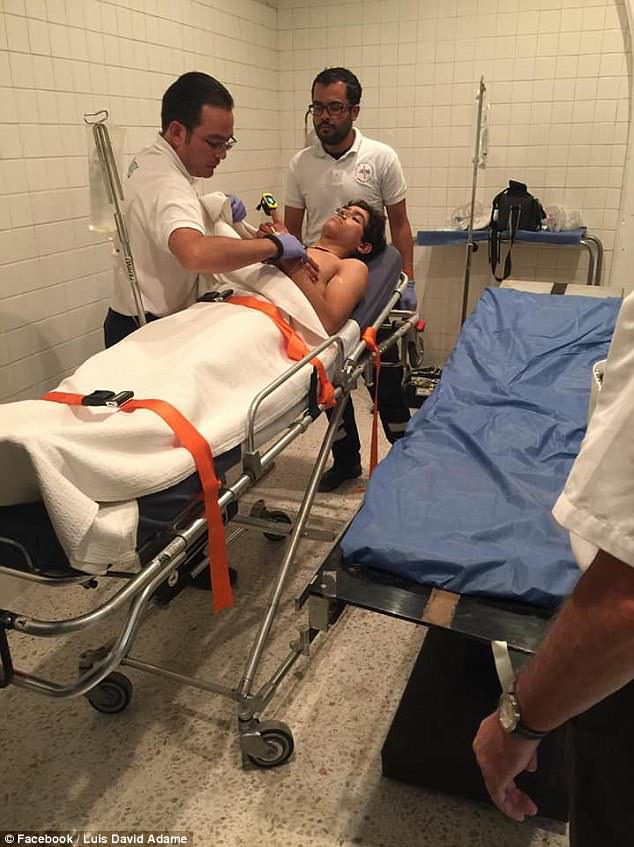 When he landed, blood was gushing through those tight white pants, and the bull was distracted so that Adame could be carried off the field and straight to an on-site infirmary.Fortunately for the young man, he is expected to make a complete recovery, and within days of the horrific accident was tweeting his adoring fans that he’d be back soon. 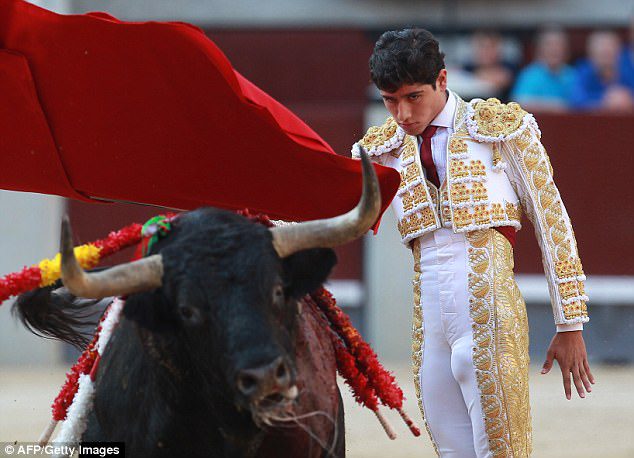 The bullring at Santa María markets itself as “keeping alive the ancient bullfight tradition brought by the Spanish to the new continent,” and clearly, the sport still enjoys a large and appreciative audience. But at least one bull showed a torero – Spanish for “bullfighter” – exactly how it feels on the other end of the sword, and it’s a lesson that Adame isn’t likely to forget anytime soon.