While a woman was walking her dog, she spotted a young horse collapsed in a field. She knew the horse needed help, so she immediately contacted the RSPCA.

“Poor Adie was just lying there in the middle of this enormous bare field,” Rosie Russon, an inspector with the RSPCA, said in a press release. “The ground around him was churned up where he had obviously been struggling to get himself back up after collapsing to his feet, but he had become so weak he could barely lift his head; it was very sad to see.” 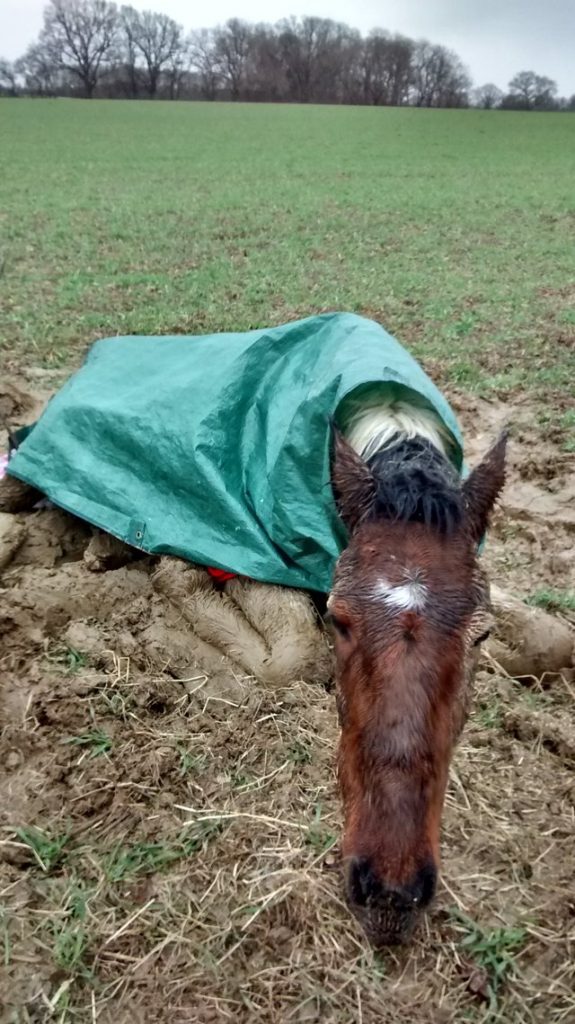 Adie was so ill that he could not possibly have made it up to the field on his own, meaning someone had brought him there and abandoned him.

Russon knew she needed help getting Adie to safety, so she contacted a local vet to come and help transport the sick horse. Russon had brought some water and hay along with her, and she offered that to Adie. 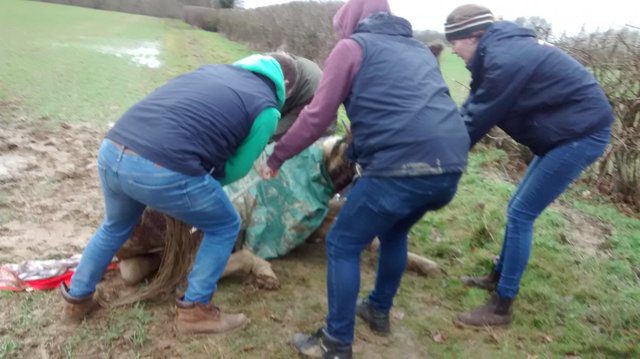 “He really was just minutes from death so he is extremely lucky the dog walker found him when they did and called us,” Russon said.

It was a very cold day outside, so in order to help warm Adie up, the dog walker wrapped dog blankets over him to help shield him from the wind. A small crowd had gathered, all eager to help get Adie to safety and save his young life. 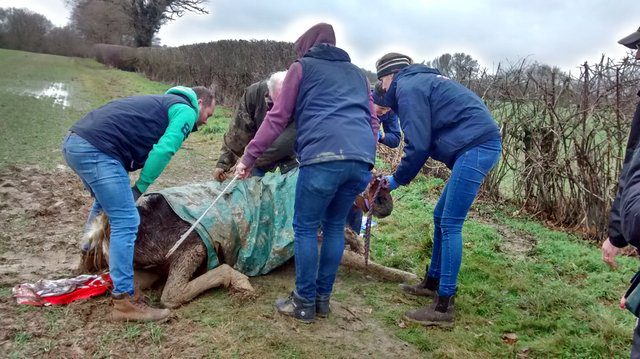 “A local horse rider who had passed us beforehand then appeared on foot, bringing us a horse rug from her own yard, and we used this as a sling to raise Adie to his feet,” Russon said. “It was by no means an easy job, but between nine of us, we managed to haul him up and keep him steady. The kindness of these people was very moving.”

When the vet arrived, and with the help of everyone who had gathered, they were able to slowly walk Adie down the path that led out of the field. A trailer was waiting to transport him to boarding stables for intensive care. 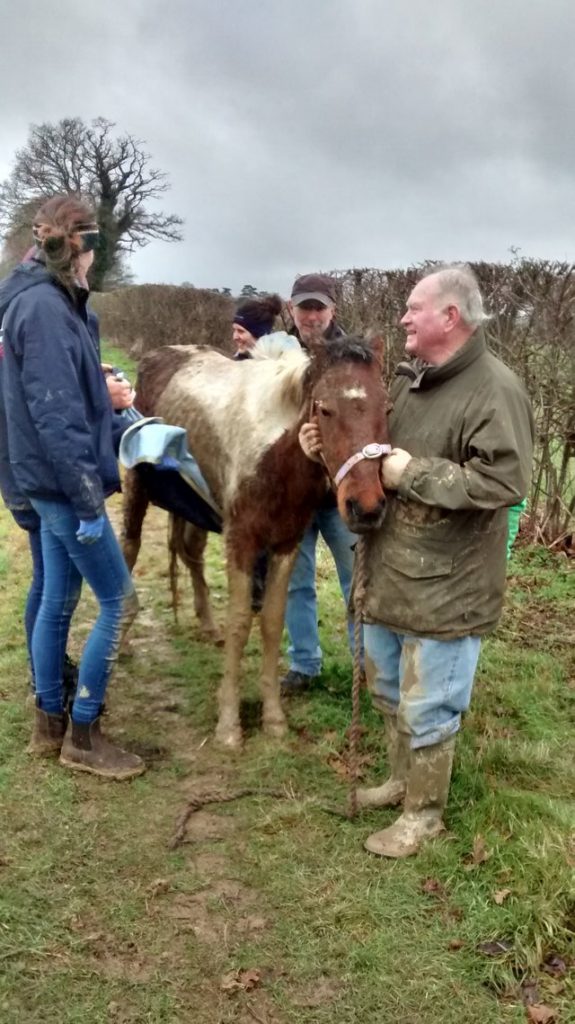 Adie was checked out by a vet who said that his road to recovery wasn’t going to be an easy one. He was incredibly sick, he had a terrible case of worms, and even as he made progress, he had several setbacks. A month after his rescue, it seemed that Adie was out of the woods, and would hopefully go on to make a full recovery. 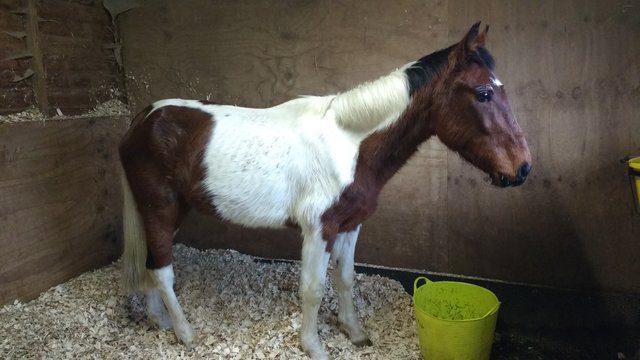 “He is still being treated with steroids and receiving parasite treatment to clear him completely of all those worms that were making him so ill, but he’s through the worst and hopefully before long we can look to find him a loving new home,” Russon said. “He’s a beautiful Standardbred horse who will be fairly tall when he’s fully grown, so he will be the perfect riding horse for someone one day.” 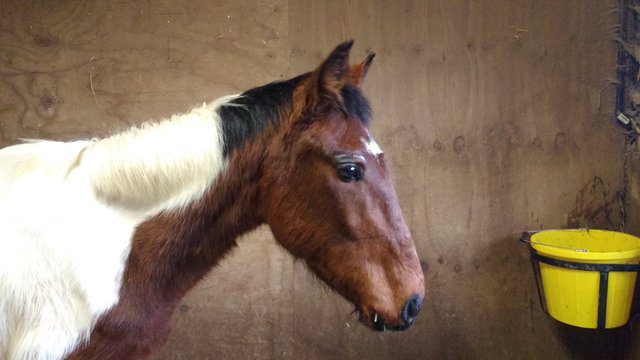 Adie had been microchipped, but the information was out of date. The RSPCA is still searching for the person who so cruelly abandoned him. Anyone with any information is urged to contact them. In the meantime, they will continue to help him along his road to recovery, and he will hopefully find his loving forever home soon.