Dogs may not have the ability to speak our languages, but domesticated dogs have developed ‘signals’ to help them communicate with humans.

A new study has discovered that when dogs see an angry face, they tend to lick their lips as an immediate response.  Animal behavior researchers believe this may be linked to the dogs’ perception of human emotions. It is their way of acting as a way for them to communicate in response to visual cues of anger. 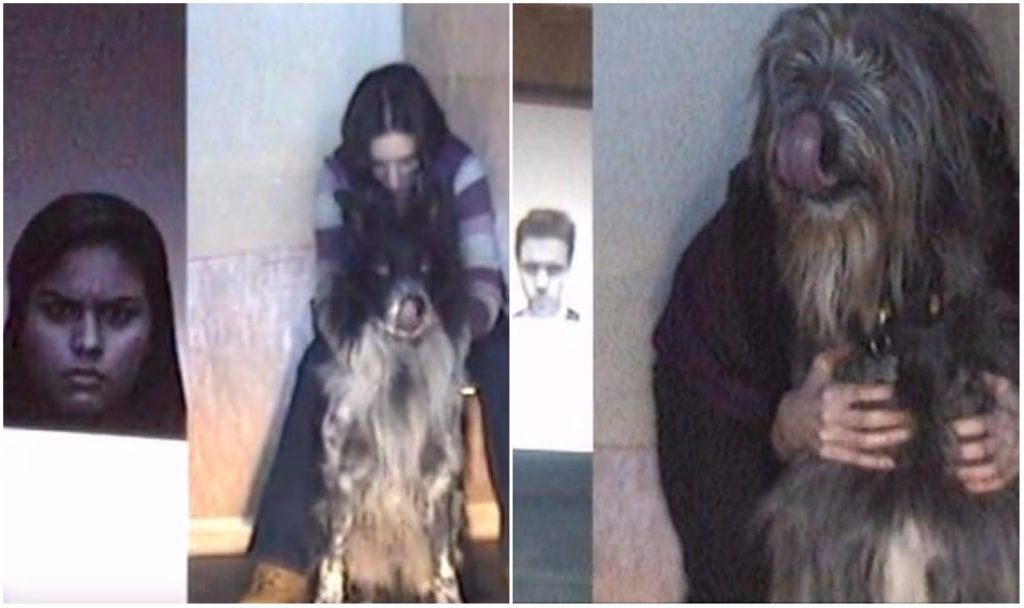 Dogs were shown two facial expressions (one positive and one negative, from the same individual) in the study. When they saw an angry face, they discovered that dogs tend to lick their lips as an immediate response.

Mouth-licking has been associated with the presence of food or even feelings of uncertainty; new research suggests it may also act as a signal.

The study was conducted by researchers from the UK and Brazil. In the study, dogs were shown two facial expressions (one positive and one negative, from the same individual), and exposed to positive or negative sounds.

The images or sounds involved humans, while others involved dogs in this trial.

The researchers found that dogs responded to angry human faces with mouth-licking.

”Mouth-licking was triggered by visual cues only (facial expressions),” said lead author Natalia Albuquerque, from the University of Sao Paulo.

“There was also a species effect, with dogs mouth-licking more often when looking at humans than at other dogs.

“Most importantly, the findings indicate that this behavior is linked to the animals’ perception of negative emotions.”

The behavior may have arisen through domestication according to the researchers. Several of the most recent studies found evidence that dogs may have a functional understanding of emotional information.

According to a published study, dogs do use ‘puppy eyes’ to pull at our heartstrings.

Many dog owners already know that. Their pets raise their brows when they know they’re being looked at, and make their eyes appear bigger. 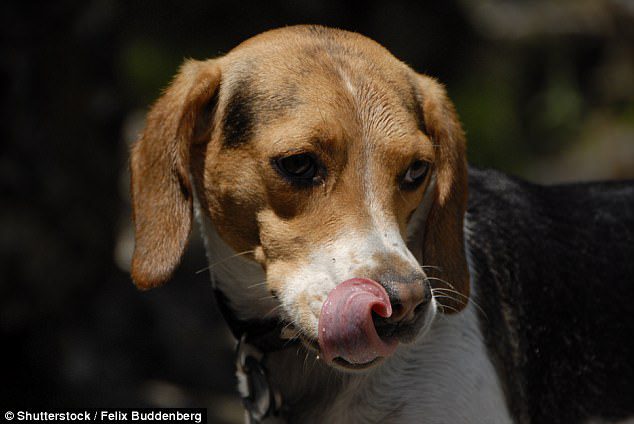 Mouth-licking has been associated with the presence of food or feelings of uncertainty, the new research suggests it may also act as a signal.

The new study can help us to better understand dogs’ “emotional world.” The findings further support the idea of emotional communication between dogs and humans.

“Humans are known to be very visual in both intra and inter-species interactions, and because the vision of dogs is much poorer than humans, we often tend to think of them using their other sense to make sense of the world,” co-author Professor Daniel Mills of the School of Life Sciences at the University of Lincoln.

“But these results indicate that dogs may be using the visual display of mouth-licking to facilitate dog-human communication in particular.”