Home
animals
Dog Who Waited In Shelter For 7 Years Finally Gets Happy Ending, Thanks To Facebook Post

In 2010, a frightened and very pregnant Jack Russell puppy wandered into a woman’s yard just outside Wicklow, Ireland. The woman rushed the traumatized stray to the vet and as soon as they arrived, she started giving birth. Sadly,  none of her puppies survived, but the young dog had finally found safety. 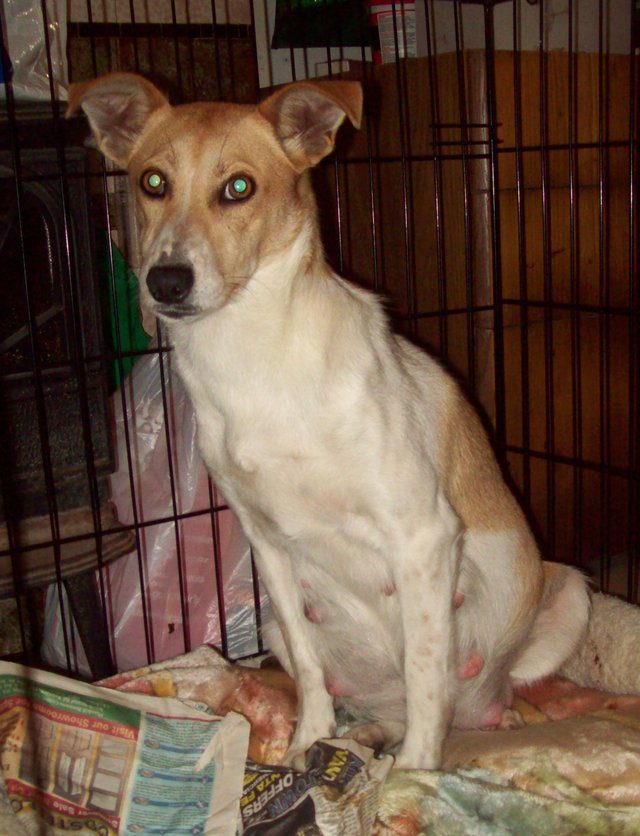 “She was in a state of total terror [when she arrived],” Helena Le Mahieu, of Ash’s Animal Rescue, said. “When my husband wrote the rehoming information sheet for her, he wrote ‘Angst’ where her name should have been.” The Le Mahieus began the slow process of socializing the trembling dog.

“We changed her name ‘Angst’ into Angel, only two letters in the difference,” Le Mahieu said. “For days she wouldn’t leave her small area. We spent a lot of time just talking to her, sitting outside her kennel.”

It took patience, love and plenty of food before Angel began to trust her caretakers, even allowing them to put a collar and leash on her. 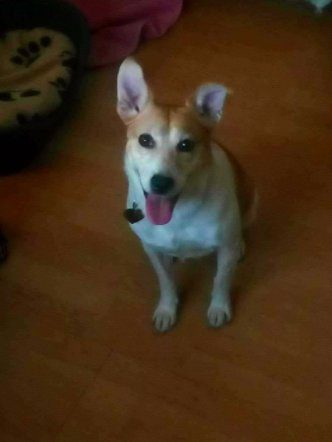 Angel became more comfortable with people and other animals as the years passed. Rehoming the most difficult dog the rescue had ever seen became a viable option.

“She was so deeply traumatized by what happened to her,” Le Mahieu explained. “We had often advertised her on our website and on our Facebook page, but whenever people came to meet her, they just couldn’t understand that Angel needs time to make new friends.”

After nearly her entire life, 7 years, Angel’s rehabilitators had all but lost hope that she would ever find a home to call her own. For the sweet pup’s sake, they decided to make a direct appeal to the social media community.

“Angel is a beautiful, gentle soul. She is a lovely girl, good with other dogs who loves cuddles and short walks. When she gains trust, she loves unconditionally,” the post read. “Angel’s dream home would be one with another dog to keep her company and to show her that the world is not so scary.”

To everyone’s surprise … the social media post worked.A a young couple from Dublin,

A young couple from Dublin, Sarah and Cian Morris, saw the appeal and knew they could make a difference in the shy animal’s life.

“The thought of her being there for so long broke my heart,” Sarah Morris said. “We had one dog at the time, so we thought, ‘Why not add another to the family, especially one who really needed a family!’”

But it was not all smooth sailing, their jobs as a primary school teacher and personal trainer gave the couple the flexibility to visit Angel frequently over the summer. 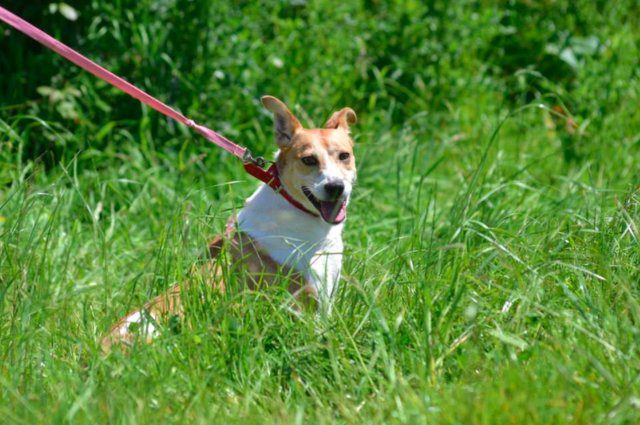 “We went down to visit Angel the next day, and it wasn’t exactly a perfect start. We brought her for a walk and she escaped from her lead and ran back to the sanctuary,” Morris said. “I think it was then that we realized how anxious and scared she was and how hard it would be to gain her trust.”

For the next two and a half months, the Morrises drove over an hour to the rescue twice a week to get to know Angel. They wanted to give Angel a proper chance to know them. After many long walks, Angel got in the Morrises’ car and left the only place she had known as home.

This was our first trip to the park after we brought Angel home. She was so happy and content to sit and enjoy the sunshine! She always gets so excited when we get to the park ? #dogs #dogsofinstagram #pets #petsofinstagram #rescue #rescuedog #adoptdontshop #angel #ashanimalrescue #puppy #happy #sunshine #walkies #park

This time, things were different.

“She was a different dog as soon as she walked in the door of our house. We had anticipated lots of anxiety, but she showed none,” Morris noted. “Instead, she was inquisitive and happy to be in the house. She had no problem checking out all of the rooms, and was very soon asleep in the other dog’s bed, snoring away!” 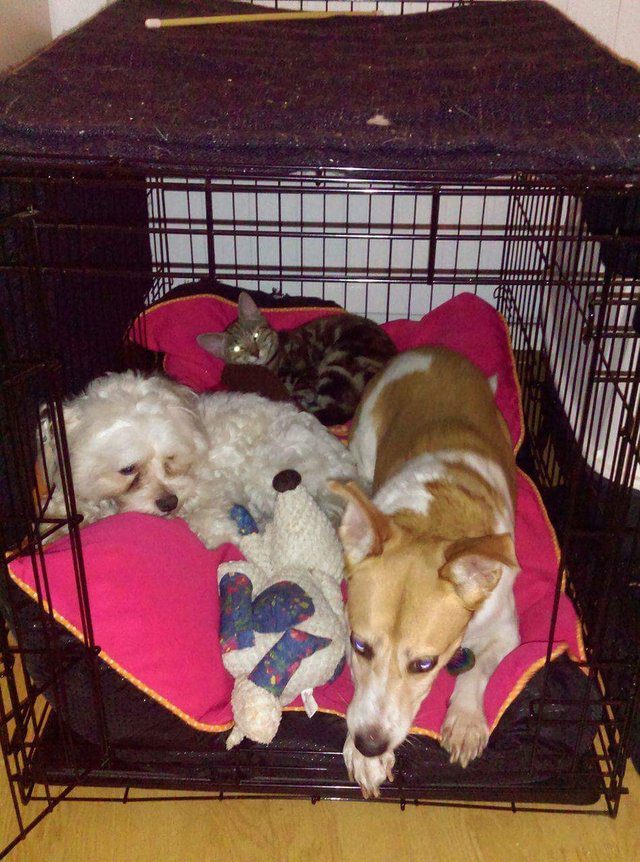 Loud noises still spook her, but Angel has left behind that terrified puppy of seven years ago, transforming into a gorgeous, happy dog. It’s clear her parents adore her and relish all her snuggles. 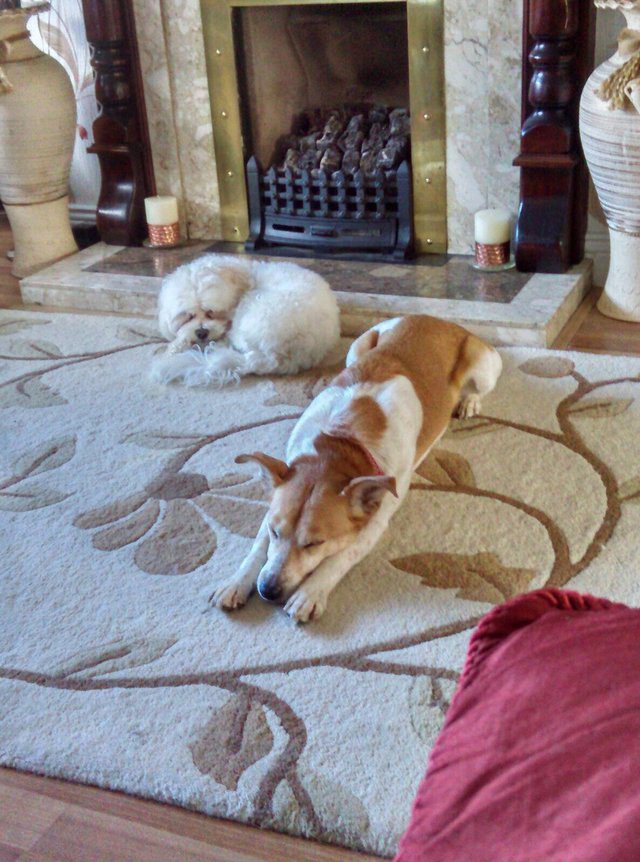 “Her tail never stops wagging and it makes the house a very happy place to be,” Morris added. “Coming home to her reminds me that everyone and every dog has their place in the world, and it’s never too late for them to get their chance!”