A woman was removed from a flight after an airline refused to let her fly with her ’emotional support squirrel’.

Frontier Airlines got the police to escort the woman off the plane after she brought the rodent onto the flight from Orlando to Cleveland last night.

The passenger told the airline in her reservation she would be boarding with an animal, but she was taken off the plane because the firm did not know it was a squirrel, according to FOX8.

She was told of the airline’s policy but refused to leave when asked by staff and so Orlando Police was called to remove her while every passenger was also forced to disembark.

Frontier says from next month the company will only allow emotional support cats and dogs on its flights.

A spokesman for Frontier told ABC News: ‘The passenger noted in their reservation that they were bringing an emotional support animal but it was not indicated that it was a squirrel. Rodents, including squirrels, are not allowed on Frontier flights.

‘When she refused to deplane Orlando Police were called and requested that everyone is deplaned so they could deal with the passenger.

‘Police eventually escorted the passenger off the aircraft and took her to the main terminal.’

Passengers complained of having to wait two hours while the woman was escorted off the jet by police. 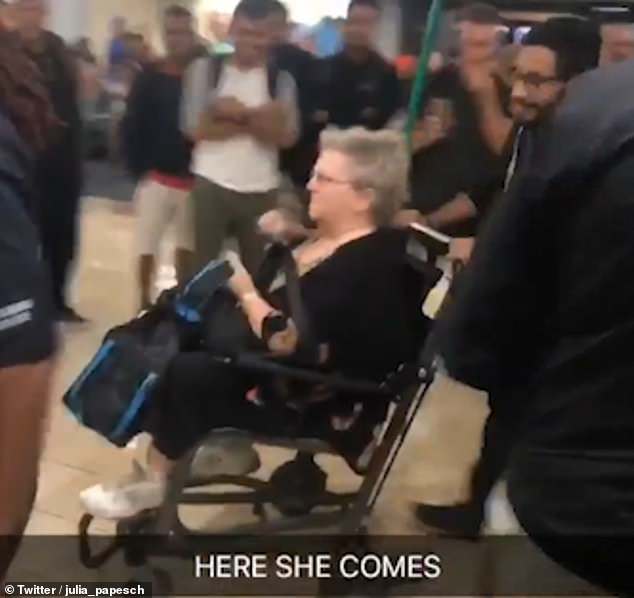 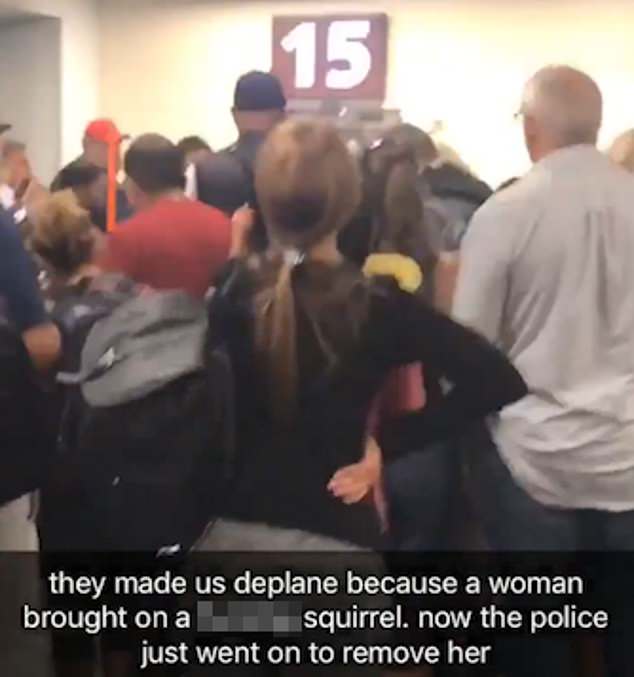 Julia Papesch tweeted alongside a clip of police taking her off the plane: ‘I just want everyone to know that all passengers had to deplane my flight to Cleveland because a woman brought a SQUIRREL ON THE PLANE.’

She added in a Snapchat clip: ‘They made us deplane because a woman brought on a f****** squirrel. Now the police just went on to remove her.’

Ken Casparis tweeted: ‘Flight 1612 from to Cleveland was just deplaned. Word in the terminal is that a woman was claiming her squirrel was a dog and wouldn’t get off the plane. Now if this isn’t the most Florida thing I’ve ever seen…’

Another passenger added: ‘Well they just delayed a flight from Orlando to Cleveland for a squirrel. So you’re saying, somebody had gotten this approved?’ 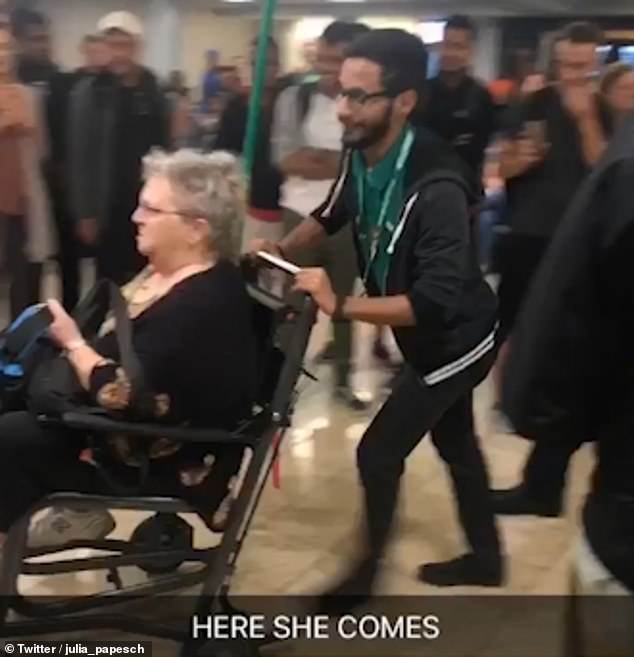 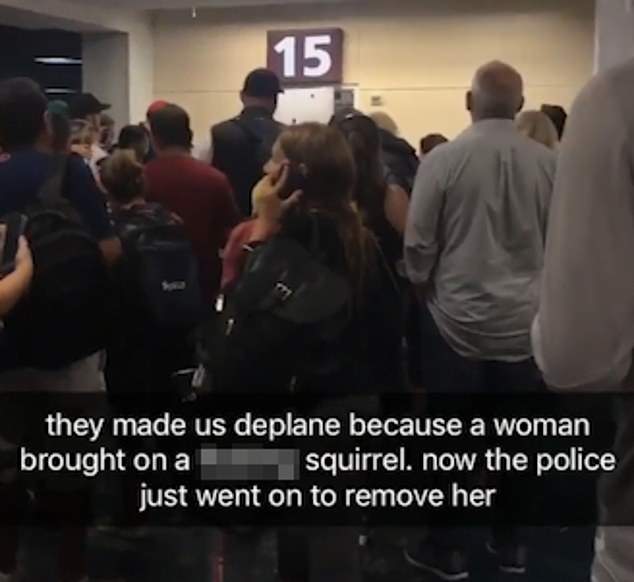 According to its website, Frontier’s policy on support animals states: ‘We do not accept unusual or exotic animals including but not limited to rodents, reptiles, insects, hedgehogs, rabbits, sugar gliders, non-household birds or improperly cleaned and/or animals with a foul odor.’

Other airlines have also cracked down on what animals qualify as emotional support pets, such as Delta Airlines who said in January it would thoroughly vet passengers’ trying to fly with various exotic animals.

A spokesman for Delta said some passengers in the past had tried to get ‘comfort turkeys, gliding possums known as sugar gliders, snakes, spiders and more’ on to flights.

In January, a woman tried to bring a peacock on board a flight in Newark, New Jersey, and in Florida this year, a man was evicted from his apartment because his squirrel did not qualify as an emotional support pet. 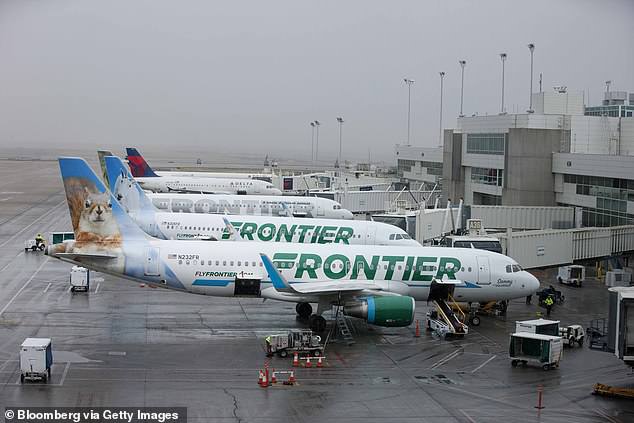