Milagro Muñoz Araya had never seen a dog so devoted to her owner.  Araya and her husband had stopped their car near the vet hospital where Araya works in Guapiles, Costa Rica when they spotted a little blonde dog. The little dog was running back and forth across the road, narrowly dodging cars.

“When I saw that the dog was running from one side to the other very nervously, I knew she was trying to tell us something,” Araya said. “So my husband and I parked the car to see what was wrong with the poor dog.”

Sure enough,  the dog led them to a man lying on the ground with a cane next to him. 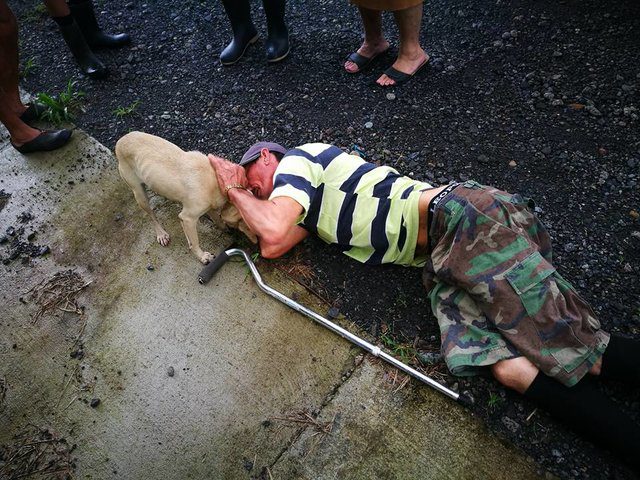 “My husband and I immediately ran up to the man, and the dog ran with us to where the man was and she started licking him nonstop,” Araya said. “My husband called the ambulance.”

The dog stayed by her owner’s side even when it began to rain.

“She never abandoned him,” Araya said. The ambulance arrived, medical officers lifted the man onto a stretcher and loaded him into the vehicle and the dog jumped in too. 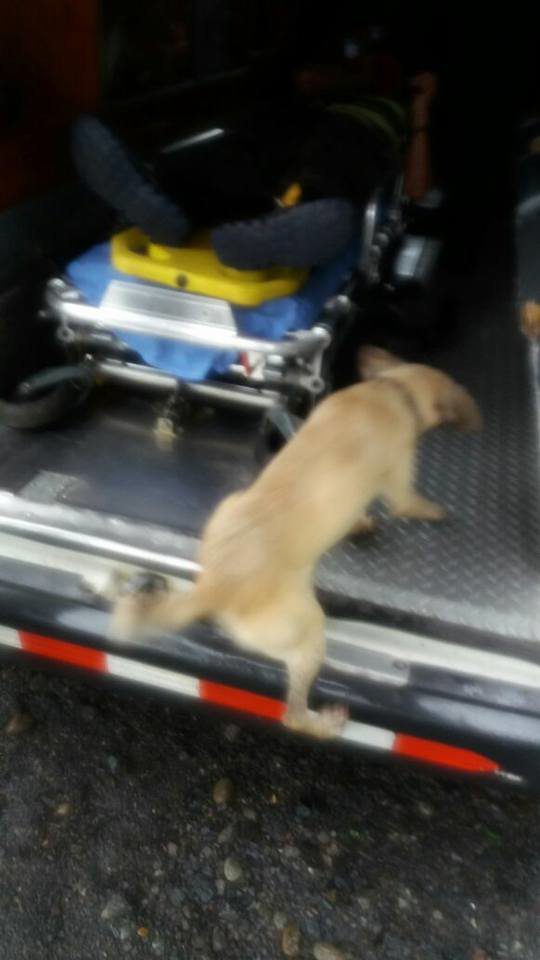 “She immediately went right to where her owner was in the ambulance and she rested her chest on him like you see in the photos,” Araya said. “The paramedic let the dog say bye to her owner, but later we had to bring her down because she was not allowed to stay in the ambulance.” 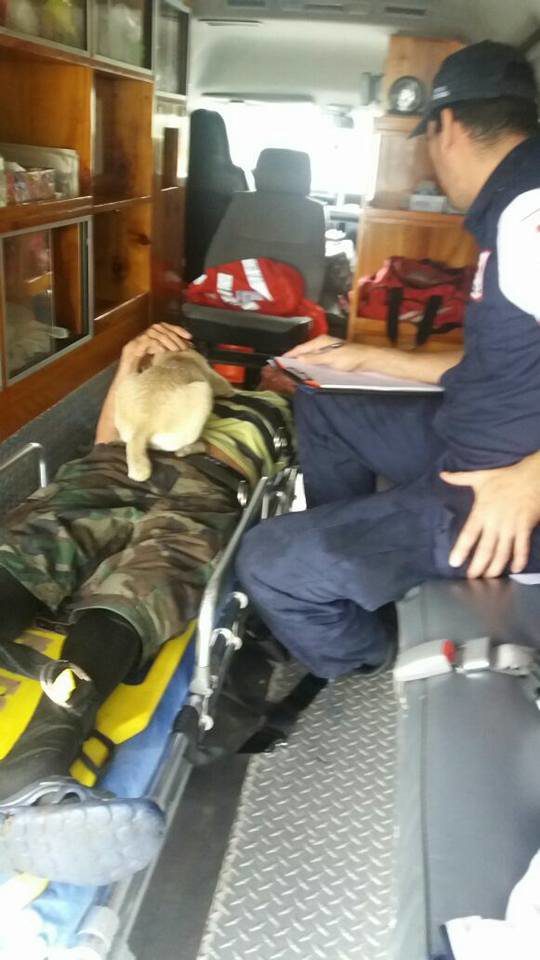 Araya posted photos of the incident on Facebook — and the post went viral. A few days later, Araya went back to the same neighborhood to check on the man, who’d been released from the hospital.

“A man took me to where the man and the dog lived,” Araya said. “They were living in a box in a van. They’re very poor.”

Araya introduced herself to the man, whose name was Don Jorge and his dog Chiquita, which means “little girl” in Spanish. 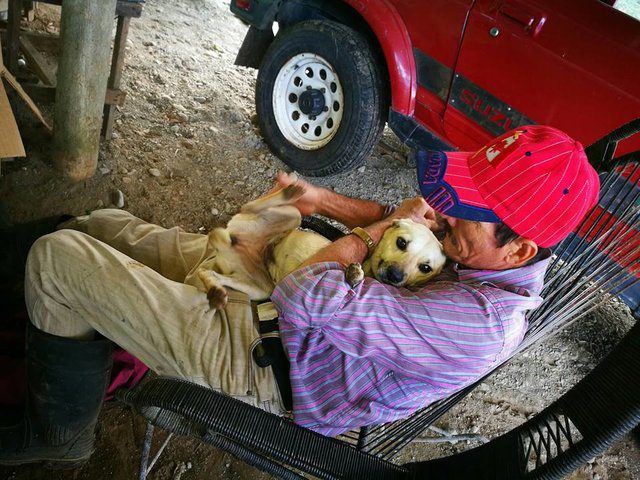 “I was very happy to see they were OK,” Araya said. “But at the same time, I was sad to see them living in such horrible poverty. The man has a problem with his leg, which keeps him from being able to walk to buy his medicine. He has a neighbor with a big heart that gives him food and washes his clothes.”

Jorge also had Chiquita. If Jorge ever gets into trouble again, Araya is sure that Chiquita will do everything she can to rescue her owner. 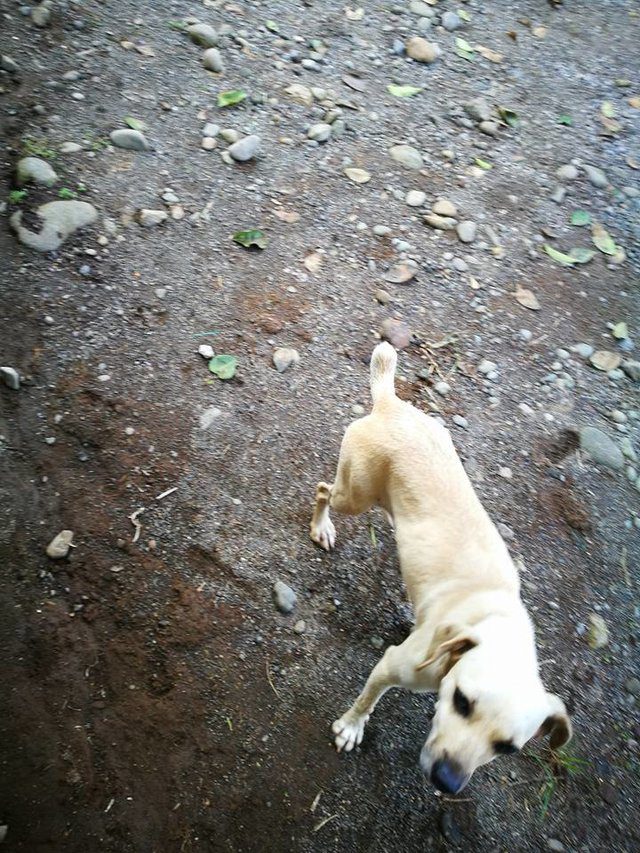 Araya is a vet and decided to do one more thing to help, she’s going to take Chiquita into her clinic to be spayed, vaccinated, dewormed, and have her blood tested.

“I think it is very important that people know these kinds of stories so that people become aware of caring for animals,” Araya said. “Animals are defenseless, good-hearted beings who need us to take care of them. And they shouldn’t be mistreated.”