Photographer Brooke Goldman was taking a walk on a nippy autumn sidewalk in New York City. Her boyfriend had travel plans that morning, and Goldman was walking with him to catch his train. She really wanted to be in bed but went anyway.

“I was pretty out of it,” Goldman said. “I was trying to get home as fast as possible to go back to sleep and wasn’t ready for the day at all.”

Suddenly everything changed. As if struck by some saintly vision, Goldman’s eyes landed upon this: 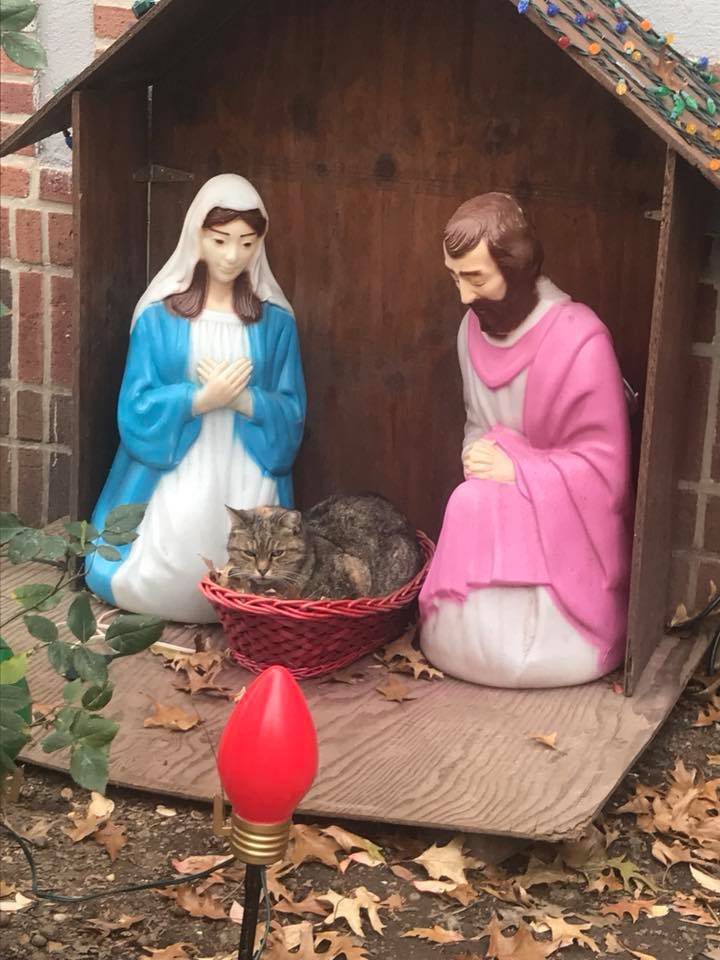 There sat a random plump feline sat nestled in the manger of a little nativity scene.

Though he obviously was a disgruntled cat that seemed to relish in the quiet reverence shown to him by the display’s figurines.

Goldman’s reaction was a little different.

“I was laughing my ass off,” she said. 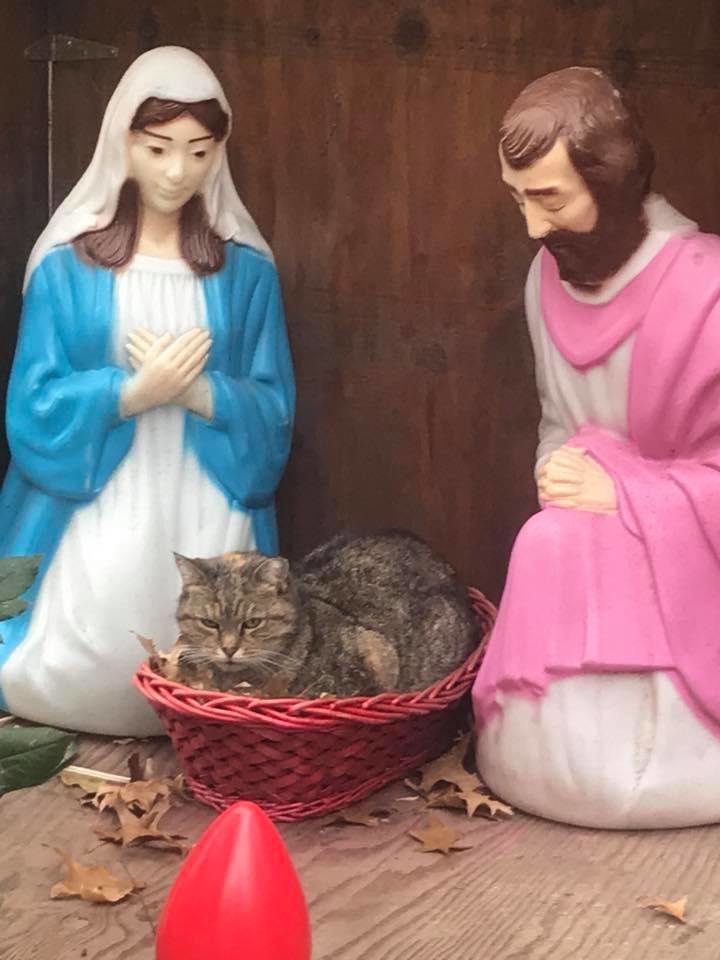 Goldman’s day had been brightened by the unwitting kitty.

“I guess you can definitely say he brought me joy while I was walking home. It was mood-lifting, most definitely,” she said. “Laughing that hard that early in the morning makes the rest of the day much more positive.”

Thankfully, Goldman was kind enough to spread that holiday cheer by snapping photos of the furry Scrooge.

“A good animal pic can cure anything,” Goldman said.